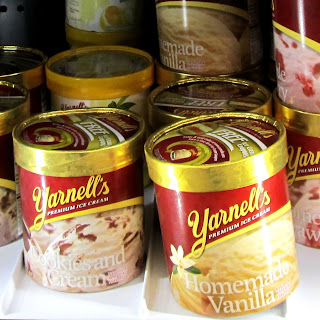 I was in the middle of a computer update when the news came over the web this morning. I kept looking at my phone, reading the messages coming across Facebook and Twitter while I helplessly waited for the computer to finish. By the time I could get back on, the rumor had been confirmed. Yarnell’s was no more.

The company’s owners met last night and decided that with no additional funding coming from the bank, with a looming electrical bill and rising ingredients costs, they had no choice but to close. 200 people lost their jobs this morning… many of them not finding out until they arrived at work in the wee hours, only to be turned back and told to go home. 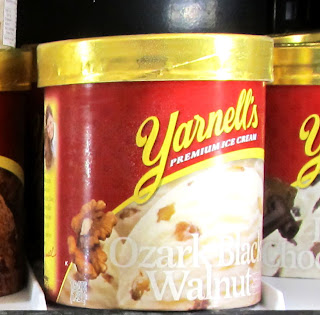 I’ve always had a soft spot for Yarnell’s. Last year I was granted a very rare opportunity -- the chance to tour and report on the behind-the-scenes action at the lone remaining ice cream operation in the state of Arkansas. I grew up on their flavors. Not having their presence available was inconceivable. 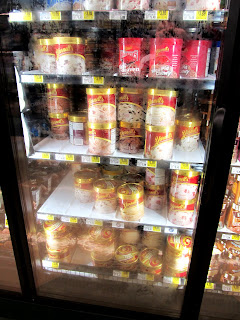 Like many others, I went to the store today. I found that the stocks had already been depleted, but I was fortunate. I missed out on Angel Food Vanilla but did pick up Death by Chocolate, Woo Pig Chewy and my favorite flavor from Yarnell’s -- Ozark Black Walnut. I considered purchasing more… but made a very clear and conscious decision to leave the rest for others.

While I was on the radio this afternoon, I watched Twitter and Facebook messages fly by as people called in to tell us about their favorite Yarnell’s memories and flavors. There were postings about the places where you could still find Yarnell’s. I sent out a message to Todd Gold, the president of Purple Cow Restaurants which have for nearly 22 years now exclusively used Yarnell’s ice creams in their confections. They’re switching to Blue Bell.

I haven’t sat down with a bowl of ice cream yet… been too busy writing and working to even think of it. But tonight I’ll share a bowl with my daughter.

A lot of the things we grew up with are going away. I know it’s all part of life and moving on, but it still hurts. At 37 years old, I can remember all sorts of amazing flavors and sensations, places and people that have come through my life. I was cleaning yesterday evening and came across a drawstring bag from Booger Hollow. At the time I just thought “hey, it’s cool I have this souvenir.”

Right now I’m thinking about the people who are going to have to find another job. About a family that’s been involved with ice cream for four generations. And about a loss to Arkansas culture that really can’t be replicated. Some might think the story has been done to death on the airwaves and the Internet today. Not me. I think we’re collectively mourning a little bit of our united experience. It’s a sad day in the Natural State.
To purchase this article, email Kat Robinson at 6/30/2011 05:02:00 PM