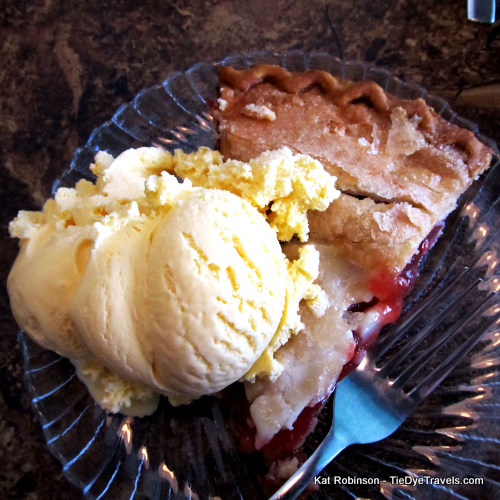 Rhubarb is a funny… vegetable. Or fruit, depending on who you ask. Looks like red celery, tastes like a sour cherry. Or something like that. Did you know the leaves were poisonous?
Ah, never mind. The stalk’s tartness when treated fairly and matched right makes for an excellent ingredient in a fruit pie. And one of the best examples of this can be found in Bull Shoals at a family restaurant called Village Wheel. 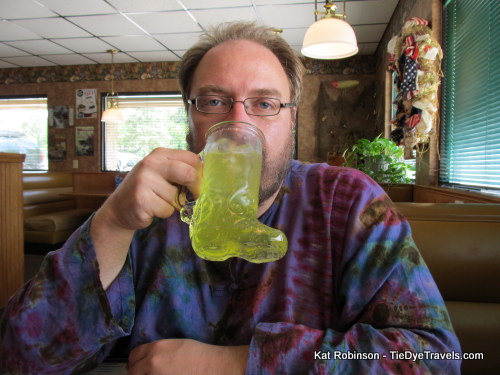 We dropped in for a snack last week, having missed lunch and not wanting to ruin our dinner. Our waitress set us up with beverages in glass boots — no kidding. First thing I noticed was the burger, of course — quarter and half pound Angus beef burgers. But I’ve had more than my fill of burgers recently. 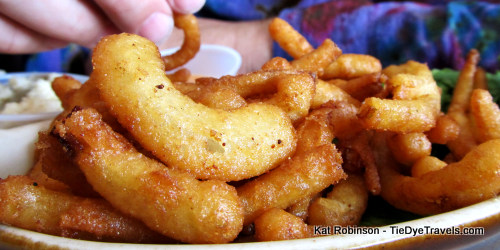 Instead, we each chose an appetizer. My companion went for the Onion Straws ($3.50) — beer battered half ringlets of sweet Texas onion with an accompanying sauce. These were a nice alternative to onion rings, small and well-drained and just enough to get a nice bit of flavor. 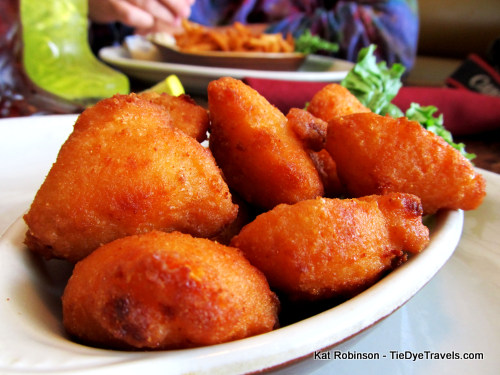 I was far more intrigued with my appetizer choice — the Mac & Cheese Bites ($3.50). Unlike those I’ve had other places, these weren’t pre-baked and then battered mac and cheese. Instead, the little pockets were filled with soft noodles and a lot of gooey cheesy custard. They were extraordinarily good. I’m glad we didn’t order entrees, because with that I wouldn’t have been able to tackle dessert. 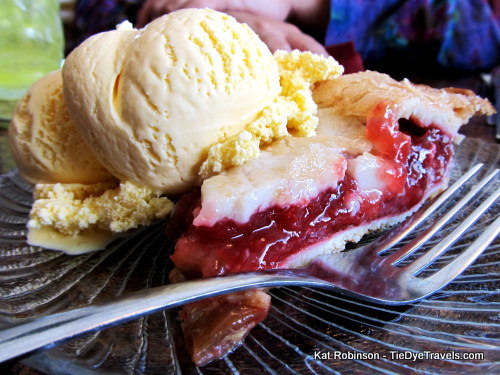 But dessert was indeed tackled — in the form of Strawberry Rhubarb Pie ($2.99). Dessert selections at Village Wheel change daily — on this particular day, Coconut Cream was already out. Apple was the other selection — but I really wanted a little rhubarb, ya know. 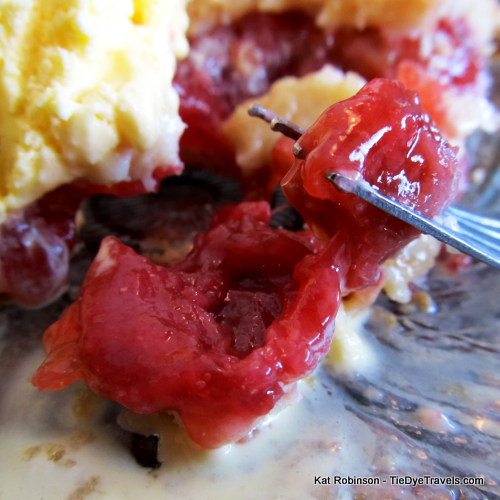 If you haven’t been graced with a slice of strawberry rhubarb pie before, you should know it’s not like a fresh strawberry pie. Fresh strawberry pies tend to be all sweet with the tiniest bit of tartness. This pie, like most, was puckering-ly tart in places, enough to make you salivate and start a bit. But it was also sweet. Within the pie itself bits of softened rhubarb and strawberry had become homogenized just enough to not be able to tell one from the other. It was a lovely jam-like filling. 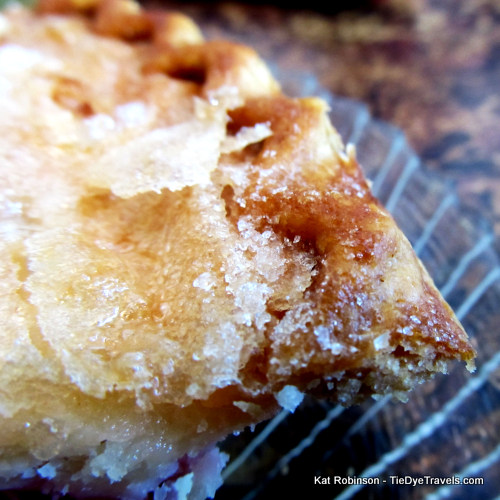 But what really set this pie apart was the crust…a savory, salt and flour pastry pressed into the pan. It had been crimped on the edge and then dusted with sugar — which was evident on the top of the crust. The center had started to soak in the juice but the bottom crust still retained its substance.
This pie… was so tart, though… it needed a big dollop of ice cream on top to balance it out. This is a milk-drinking pie, or coffee-with-cream. Nice job. 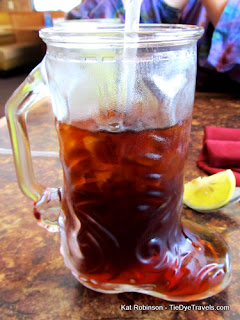