He Came To Arkansas. 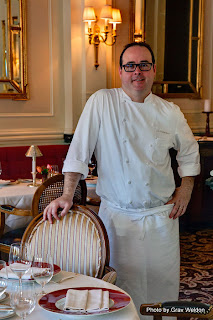 Lee Richardson is not an imposing man. He is not intimidating. The quietly spoken guy in chef’s whites does seem more focused and determined than the average individual, like one of those golf greats taking care of business on the course.

Richardson’s home court is the five kitchens of The Capital Hotel in downtown Little Rock. These self-designed kitchens produce the amazing four-star dining delights of Ashley’s; the top notch everyman’s grub at Capital Bar and Grill; amazing cakes and pastries for big to-dos and plate dinner service for functions in the hotel’s parlors and ballrooms and meals for hotel room service. 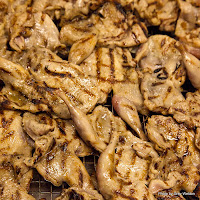 I sat down to talk with the chef one Friday afternoon in June. He was in the process of setting up a big outdoor dinner at the Historical Arkansas Museum a couple of blocks away. While we were talking my photographer was in the back, shooting food while the team worked on a meal that would be served to a hundred people in near-100 degree heat. The meal was less than two hours away, yet Chef Richardson was as cool as a cucumber. This is a guy who has his ducks in a row.

For a moment there was an odd grin that came through the stern discipline that Richardson exudes. The question seemed amusing.

“Well, there was Katrina. It required Katrina to come up here in the first place, and without that I might not have gone away from New Orleans.” 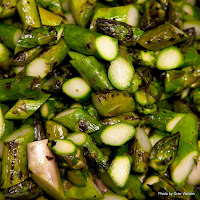 Richardson was Chef de Cuisine at John Besh’s famed Restaurant August in the Crescent City when Katrina struck. He’d started his career with a traditional apprenticeship at Emeril Lagasse’s NOLA and moved on to ventures with Chefs Kevin Graham and Anne Kearney. He departed for a two year stint in North Carolina before returning to New Orleans.

“After the hurricane, John (Besh) and Viking pushed me towards this place. The Stephens Family tagged on to help. They’ve been very helpful.

“When I arrived, I saw a lot of good things. I met Jody Hardin and saw what he was doing. Jody shared products from all over the state -- strawberries, chicken, lamb, eggs, Honeysuckle Lane cheese. I wanted to use these things. There was Peter Brave’s shrimp when he was working that operation. There was War Eagle Mill grains. These things were all part of the state. Coming here allowed me to see that it was here -- everything a chef needs.”

“Arkansas is perfect. It’s not just another part of The South.”

The persuasion worked. Richardson moved his family to Cammack Village and started working with the Stephens family to build up the restaurants that would mark The Capital Hotel as a destination for dining. 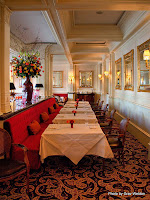 “The generosity of the Stephens family provided the opportunity to do something special. When I got here, the hotel had been gutted. They got plans, they had ideas of what they wanted to do. Three months after I got here those plans were discarded and we started anew.”

Richardson outlined what he needed and wanted. He took an integral part in designing not just the rebuild on the kitchen for Ashley’s but in the expansion of the kitchen for Capital Bar and Grill and the addition of three smaller kitchens that service the large meeting spaces on the first and second floors.

The restaurants opened in November 2007 to a lot of noise and commotion from the old stalwarts of Arkansas foodery. There were some comments on the update of Ashley’s, but soon both restaurants fell into good favor with customers and the media. Richardson’s New Americana cuisine took off and became an instant classic.

The chef had an idea of what sort of direction he wanted to take with the restaurant, but it took time to determine what would actually make it on the menu. 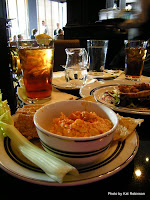 “I really didn’t have a menu as such in mind until right when we opened. What were the signature things going to be? They pop up, they develop, they happen. Like pimento cheese and soda crackers in lieu of bread and butter. We decided we had to have bar snacks to give away. At the start we were doing the smoked pecans as our giveaway and selling the fried black-eyed peas. We turned that around later. 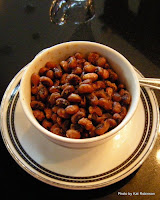 “What I wanted here was a sense of place. To pull that off, we had to learn what this place was about. In our kitchens, everything is handcrafted. All meat is hand cut, hand ground. We do everything -- fish cooking, baking, chocolate work, soup, smoking -- we feed our staffs with an in-house soup kitchen.”

“You make everything,” I asked.

“Everything, except the hamburger buns -- which we just can’t make any better than what we get -- and the French bread, which is flown in from New Orleans.”

“I can understand that… but why do you make pickles?”

“I make pickles because I like to make acid,” Richardson said.

That gave me a laugh. 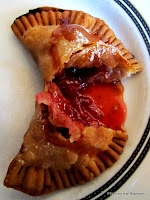 Richardson’s dedication to local food doesn’t just stop with local. He also believes in the seasonality of produce. What’s fresh is likely to be what’s on the menu. For instance, on that particular June day strawberry fried pies were one of the special dessert items at Capital Bar and Grill. You won’t see a strawberry any other time of the year, though -- at least, not a fresh one. And certainly not a chocolate covered one. As Richardson tells it, that can get under the skin of some customers.

“I won’t let people have chocolate covered strawberries for New Year’s Eve or Valentine’s Day. Covering a strawberry in hard chocolate and freezing it is a horrible thing to do to a strawberry. Now, a little warm dark chocolate?” That grin, again. 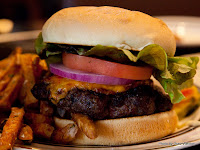 What’s in the future, then? The chef says he hopes the chefs that will train under him will go out and begin their own restaurants and spread the quality he’s been able to achieve at The Capital Hotel. But to bring more attention to the cause, it’s going to take an effort that will reach far from Arkansas. “We’re going to have to make a big splash nationally. Then we can get Arkansas on board with what we’re doing here. “Historical relevance is so important to our past. We are trying to get back to the land, and continue to lose our culture. Cooking local means cooking Southern. Southern food is humble. In New Orleans, the soul and heart goes into found things. Ideas about cooking there and here came about in a different time when people had help in the kitchen. More cooking happened. We got away from that, but food has to form that way. I feel pretty sure that this generation of parents are concerned about food, and more parents are sharing that experience with their children.”

The chef’s wife and daughter are flourishing in the new environment. Richardson says he’s planting roots here, that Arkansas has become his home.

“Arkansas could have been a place to just fall off the map. But I‘m doing good. I like it here.” 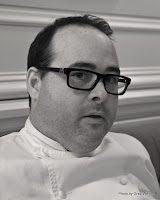 I have to say, I’ve met a lot of chefs in this job. Richardson has a spark I’ve seen in only a very few. He’s highly analytical, able to separate the emotion from the act of cooking when it comes down to brass tacks. You can still see the amazement in his face when he talks about food finds. But you can also tell he thinks about every portion of the meal, from meat to condiments, side dishes to dessert. He has a sense of balance and proportion. Little Rock is lucky to have him.
To purchase this article, email Kat Robinson at 7/11/2011 07:12:00 PM