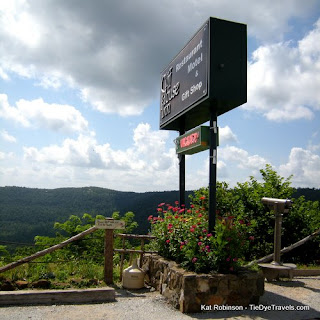 Breakfast on the Lake at The English Muffin in Hot Springs. 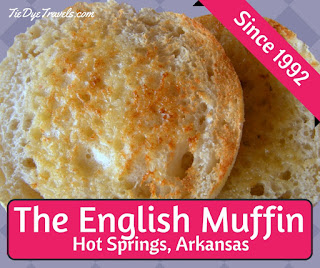 Searching for breakfast with a great view in Hot Springs?  The English Muffin sits right off Lake Hamilton, and has a lot to offer.

Burgers and Pie: A Brand New Ozark Joint Has Both. 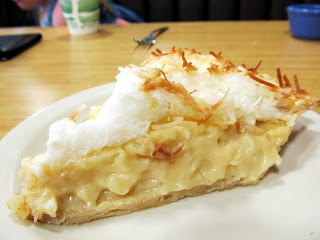 I tend to like truck stops. They usually offer decently clean bathrooms, 24 hour service and some crazy items. And sometimes they have good restaurants, though that tends to be with the older places.

This place I’m going to tell you about is just a couple of months old. Seriously. But it tastes -- yes, I said tastes -- like it’s been around a decade.

It’s the I-40 Travel Center in Ozark -- moreso, it’s Hillbilly Hideout, the restaurant inside. It could be the next great Arkansas gem in the making.

I stopped by briefly on my way to the Wakarusa Music Festival a few months ago. It was opening weekend and the place was packed. Mind you, that’s saying something, since a couple of football fields’ worth of concrete was laid down for all the expected traffic to the place. I managed to get some iced tea and noticed there were fried pies by the register, and I made a mental note to head back over that way.

Well, I went up to the Altus Grape Festival this past weekend, and right before I hit the road to come back I decided it was worth my while to head over to this travel stop and see if those pies were any good. There were a lot of people there, but nowhere near what I had experienced before. I had my daughter Hunter along for the ride.

Now, I should let you know, I was hot and exhausted and so was she. After we had spent a good portion of the day at the Grape Festival, we had checked out the Backwoods Arts Gathering up at Mulberry Mountain -- and saw the effect the 100+ degree heat had on that event. We wanted a good meal, a cool place to sit and plenty of iced tea to soak in. 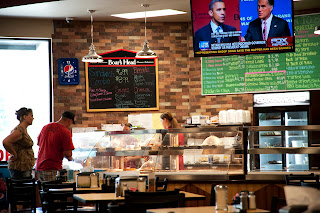 First thing I noticed when we went in is that there’s this deli bar at the end of the restaurant. At the deli bar, you can get just about everything you’d ever expected from a truck stop -- taquitos, jojo potatoes, pizza sticks, hot dogs, chicken fingers, cold sandwiches, fried chicken, fried shrimp, chicken on a stick... and then there were frog legs and hush puppies and catfish and ribs and beef brisket. So it was like a deli, a truck stop warming box and a BBQ joint all rolled into one. 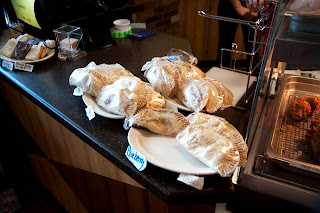 And right by the register were these big eight inch long fried pies. And they were tempting. But as I said, Hunter and I were seeking our sustenance with a side order of climate control and iced tea, so we had a seat at one of the booths. 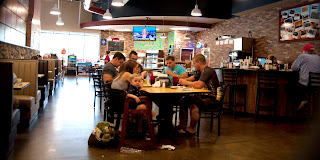 I have to say, I noticed all the waitresses had on lanyards, to which was pinned one of those blue Welcome to Arkansas pins. Watch for those when you go places. Those pins mean they’re ready to tell you all about the state. Our waitress was no different. She came over and asked if we’d been to the Grape Festival or the art gathering. When I told her both, she told us we were very ambitious. She took our drink orders and left us with a massive two-sided menu.

As I expected, one whole side of the menu was dedicated to breakfast -- omelets, waffles, pancakes, breakfast sandwiches, biscuits and gravy and platters. Everything seemed pretty reasonable, with the most expensive item being an eight ounce ribeye steak with two eggs, hashbrowns, toast and jelly for $9.99. Most everything fell in the $4-6 range. There were also kid meals offered for $4.99 -- chicken strips, grilled cheese sandwich, corn dog, hot dog, hamburger or a peanut butter and jelly sandwich on goldfish-shaped bread.

On the other side, it was a mish-mash of all sorts of different items. There were salads and sandwiches, soup and chili, a wide array of country style dinners such as chicken fried steak and grilled fish and open faced roast beef and pork chops. There were also a few Tex Mex items, and among the side items I was happy to see PurpleHull peas listed (though I would love to see sliced tomatoes and rice offered as well, but that’s just me being all Arkan-per-snickety). And there were desserts listed. And of course, there were burgers. 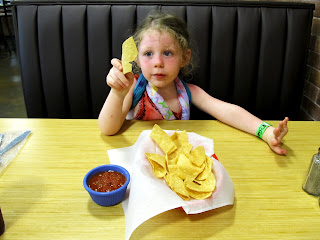 I compared a few prices and asked Hunter a few questions and we ordered. She got a chicken quesadilla and I ordered a Charlie Burger. And we sat and chilled out and enjoyed our beverages. 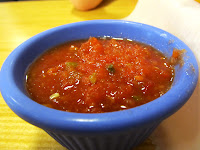 Our waitress returned with the chips and salsa that came with Hunter’s quesadilla. She went to town on the thick tortilla chips and homemade salsa -- a salsa that was just a little heavy on the spice for me but perfect for my girl. It was very fresh, as if it hadn’t even made it to a can, with nice pliant chunks of tomato within.

The rest of our order arrived a short time later. Hunter’s quesadilla was filled with cheese and hand-shredded chicken, which she took to quickly dunking in the salsa. Me? 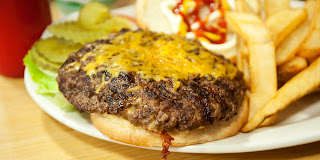 Well, this is what I saw -- a big ⅔ pound patty on a bottom bun, served on a platter with the plank fries, lettuce, white onion ringlets, hamburger dill slices, tomato slices and a top bun that had been squirted with mayo, mustard and ketchup. The patty was massive. And it didn’t take me long to figure out that it was oozing cheese. 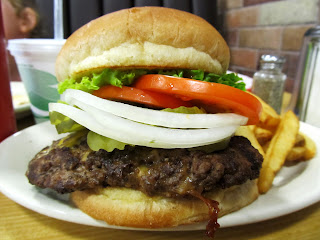 Now, the Charlie Burger is actually two patties with a slice of cheese in the middle, pressed down around the edges to create one patty. It was juicy, cheesy and hot and it was bigger than the bottom bun! And it was filling, which was kind of a detriment since I had another mission. 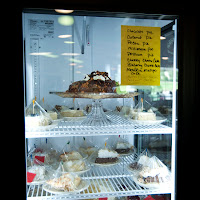 See, when I had entered the place, I had seen the pie case. It was full of pies, cakes and other sweet delights. It had changed my mind about having a fried pie. I needed to know about those pies. I really did. So I asked what pie was available, and was told either chocolate or coconut. Hunter made the decision for us. 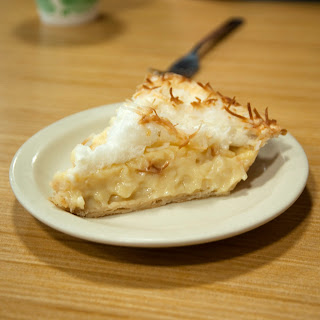 And it was a good decision. The pie that came out to us was on a nice slightly salty blind-baked crust. It had a moderate amount of coconut-infused meringue, and one of the most perfectly conceived coconut custards I have ever consumed. The custard was packed with gentle flavor yet not too sweet, addictive even. Hunter insisted on having more than half of it and asked for more. 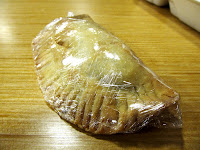 So I asked about the pies and the fried pies by the counter. Turns out they’re made by two different ladies. Ms. Janie makes the fried pies, and they’re individually wrapped to take with a traveler on the road (though I suspect that if you wanted to eat it there they’d heat it up for you). I requested a peach pie to take home once I heard it was made from local fruit. 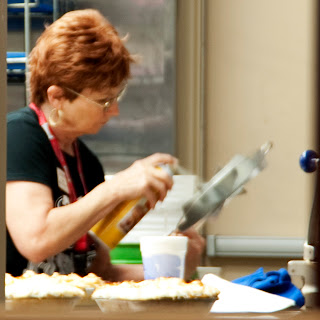 While that was being rung up, I noticed a lady in the back working with a couple of meringue pies. When my ticket came out my waitress offered to show me what she’d been working on. I am assuming from the conversation that the good lady I saw was Mrs. Rhonda Vaughn... and the pie? It was like nothing I’d ever encountered. It took two great pies and blended them together into something undescribably heavenly. 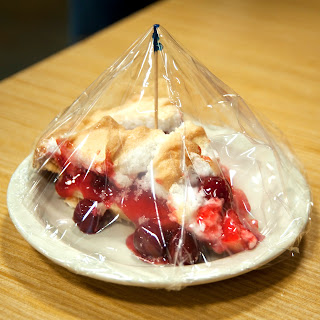 Well, I was already stuffed and I already had a box of leftovers and a fried pie, but I ponied up and bought a slice of that cherry cream cheese meringue pie to take home with me. And I have to tell you, when I got up the next morning I had it for breakfast and it was absolutely divine.  And I ate that peach pie for lunch... and it was marvelous, with the center all spiced and falling apart and with that great homemade flavor...

So... there’s a little more to this story. When I was editing the photos for this piece, I noticed the sign on the pie case and clutched my chest a little. On the door it listed the different regular varieties, which included not only Possum Pie but the elusive Millionaire Pie (which until now I’ve only found at pie walks and Furr’s Cafeteria). I tell you something -- I have a friend bringing me a slice of that Millionaire pie right now. And I am looking forward to trying it.

And there's a piece on 40/29's website about how they're offering green hookups for truckers.