The Bulldog Restaurant in Bald Knob is a Classic. 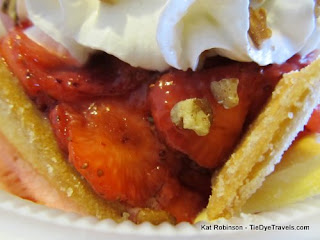 For ages, generations of Arkansawyers have been dropping in at the Bulldog Restaurant in Bald Knob for burgers, ice cream, pie... and the most famous strawberry shortcake in all of Arkansas. 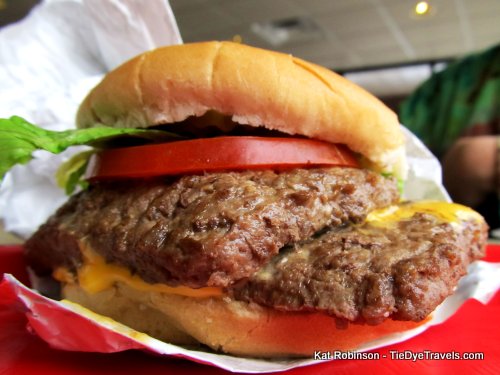 Bald Knob is a familiar crossroads to anyone who takes to exploring northeast Arkansas. From there, you can head out in any of the cardinal directions and hit another big town along the way — Batesville, Newport, Searcy… names that you become familiar with when exploring the Highway 67 corridor.

A lot of folks were introduced to Bald Knob for the first time this past month when rising waters along the White River basin forced the closure of I-40. Instead of the regular route, drivers were sent along Highway 64 to Bald Knob, where they boarded Highway 67/167 and went south to rejoin the interstate. The Bulldog Restaurant is not far from this intersection — maybe a block and a half. It’s been around for ages serving travelers and locals alike. It’s known for its strawberry shortcake… which I didn’t try on my last visit. It’s also known for its juicy square-patty burgers, which I did try.

There’s always someone in line when you get there. Always. Even without extra traffic, the place stays busy from when the doors open until they close. The tables are often packed. 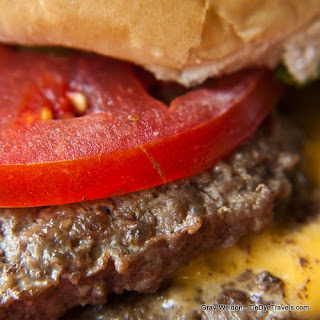 For our research purposes, we decided to share one of the half pound burgers. The regular burger is a quarter pounder for $2.49; picking up an extra patty at $3.39 (90 cents more) seemed like a no-brainer. Burgers come with lettuce, tomato, pickle, onion, ketchup, mayo and mustard. We forwent the mustard and onion. We did add cheese for 30 cents more — bacon is 40 cents if you want it.

We had opted to also share an order of fries ($1.15 small, 1.65 large) but were also enticed to pick up a slice of coconut meringue pie after seeing it sitting on the counter. 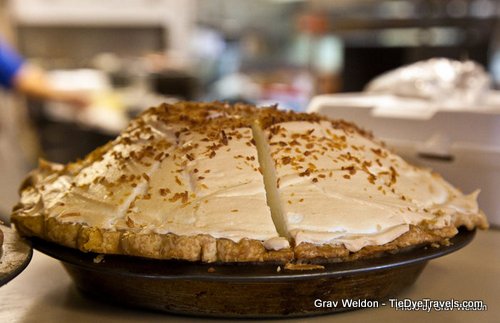 After placing our orders we received a receipt and cups for our beverages. It took about 10 minutes before our burger, fries and pie were delivered on a red plastic tray. The burger was loosely wrapped in a foil/paper wrapper, we believed for ease of eating. 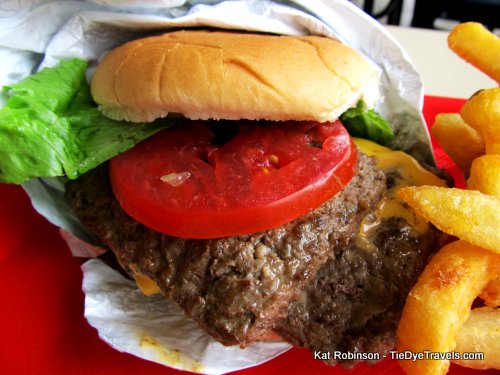 The burger patties — square patties at that — sprawled across the bun, halfway sliding off one another but held together with the American cheese sandwiched in-between. There was a large piece of iceberg lettuce under the seedless top bun, a generous and juicy slice of tomato and then the patties. The untoasted top bun was smeared with mayo and concealed the hamburger dill pickles that remained with the bun when it was picked up. Ketchup partially soaked the bottom bun, which was already taking in a lot of juice from the patties.

Those patties — those square, fat patties — were moderately packed with a light crust and a nice griddle flavor. They had a taste of salt and pepper to them and of onion and garlic. In fact, a close inspection revealed dozens of tiny onion pieces within the patty itself.

It was difficult to pick up after slicing the burger in half, but we managed — managed being an operative term that suggests the consumption of said burger, even if part of it was with a fork. The battered fries were nice and tasty with it. 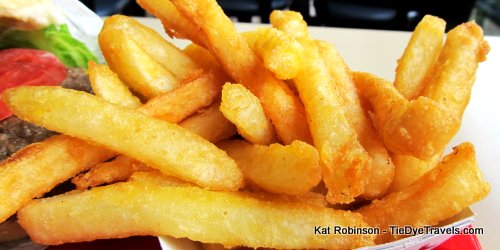 My traveling companion has picked up the habit of having barbecue sauce with French fries, and had requested this hear. What we received was the house sauce — a heavily mustard-based sauce with a little brown sugar sweetness that did nothing to overcome the tart smack of the mustard. It was a Carolina style sauce, surprising for these parts. We discovered that this is also the sauce used on barbecue pork butt sandwiches sold at the restaurant, another favorite. 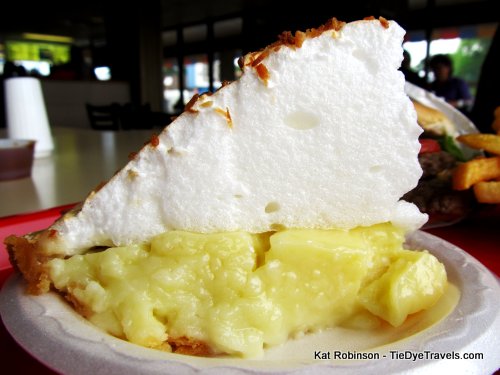 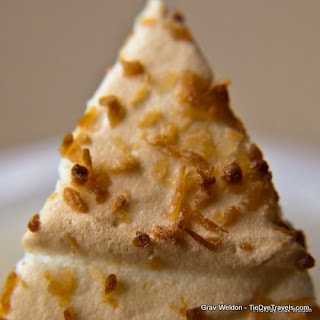 The burger was tasty, substantial and filling — which left very little room for pie. The coconut meringue was a sweet but not too sweet creamy custard on a flour-based crust with a bubbly meringue on top. The toasted coconut-flaked top of the meringue was almost crusty, the meringue bearably but not heavily sweetened, very eggy in nature. The foam of the meringue was quite… foamy. Airy. Almost plasticene bubbles to break and smash.

It was a nice custard, heavy on the coconut flavor but more a cream dotted with flakes than a packing of flakes with a little cream. The bottom crust was golden, perhaps blind-baked, and kept its consistency throughout the consumption.
And still that line was in place, even after we were done with lunch and were preparing to get back on the road. I will be back for another burgr.