How Far Would You Drive? The Second Ms. Lena's Fried Pies. 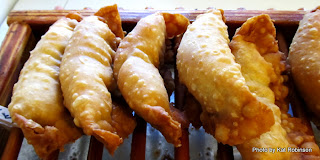 For years now, when I’m actually free on a Saturday I mosey over to DeValls Bluff to pick up some pies at Ms. Lena’s. But they’re only available on Saturdays -- and always have been, except for about a year there from spring of last year to this one. 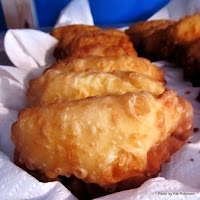 They’ve been rare treats I purchase in bulk -- that never survive 24 hours in my house.

But what if I were to tell you that you could have those fried pies five other days of the week -- for the price of another 30 minutes worth of drive time?

I’m willing to make that drive. 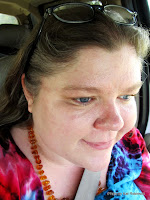 It’s a long relaxing drive from Little Rock. Yes, I know I could take I-40 and speed along a while there, but why? Take Highway 165 east from Little Rock, down through Scott (where Cotham’s Merchantile is), Keo (past Charlotte’s Eats and Sweets), England and Humnoke. Go through the four-way stop on the way into Stuttgart, straight. It curves around and meets Highway 79. You take a left there, and a couple block-lengths later you turn right onto Arkansas Highway 146.

It meanders a bit but otherwise takes you straight over to Casscoe.

At Casscoe, you pass Highway 33 North and turn right on Highway 33 South. You might see the tiny white hand lettered direction sign; then again you might not.

You go a little further and turn left onto Highway 33’s spur. That’s Cook’s Lake Road -- you’ll know it when you see the little post office. 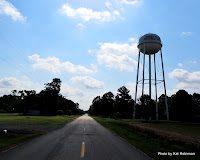 You just keep on going until you pass the Grand Prairie Regional Water tower on the right. Then start looking for the sign on the left. It’s poked back a bit, but it’s there. 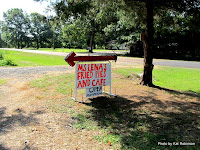 This sign. You turn by that house and go to the backyard… and there you’ll find the restaurant, a beige building with a red door. Watch out for the stray chickens.

This… is Ms. Lena’s Fried Pie Shop… version number two. Yes, Viv is still making pies at her place in DeValls Bluff. But here you’ll find Carl. He’s the man who still makes the dough for all those fried pies. And he’s selling them every day, Monday through Friday, for just $2 each.

I’ve been hearing about the new place for a little bit, and I was so anxious to see it I drove out there on opening day, Monday the 20th of June. As I made it further and further out into the Delta, I got worried. How’s this place going to work?

Well, the pies, of course.

See, I went into the kitchen at Viv’s shop when they started selling fried pies again 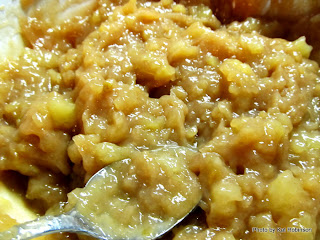 last month. I got to see the whole operation from the back end. They start with good fillings -- no preservatives, just what’s supposed to be in the pie. For instant, the apple pie filling is just chopped up apples in their own juices with a few spices. The chocolate custard is made from scratch. And those apricots… well, we’ll talk about them in a minute. 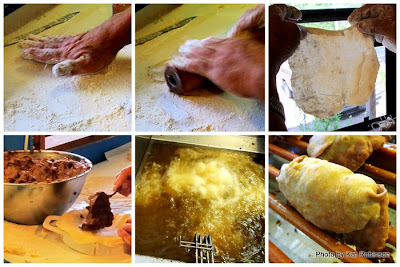 Carl was in charge of making the crust, that special recipe that Ms. Lena shared only with her children. The dough was rolled into equal portions in balls. He took each one and smashed it with his hand, then rolled it out with a small roller. He’d flip it and roll again, four or five times. How could you tell it was thin enough? When a fully rolled out crust is held up to the light, you can see through it.

Carl would stack those crusts in a floured stack, and Viv would take each one, put it in a crimper, dollop filling into the crust and crimp it over. She would then take the pie and put it directly into the fryer, where it would cook up a good minute or two. Out of the fryer each pie went onto a wooden rack to drain.

Now, because those crusts are thin, there’s sometimes a blowout -- and the rule is in the shop that if there’s a blow-out that pie has to be eaten behind the counter instead of sold. Funny how the chocolate pies are the most likely to blow out. 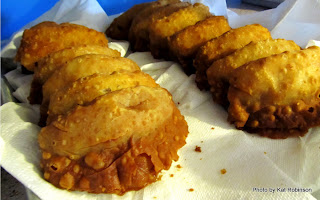 The apricot doesn’t blow out that much -- probably because Carl doesn’t care for them too much. Well, everyone has their own preference.

Those pies, though… they are fat. They’re packed with filling. The crust is amazing. It stays crispy. If it gets a little under-crispy, you just wrap it in a paper towel and stick it in the fridge and it crisps back up. Unreal. They are heavily, heavily addictive.

To be able to get one of those pies on a weekday? Pure heaven. So yeah I went. 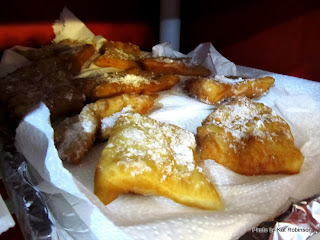 I walked in the door, and noticed Carl already had customers who’d come out for his opening day. Our conversation started and quickly turned to the subject of beignets. That’s right, beignets -- fried dough, or doughnuts without the hole. One of Carl’s customers was telling him he needed to put some more powdered sugar on that thing. 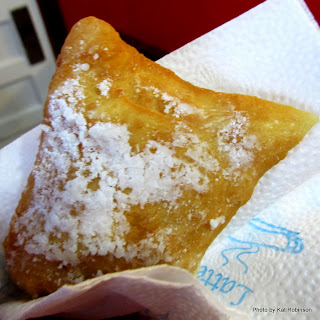 So, these beignets… they were about four inches square, just under an inch thick and golden brown. The dough itself wasn’t sweetened but they were sprinkled with powdered sugar. I had me one. I agreed with the customer -- yeah, a little more sugar would work. Carl mentally took a note on it. 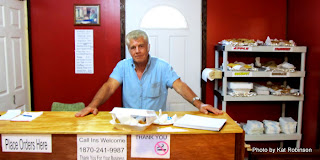 We talked a bit. Carl’s planning to be open 6 a.m. to 8 p.m. for the folks in the area… the farmers and whatnot. He’s going to serve up pork barbecue sandwiches with slaw, burgers and fries and pies to whomever comes along. I can appreciate that. 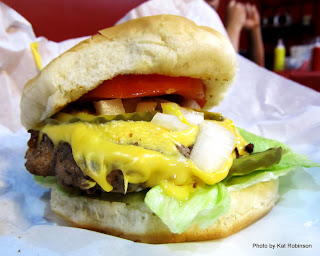 Now, even though it was nine in the morning I was hungry for something more than beignets, so I ordered up a cheeseburger. Carl got to work in the back while I chatted with the other customers. He brought out this burger that I swear coulda come from my kitchen. Soft white bun, untoasted. Mustard on the top with a generous slice of tomato. Mayo on the bottom with a big leaf of iceberg lettuce. American cheese melted into the patty. A lot of ridgy dill pickles and chunks of white onion. 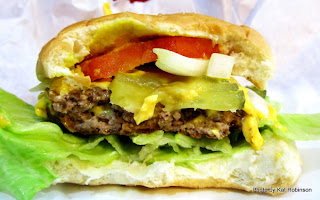 Carl’s cooking up his burgers in a frying pan, sorta like what you get at the house. I can dig that. Salt and pepper. Simple.

Turns out, I’d just eaten the first burger at the new restaurant. Well, there you go. 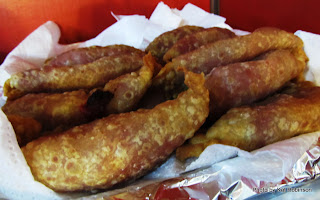 I was getting set up to head back and ordering the pies I’d take back to Little Rock with me. I noticed he had strawberry fried pies, one of the very few flavors I’d always managed to miss at the other place. Carl let me try one. Aw, man, that was good. The filling -- just strawberries, mashed up a bit with sugar. Nothing else -- no gelatin, no spices, no preservatives. So simple. 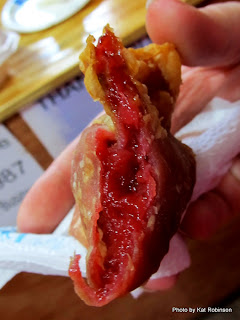 I left out with my fried pies and headed on back. It’s nearly an hour and a half drive to Little Rock going the way I came. Probably about the same going the other way, up Highway 33 to DeValls Bluff (where the other Ms Lena’s happens to be) and on to I-40 and across. But I tell you, it’s worth it. My husband, who’s already had his share now of the chocolate and strawberry pies, will tell you the same.

And don't you forget -- Viv's still making pies too in DeValls Bluff. Go get you some.
Told by Kat Robinson at 1:30:00 PM