Own Your Own Natural Bridge. 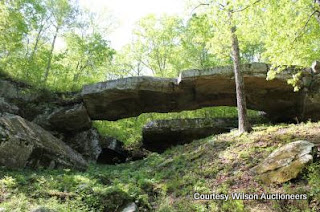 I spent a lot of time as a little girl traveling up and down Highway 65 north of Conway for family obligations.  I remember those treks with some trepidation.  They were long drives on curvy two-lane roads, many of which were steep and treacherous. 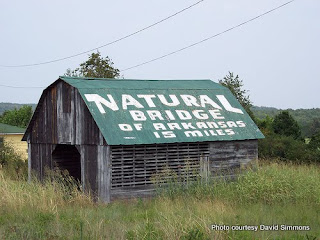 Of the things I recall most vividly along that road were the green and white signs promoting Natural Bridge.  Signs, sides of buildings, barn roofs -- all painted to draw visitors to a particular site along the side of the road.  On my first visit to Chattanooga years later, I would see all the signs that cried out  “See Rock City” and instantly be reminded of the Natural Bridge signs.

I had a vague memory of actually visiting the place… which, as I found out this weekend, was a completely different Natural Bridge near Eureka Springs.  Meh. 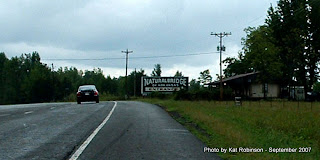 As I grew older, those signs started to fade.  Many were bypassed as Highway 65 was straightened, widened and bypassed left and right by the new roadway.  The kinks were knocked out and a lot of the interesting things along the way suddenly weren’t on the way any more. 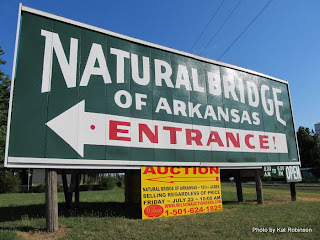 I noticed on this most recent trip that the signs had been repainted, and I was glad for this.  It was a sign that something good was happening, that one of these old roadside attractions was being saved.

Or so I thought.

On the way back from my trip I noticed a big yellow sign under the turn-off for Natural Bridge.  I had to stop and go back and look at it.  Sure enough, there was a sign saying the place was going to be up for auction.

Well, I had to go check that out.

I drove down the paved lane past a few houses, saw another auction notice sign and passed through a gate.  Suddenly the road became very strongly curved and treacherous, a tight zig-zag down into a valley hundreds of feet below.  It was extraordinarily steep.  I prayed the road didn’t suddenly go to gravel.  I’d slide all the way down. 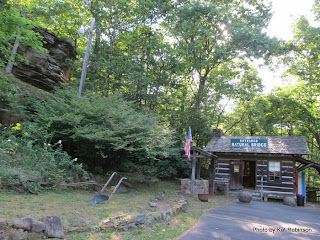 Several short hairpin turns later I arrived at the bottom.  There… well, nothing looked familiar (which made sense later on when I realized I had the wrong Natural Bridge in the back of my head).  There were restrooms on one end of a little lot and an old hillbilly style shack on the other.  I stopped, took a few pictures and went in. 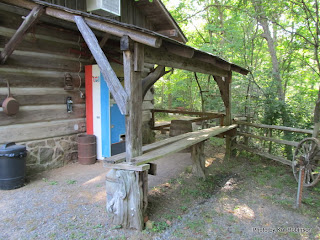 Turns out, the folks who run the place want to retire.  They’ve had Natural Bridge open for tourists since 1973, and they’re done.  They charge a little for the chance to go see the natural wonder ($4 at this recording) and that’s what paid for that paved road into the valley. 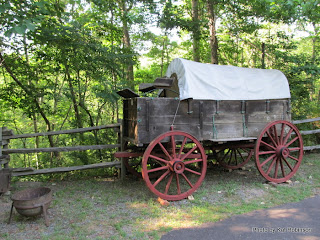 Being in a rush, I snapped a few more photos and headed out.  A less powered vehicle wouldn’t have likely made it back up that hill.  We’re talking straight up and down steep.  Worse than the approach up Mount Nebo, that sort of steep. 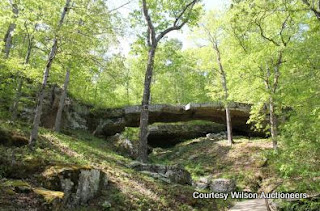 Back home, I went online and checked out the auction listing -- and realized I hadn’t actually been to the attraction.  Natural Bridge is actually about the length of two semi trucks parked end to end.  It’s… there.  Probably decently neat in person.  There’s also a moonshiner’s shack and some other stuff along the trail. 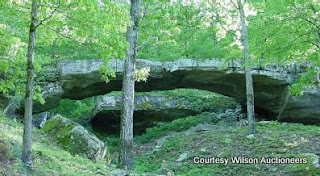 They’re asking for a $40,000 cashier’s check up front, then it’ll go to the highest bidder.  I hope it goes to someone who’s interested in keeping the attraction open and not some shale oil operation or the like… while it is way down in the valley, it’s a gorgeous descent.  Besides, I kinda want to go back and stand under that bridge now, just to see what it looks like in person.

If'n you're lookin' for it, you'll find it between Dennard and Clinton on Highway 65. Can't miss the signs.

UPDATE: My friend Suzi Parker covered the auction for Reuters; turns out, the property sold for $207,900 to Jack Smith, a retired Navy vet from Conway. He purchased it for his son James (the actual buyer), who currently works on a military base in Georgia. No word on the exact future of the attraction.
To purchase this article, email Kat Robinson at 6/26/2011 09:32:00 AM