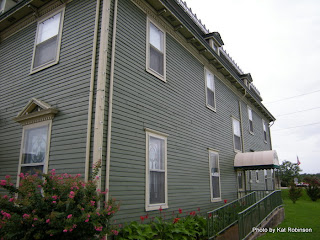 Face it, our state has plenty to be proud about -- and a lot of things that people of polite company would never find proud-worthy. The City of Fort Smith has taken something that many wouldn’t even want to touch in their history and made it into something memorable. 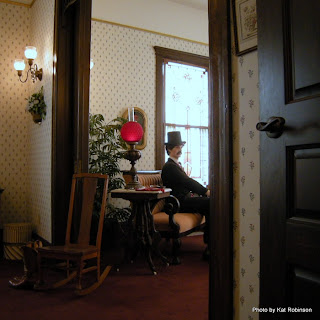 That would be Miss Laura’s -- a house of ill repute from the turn of the 20th Century. It had been built in 1896 as a hotel. In 1903 Laura Ziegler got a $3000 loan, bought the property and opened her bordello along the Arkansas River. Yes, it was allowed-- in fact, there were a row of six similar institutions all perched there on the west side of town. You get away with a lot more with a border state. 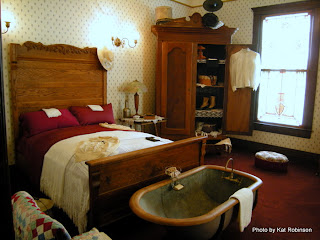 Ms. Laura took care of her girls. They couldn’t come downstairs without being fully dressed and they all received medical care. They cost more, too -- $3 a pop instead of the dollar the other bordellos charged. 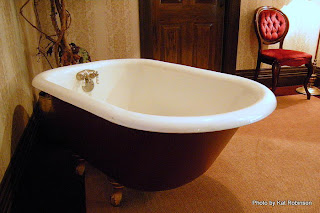 By 1910 there was an active movement to shut down the red light district, and that year an oil tank explosion took out two of the row houses and damaged the others.

Ms. Laura sold her bordello the next year to Bertha Gale Dean. 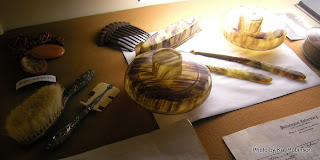 “Big Bertha” continued to operate under Miss Laura‘s name into the 1940s, when soldiers from Fort Chaffee heading to World War II would stop by the social club. It had deteriorated into a bit of a slum by that point, and after Big Bertha’s death in 1948 it closed. She left it to a man by 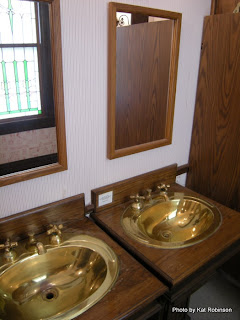 the name of Jay Bartholomay.

Eventually it was left abandoned, and it remained such for years, until Donrey Media Group founder Donald Reynolds purchased the property to keep it from being demolished in 1963. In 1973 it became the first bordello to be placed on the National Register of Historic Places and in 1983 remodeling began. The next year Miss Laura’s Social Club and Restaurant opened. 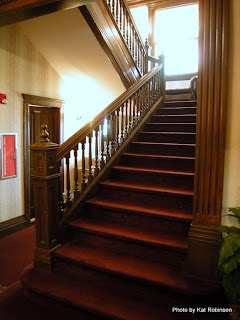 That didn’t last long, and eventually the building was donated to the city of Fort Smith, which turned around and made it into its visitors center in 1992.

You’d think the place had been through enough -- but in April 1996 a tornado came through and swept the roof clear off. The city got right back to remodeling the place again and today it’s still open. 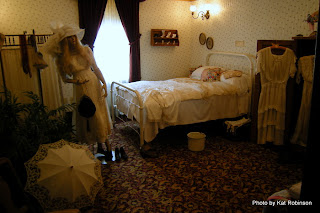 What will you find when you go there? Well, several of the rooms have been returned to how they would have appeared in 1903: complicated, heavily patterned wallpapers; velvet chaise lounges; bathrooms fully decked out as they would have been when the ladies worked there; bathtubs and boudoirs; restored stained glass displays right next to the originals and so close you can’t really tell a difference. 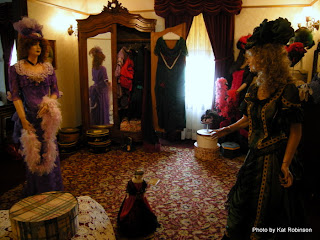 You’ll find a staff of dedicated workers who can tell you all sorts of tales about the place and show you upstairs. There are fantastic outfits both original and restored on display, and even a bathtub in the middle of the common area upstairs. Best of all, it’s a free stop, and a good jumpin’ off point -- the folks that work there know all the best restaurants in 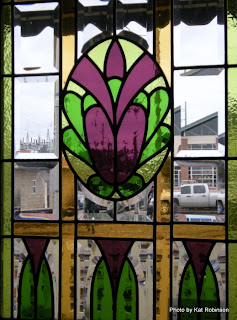 town and can tell you where to find all the neat attractions.