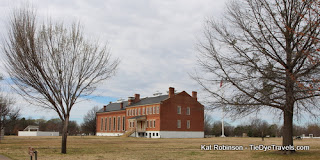 Isaac C. Parker ruled many times over the lives of men in a Fort Smith courtroom.  That facility and two early jails are preserved on land that was once the last reasonable outpost of authority before the crossover into the Wild West. Let's take a look inside the Fort Smith National Historic Site. 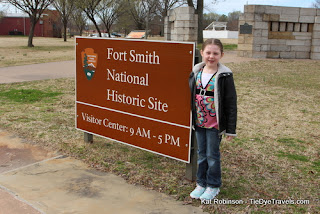 Hunter and I arrived a blustery morning in downtown Fort Smith to self-tour the grounds and the old red brick building at the Fort Smith National Historic Site, on our epic road trip along US Highway 71 from the Louisiana border to the Missouri State Line. This morning was all about history.

This site preserves almost 80 years of history, from the establishment of the first Fort Smith on December 25, 1817, to the final days of Judge Isaac C. Parker's jurisdiction over Indian Territory in 1896, It's operated by the National Parks Service and admission to the building is $6 for adults.  Touring the grounds on your own is free. 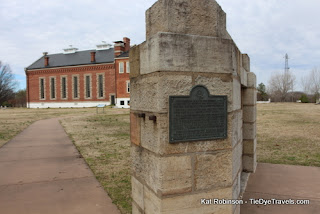 The very first thing at the entrance to this park is a portion of stone wall which bears a plaque.  It reads:


This memorial built of the original stones marks the location of the fort erected in 1838-1842 for protection against the Indians.  The wall was 12 feet high and two feet thick with portholes about four feet apart.  The main buildings in the enclosure were the commissary, two officers' headquarters, the quarter-master's headquarters and the soldiers' barracks.  Afterward, the United States Court presided over by Judge I.C. Parker of the Western district.  Erected in 1930 by the Martha Baker Thurman chapter, Daughters of the American Revolution, dedicated 1936. 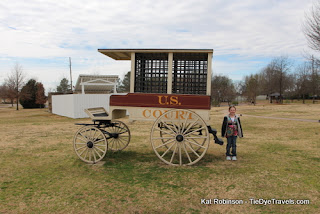 The gate at the corner of Third and Rogers is the main entry point to the grounds, though those grounds aren't fenced in.  On the grounds, you'll find markers where wells were once dug, cannons, a jail wagon and historic markers that show what was where throughout this area.

It was the French that gave the name to the corner in the Arkansas River where the Poteau River cuts in "Belle Point" back in the early part of the 18th century. But it would take another hundred years before a fort would be placed on the land.  In 1817, that fort was built right along the river... or at leas, where the river lies today.  Before the McClellan-Kerr Navigation System was put into effect, the Arkansas River wasn't the big fat rolling river it is today. At times it was shallow enough to cross on foot.

The fort was built as a military fort, but it was abandoned in 1824 with the establishment of Fort Gibson upstream.  The fort was reoccupied and expanded in 1838 and was a key area in the removal and resettlement of Native Americans. It was later taken over by the United States Court and became one of the most famous courtrooms in the American West. 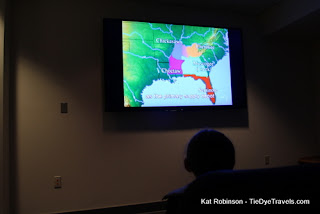 When you first visit the National Historic Site and enter the old jail and courthouse complex, you'll have an opportunity to view a film that shares that history, as well as that of the most famous person who walked its halls, Judge Isaac C. Parker.  What you learn about the man who ended up with the nickname "the hanging judge" is that he didn't care for sentencing men to death and never attended an execution. He wanted the death penalty abolished. 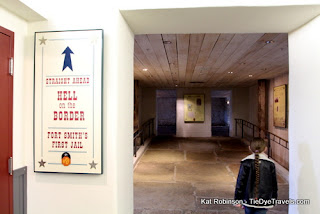 And then you enter the first jail with the knowledge of why this partially underground stone-faced room was considered Hell on the Border.  In here, murderers and high-profile criminals were kept, right along with those convicted of smaller crimes and individuals who were being held who hadn't actually gone to trial.  To call this space austere is simplifying things. 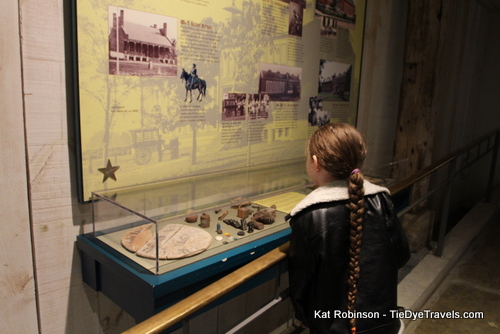 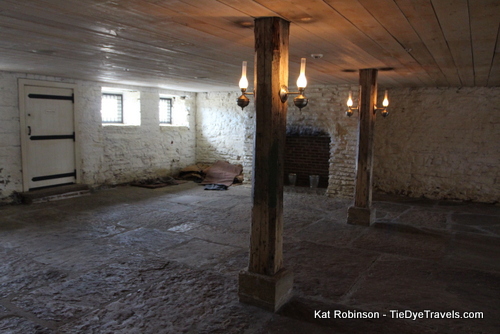 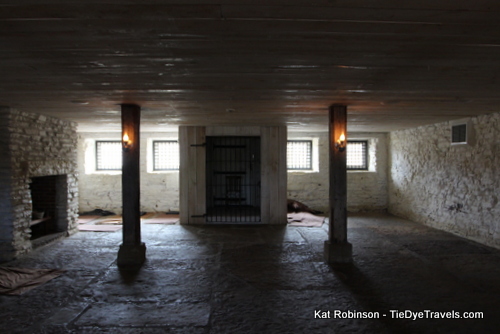 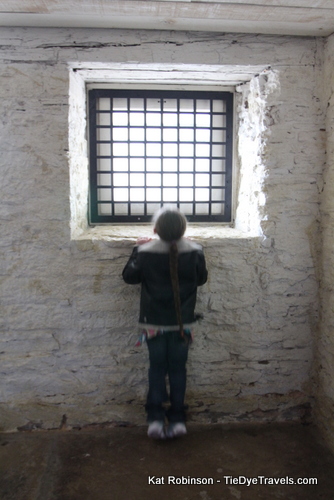 A temporary exhibit on the ground floor showcases photographs of Native Americans from a grand meeting of tribes. These images were taken during the Great Indian Council of 1865. 16 tribes were represented, including the Caddo, Cherokee, Chickasaw, Choctaw, Comanche, Cowskin Seneca, Creek, Delaware, Seminole, Seneca and Shawnee, Shawnee of Kansas, Shawnee residing in the territory, Quapaw, Osage, Wichita and affiliated tribes, and Wyandotte. 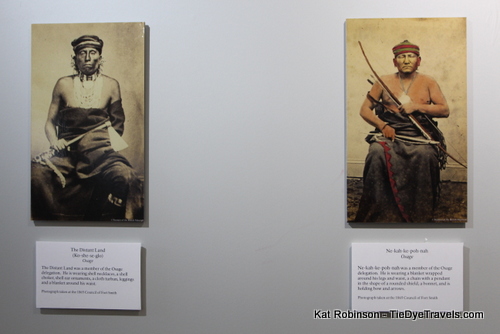 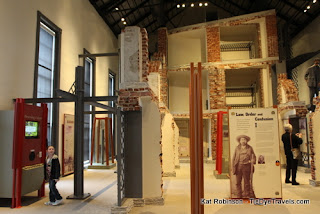 On the second story, there's a large structure that almost defies the mind on first site.  It's a slice of a three-story cell block, complete with separate cells, bunks and the cast iron cage around the entire structure.  It looks startlingly real.  The exhibits for Fort Smith's second jail are 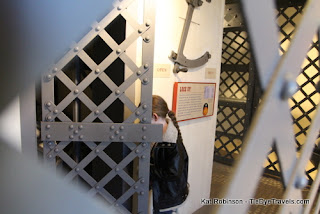 constructed from brick and mortar and are not going anywhere any time soon.  Turns out, this exhibit was created by the same construction folks who built the original jail!

This particular exhibit includes a rogues gallery on Fort Smith criminal, including the legendary Belle Starr, the Bandit Queen.

There are other exhibits that chronicle the different changes at the site, along with a section on the Trail of Tears. 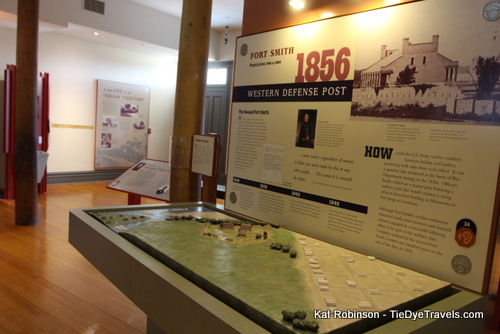 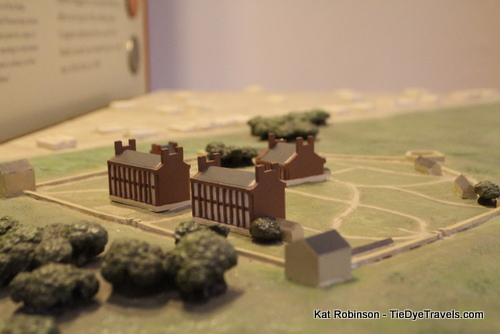 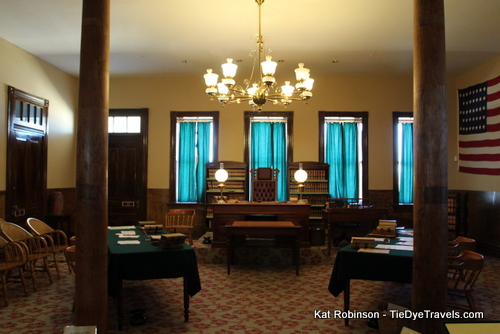 And then there's the courtroom of Judge Isaac C. Parker.  Though Judge Parker did move to another courtroom later on, this is the one he was most famous for, and it's been lovingly reconstructed.  You can have a seat and listen to a recreation of a conversation that took place there.  It's nicely done. 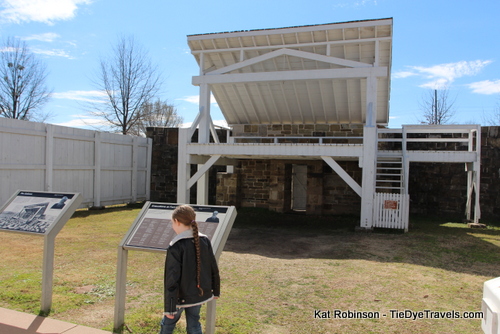 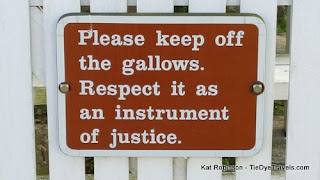 Outside the building, a whitewashed enclosure shows what the famed gallows would have looked like.  You can even look up from underneath and see the trapdoors.  There's an audio bit here too of a fictionalized account of a mass hanging. 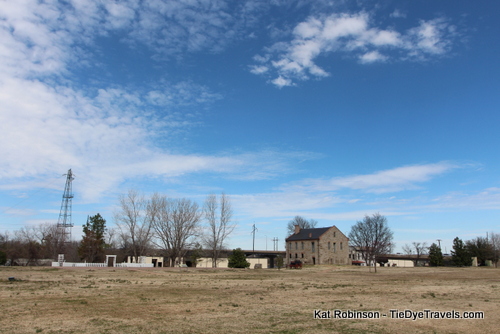 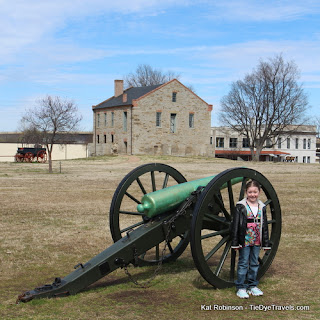 On the northwest corner of the grounds is an old stone building.  This was the commissary, and it's believed to be the oldest remaining building in the entire city of Fort Smith. Hunter and I would later discover that it was also the first home of the Fort Smith Museum of History.

There are a lot of neat things to check out at the Fort Smith National Historic Site. It's open every day except Christmas, Thanksgiving and New Year's from 9 a.m. to 5 p.m.  I do suggest dropping by Miss Laura's Visitors Center first.

To check out all the neat things we did on our trip, click here.