The House of Webster Serves Up Delightful Condiments. 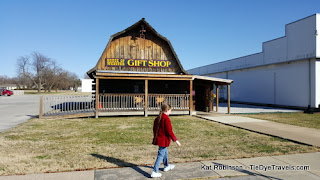 Started in 1934, this longtime Rogers standard offers jams, jellies, pickles and butters to the world along with world-class bacon, mixes and mustards.  Learn more about this home to some of Arkansas's best edibles. 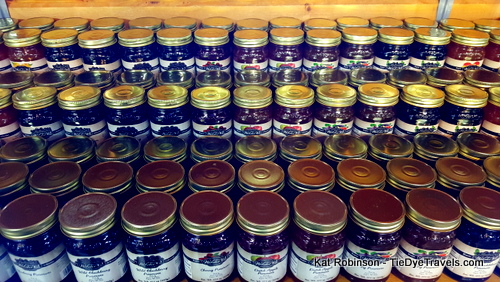 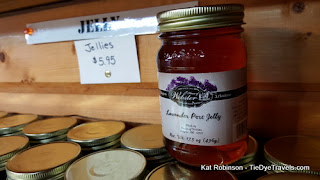 You've probably seen jars like this around Arkansas, and perhaps outside the state as well.  They're full of good products, and they come from Rogers, Arkansas.

Hunter and I dropped in to the House of Webster 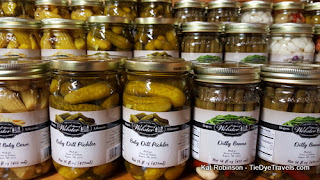 on our epic road trip along US Highway 71 from the Louisiana border to the Missouri State Line.  Or rather, we dropped into the showroom - since those legendary products are actually made at a large factory that stands beside this old log cabin. 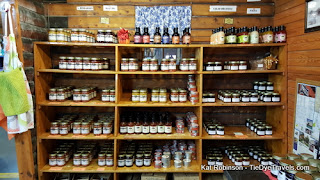 The company was started by  Roy and Evelynn Webster in 1934. Roy sold milk, cakes, donuts, pies and other delicious items baked by his wife on his newspaper route each day. By 1941, Webster products were being sold all sorts of places, including to a local 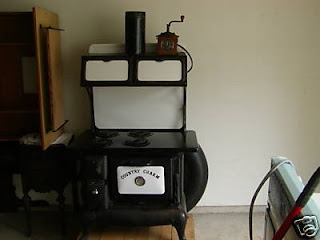 freight company that would use the jars of jams and jellies as gifts for employees during the holidays.

For a while there during the 1960s, the House of Webster did a lot more than pickles and sweet things - it was also known for electric cast iron stoves.  I kid you not! One was even featured on The Price Is Right - and celebrities such as Jim Nabors, Bo Derek, Kenny Rogers and Barbara Mandrel had them in their homes. 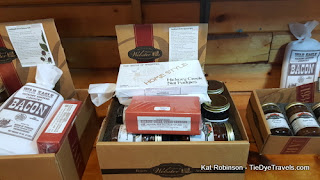 But House of Webster's big thing was gift baskets, and from the 1970s on the company concentrated on creating these unique Ozark packages that included those jams and jellies, pickles and mustards, hams and bacons and all sort of 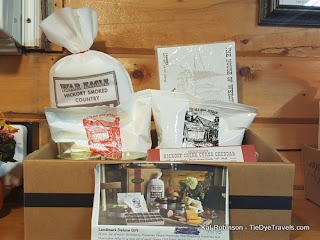 mixes.  They were rather popular, and they continue to be popular today.

Hunter and I stopped in to see about some mustard for Grav and something she could take home for herself. My daughter is all about jellies and jams, and even though Grav usually puts up whatever I harvest each year (usually wild plums and blackberries) it's never enough for her appetite. 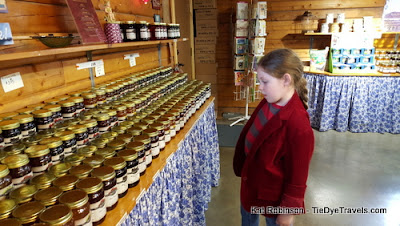 I don't think she was prepared for the truly overwhelming site of so many jars of jelly right at her line of sight.

Mountain-style smoked bacon to take home, as well as other sorts of souvenirs such as aprons, books and knick-knacks.

Our stop didn't last long, because Hunter found her 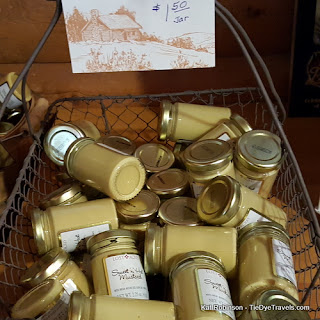 peach jam almost immediately.  But I ended up finding myself lured into the purchase of a delightful Orange Chipotle jam that I'll save for serving over cream cheese at our next social gathering - spicy but sweet and full of flavor. 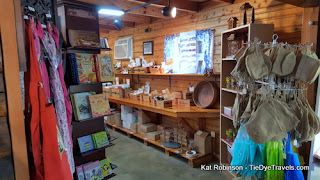 Saturday, and is a great addition to your itinerary.

And even if you can't stop in, House of Webster has a very complete and inviting website to peruse.
To purchase this article, email Kat Robinson at 3/24/2016 08:48:00 AM