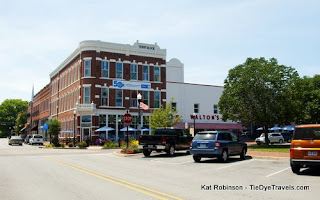 The nation’s largest retailer, Walmart, is based in Bentonville. The museum dedicated to the ubiquitous company is a lot of fun for kids and adults alike. Let's go take a look inside.

On Bentonville’s downtown square, you’ll find Walton’s 5 & 10, a storefront virtually identical to its appearance when Sam Walton opened it in 1950.  It was the second store for Walton, who had originally started with a Ben Franklin store in Newport.  After losing his lease on that property, he tried again at retailing, and his small shop became the start of a retailing empire now spanning the globe. 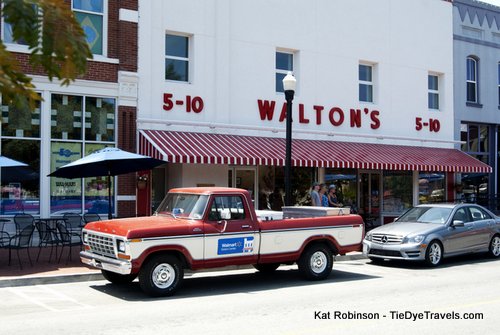 Look for Mr. Sam’s 1979 red and white pickup truck out front of the building.  Walton wasn’t much for replacing something just because it was old.  He loved his old truck, and even after he became a multi-millionaire, he continued to drive old pick-up trucks rather than a nice, new, fancy car. 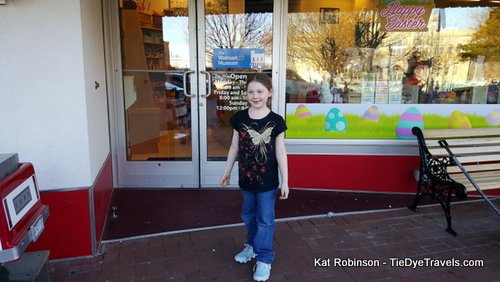 The entrance to the visitor’s center is a store in itself, offering all sorts of nostalgic toys, games and candies. 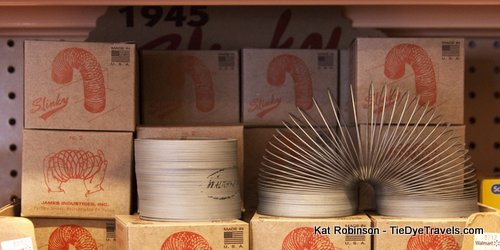 You can find almost anything you want here, from Wax Lips to Pixy Stix, Dubble Bubble and Clark bars and taffy, too. 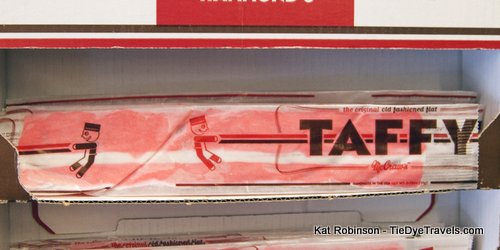 Just past the register, there’s a curtained-off section where you can watch a video about Sam Walton and how he came to be the magnate behind Walmart stores.  You can also watch that video here. 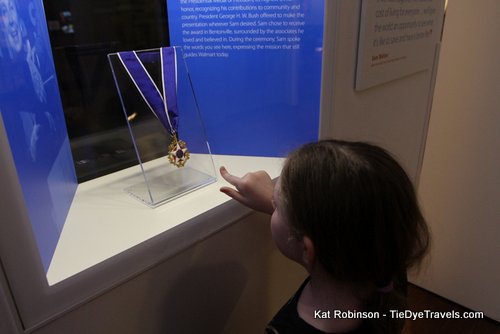 Just outside that enclosure, you can view the Presidential Medal of Freedom given to Walton by President George H.W. Bush in 1992. 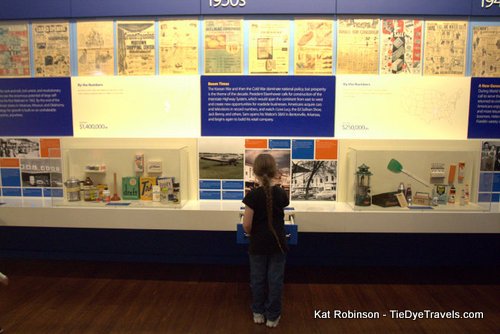 Within the museum itself, a timeline marks the history of Sam Walton’s stores. 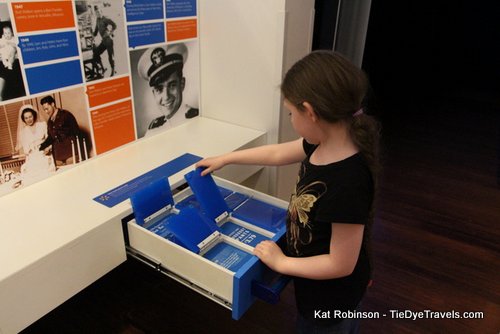 Each kiosk offers a hands-on kids display drawer, a selection of items from the time period, prices and how they’re reflected today and a count of how many stores Walton had at that time. 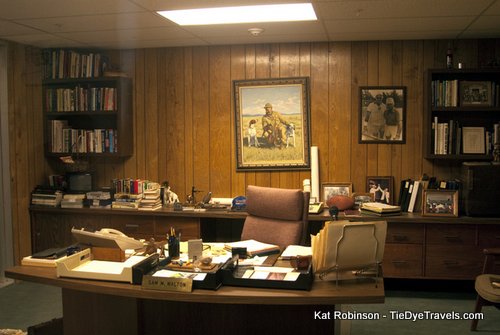 Behind glass, a perfectly preserved replica of Walton’s humble wood-paneled office sits, complete with the old desk and an old green phone. 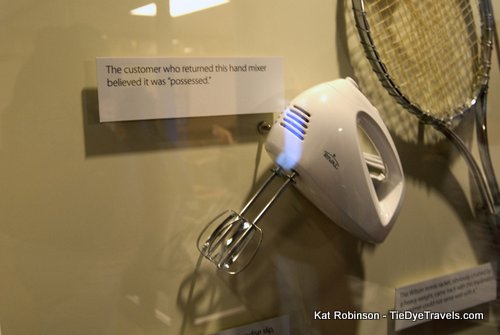 There’s a special wall that shows items people have returned over the years, including a thermal bottle produced and sold years before Walmart was opened and a hand mixer that was reportedly possessed! 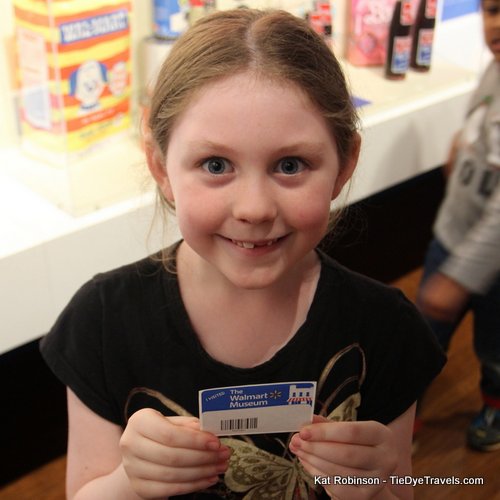 My daughter Hunter was especially thrilled to find in one of the kids drawers a special tool that converted her name into a barcode. 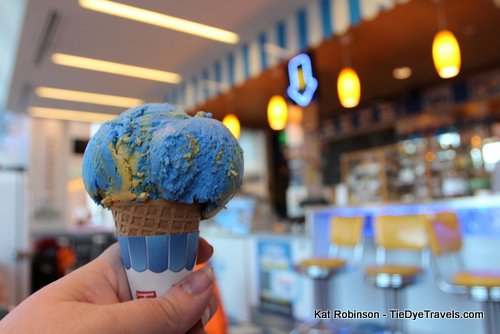 Once you’re done looking through the museum, check out the Spark Café.  The little soda shop at the end of the tour offers all sorts of ice cream favorites, including a Moon Pie Palooza (Sam Walton loved Moon Pies), a banana pudding shake and a whole lot of scoops of ice cream, including Butter Pecan (Walton’s favorite), homemade chocolate, homemade strawberry, real vanilla, mint chocolate chip, cookies and cream, Guilt-Free Vanilla, and Spark – a blue and yellow golden vanilla.  Arkansas’s own Yarnell’s makes all the ice creams offered at the Spark Café.

A visit to the Walton Museum is a must when you’re in Bentonville.  It’s open 8 a.m. to 9 p.m. Monday through Thursday, 8 a.m. until 10 p.m. on Friday and Saturday and noon to 9 p.m. on Sunday. For more information, check out this website.