Take A Shot at the Daisy Airgun Museum in Rogers. 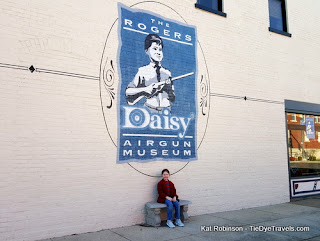 It's been 130 years since the first Daisy airgun was manufactured... and today, you can see models of just about every Daisy ever made at the Daisy Airgun Museum in Rogers.  Let's look inside.

You may not know this, but Daisy airguns only came about because of windmills.  No, really.  And we found out why when we visited the Daisy Airgun Museum in downtown Rogers on our epic road trip along US Highway 71 from the Louisiana border to the Missouri State Line. 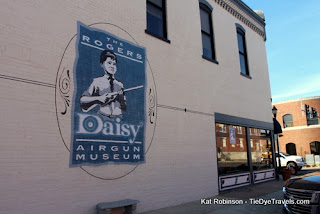 You can't miss this museum, at the exact place where Walnut Street meets 2nd Street on the brick downtown streets a few blocks off US Highway 71B.  And when you walk in, you can't miss the oversized airgun overhead.  Look up.  It's impressive. 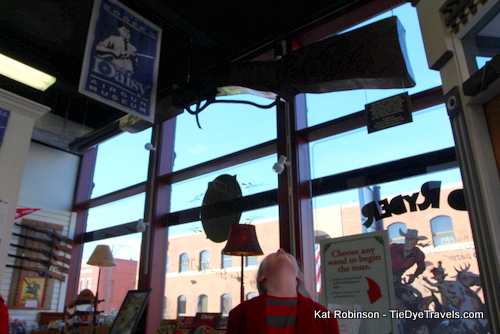 Air guns have been around since the 16th century. Daisy air guns were originally created as a promotional giveaway to go along with windmills. The air airguns became so popular, that the windmill place eventually made airguns instead. #daisyairgunmuseum #airgun #visitrogers #SpringBreakOn71 #openroadtrip #visitarkansas #us71 #openroad #epicroadtrip #cbopenroad #hondaroadtrip #arkansashighways
A photo posted by Kat Robinson (@tiedyekat) on Mar 5, 2016 at 7:22am PST 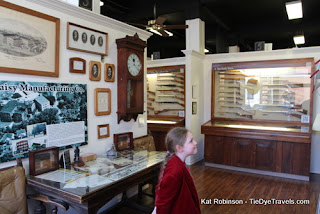 It's not the most impressive thing about this museum, though.  That fact would have to be the existence of the Daisy airgun itself, which celebrates 130 years in 2016.  It was originally created as a promotinal item.  Back in 1882, the Plymouth Iron Windmill Company was formed in 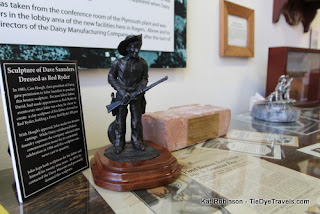 Plymouth, Michigan.  The first year, sales were good, but by 1886 they were dwindling.  So the folks there came up with a crazy idea - for every windmill sold, they'd give the buyer an airgun.  And thus Daisy airguns were born.

Legend has it that General Manager Lewis Cass Hough fired one of the airguns and cried out, "It's a daisy!" and gave the gun its name. 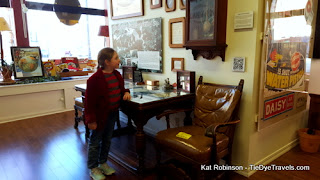 In 1958, the company moved the corporate offices and manufacturing facilities from Plymouth to Rogers, Arkansas.

This facility, which is part of a showroom and pickup stop for the Daisy Airgun Museum, 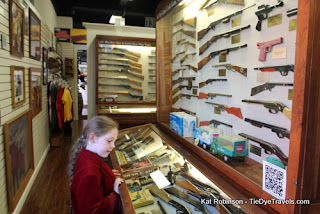 chronicles the history, from the origins of its first airguns through the years and its influence on the entertainment industry.  In fact, it's because of movies and serials that Daisy products really came to fame. One of the first such items was a zap gun created especially for the 1930s serial Buck Rogers in the 25th Century. 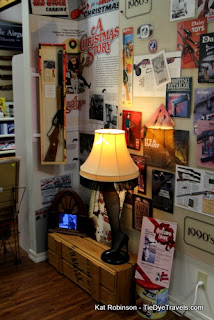 I won't give away the whole museum, but I will share a few highlights.  Of course, everyone knows the story of the Red Ryder BB Gun from A Christmas Story (which, I know you may be surprised, I have never seen), and there's a display dedicated just to that movie.  There are also informational displays on the history of Red Ryder and how the fictional cowboy came to be associated with the Daisy product.

This, though, was my favorite piece of the entire set-up. 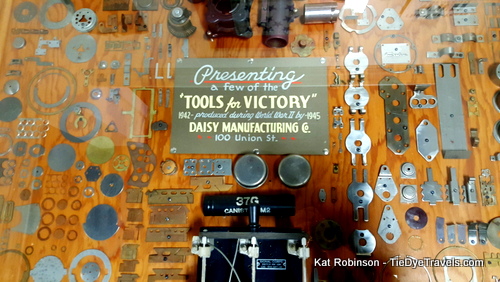 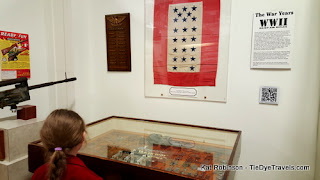 See, during World War II, a lot of industries closed down and others did different things from what they normally did during peacetime.  And for Daisy, that meant creating pieces that went into machines.  This display shows some of the many individual parts Daisy created, and it honors the men from the Daisy factory who served during the conflict. 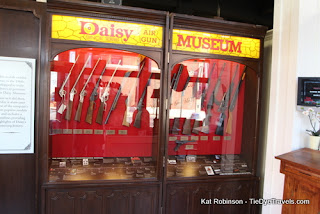 Admission for the Daisy Airgun Museum is just two dollars for adults and free for kids, and everyone gets a commemorative medallion when they exit.  It's open 9 a.m. to 5 p.m., Monday through Saturday.  For more information, call (479) 986-6873 or check out the website.