Fried Pies at The Rock Cafe in Waldron. 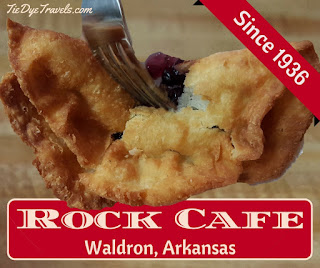 Opened in 1936, The Rock Cafe continues to serve the residents of Waldron, Arkansas for breakfast, lunch and dessert.  We had to try the fried pies. 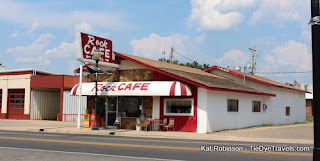 After a tour of The Scott Theater, Hunter and I decided to grab a quick bite at The Rock Cafe a block down Main Street. We'd shared a large breakfast at the Queen's Restaurant at Queen Wilhelmina State Park's lodge, so we weren't looking for a huge meal, just a snack.

The Rock Cafe has stood the test of time.  As I wrote in Classic Eateries of the Ozarks and Arkansas River Valley:

Every day at 5:00 a.m., the lights are on and the doors are unlocked for a traditional diner breakfast. Every day at 2:00 p.m. after the lunch buffet, the restaurant is closed, except on Fridays when it stays open until six. Every day, you go in and sit below ancient yellowed photographs of stars, from Elvis Presley to John Wayne, and order a meal that’s served under wood-paneled walls that have changed little with time.

Each day, the buffet is different. The fried chicken is excellent, and the chicken and dumplings are some of the best you will ever find. Thursday is Mexican fare; Friday is catfish. And little changes from year to year. There’s something wonderful to be said about that. Don’t get there at 1:55 p.m. and demand lunch, but do get a homemade dessert when you go—and if strawberry cobbler’s the offering, you are truly blessed. 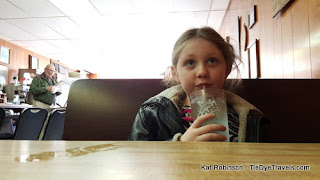 But we weren't in it for cobbler.  Nope.  The moment our waitress told us about the day's fried pies, we were all in.

While we waited, we watched others take their turns at the lunch buffet and heard conversations 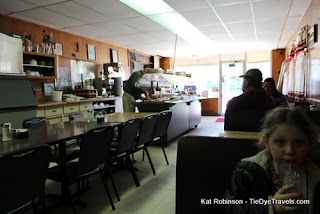 about the area. There was a rather interesting one going on a few tables away about how young people didn't appreciate classic restaurants any more.  Hunter and I both quietly snickered to each other about that. 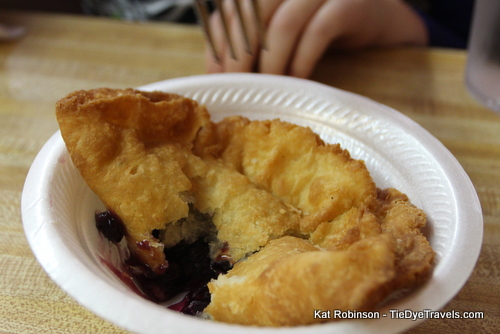 The choices had been peach, cherry, apple and blueberry, and Hunter's choice was dead set on blueberry.  When the styrofoam bowls were brought to the table a few minutes later, she nearly stabbed my hand with her fork in her desire to tear into that blueberry pie.  It was sweet but not tart, and it was rich. 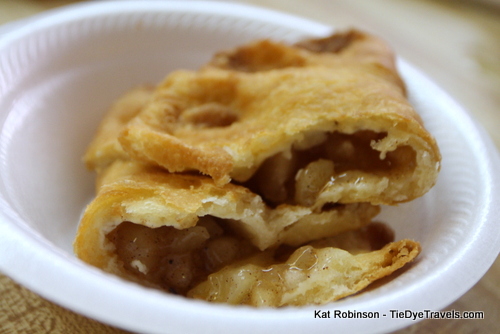 What made it, and my apple pie, so good was the crust.  It's the closest you'll get to Ms. Lena's famed crust, but not quite the same.  The buttery, flaky deep golden crust is hand-crimped over the fruit fillings, and they were piping hot and had that nice slightly floury flavor of a freshly made pastry. 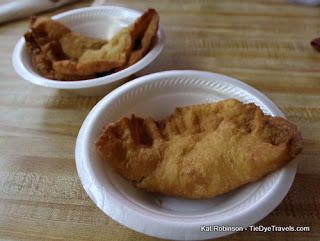 My apple pie was loaded with chunks of fresh cut apple, a sugary smooth syrup peppered with nutmeg and cinnamon and more apple bits.  It was divine.

It was also not a regular lunch.  But heck, life is short, eat dessert first, right?

Those pies all but disappeared in two minutes.  Our waitress, who was probably pretty amused by us, came back and asked if we wanted more pies. We settled on sharing a single peach pie.  After all, can't be really gluttonous about things, right? 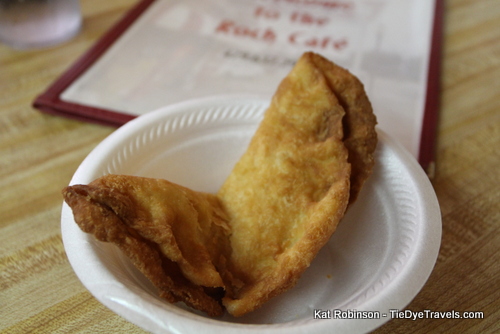 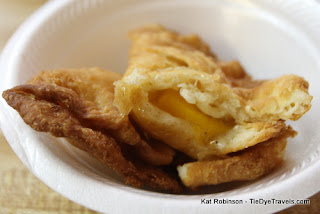 The peach pie came out - and yes, the peaches were yellow cling, but the added spice and the crust made all the difference.  Peach cobbler is pretty good but this peach fried pie would make cobbler blush with embarrassment.  It was so good. 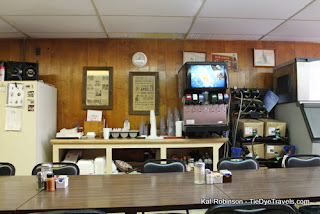 By that point, we had come to the end of our visit according to our itinerary, and with two more museum visits coming we knew we had to go.  So we paid up front and headed out to the car, and a nice young man brought Hunter's jacket out. 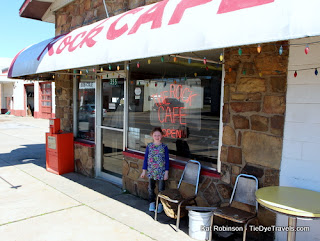 I don't get to Waldron often enough, but when I do and when it's before two in the afternoon, I stop in at The Rock Cafe.  It's worth it, every single time.  You'll find it at 355 South Main Street.  There's a Facebook rating page for it, too.

Share our experiences - click here to see whee else we went on our epic road trip along US Highway 71 from the Louisiana border to the Missouri state line. 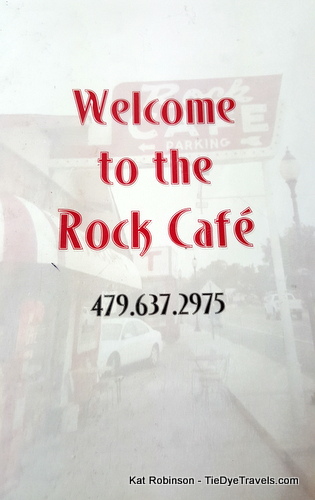 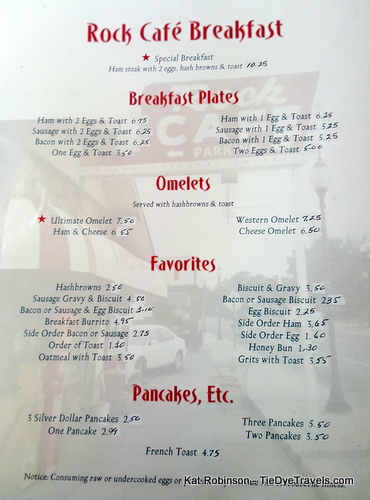 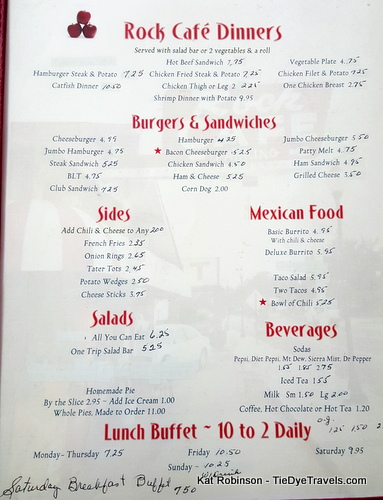 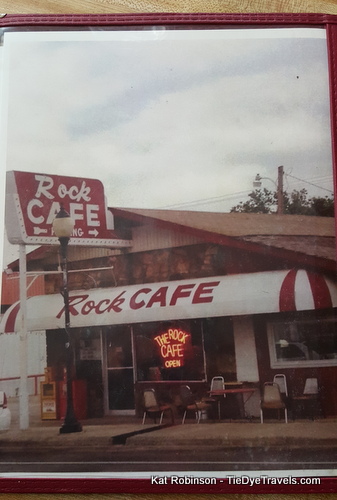