A Billgrimage to the Clinton House Museum in Fayetteville. 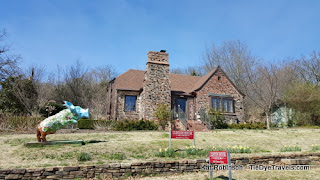 A small brick house on a side street near the University of Arkansas became home to a future United States President and a future Secretary of State.  Tour the Clinton House Museum in Fayetteville. 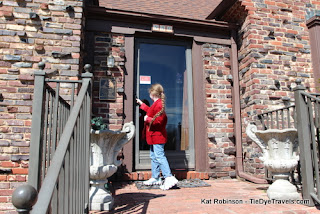 Hunter and I stopped in at the Clinton House Museum on our epic road trip along US Highway 71 from the Louisiana border to the Missouri State Line. I've been giving her an overview of our 42nd President these past few weeks, and this was a good opportunity to visit a place where Bill Clinton had called home.

The brick house sits atop a rise along Clinton Street, which of course has been renamed after the Clintons.  It's received a lot of attention these past couple of years thanks to Hillary Clinton's run for the presidency. 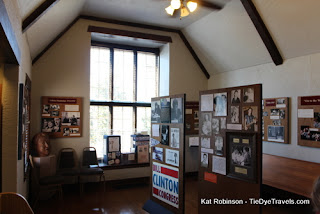 The first room you enter when you go in is the living room, an arched vault of a room.  And the first story you hear is about how the Clintons came to live here.  Bill and Hillary met when they were attending Yale University. He came back to Arkansas to teach law at the University of Arkansas, but he would also have her down to come visit from time to time.

On one of those visits, driving around town, she saw this house and told him how much she liked it. The next time she came to Arkansas, he told her he'd bought the house so she's have to marry him.  And she did, on October 11th of 1975, right in this living room.

Just over a year later, Bill Clinton would win his first political race and become attorney general of Arkansas.  The house changed hands a few times, but in 2010 it was added to the National Register of Historic Places and opened as a museum. 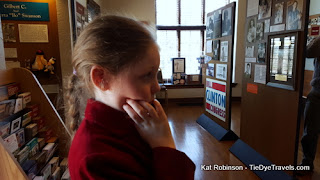 Today, the living room is an exhibit hall.  Because the Clintons have spent so many years in public office, they never collected much in the way of furniture, and the original furnishings for the most part are gone.  But what does live here 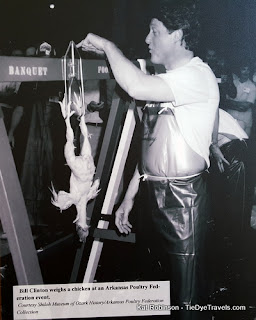 are photographs that document their time in Fayetteville, and some of them are quite humorous.

There's also a replica of Hillary Clinton's wedding dress.  She purchased her gown the night before she wed from Dillard's.

The second room is now dedicated to Hillary Clinton and her campaigns for the US Senate and her 2012 and 2016 presidential campaign runs. 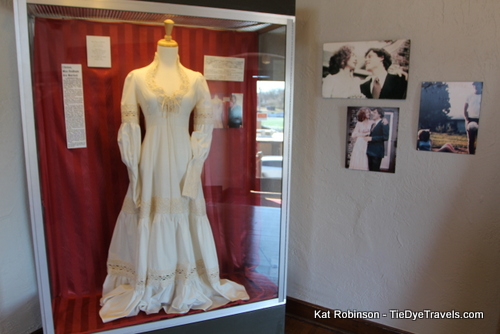 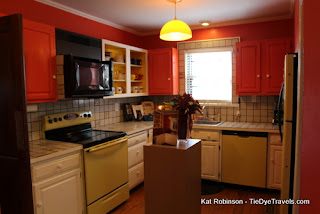 My favorite room has to be the kitchen.  It's the only room that's truly been restored to the Clinton era, complete with orange paint and ocre yellow appliances. It's really gorgeous. 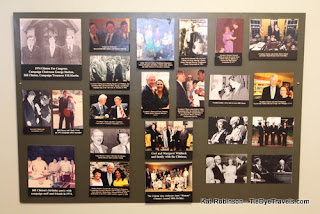 A small study includes photographs of many of the friends the Clintons made during their Fayetteville years. 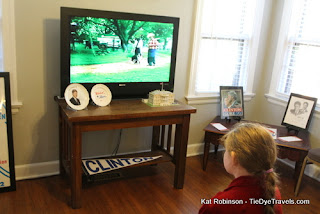 The next room features memorabilia and a television set that shows old campaign videos from Bill Clinton's run for attorney general and governor.  They're great period pieces, reminiscent of a different time in Arkansas politics. 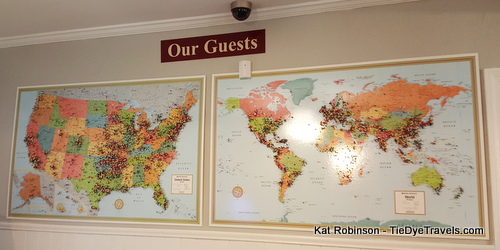 A map in the next room shows where visitors have come from.  There have been people who have come in from all seven continents, including a gentleman who worked in Antarctica.

During the summer months, the Clintons would sleep on a porch on the east side of the couch.  Today, that porch is a gift shop.  In fact, when I was quizzing Hunter about the museum afterwards and asked her where the Clintons slept, she told me "in the gift shop."

But during the other months, they slept in a front bedroom that now serves as the facility's office. And here's something you don't see every day.  This is the bathroom in the house, with its original tub.  That's right, Bill Clinton washed here.  So did Hillary Clinton. 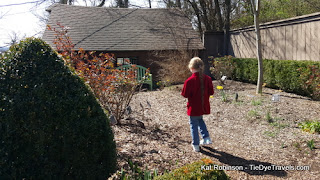 Behind the museum in an elevated garden, you'll find the favorite flowers of all 45 First Ladies.  Many of these are roses.  Two of Hillary's flowers are planted here.  The hydrangeas aren't out this time of the year, and the roses are mostly dormant, but Hillary's beloved daffodils are in evidence. 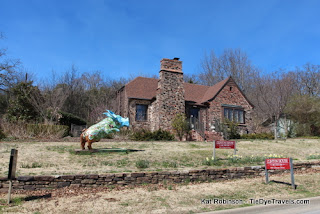