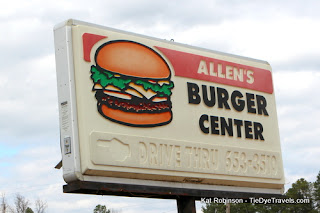 When is a burger joint more than a burger joint? When it's a sandwich shop and catfish joint, too... and those are separate businesses.  Welcome to Allen's Burger Center in Fouke. 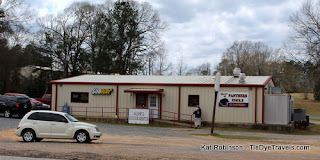 After our brief encounter with the Fouke Monster and Monster Mart, we were hankering for a good burger, and not more than a couple of blocks down the road we sighted the Allen's Burger Center on the west side of US Highway 71 - a good place for us to mark as our first dining experience on our epic road trip.

We parked, walked in and stood in line behind more individuals who were waiting for their opportunity to dine at this fine establishment.  And as we did, I noticed something. 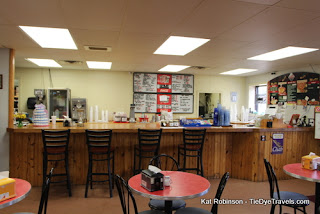 A waitress kept leaving the counter with order after order of catfish.  There may have been something to that.

In fact, the lovely young lady who took our order at the counter did say that yes, the catfish was good and the barbecue was good too... but burgers were on our minds and burgers are what we got.

Of course, we had other options, in that the Panther Deli and a Subway also share this space.  That's actually a decent idea - a food court reminiscent of a mall or of The Dock in Lake Providence, Louisiana. 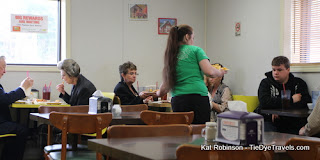 We went and sat down in the anterior room, full of light and half-full of a family crowd seated in booths along the outside walls.  We continued to see those plates of catfish go by, one after another, and wondered if we'd made some sort of mistake.

Then our burgers were delivered. 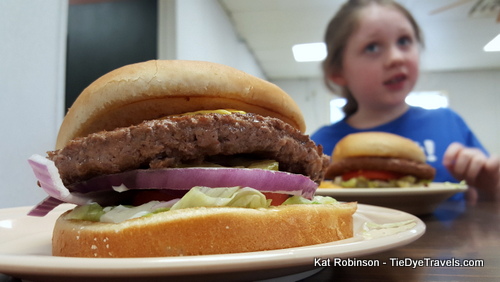 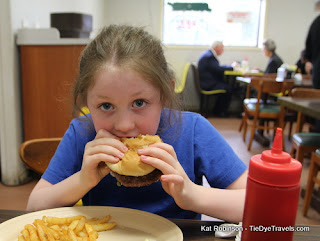 Mind you, Hunter had asked for a kids meal with burger and cries (there's a story to that, I'll get to it in a moment) and we found out they were out of kid sized patties, so she got a small burger.  And her burger was a quarter pounder. 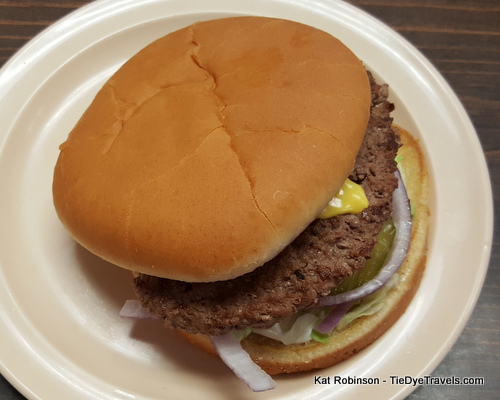 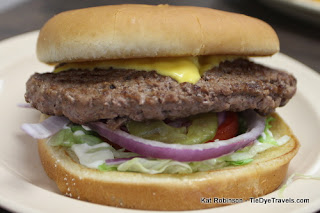 I'd ordered the large burger, and there was probably half a pound of meat on it.  It was just salted and peppered, griddle cooked, a pre-formed patty, but it was rather nice and hearty too.  It was bedecked with tomato, red onion and a LOT of pickles and lettuce.  And it was pretty good. 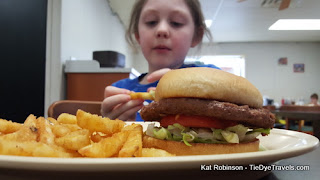 Hunter's burger was similarly spiced, and they'd taken her request for lettuce and tomato only and packed a great deal of lettuce within.  Her meal came with battered fries, crispy and quite stealable for the mom who had decided not to have fries but changed her mind.

I also have to mention, the sweet tea at Allen's Burger Center was fresh and not too sweet.  That's been a complaint of mine lately - everywhere we go, the tea is just too dadgum sweet, like paint-peelingly-sweet.  Here it was temperate, just like the sweet tea I might serve to a guest in my house.

The catfish-eating family left before I got up the nerve to ask how their fish was, but judging from the plates I saw being carried off, it was just about all gone.  Next time I'm in the area, it'll be on my list to try.

Now, the reason I mention cries is because it's on the menu. 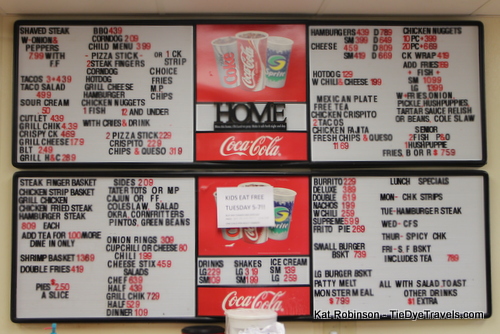 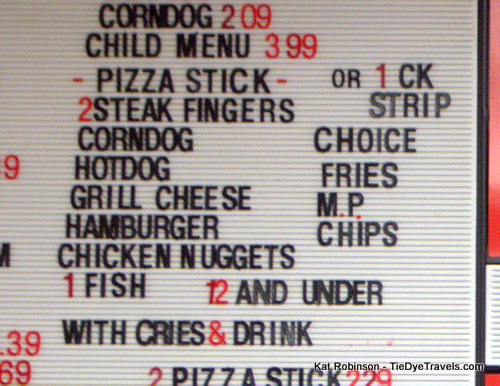 Truth in advertising?  Depends on the kid, I guess.

If you're looking for Allen's Burger Center, it's on the main drag on US Highway 71 at Fouke.  Here's the Facebook page if you'd like more information. It's open every day at 10 a.m.