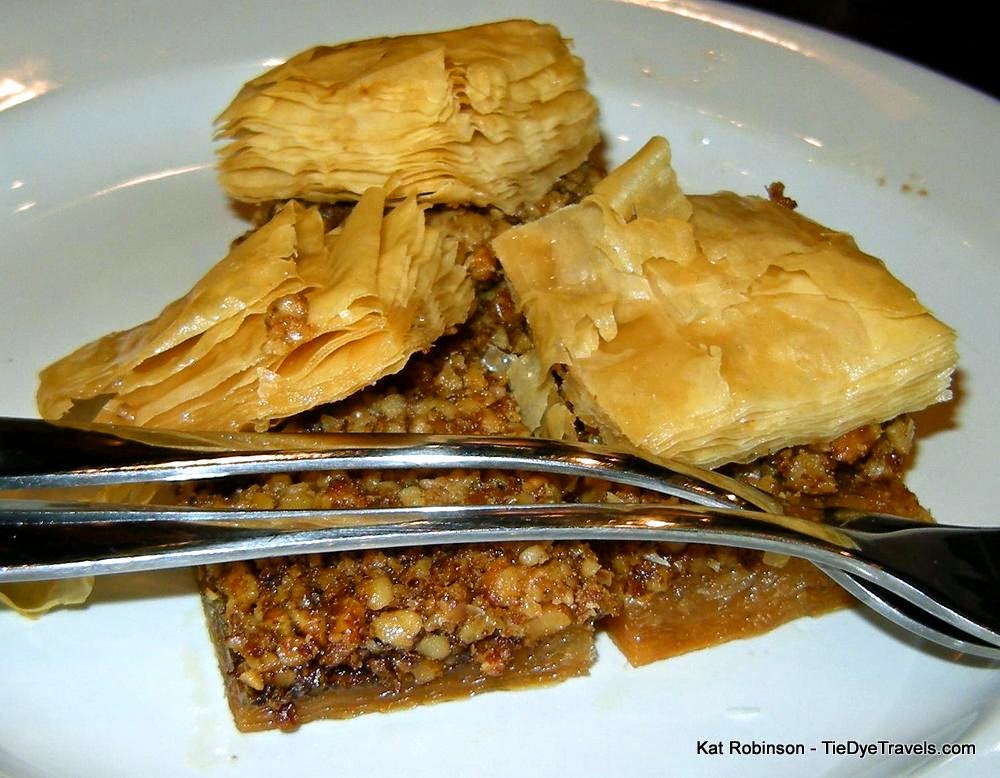 Istanbul Mediterranean Cuisine in the Pleasant Ridge Shopping Center is a demur little place, with six booths and six two-person tables pretty much fill up the dining room. Rustic dark woods and sage green seats complement the red and gold pendant lights and the wall-sized mosque image on the back wall. 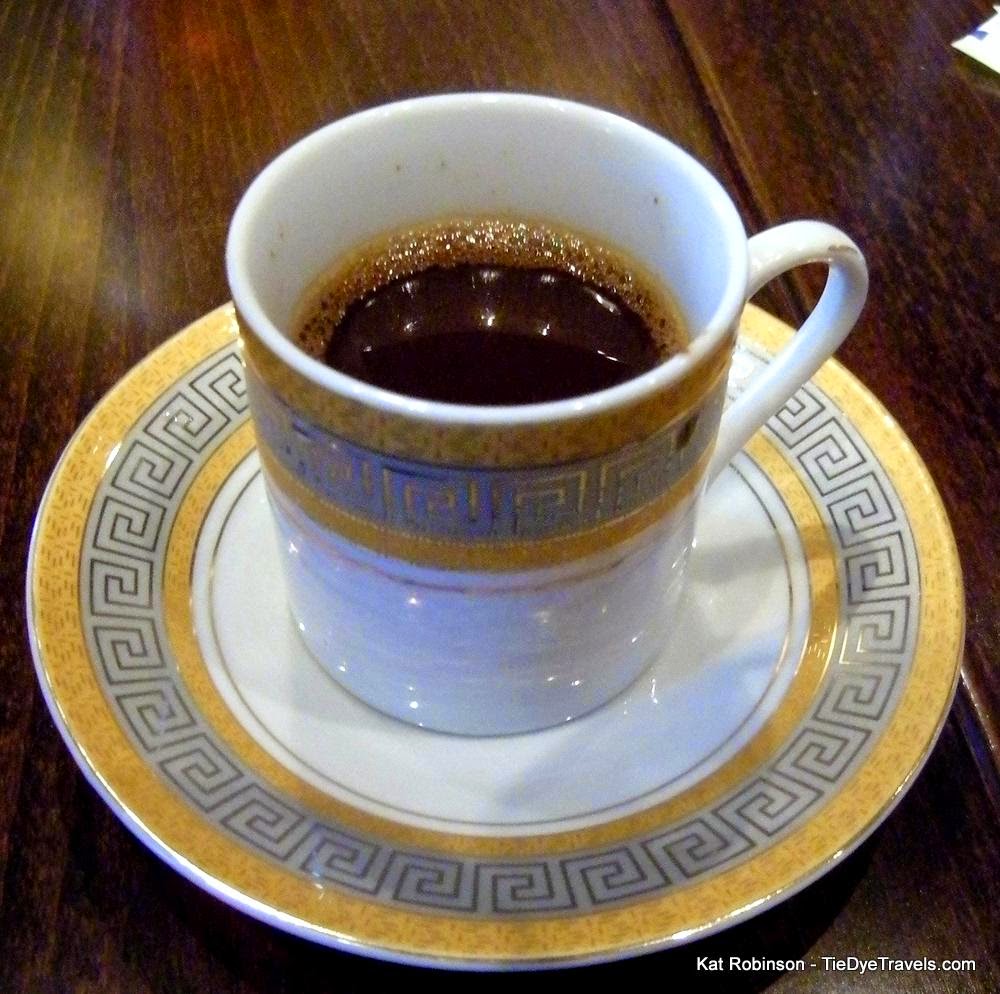 The menu includes sodas, several varieties of hot tea, and both regular (American) and Turkish coffee amongst its beverages. When in Istanbul do as the Istanbulites, as the saying goes, so we gave the latter thick, syrupy beverage a shot.

As we enjoyed our appetizers — cacik (mint, cucumber, and spices in yogurt, pronounced kah-SEEK), dolmas (grape 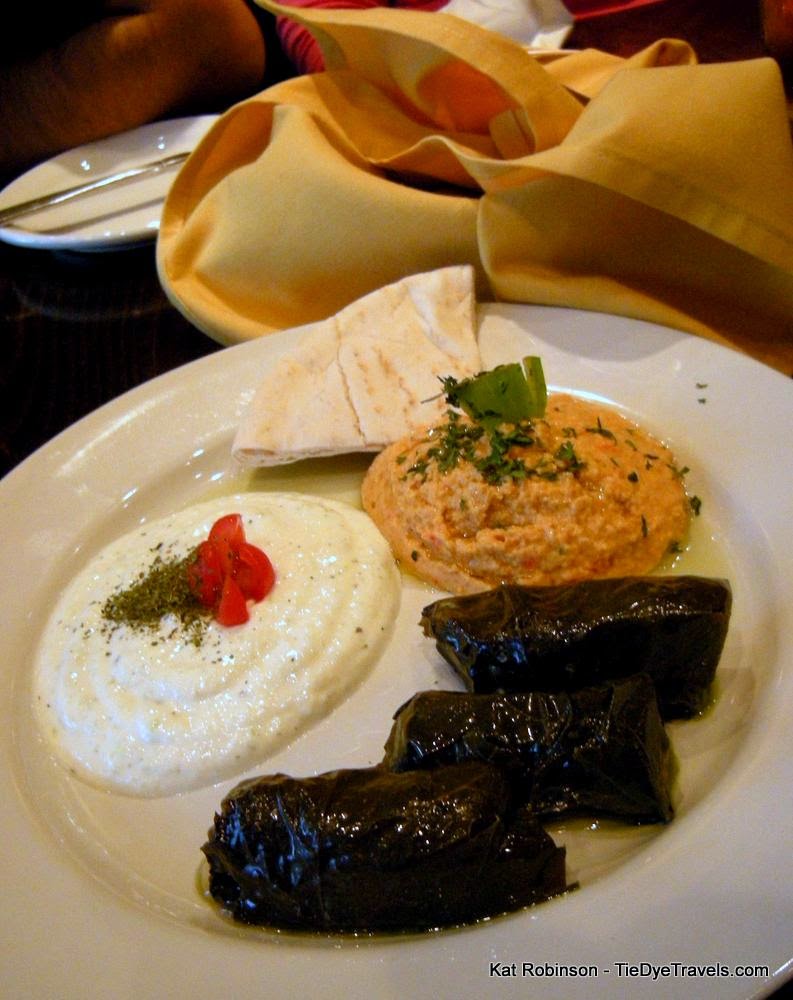 leaves stuffed with rice, beef, onion and Turkish spices sautéed in olive oil) and a somewhat sweet red pepper hummus — the restaurant filled up around us, with not a seat to spare. The meager staff (of three, it appeared — cook, hostess and waiter) scrambled about, apparently surprised at the sudden onslaught of customers. Our orders came out in dribbles and drabs. Fortunately, plenty of hot, almost crispy pita wedges were continually passed along to our table in baskets, along with real butter in bowls. Butter on pita was new to me, but perhaps it's this restaurant's version of the 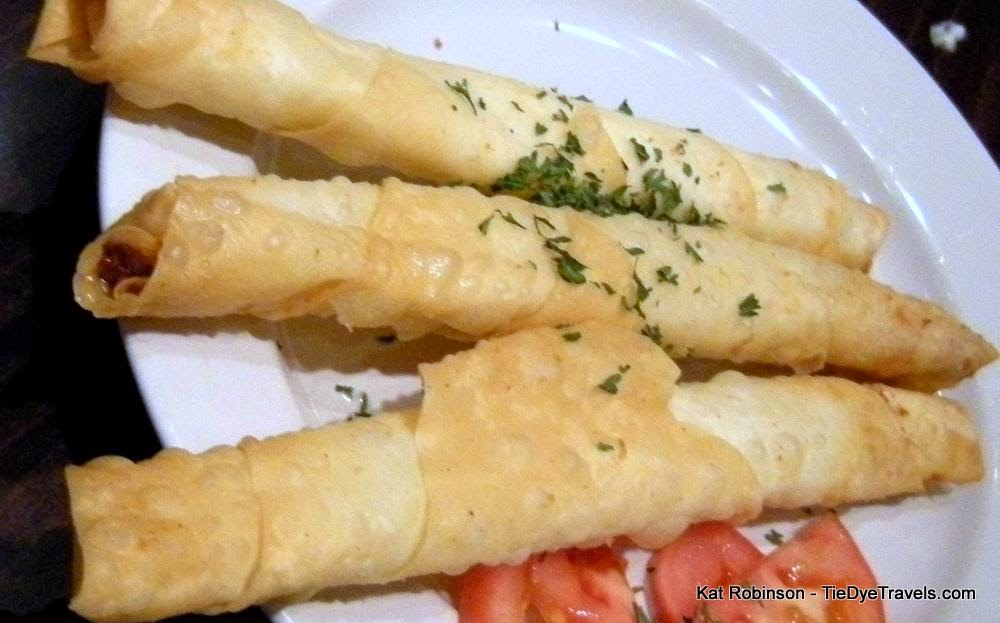 traditional Arkansas appetizer of Club crackers with butter or margarine.

One of our cohorts ordered the Cigar Pastry, a surprisingly good Turkish-style version of mozzarella sticks. The salty, gooey hot sticks of feta and mozzarella wrapped in phyllo dough are eight inches of happiness in a flaky shell and are sure to become a favorite. 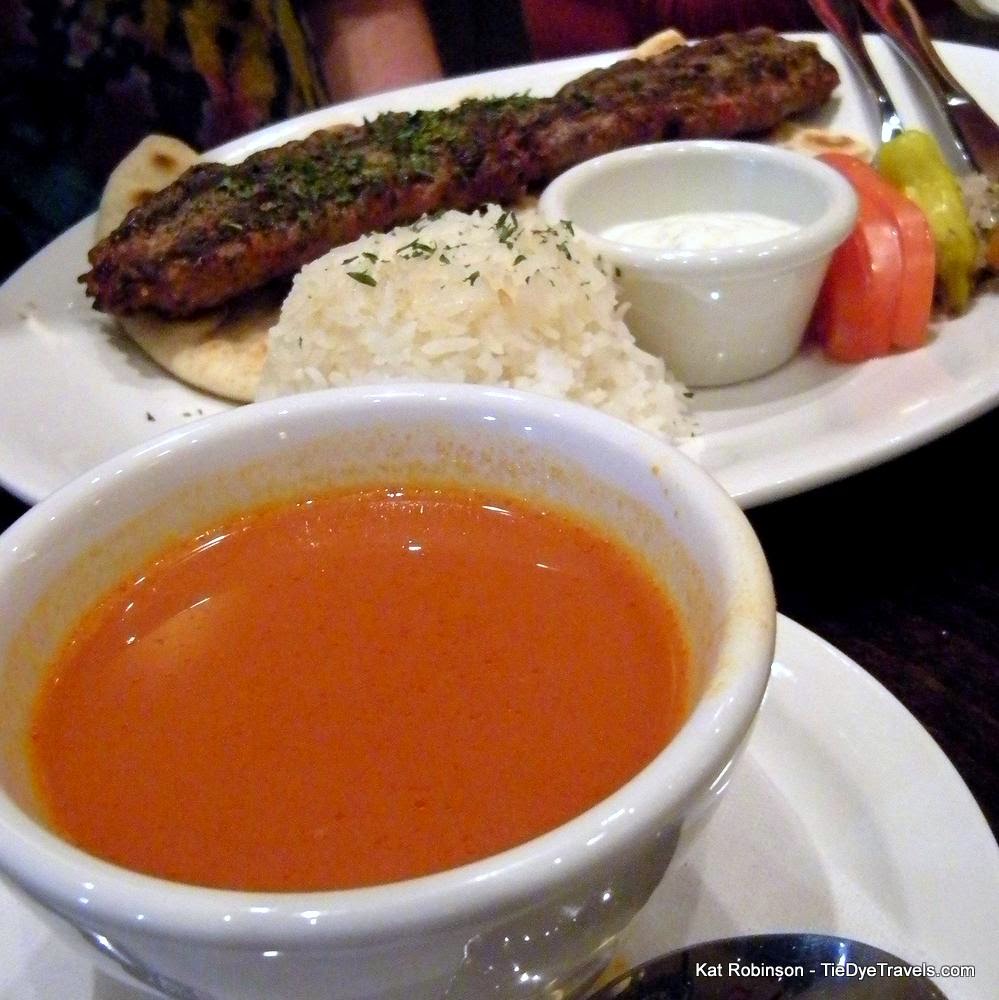 Entrees come with soup (tomato or lentil) and salad, rice or fries. We enjoyed the almost creamy lentil soup. The tomato was light and almost as good with a sprinkling of mozzarella. We realized after we left that we'd never received our salads, but believe that was just an oversight (we did receive two appetizer trios instead of one).

A companion chose the doner kebab. Similar to 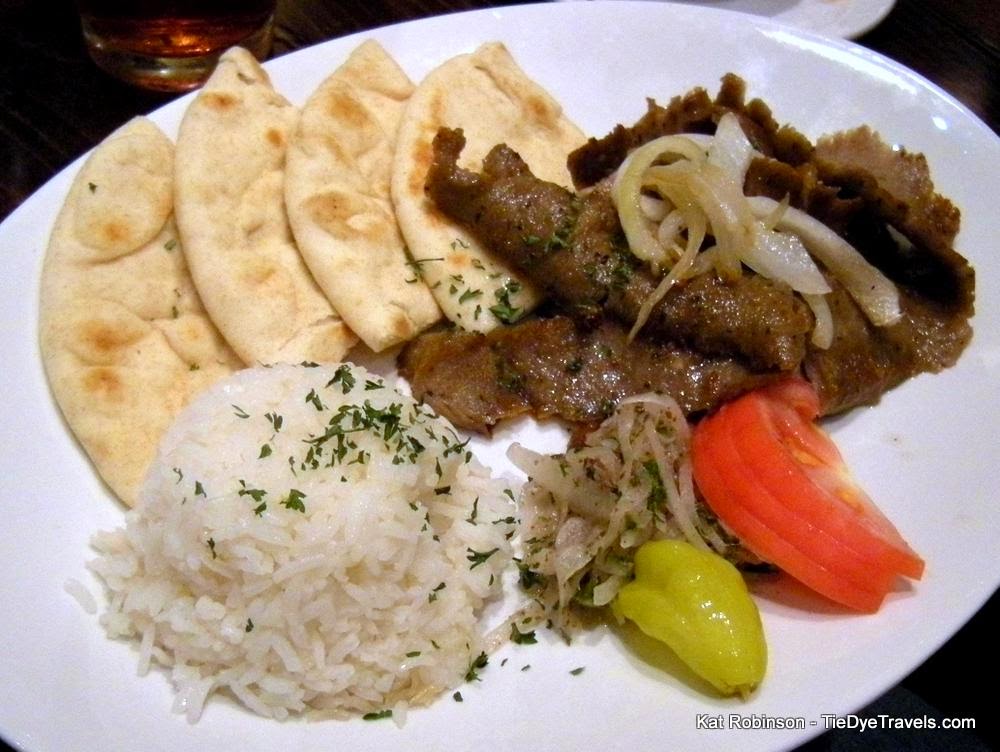 gyros, the meat is a blend of beef and lamb spiced and spit-roasted. Like most of the other dishes we sampled, it was served up with a thicker version of pita wedges and cacik, sliced tomatoes, rice and sumak salad (an onion relish that was both sweet and tart). The meat was a bit juicier than average, but when you get down to 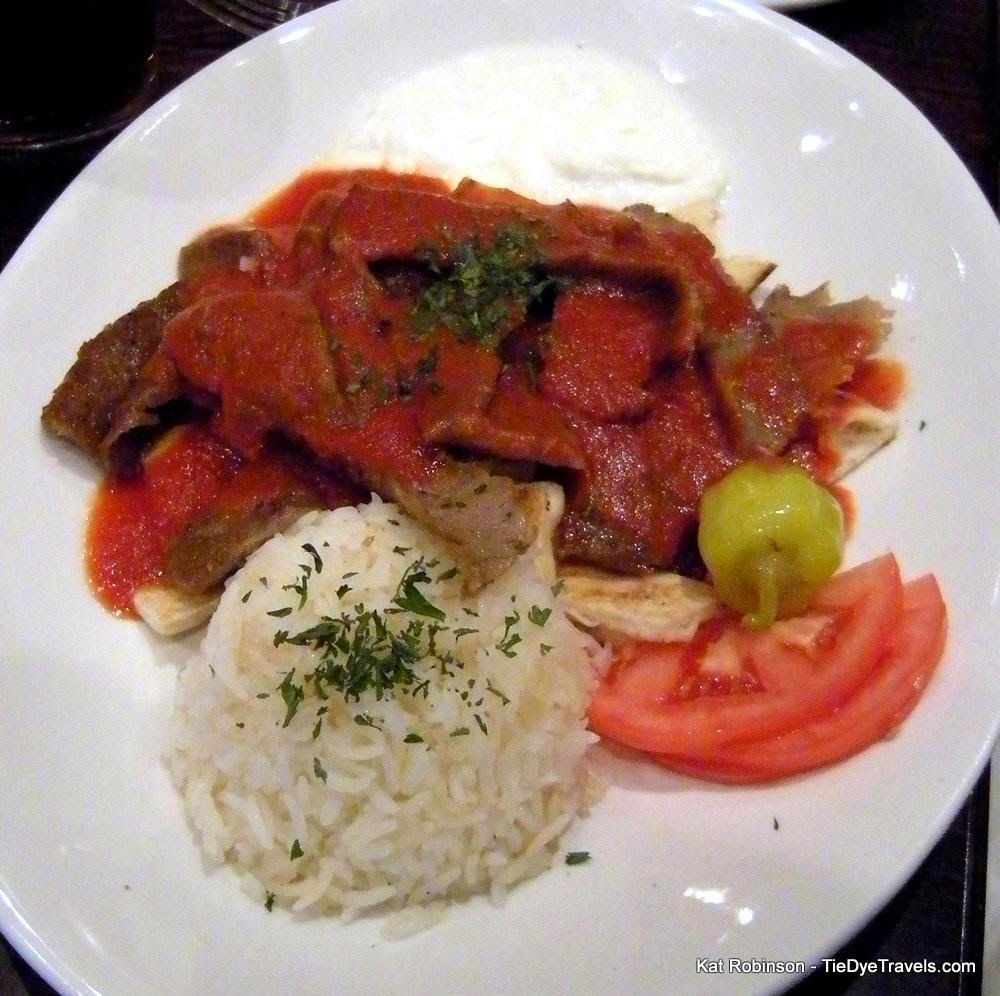 it there's not that much difference between other gyro-style offerings around these parts.


Another in the group had a variation on that dish, the Iskender kebab, served with a rich tomato and sweet cream sauce. 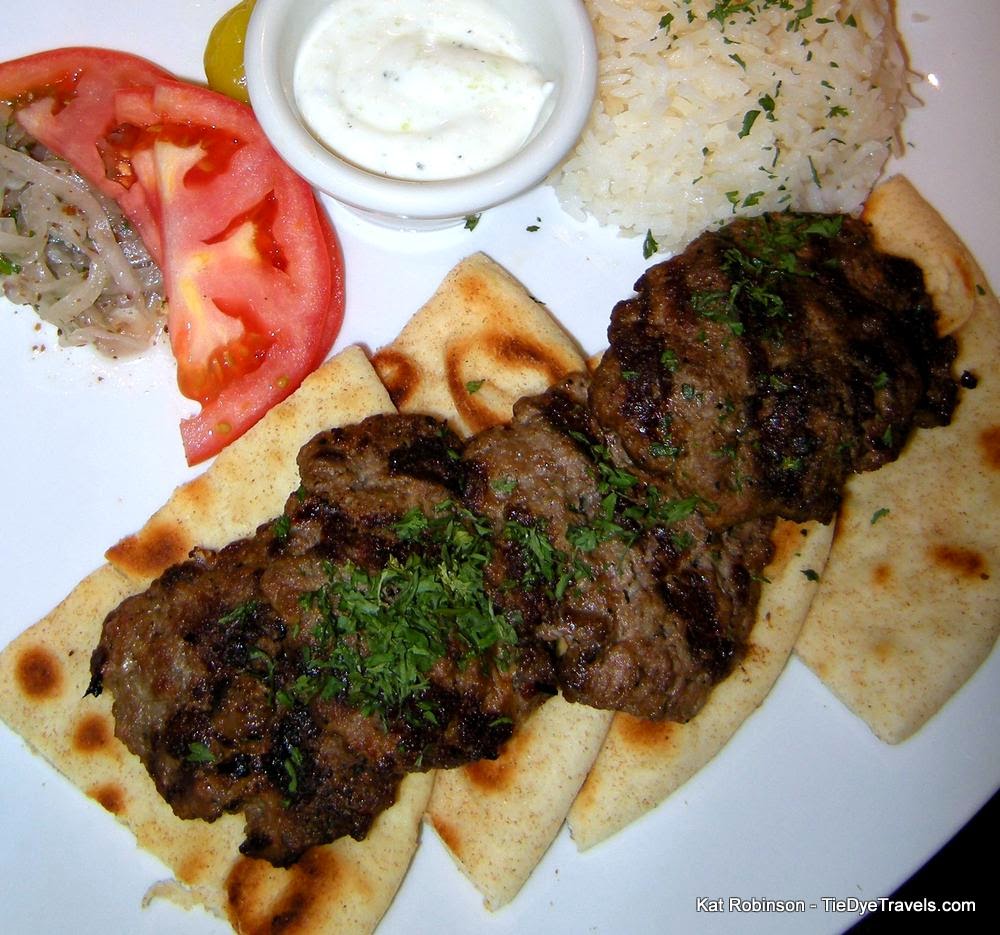 The kofte kebab and the beyti shish kebab looked similar, but the five small beef patties of the kofte dish were more like tiny Turkish burgers compared to the sweeter, almost steak-like beyti. Both were well received.

We were disappointed to discover that the Noah's Pudding wasn't available yet (not all of the items are, but we were assured that they would be soon) 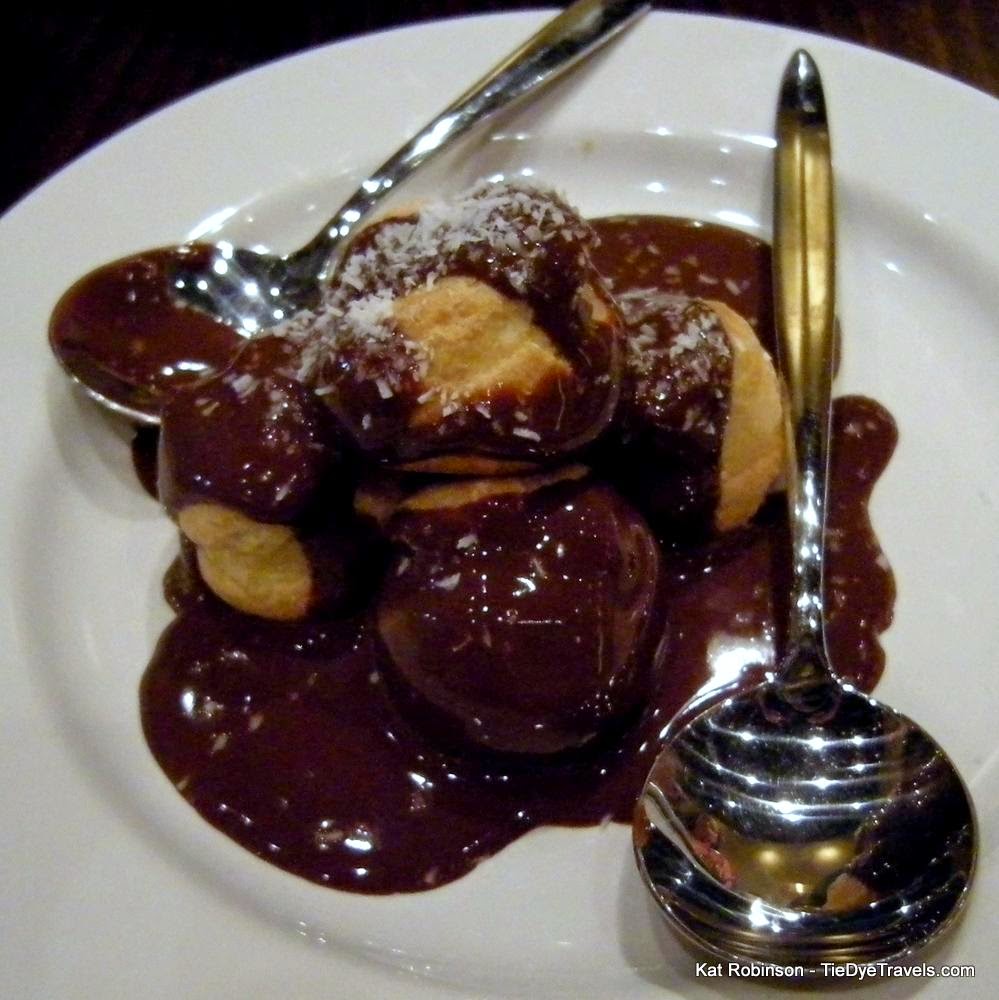 so we ordered the profiterole, chocolate custard-filled balls drizzled with more chocolate and dusted with coconut. They appeared to be the sort of thing you find in the frozen foods case at Sam's Club, but were surprisingly smooth and slightly spicy. Our companions enjoyed the apparently house-made and tasty baklava.

Istanbul is not as fancy as Capi's two doors down one direction and not as casual as Cheeburger Cheeburger three doors the other way, but the meal was satisfying. We'll make a second visit once the eatery has a chance to fully establish itself.