You Too Can Be An Author. 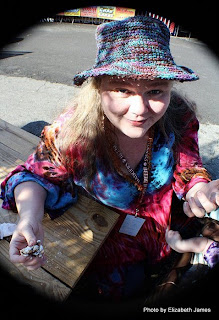 I bit the bullet the other day and signed up for NaNoWriMo. No, that’s not some exotic location off in the wilds of Timbuktu. It’s a journey, though, one I’ll be taking with thousands of other prospective authors across the United States.

NaNoWriMo is short for National Novel Writing Month. This is the eleventh year for the project. A guy by the name of Chris Baty had this idea -- to combine the power of the Internet with the talents of young writers and see just what could come out of thirty days of writing. There were 21 writers who joined him that first year. Last year 165,000 writers jumped in and accepted the challenge, and 30,000 of them actually made it past the 50,000 word mark. That’s about 175 pages of writing -- or a decent sized novella.

Like so many other aspiring authors, I’ve wanted to see my name on the front cover of a book for some time (as the author, not the subject of some fantastically awful true life crime story, of course). I’ve taken stabs at writing books; I even have a completed novel that I need to start shopping around seriously to prospective agents and publishers. I know published writers, like my friend Suzi Parker, whose Sex in the South: Unbuckling the Bible Belt is a notoriously good (and honest) read. I have a bit of envy over Kevin Brockmeier’s works; in fact, seeing his A Brief History of the Dead on the New York Times bestseller list was like a mental kick in the solar plexus -- both a warning for me to get off my butt and encouragement that yes, another Parkview Class of 91 graduate might be able to do it, too.

I have no doubt I’ll be able to reach 50,000 words in a month. The editors at Sync know I’m notorious for violating my 675 word limit almost every time I send them a column. I've probably given the Arkansas Wild folks coniption fits with my 6000 word articles. The book I started in December 2008 grew to 200,000 words in 80 days and, if I’m lucky, will end up being three separate books when I finally finish the editing process. The challenge with NaNoWriMo is to start fresh and write from scratch, quickly. It doesn’t matter if you make mistakes or allow gigantic plot-holes to develop, as long as you’re writing and pulling that thread of a story out of your head.

The challenge comes in what to write. I don’t subscribe to the theory that there’s a book in everyone -- some people have a series of short stories, others have a book that would challenge Stephen King’s The Stand in length. After a whole lot of thought, I’ve decided to tackle the story that’s been in the back of my head for more than a decade -- a story set in mid-90s Jonesboro. I have a little knowledge about that time and space. You should write about what you know, after all.

And there’s the time. I have a lot of assignments that will come due in November, not just my column here but the two blogs I handle and the oodle of different publications whose editors will expect some completed work. I might not have a brick-and-mortar job, but I do have a toddler that keeps me on track and a series of travels to complete to such exotic locations as Stuttgart.

But I think I can do it, by getting up earlier than my normal 6 a.m. start and pushing myself just a little bit harder. In the end, the self-satisfaction of actually committing a story that’s been rattling around in my head for a decade to the electronic safety of a computer file will be worth it.

Will you join me? It’s a worthy endeavor, and best of all -- it’s free. Just start by signing up over at www.NaNoWriMo.org. And if you want to buddy up for some encouragement, drop me a line at kat@tiedyetravels.com. Yeah, it’s a challenge, but it has the potential to be a lot of fun.
To purchase this article, email Kat Robinson at 11/02/2010 05:41:00 PM

Email ThisBlogThis!Share to TwitterShare to FacebookShare to Pinterest
Labels: NaNoWriMo, notes from Kat