This restaurant has closed, but you'll now find Bobbi D's Southern Cuisine in its location.

The folks at 65th Street Diner are well cognizant of this idea. They serve up a hot meat and two veg lunch every day, along with salads and burgers and some of the best pie you’ll ever find in a cooler case. 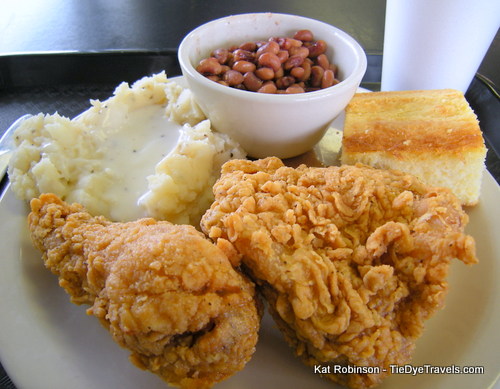 The fried chicken on the buffet is some of the best workingman's grub in the city.  Crisp, lightly spiced and genuine, it's a fantastic choice for a warm, filling meal.

And then there's the pie.  In fact, coconut meringue is almost what I decided to choose for this particular week’s Pieday. The coconut meringue at 65th Street diner is rich, custardy and substantial. From its toasted coconut top through its foamy meringue all the way down to its impossibly silky custard, it’s a great pie. 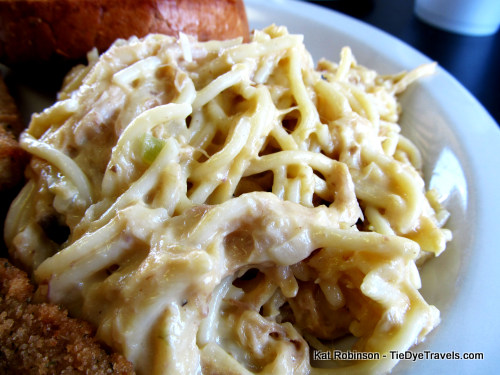 But now I've had others. My dining companion du jour agreed with me on Monday that the chicken spaghetti looked impossible to resist. She paired hers up with the baked potato casserole while I went for a side salad. We both chose the fried zucchini sticks. 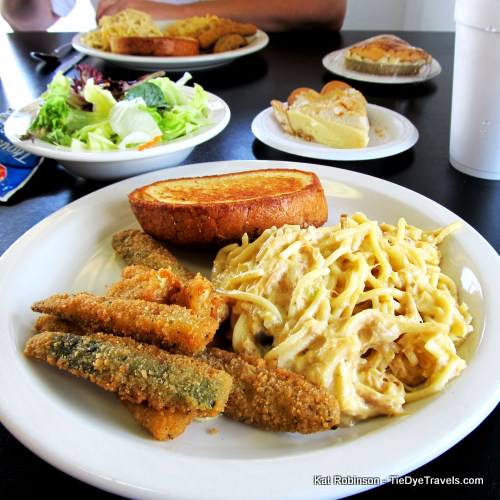 While she decided that coconut meringue pie was the way to go, I was intrigued by the lemon icebox. So I went ahead and ordered it with my meal. 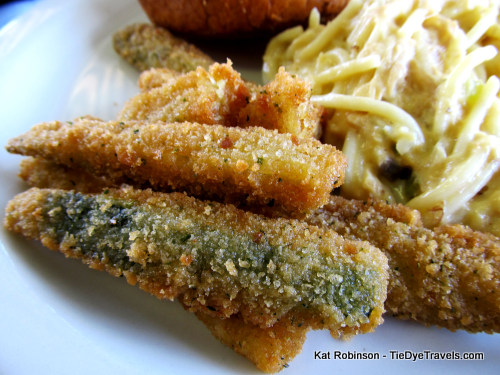 The chicken spaghetti was of course the most nourishing, comforting food you could find anywhere… that didn’t surprise me at all. I liked it paired up with the zucchini sticks (I am a sucker for anything zucchini) and I cleaned my plate. 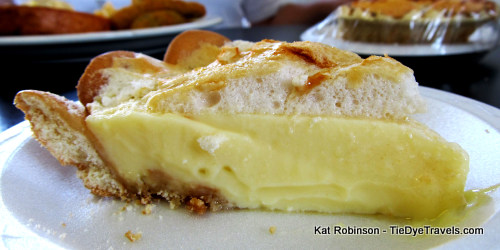 So when it came to the pie, I unwrapped my slice (they’re all individually wrapped and kept in a cooler until you order one) and noticed right away one very odd thing. It was meringue. No joke, there was a nice tight toasted meringue across the top of the scalloped-edge pie. 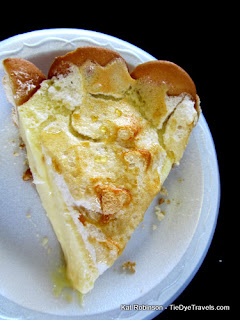 But that’s okay, because the lemon custard in the pie is so sweet and so tartly strong that it needs the null quality of the meringue to give a little relief from the citrus onslaught. It’s a very strong flavor, very palate cleansing and somehow cooling at the same time. I like it.

Only problem was, it tasted a little familiar... and there's a possibility it might actually be out of a box.  If so, it's a high quality version, and I shouldn't complain.  Still, it's quite weird that I was left with that impression.

Plate lunches at the 65th Street Diner are $7. Pies (and cake slices when they have them) are $2.25. I have yet to make it for breakfast — when they close at 9:30 a.m. you’d best have gotten done with your meal because they close the doors and turn off the lights. One of these days.