Reader Railroad: End of the Line? 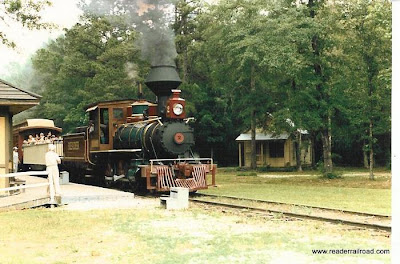 Have the last days of the last exclusively-steam-powered common carrier standard gage railroad left in North America passed us by?

You may not know about Reader Railroad, but I do. Not the property on that old Monopoly board in your rec room -- the Reader Railroad operated its short route for more than a century, completely and exclusively with the power of steam. 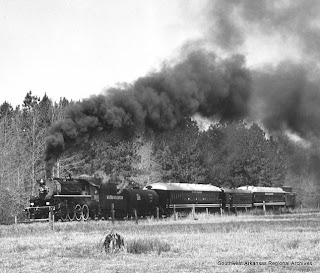 It all goes back to Lee Reader’s sawmill opened back in 1880 just north of a little community that would become Sayre. Reader’s sawmill took in loads from Nevada and Ouachita counties. To bring the wood in to be processed, dozens of miles of standard rail track was laid out in spurs here and there into the forest. A single small steam-powered locomotive pulled the haul in… aided from time to time by an oxen team to get it 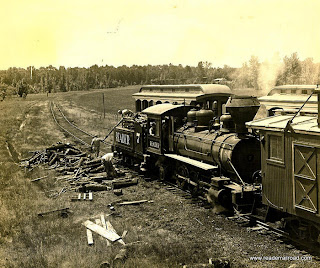 In 1884 the St. Louis Iron Mountain and Southern Railroad laid a line from its main line at Gurdon down to Camden some 30 miles away. It ran by the mill, and that’s where the community of Reader was formed.

The Mansfield Hardwood Company bought the line and the mill in 1923 and started to diversify in oil, recently discovered in the area. The Possum Trot Line was created since Mansfield was carrying products it didn’t own.

Tom Long bought the property in 1956 and ran freight on it, interchanging with Missouri Pacific at Reader. He probably would have continued to just run that freight, but word got out that he was still using steam engines to pull those loads, and people came down and begged him to let him ride the train through the Timberlands. He obliged them. 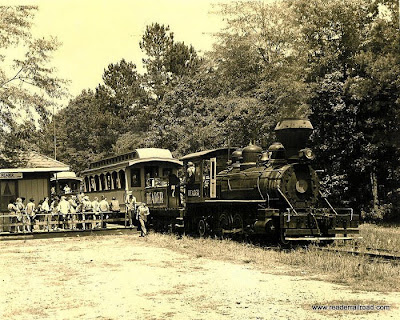 It’s not surprising that Long decided the real money was with the tourists who were coming down and filling his caboose on each run, so he bought some passenger cars and started selling tickets in December 1962.

Mr. Long’s freight days were drying up when the Barry Asphalt Plant closed at Waterloo, the other end of his line back in 1973. He started pulling up track and abandoning the right-of-way. That didn’t settle well with enthusiasts, who formed a corporation and bought the railroad in May of 1975. The old rail station at Wheelen Springs, built in 1887, was relocated to Reader. 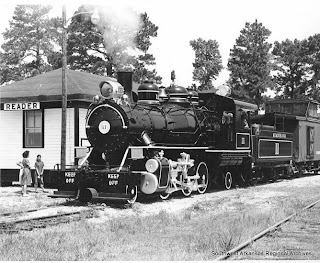 My folks are from that area, and I can quite recall the way the railroad used to sit on the side of Highway 368. There was a seven mile round trip tourists could take from the station all the way down to Camp Dewoody and back. The wood-burning steam engine would drag the train down there and get turned around on a giant turntable and sent back along its way. 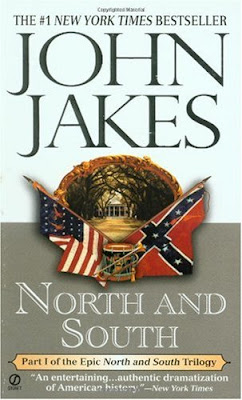 The old Reader Railroad website says that engine is the No. 7, a 2-6-2 Prairie Locomotive built in 1907. That website also says it’s the only such locomotive still in regularly-scheduled service in North America.

I also remember my excitement sitting down in front of a TV in 1985 to watch the John Jakes mini-series North and South, which filmed its railroad scenes on the old Reader Railroad. The locomotives and track have also featured in other productions such as Summer’s End and Boxcar Bertha. 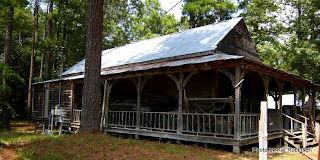 This summer I went down to Reader, recalling my fascination with the train and interested in writing a story about a trip on the train. I was disappointed to find the site all but abandoned, piles of track and old rail cars 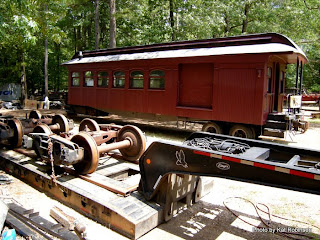 littering the old lot. I was startled to see a passenger car on what appeared to be flatbed tires. But I also noticed the newly refurbished engines and cars barely visible from the front of the property.

I’ve had no luck finding recent information on the railroad. 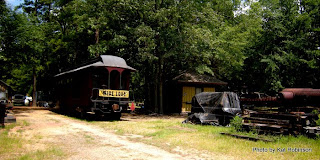 The website hasn’t been updated since 2008 and there’s little information elsewhere. I did hear that trains from the yard were sent out for the filming of 3:10 to Yuma but that’s where the end of this mental track lies. 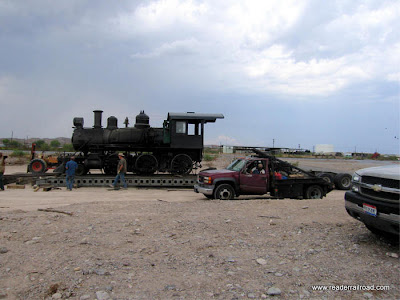 The Enclyclopedia of Arkansas says the track ceased operation in 1991 because the railroad could not meet new federal standards. But if that's the case... why has the track been in operation since then? From what I understand, the ceasation of operations has to be a relatively recent thing. I’d love more information on it, if only to provide a final chapter to this rail story.

The idea of having the last standard grade steam powered passenger train providing regular service in Arkansas is attractive. Will it come back? I don’t know. Maybe I’ll know soon.
To purchase this article, email Kat Robinson at 12/27/2010 11:54:00 PM