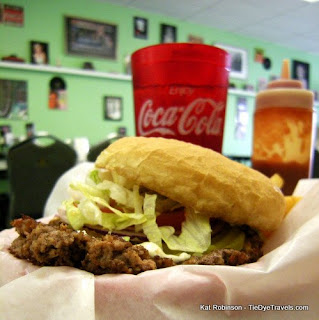 This restaurant has closed, but a different location is now open in Van Buren.

Nothing says it’s time for a burger like sitting in a 60s style dive listening to Elvis and The Four Tops.Boom-A-Rang is definitely the place for a smashburger. 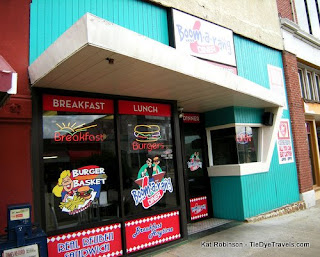 The Fort Smith restaurant is tucked into a hole in the wall along Garrison, a little neon on the outside and green walls clad in vinyl covers, Route 66 memorabilia and such on the inside.

There are booths along one wall topped with tile, tables with chrome surrounded by chrome-detailed chairs on the inside, all slightly jamming to the sounds of the childhood years of Rock and Roll. 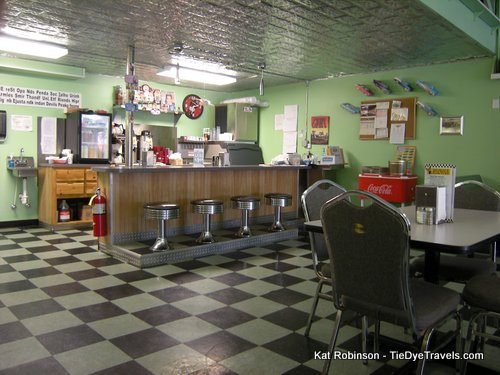 Boom-A-Rang’s burgers come in quarter pound ($3.49) or half pound ($4.69) versions with condiments, lettuce, tomato and onion. Jalapenos are fifty cents more, cheese is 40 cents and there are a few variants, such as the Hickory Cheddar Burger ($3.99), the K.V. Burger (with mushrooms and Swiss cheese, $4.19) and the Super Chili Cheeseburger Supreme ($7.99). 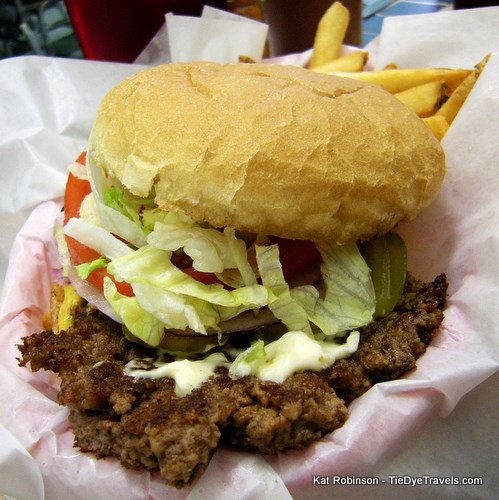 I decided to try out the original in its half pound incarnation, with the addition of cheese and a side of fries (fries are $2.29). What I got was a pretty, unseeded but toasted white bread bun, under which was a neat stack of shredded iceberg lettuce, a big slice of tomato, some white onion, and a few hamburger dills — all on top of a smashburger.

If you’re not familiar with the concept, a smashburger is a burger patty that started life as a round seasoned ball of meat. It’s dropped on a griddle and then smashed into a patty with the back side of a spatula. Sometimes onion is added, but not here. 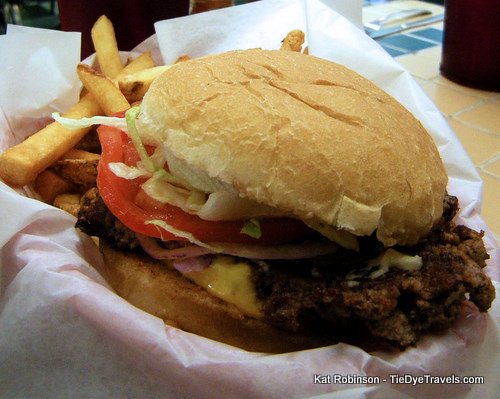 The grill must have a pretty nice quality to it — the char was a little smoky and quite tasty. The burger comes spiced with salt, pepper and a house seasoning, which is also available in shakers on the table for the burger and the fries. It’s a Cavender’s Greek Seasoning type red salt.
The cheese was on the bottom, gluing on that bottom bun. The condiments went right on the meat. This is a good two-fister burger that doesn’t fall apart easily. 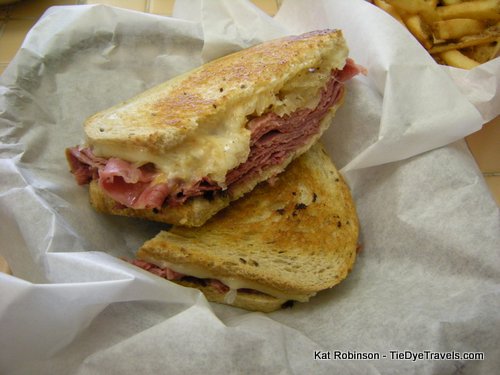 Fries are straight and yellow, thick as a number two pencil. I’ve also given the Reuben ($5.39) a spin and found it more than satisfactory. It’s thick on the meat, with a creamy Russian dressing that’s dissimilar from Thousand Island, nice and chunky kraut all served up grilled on buttered Rye bread. 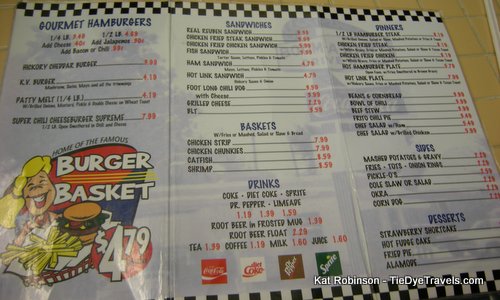 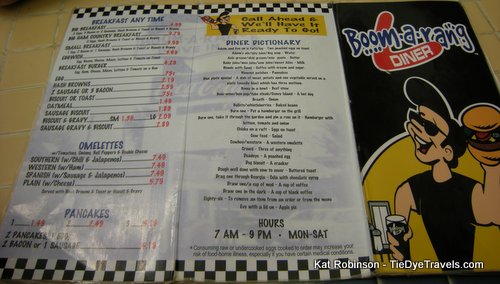 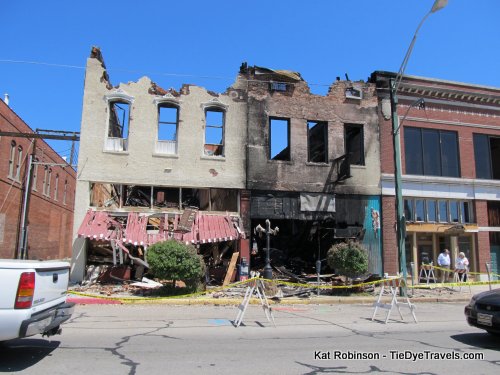 UPDATE 12/12/12
Boom-A-Rang Diner is open in the old train car at West End Park. The street address is 15 North 2nd Street and the phone number is (479) 784-9233. There's another location in Van Buren. Head to this website for more information.

UPDATE 4/14/17
The Fort Smith location has moved but the Van Buren location is still open.

UPDATE 8/26/17
Went back to update the photo captions on this photo and found this. 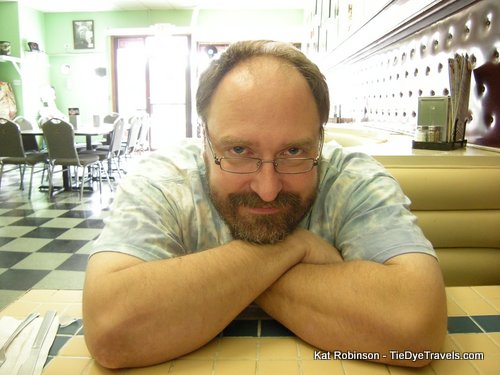