Moms on the Farm Shares the Beef Experience. 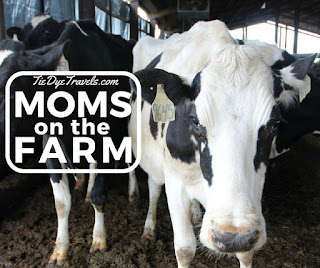 These days, we’re all wanting to know more about our food – where it comes from, who raises and grows it, and how it comes to market. The University of Arkansas Animal Science Department is making sure moms get the chance to learn that information and share it with others with the Moms on the Farm project.

Twice a year, a group of women from the department and other women in agriculture in Arkansas invite moms and other ladies to come tour beef and dairy farms in northwest Arkansas. The program, offered on a weekday from morning through early afternoon gives these women a chance to walk on the very farms where beef and dairy products are produced, to meet the farmers who raise these cattle and to learn more about where the food they buy, begins. It concludes with cooking demonstrations from the Beef Council and other Arkansas entities to help bring these same products into home kitchens. 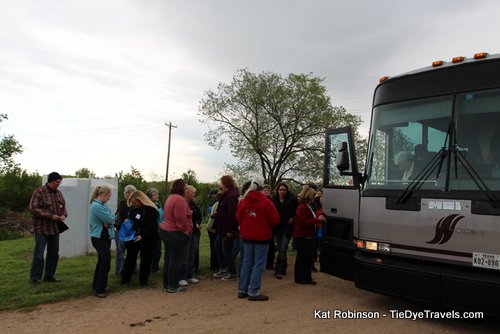 I've been invited several times, and my visit last month included a farm to Anglin Dairy, a milk-cattle operation right outside of Bentonville. Susan Anglin showed us the process milk goes through, from the cow to the tank, and how calves figure into the operation. 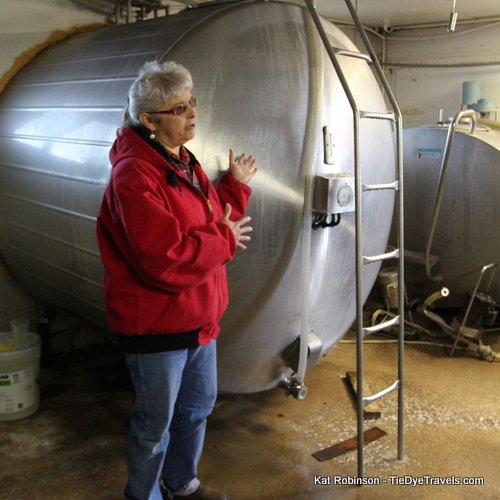 We started at the tail-end with the milk tanks. These big tanks are cleaned every day. They have to be – since each tank earns the farmer several thousand dollars. If it has to be dumped, it’s a big loss. The tanks contain a mechanism that constantly stirs the milk within. It’s always held at 38 degrees (your home refrigerator is set for 40 degrees). Those tanks are filled from the automatic milking machines we viewed in the next room. Cows were brought in and hooked up to the machines, which in turn sent the milk through tubes to the cool tank in the next room. A farmhand cleans each cow’s udders and teats before attaching the contraptions, which takes him 11-15 seconds for each cow. It’s a fascinating operation. 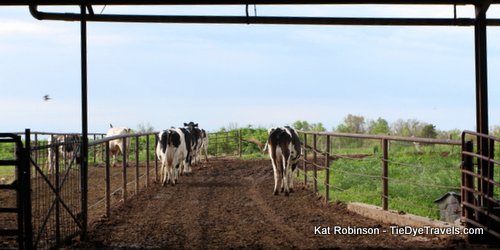 Anglin Dairy’s 200 cows live on a 40-acre farm just outside of Bentonville. Each cow lives 7-8 years. Anglin Dairy, like most farms, has a plan in place to manage feed, milk production and manure production. That’s right – milk isn’t the only product this farm produces. 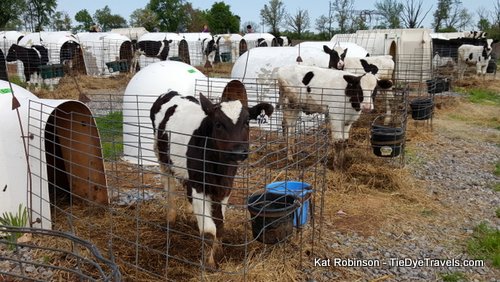 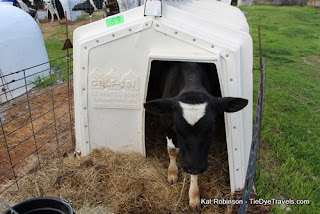 On another part of the farm, large white domes dot fenced-in enclosures. These aren’t doghouses – they’re calf houses. The young calves are weaned and raised here on this section of the farm. The males will be raised to 800 pounds and taken to sale barn at Decatur. The females grow to a certain size, and then they’re let out to graze pastures on this side of the farm. Eventually, they’ll join the herd and become milk producers themselves.

You may not know this, but the average beef farm in America has just 40 head of cattle. Those beef cattle are brought up from calves, then sent to feedlots, where they mature before harvest.

Our second stop on this particular Moms on the Farm tour took us to Greenlawn Farm near Gravette, where we were met by Ronnie McGee. His family has held this farm for nearly 75 years. He’s the third generation operator of this western Benton County farm; his sons are the fourth. Greenlawn Farm stretches over 800 acres, and the family has 200 more acres leased. 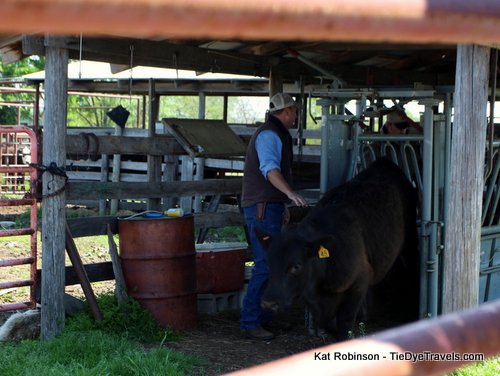 When we arrived, a herd of heifers were being vaccinated. These heifers were last year’s calves, and they were set to be bred May 10. McGee told us the heifers are vaccinated so they don’t have to be medicated down the line. During the green months, the cattle on his farm eat fresh hay and grass. During the winter months, they eat hay. Each round bale of hay feeds about 30 cows a day. Cows must eat 3 percent of their body weight each day. Greenlawn is a closed farm. Except for breeding bulls, all the cattle come from family strains on the property. 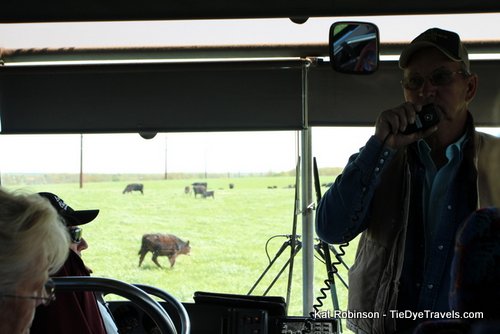 McGee showed us out to a field atop a tall plateau, where we could see all the way to Siloam Springs in one direction and into Missouri another. He mentioned that of the 107 cows set with the bulls last fall, 104 had already calved and two more were about to go. 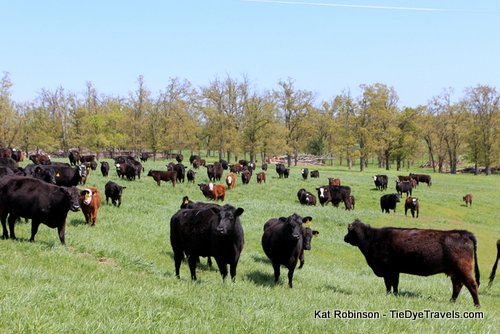 When the bus stopped and we got out, the herd came to see us. They’d approach and then run away.

This happened several times. I suspect the cattle were just as curious about us as we were about them! 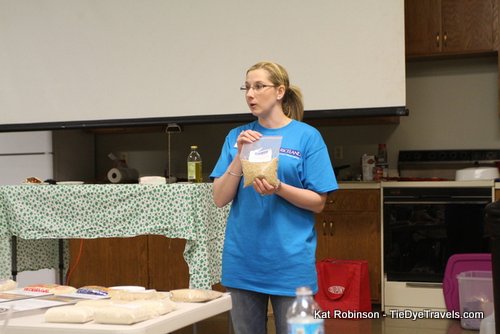 Once we toured the two farms, we returned to the U of A station in Bentonville, where we learned how to make tzatziki-sauced Greek steak wraps with the Beef Council. The usual wrap-up includes lunch, recipes and a final exam covering what has been shared throughout the day. 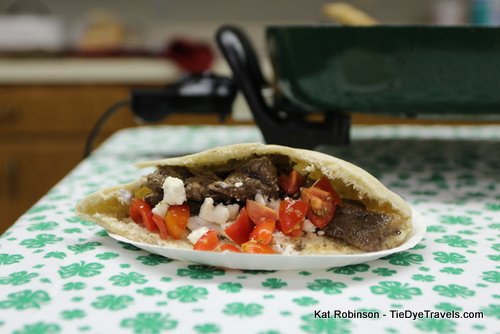 If you’re interested in taking part, head to this Facebook page for more information. Then sign up by emailing jws09@uark.edu or calling Janeal Yancy, meat scientist with the University of Arkansas Animal Sciences Department, at 870.688.4247.
To purchase this article, email Kat Robinson at 5/01/2015 11:57:00 AM