R&R Curry Express: substantial samosas and so much more. 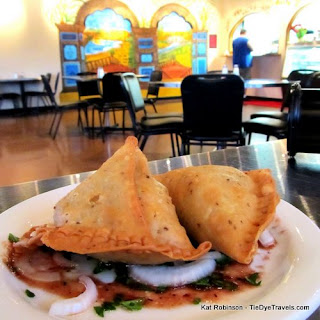 I need to tell you about R&R’s Curry Express. It’s an Indian joint in Fort Smith. It has one of the coolest features I have ever seen in a restaurant, but you’re going to think I’m a real food nerd when I mention it to you. Seriously.

Now initially I was confused by the place — because it’s not just advertised as a curry house but as a barbecue joint. What I figured out was that it’s Indian barbecue — ie, cooked in a tandoor. I’m not confused any more. 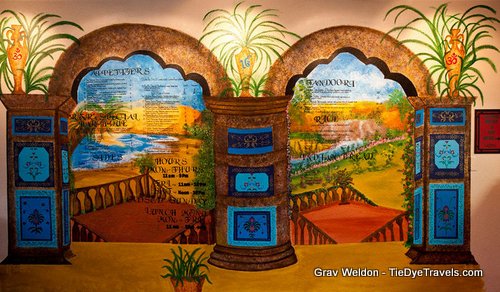 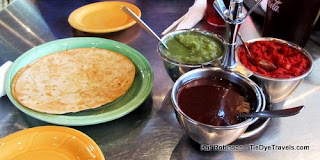 Went there on a Saturday afternoon tired and wore out from other assignment work, looking for some comfort food and a big glass of tea. Our waitress brought out a big condiment rig with three six-ounce cups of the traditional Indian condiments — a cilantro-mint chutney, a sweet tamarind sauce and a pungent red onion chutney. 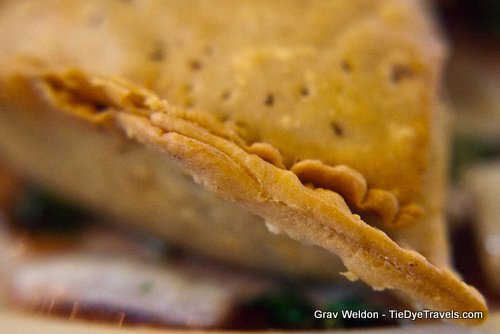 These came with a couple of papadum — strangely flat, possibly skillet-fried papadum that were crisp but not curled up like I’ve become accustomed to having them. The cumin-speckled papads were tasty and very crisp. 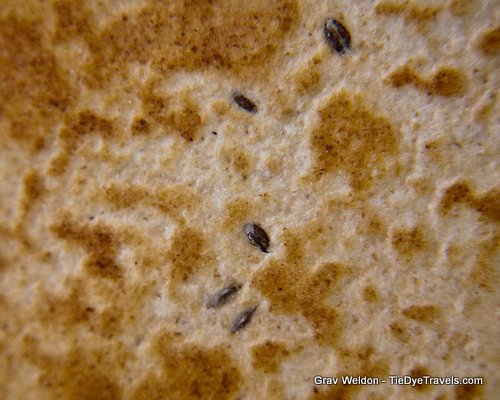 We ordered appetizer and entrees and sat back to relax while Bollywood hits were played on a monitor in the corner. Others came and went while we were there, finding seats at the stainless-steel topped tables and quietly conversing between courses.

There was this other monitor in black and white, though, that was behind my head. It just showed a stainless steel cap. I had no clue what it was for. 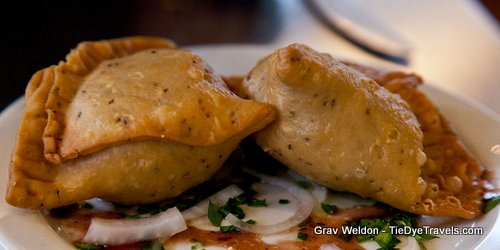 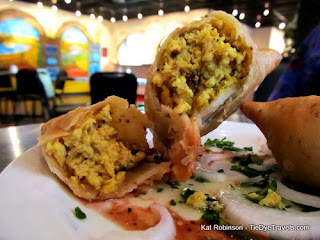 We ordered Keema Samosa ($3 for two). These were large triangular pouches filled with a mixture of curried chicken, spices and onions. They were served up on twin drizzles of sweet tamarind sauce and sesame oil with fresh cilantro leaves and onion ringlets. They were fantastic, both savory and hearty, hot and irresistible. In fact, I have been asking people I know traveling from Fort Smith since this visit to drop by and pick me up an order, but no one’s taken me up on it. They were fabulous. 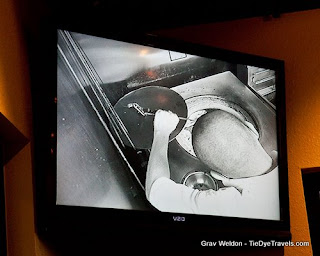 My dining companion was looking over my head, and I turned around just in time to see that lid be closed by hand. I had a suspicion on what it might be, so I turned and watched a bit longer. Sure enough, a few minutes later gloved hands appeared and opened the top of the tandoor (under that stainless steel cap), pressed a naan to the side and pulled out a skewer of hot meat.

Why I found this intriguing may baffle some — but I really thought it was great to see that the naan dough, the meats and whatnot really were cooked in a tandoor. I have encountered (thank heavens not here in Arkansas) an Indian restaurant that didn’t actually have a tandoor where the naan came from a package. Needless to say, I was less than impressed. At R&R’s Curry Express, you see it happen, right there. 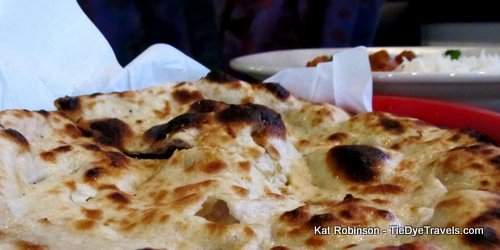 A moment later, our hot naan arrived — two round sliced in half that were roughly 14”x12”, a little charred in places but still soft and gleaming with a little ghee. Our entrées came after it. 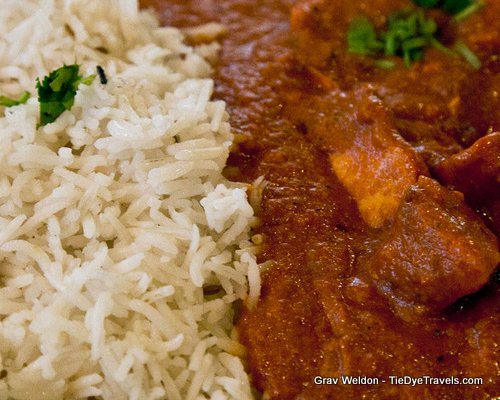 My companion had chosen the Chicken Tikka Marsala ($7 lunch, $10 dinner)… and received a large deep plate divided half between bright white cumin-scented rice and deep red curry. The chicken had been marinated deepy in yogurt and spices and cooked up with the rich sauce, which was far heavier on tomatoes than either of us were used to. The chicken was fall-apart soft. My dining companion had chosen to have his entrée spicy (mild, medium and spicy are the options with every curry) and he found he had to request additional napkins just to wipe his forehead. 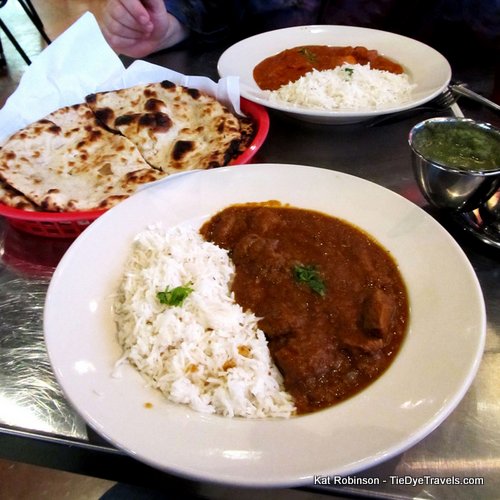 I had chosen the Lamb Shami Korma ($10 lunch, $15 dinner with lamb or beef; $8 lunch, $11 dinner for veggie or chicken) and received a similarly divided plate with pot roast tender hunks of lamb dissolving in the rich, heavily spiced sauce. My medium-heat curry was almost more heat than I would like, but mixed with the rice and a little papad and it was perfect. There was just the tiniest sensation of crushed cashews in the sauce.

We didn’t have room for dessert — a shame, since I had been in the mood for kheer when we had arrived. But we left with two completely full clamshell boxes of food to take home. In fact, neither of us had made it halfway through our plates before calling for the boxes. It was a lot of food. 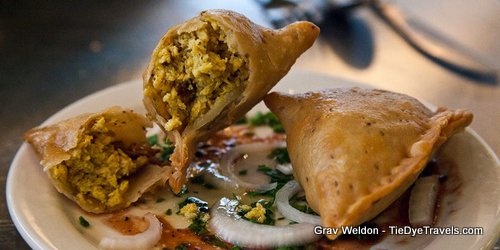