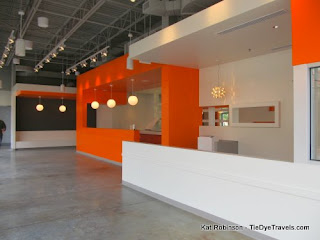 John Beachboard met me this morning to take a look at the location for the newest Beachboard-McGehee concept, Big Orange. The new facility across from Bravo Cucina Italiana in the Promenade at Chenal is, well, orange.

That was pure serendipity. As we toured the restaurant space, Beachboard told me the name had been rolling around for some time. “We were going to do a new restaurant, either Mexican or burgers. Loco Lime or Big Orange.” Makes me wonder if the place had been painted green if they’d have gone in that separate direction. (UPDATE: The next Yellow Rocket concept did indeed happen to be Local Lime.)

The ball got rolling when Kansas City based Blanc Burgers and Bottles had to bow out of a franchise that would have gone into the space. The company that runs Promenade at Chenal pestered the Za Za guys for months before they received an unbeatable offer. 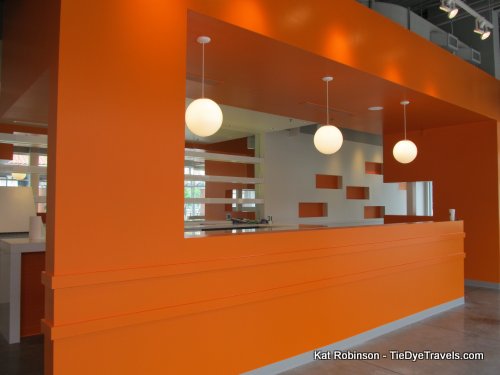 The space is large — about 3500 square feet with several different spaces already set apart by the bright white and orange walls. There will be a big bar featuring alcohol and milkshakes, areas where folks coming away from the movies at the theater will be able to hang after the show and the like. 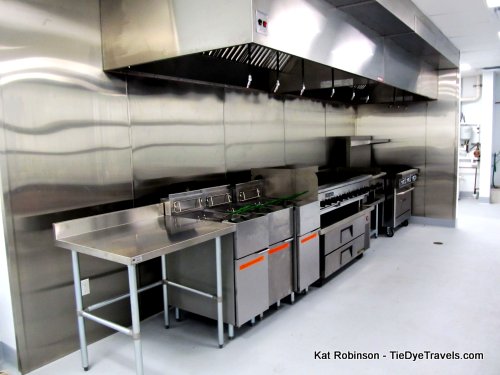 The kitchen, though — it’s massive. I’ve seen way too many fit-into-a-closet kitchens lately at bistros and pubs; this one’s bigger than a four car garage and comes with mondo freezer space to boot.

Beachboard told me the discussion’s still going on over the cuisine, namely the style of the burgers. We discussed the finer points of smashburgers and char-grilling. He pontificated on the luxurious turkey burger created for Big Orange. He also says details on what sort of veggie patty they’ll use is still up in the air. 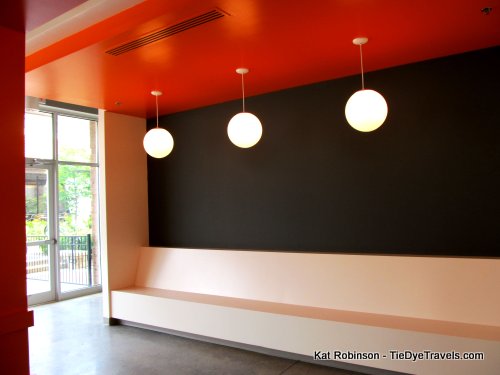 There’s already both a large grill and griddle space in the back, along with fry bins for French fries, sweet potato fries and such. Cornmeal battered items such as fried zucchini are already being considered; he also mentioned a tempura battered whole okra, which really piqued my interest. The fryers will also be used for other items such as wonton skins and tortilla strips that will be fried fresh for the multitude of salads the restaurant will offer. Unlike Za Za, the salads at Big Orange will be sculpturally designed, pretty plates with arranged ingredients rather that dressing-tossed works. He did say the option to have light, medium or heavy dressing on a salad would still be offered, just like at Za Za.

Beachboard says there are other ideas in the making. He and McGehee are fiddling with the idea of making their own buns — and potentially making their own ice cream. It’s very ambitious, but I do believe it would be quite welcome. They’re also planning to do a traditional brunch on the weekends. 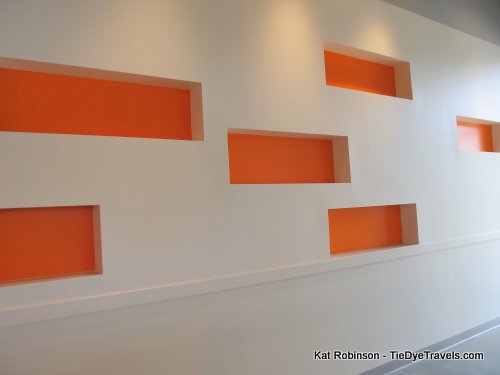 So… orange. There will be an orange cocktail of some sort. There won’t be an orange burger (EDITED: Well, I photographed a burger that looked orange a few months later). It won’t be excessively gimmicky. I can appreciate that.

Furniture has been ordered — Beachboard seems very excited about it, neat chairs and tables inside, some fantastic orange umbrellas on the patio. He says the patio’s probably going to be expanded from its current size to make use of the long side of the building. There’s a really cool light feature coming in, too, along with some wood cladding for some wall spaces. 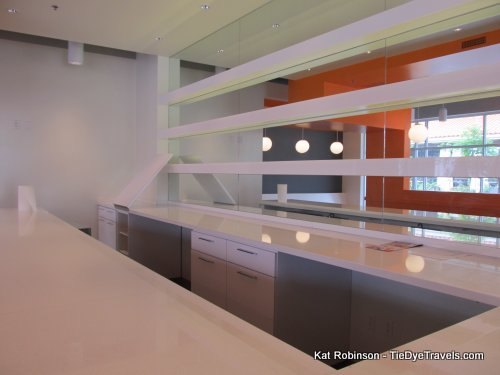 And of course there’s the whole point of sale system. I find it intriguing and necessary. Seriously — Beachboard is right. You really could shave three to five minutes off an order by placing it at the table via the POS system rather than writing it down, taking it back (after potentially stopping at other tables) and handing it over. I also believe there could be a chance of fewer order mistakes — which I’ve seen happen more often than I’d cared to have happen thanks to wait staff versus handwriting.

If all goes well, they’re expecting to open August 15th. I bet they can do it, and I’m pretty hyped about the venture. It’s fresh, it’s new — yeah, it’s burgers but it’s also salads from the folks who already make just about the best salads out there.

One more thing. I asked Beachboard if the idea of Big Orange had anything to do with Redfield’s Mammoth Orange Café. He says he was unaware of the restaurant until recently, when others had asked him about the connection. There is none.

Added:
My first Big Orange review can be found here.
Told by Kat Robinson at 3:01:00 PM