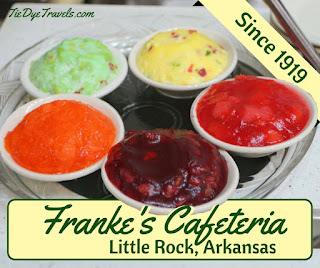 Any restaurant that’s passed the 75 year mark in Arkansas has to be something good.  In Little Rock, you can find two restaurants owned by the same family that date back to a tradition 96 years in the making. Let's talk about Franke's. 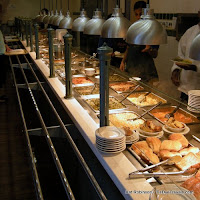 Franke’s Cafeteria didn’t start out as a cafeteria. It was first a bakery, sort of a hole in the wall joint that served up doughnuts and such downtown in 1919 by C.A. Franke. Five years later, the first cafeteria under the name was opened at what’s now Capitol between Main and Louisiana. 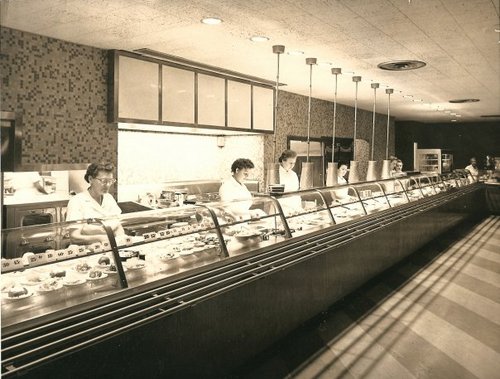 There were (and still are) other locations. There was one inside the old University Mall back in the day.  There is still a location downtown, and even today I sometimes find myself down there enjoying egg custard pie and cabbage rolls. 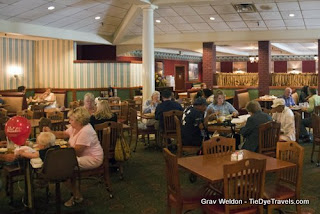 There’s also a Franke’s on Rodney Parham in the Market Street Shopping Center. Some people don’t understand what it is when they go in, because they’re used to buffets.  Franke’s serves its items separately as a cafeteria.  Sure, you can load up your platter, but it’ll cost you. 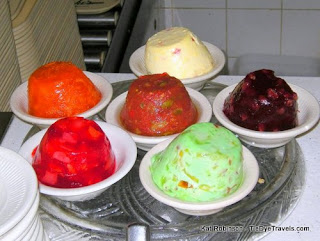 No need to do that, though.  The items are substantial.  You head to the end of the line, grab a tray and cloth-wrapped utensils, and choose the dishes you would like with the help of smartly attired attendants. And there’s all sorts of foods. In the salad section alone you could get lost without a Sherpa – with those restaurant-style lettuce 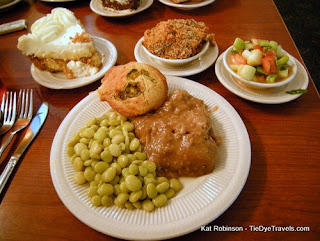 and cucumber and tomato salad with dressing, carrot salad, marinated salad with onions and tomatoes and cucumbers, blackeye pea and pepper salad, Ambrosia salad, green bean salad, pea salad… and at least six types of congealed salad. There are beets and peaches and okra of varying sorts. 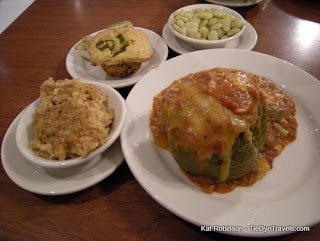 Entrées vary by the day: roast beef and ham and fried chicken and roasted chicken and hamburger steak, chicken croquettes and baked catfish and fried catfish and pepper steak with onions and cabbage rolls and pork chops. More sides than you can shake a stick at -- cabbage with ham, green beans with bacon, corn in 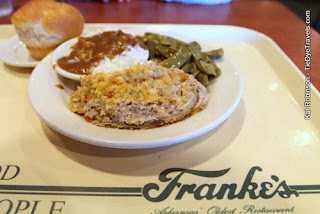 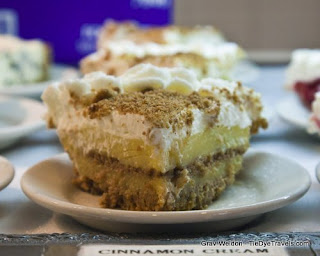 And then there’s pie. Franke’s has more pie than you can shake a spoon at, pecan and sweet potato and sometimes pumpkin and egg custard and lemon meringue and brownie pie and that’s just some of the hot ones. There’s banana cream, chocolate cream, lemon cream, coconut cream, cinnamon cream, strawberries and cream, 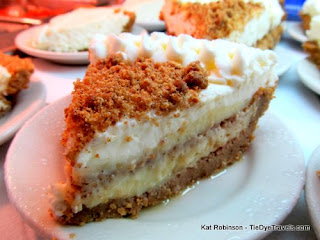 and heaven knows what other types of cream.  And there’s cobbler and cake too.

Service doesn’t end when you pass through the register section at the end of the tray line. A porter will come take your tray as soon as you sit down, so you’re not left trying to find a place for it on your table. They’ll even carry your tray for you if your hands are full or if you need help. A kind waiter will drive a cart by every once in a while with refills on coffee and tea and take-home boxes. Other waiters will check on your soft drink. And there is no rush. Take your time. Enjoy your conversation. You can pay up when you leave. 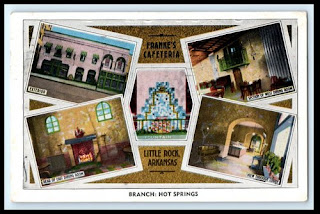 The best part – all those foods are Arkansas classics, whether they’re dishes that were created here or items that have been served for the ages.  So take a culinary history lesson and dine at Franke’s.  For more information, check out the restaurant’s website.