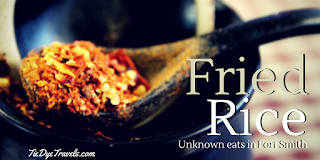 Finding a good restaurant to be your go-to spot in any community takes time. There are things to look at, like price and options. For me, Fried Rice is a go-to when I'm in Fort Smith - because it hits all the right notes. 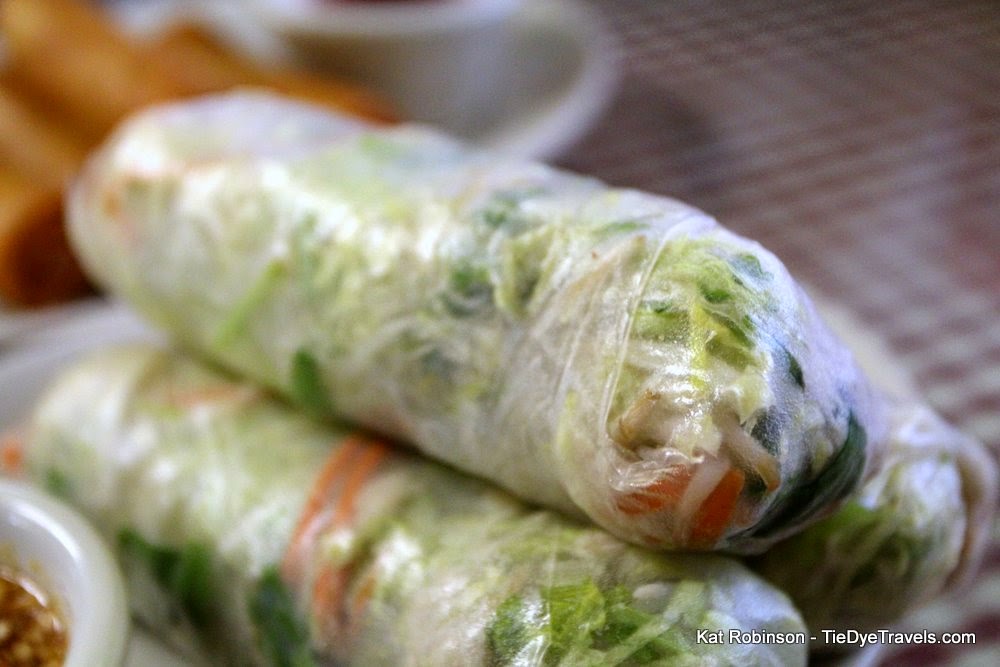 Like most travelers, I love finding a great restaurant with a low price point.  It's even better when the food is outstanding.  And in Fort Smith, there are a plethora of these cheap eats - and this one is apparently a local secret.  Well, be secret no more. 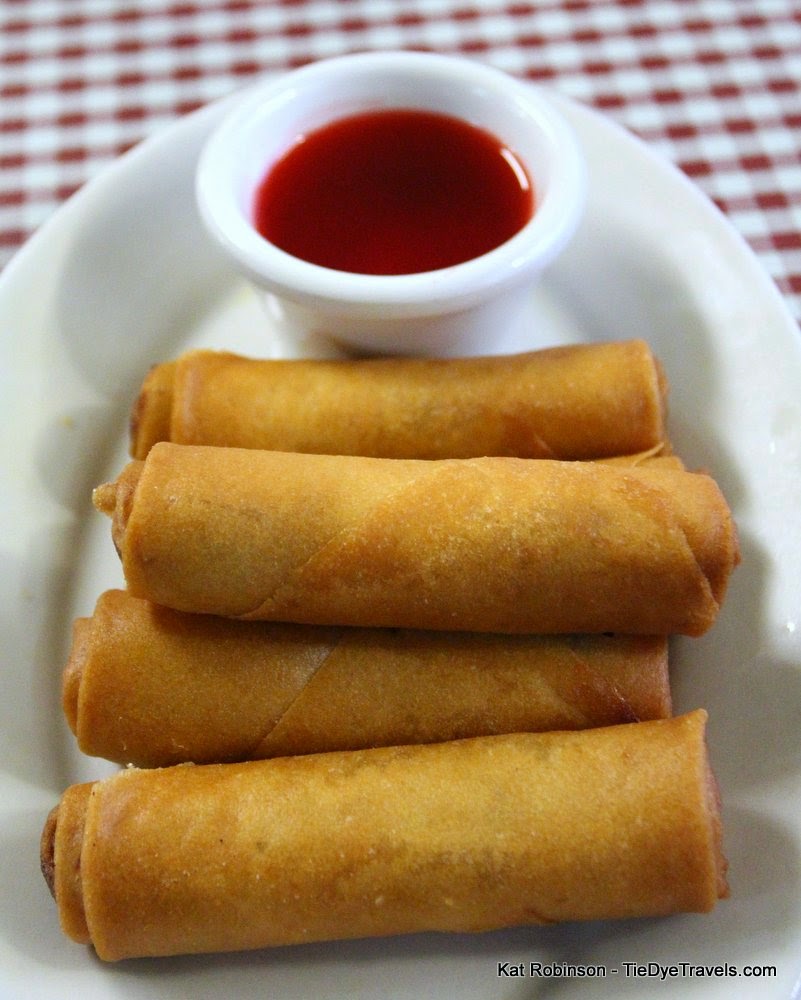 I talked about the multi-ethnic diversity of Fort Smith in Classic Eateries of the Ozarks and Arkansas River Valley.  Thanks to the U.S. Army installation Fort Chaffee, all sorts of international influences have been made on Arkansas food in this section of the state - from the brides that came back from World War II and the later peace with U.S. servicement (see Emmy's German Restaurant) to the Vietnamese and Cambodean refugees airlifted to the camp from southeast Asia in 1975 and 1976, to the Cuban refugees in 1980 and later the refugees from the natural disaster of Hurricane Katrina in 2005.  Add in a Mexican influx from immigrants coming north, and Fort Smith is indeed a melting pot.

This pot has a lot of components in its stew, including a remarkable number of Asian restaurants.  They range from Chinese to Korean to Thai, and they're all unique.  This post is about a little place on Midland that doesn't look like much but it's really dang good. 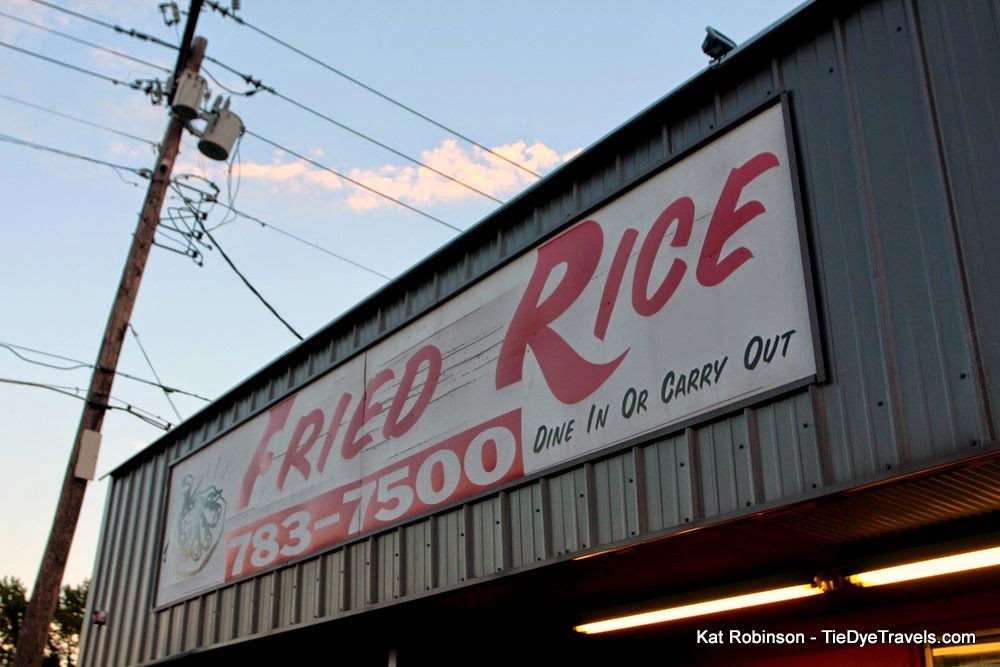 Fried Rice is set in an old dairy diner not far from the fairgrounds.  It doesn't look like much from the outside, with its damaged parking lot, but that lot is often to capacity with cars parked for diners who squeeze into the little dining room inside.

We went on a Friday evening shortly before closing time -- but we were still welcomed warmly.  There's no early closing of the grill here; cooking is done right up through closing time for anyone in the restaurant.  The menu was simple, and it didn't take us long to decide on our dishes.

There were a lot of diners that night, and even more coming in to the restaurant to pick up to-go orders.  The restaurant was loud, both from the chatter of its patrons and a cacaphony from the kitchen, a banging of utensils against pots and the hiss of steaming and frying.  The scent of dozens of spices, heated meats, freshly chopped onions and hot sauces came together in a quilt of senses. 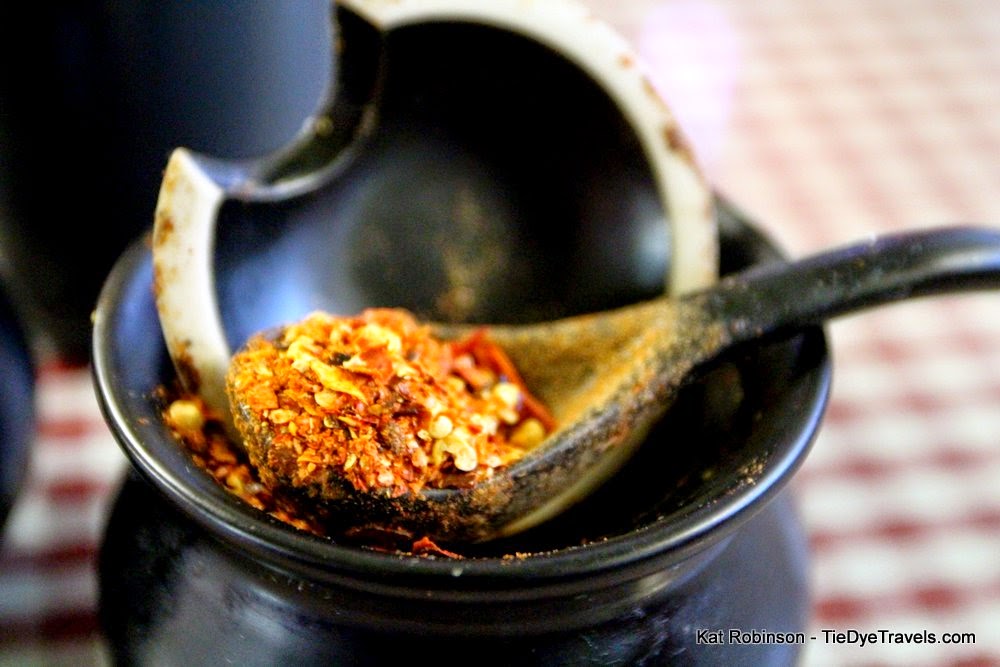 While many of the names on the menu had been similar to what we're used to in Chinese restaurants, the flavors here are identified as Thai.  Indeed, instead of duck sauce on the table, there were homemade condiments such as a spiky hot jalapeno sauce and bowls of sugar and five-spice, ready for application.  There was also a squeeze bottle of soy sauce. 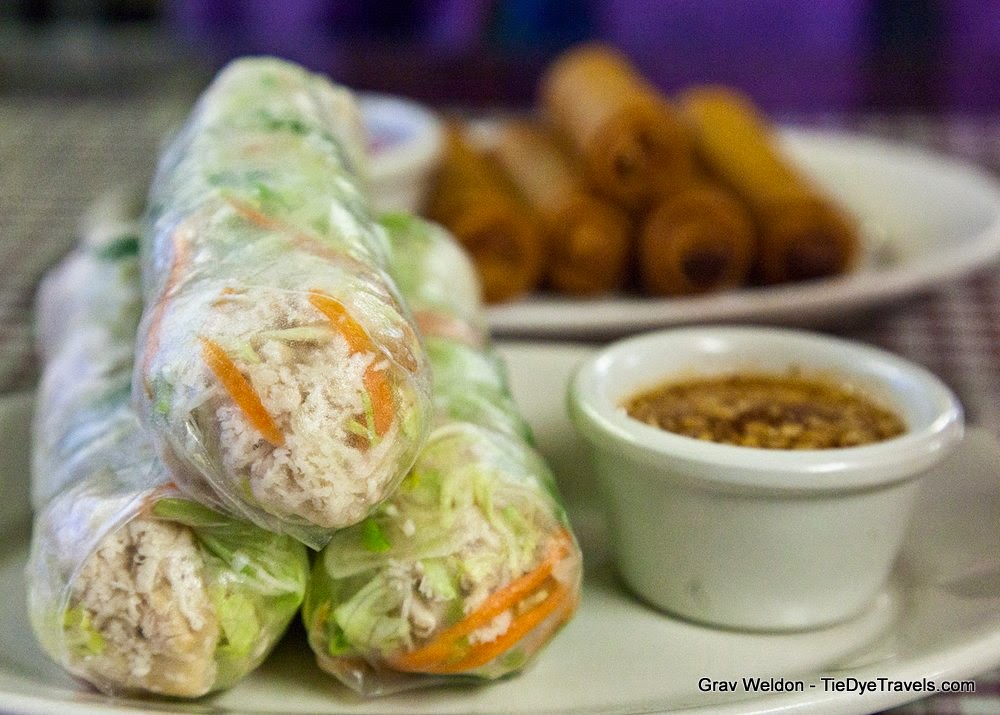 The turnaround on our dishes was very, very quick.  Less than five minutes after ordering, we had our appetizers.  The chicken, vermicelli and vegetable filled spring rolls were massive two-handed affairs served three to a plate with a sweet-and-sour tangy sauce that was best applied by pouring directly into the roll.  They were fresh and crispy and evidently just-made. 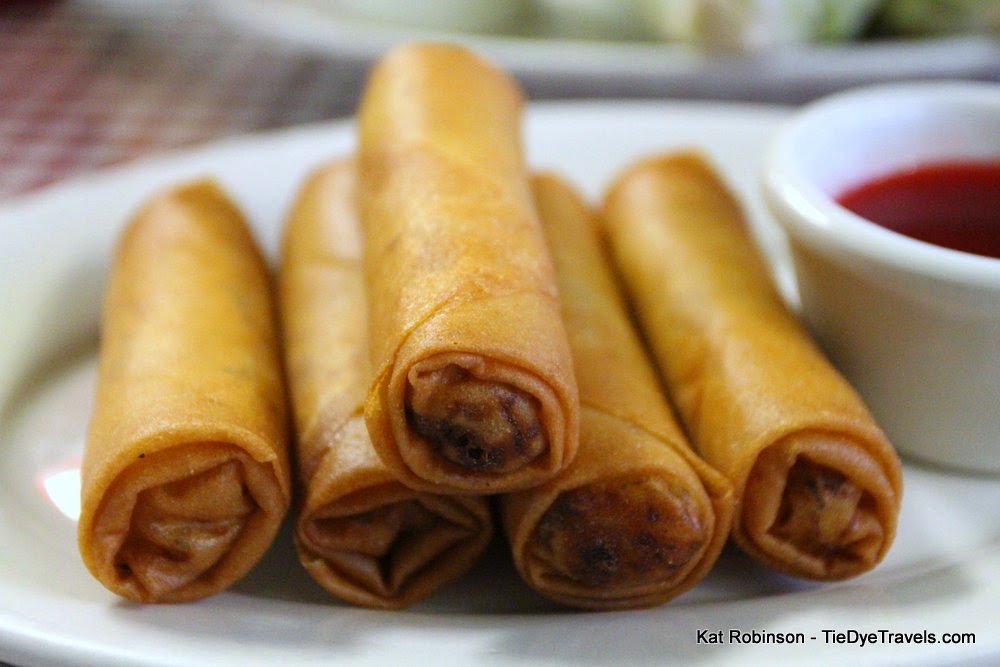 Egg rolls came five to a plate, cigar-shaped and golden, with a deep red dipping sauce.  Hunter took to these the most, even clinging to half of one on our way out later.  In amidst the cabbage and carrot were bits of chicken (instead of the beef or pork we've found elsewhere).  Unlike the eggrolls we've previously encountered, these weren't bubbly-surfaced but smooth and flaky on the outside. 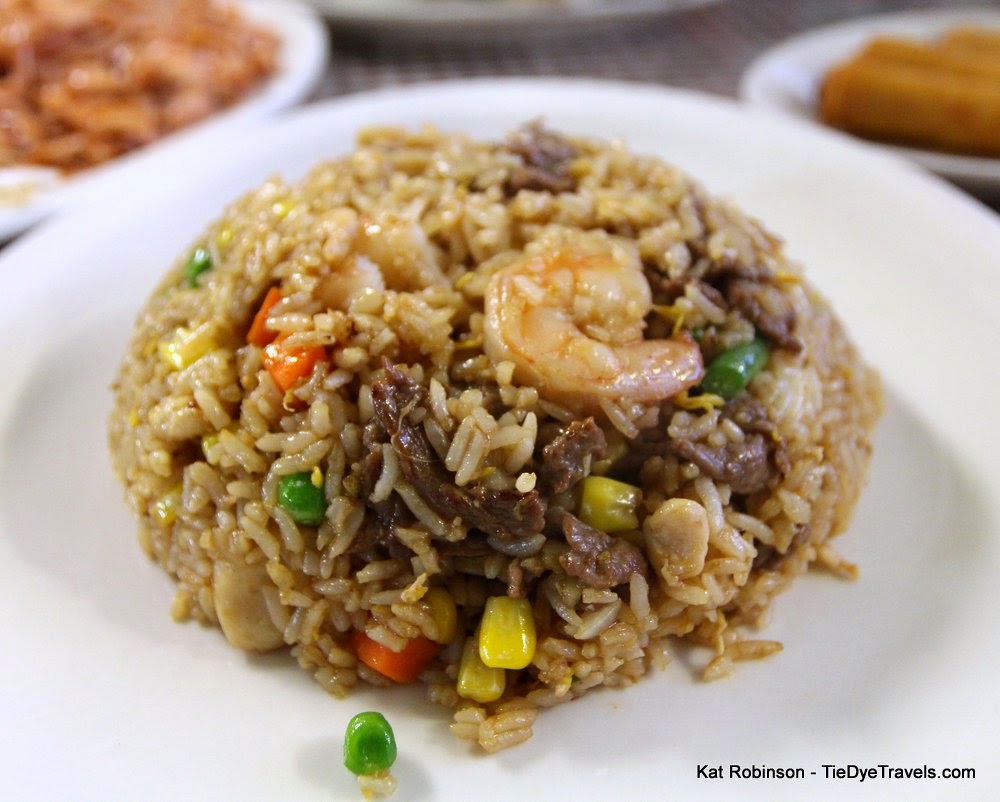 Our main dishes quickly followed -- including the house signature dish, fried rice.  The blend of fragrant rice was packed with beef, chicken and shrimp as well as the usual vegetable mix and egg, formed into a bowl before being popped onto the white platter for delivery.  For a dish to name a restaurant, they did quite well. 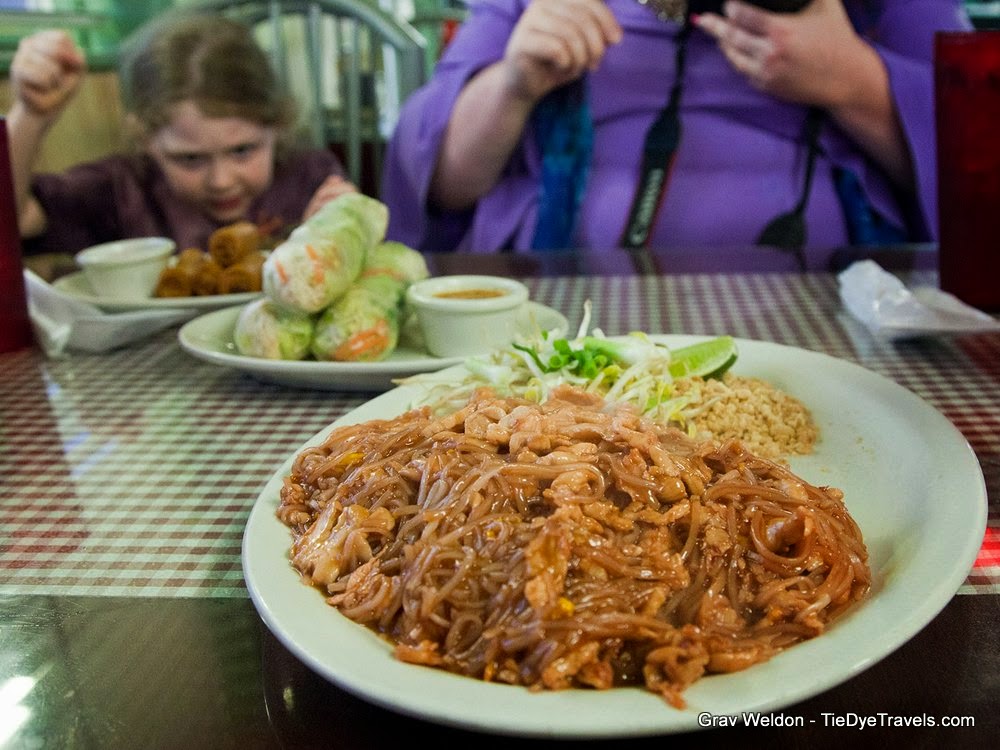 The pad thai came out steaming, filled with chunks of chicken.  Unlike other versions of this dish, Fried Rice's variation is pink.  Yes, seriously, pink.  I'm not certain why.  It looks odd, but it comes in a very large helping, enough to feed two easily.  Bean sprouts, peanuts and such are all served on the side.

Hunter and I tried a dish new to us -- the beef pad se-iew.  I'd never heard of se-iew before.  Turns out, it's another way of saying phat si io, or fried in soy sauce.  These big noodles matched well with the
beef, carrots, onion, 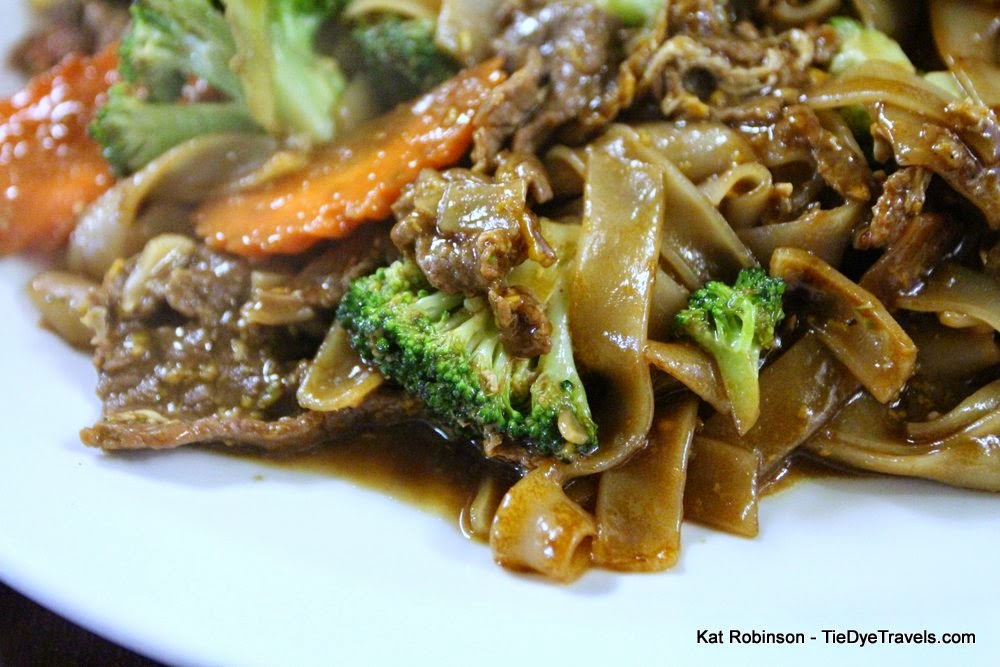 broccoli and bits of eggs, all brought together in the sauce and a bit sweet.  Hunter, of course, had to claim most of the broccoli and carrots, but all were very sweet and a little crispy on the inside.  I could see becoming addicted to this dish, and I need to find it in Little Rock. 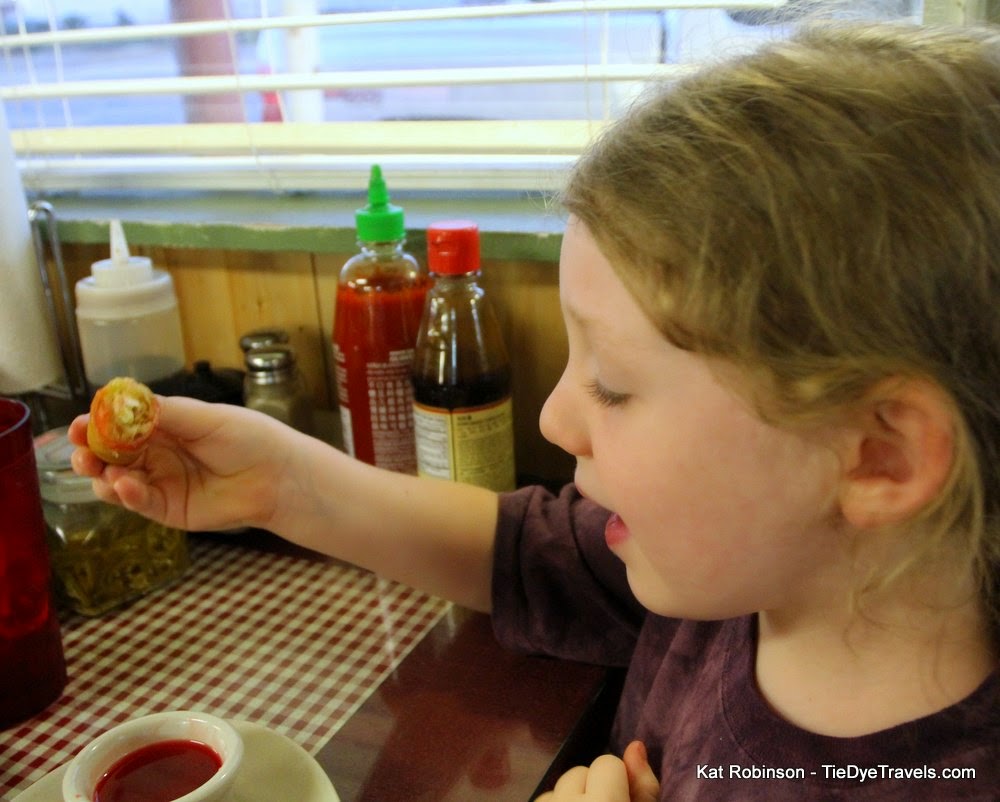 We didn't try dessert -- as it was, we took home much of what was set before us.  But we are planning to make a return trip at some point to sample other delicacies, such as the Phat Pet (meat stir-fried with curry sauce) and the pineapple fried rice. 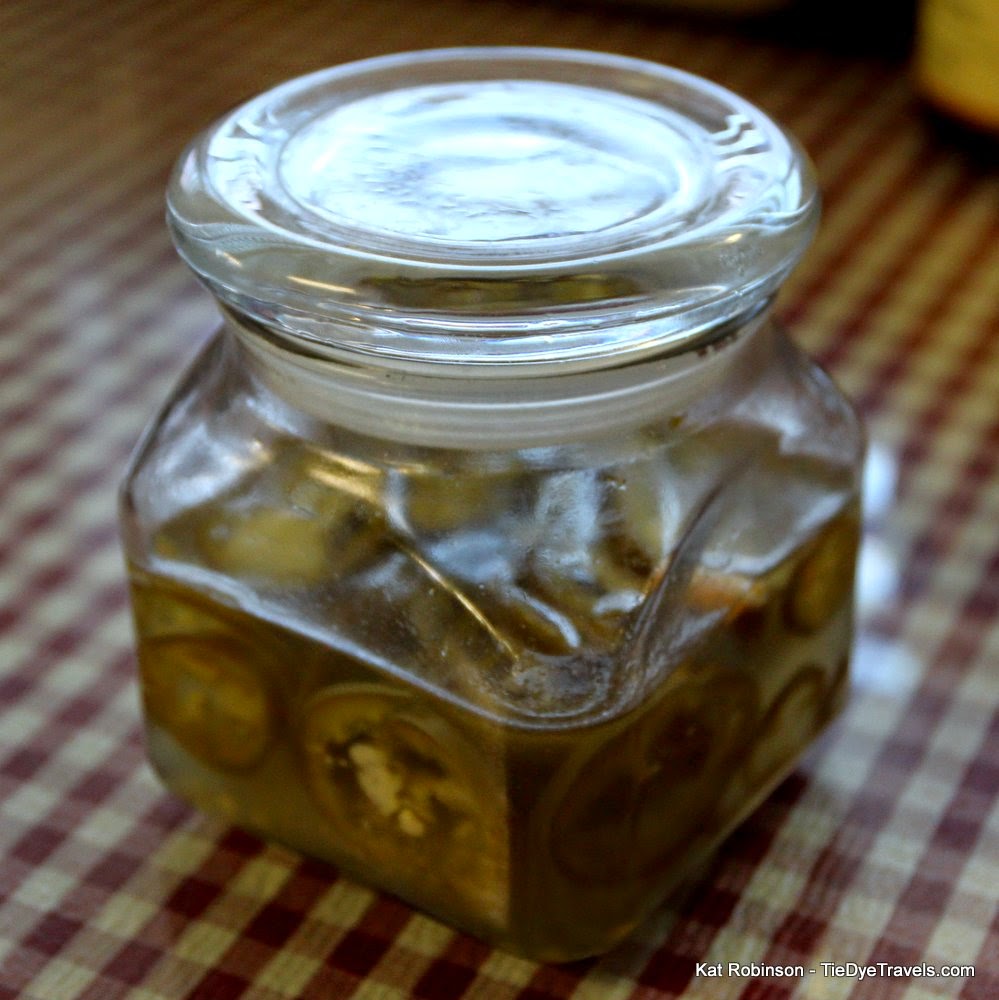 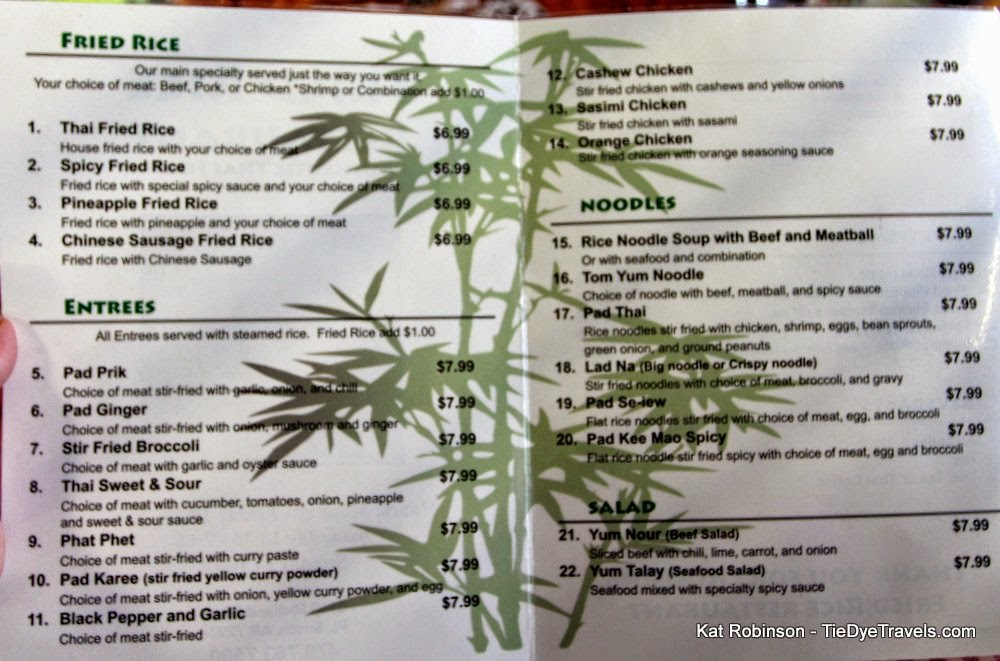 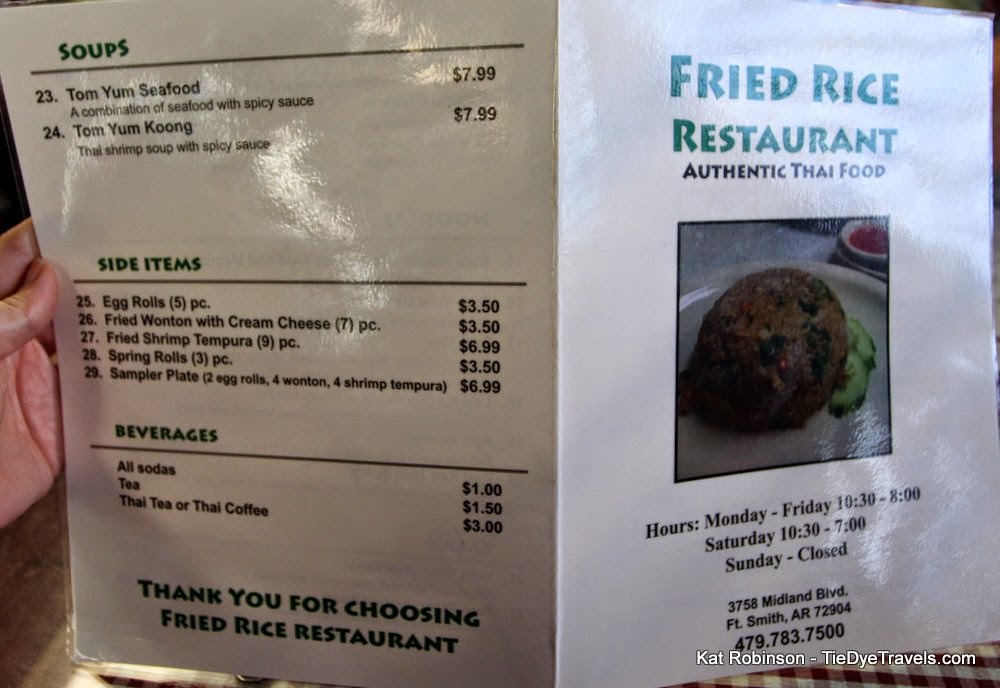