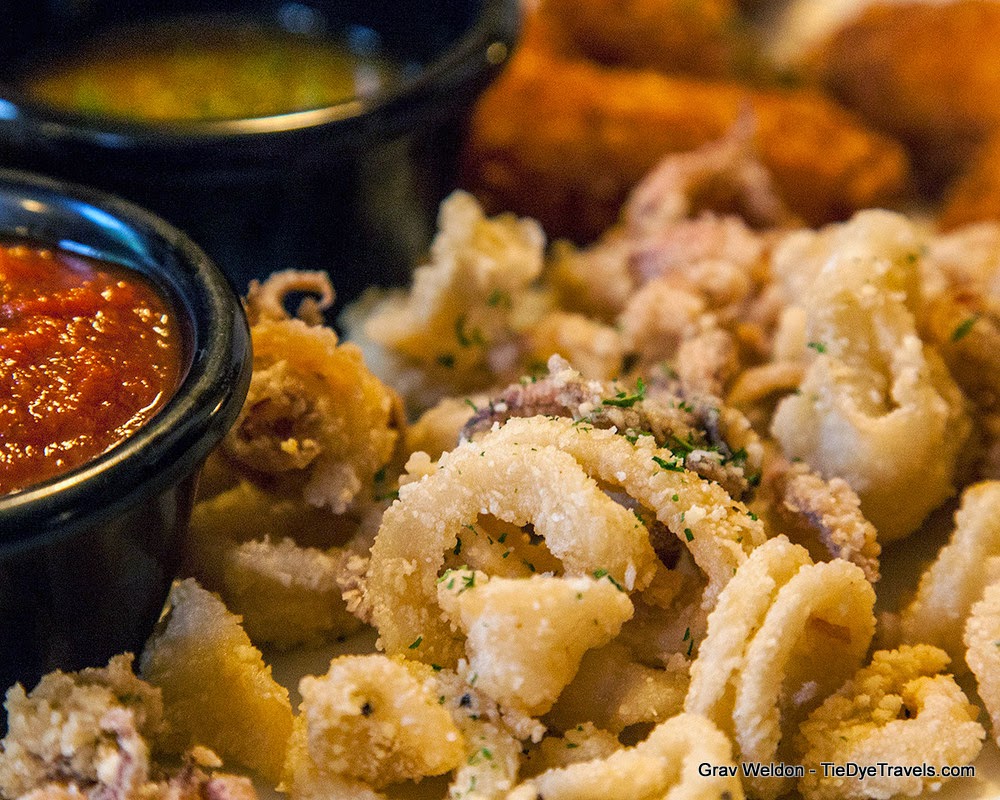 An unlikely eatery along Arkansas’s western border deserves attention and praise… and a visit when you’re in the area.

Mena’s a long drive from the heart of the state, whatever way you slice it. An hour and a half from Fort Smith or Hot Springs, two hours from Texarkana and two and a half from Little Rock, it’s not the sort of town you’re just going to dart over to for dinner if you live in the heart of the state. But if you’re closer by, or if you’re planning to vacation in the Ouachitas or take a ride along the Talimena Scenic Byway, it’s a great place to go.

On the northern outskirts of town, you’ll find a charming bungalow of a restaurant, spread out over a lot. There’s a little parking up front and a lot of parking in the back, and inside you’ll find classic Italian dishes served up with good wine, good soups and a generally good attitude. 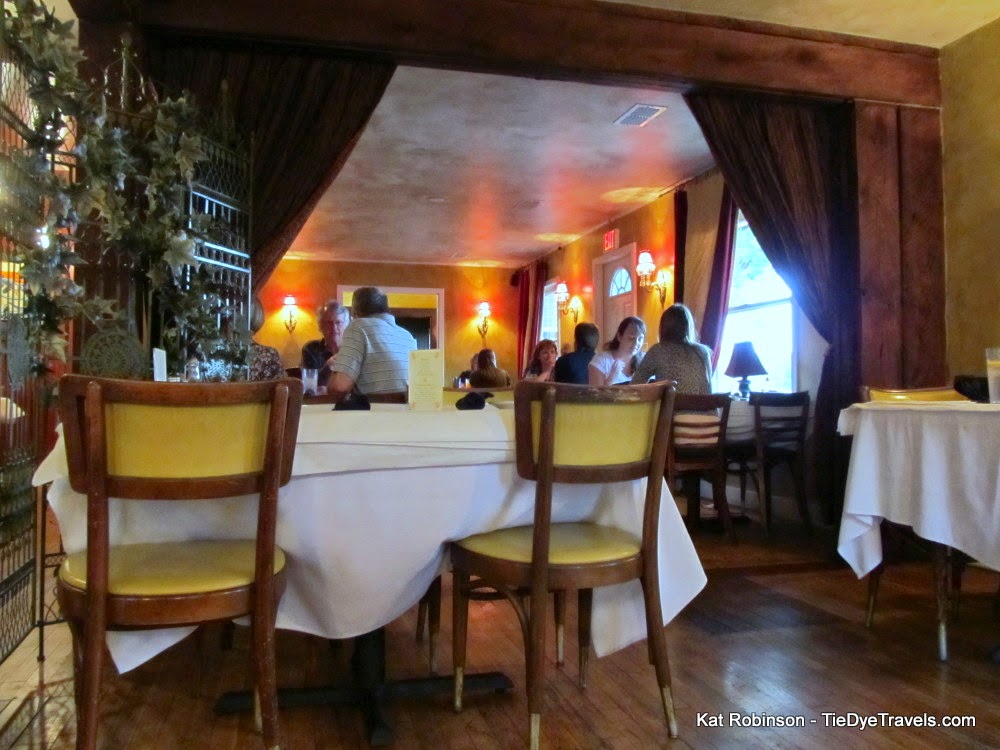 This is Spinelli’s. Opened the day after the major tornado that tore through downtown Mena in 2009, the eatery provides an oasis from everything else.

Within the house converted into a restaurant are several rooms decorated in Tuscan colors, walls bedecked with local art and, outside the back door, a large patio with pergolas and vines and… well, it’s actually quite lovely.

On this trip, we spent way too much time looking through the menu. A lot of Italian restaurants have these big menus with dozens upon dozens of items, and Spinelli’s is no exception. We debated between Eggplant Rollatini and Chicken Marsala and a host of different items on the Choose Your Own Pasta option (which includes, in case you’re wondering, your choice of angel hair, spaghetti, penne, linguini or whole wheat pasta with marinara, meat sauce, alfredo, vodka cream, garlic and oil, garlic butter, red pepper cream, butter garlic and lemon sauces), $6.95 for lunch or $8.95 for dinner with a choice of add-ins (meatballs, shrimp, chicken, broccoli, Italian sausage, mushrooms, bell peppers, tomatoes or mixed vegetables) for an additional cost.

Instead, once we saw the seafood platter, we had to go for it. We were warned, though, that a full order of any of the pastas on the menu were going to be large enough to not need an appetizer (an odd suggestion from a waitress, but we took it to heart). She also suggested a compromise – why not split our dinner?

You know, it’s really not normal for a business to suggest you spend less money. I’m all about that. 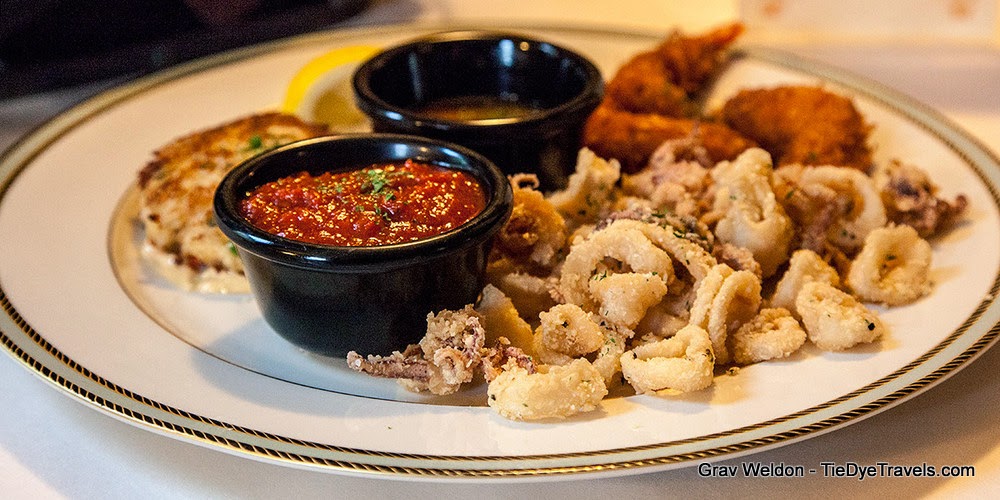 So we got the Seafood Sampler, a platter of fried calamari, coconut shrimp and crab cakes. It was served with a butter sauce and marinara sauce, and it was obviously handbattered and created

right there. The calamari were gnarly and colorful with such a light breadcrumb breading, the coconut shrimp a little sweet and tangy. But the crab cakes were especially fantastic – with just a hint of breadcrumbs and filler and lots of pulled lump crab meat, a bit buttery and a little 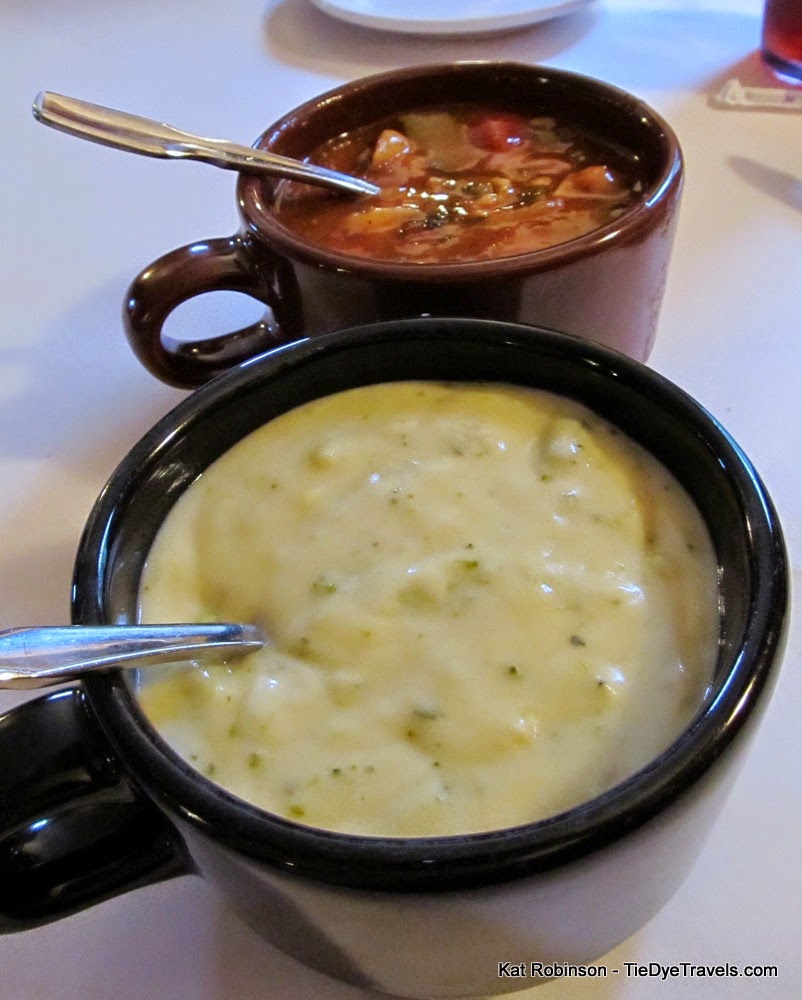 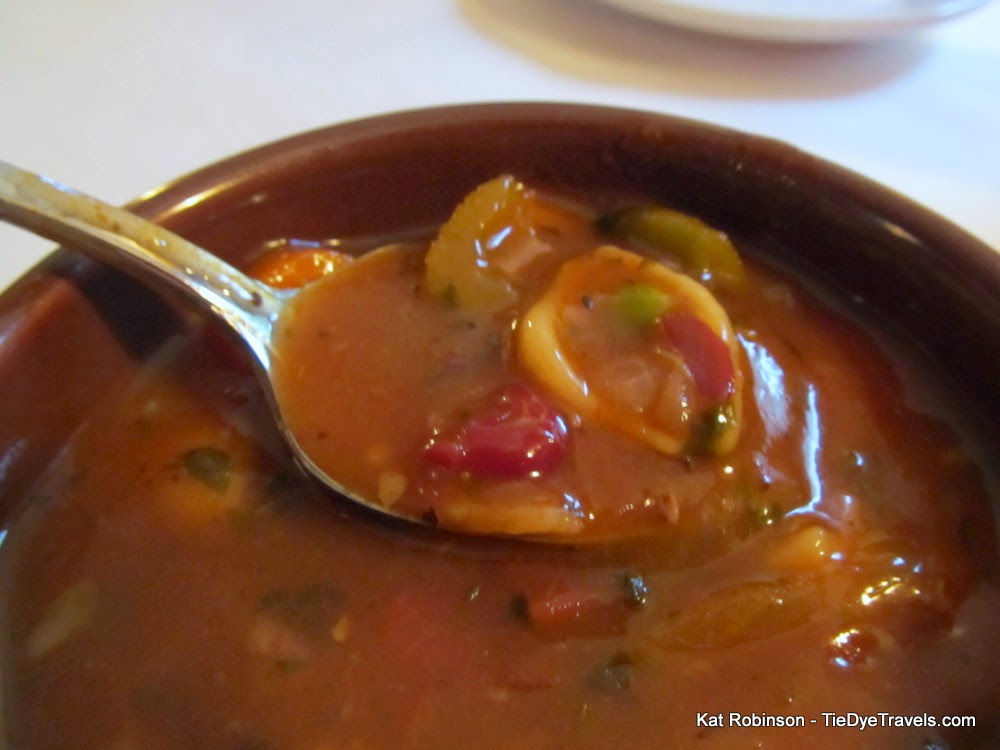 We also opted for soup rather than salad on this venture, and were rewarded with a thick, rich creamy mushroom bisque, the soup of the day, and a hearty and lightly spicy minestrone. While the bisque was a bit thicker than it needed to be, the minestrone was absolutely delightful, with lots of vegetables and shell noodles within. 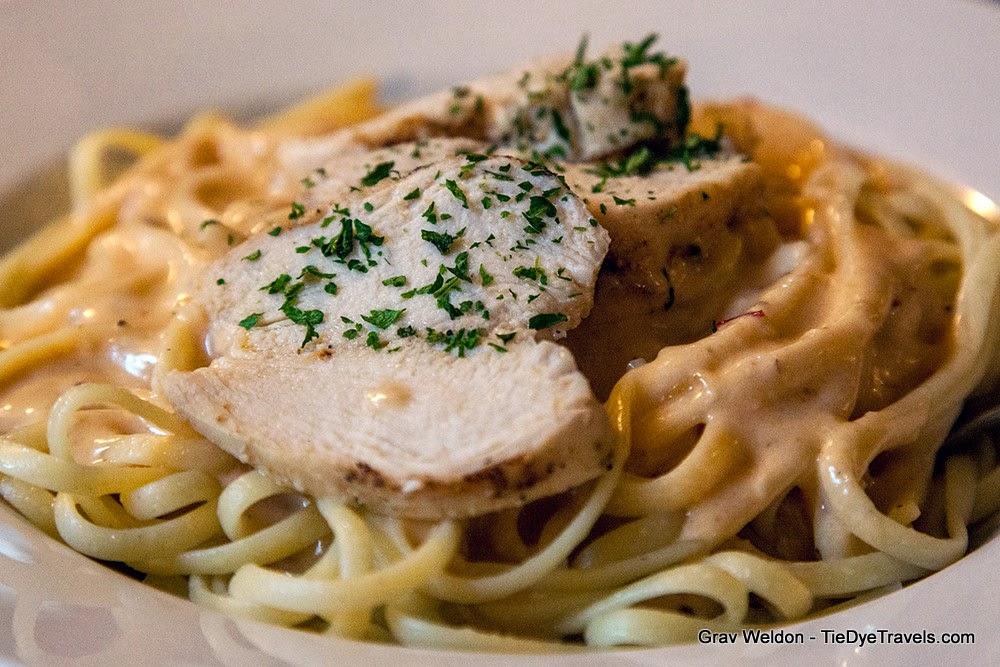 We also shared the Chicken Fra Diavola, which unlike many of the other varieties we’ve experienced across the state, was more of a spicy Alfredo dish than a spicy marinara pastiche. No worries. The hot roasted chicken sliced atop the thickly cut noodles and their equally thick sauce were a nice combination. 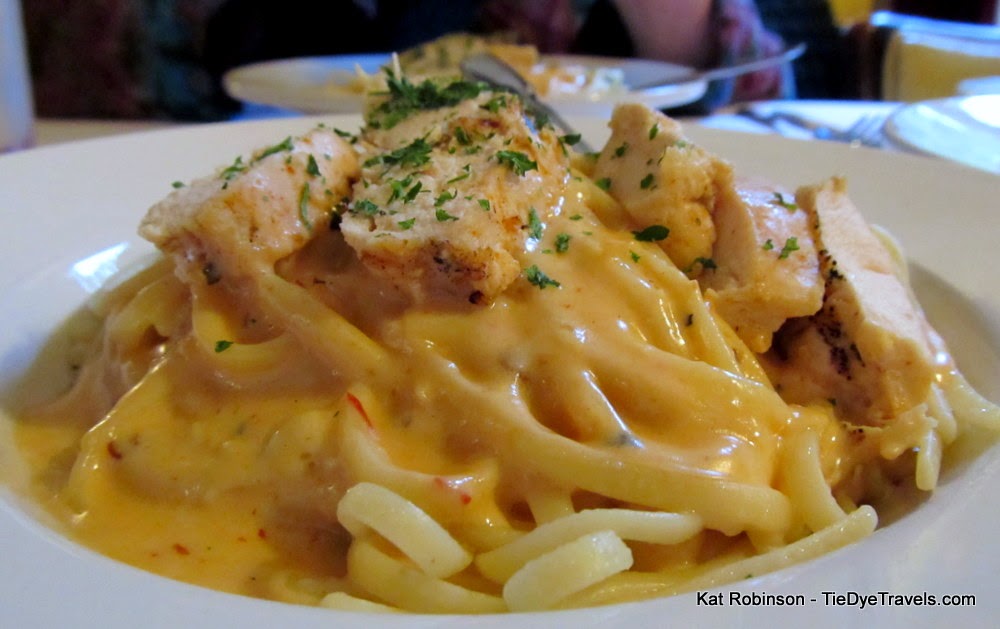 We failed to save room for desserts, though we were told that the cannelloni cannot be beat. Next time we’re in town, we’ll give it another shot.

Spinelli’s may not be a high-end palace like many of our capital city’s lush Italianate eateries, but it is steady and the price point is very reasonable. With Queen Wilhelmina State Park’s new lodge expected to open next spring, you’ll want to make a note.

Of course, my suggestion is to make it a destination along your foliage-seeking drives in the coming months. Every path to get to Mena takes you through lush forests, and Spinelli’s seems to be the sort of place to reach on such journeys.

Don’t discount the rest of the menu. Though we didn’t get to the steaks, salads or seafood also offered on the menu, they’re worth exploring. 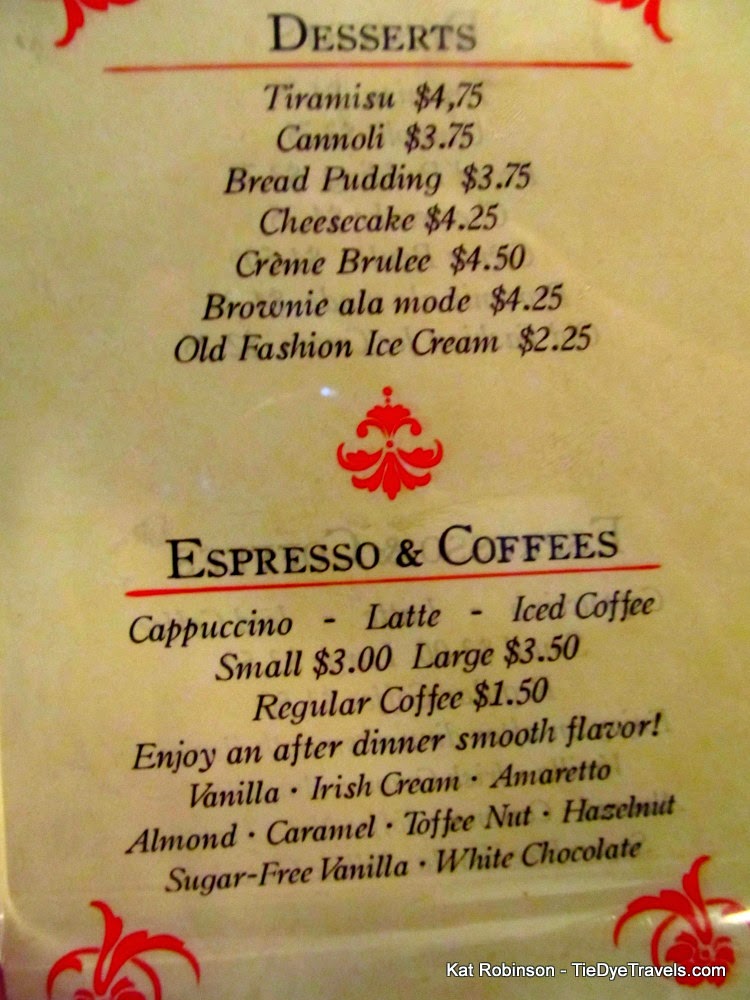 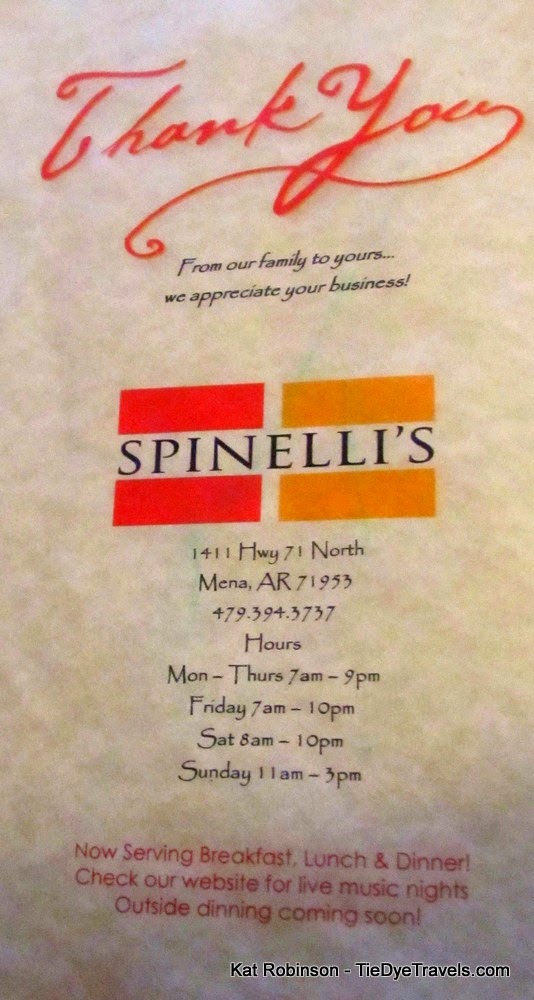 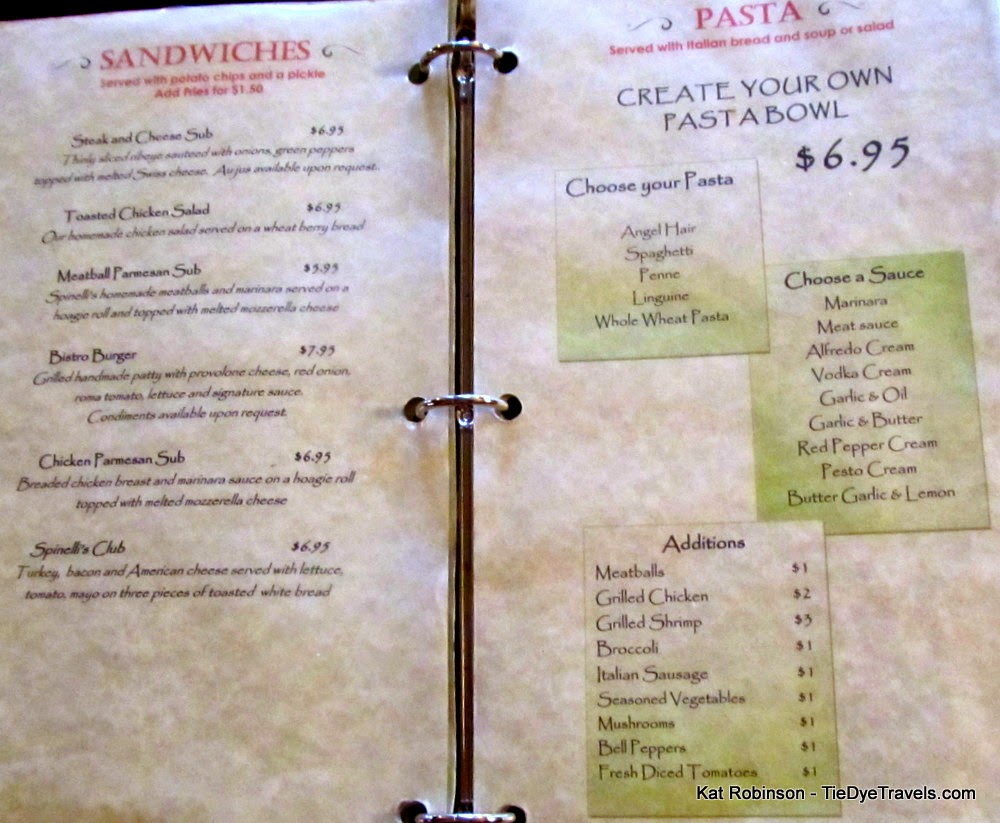 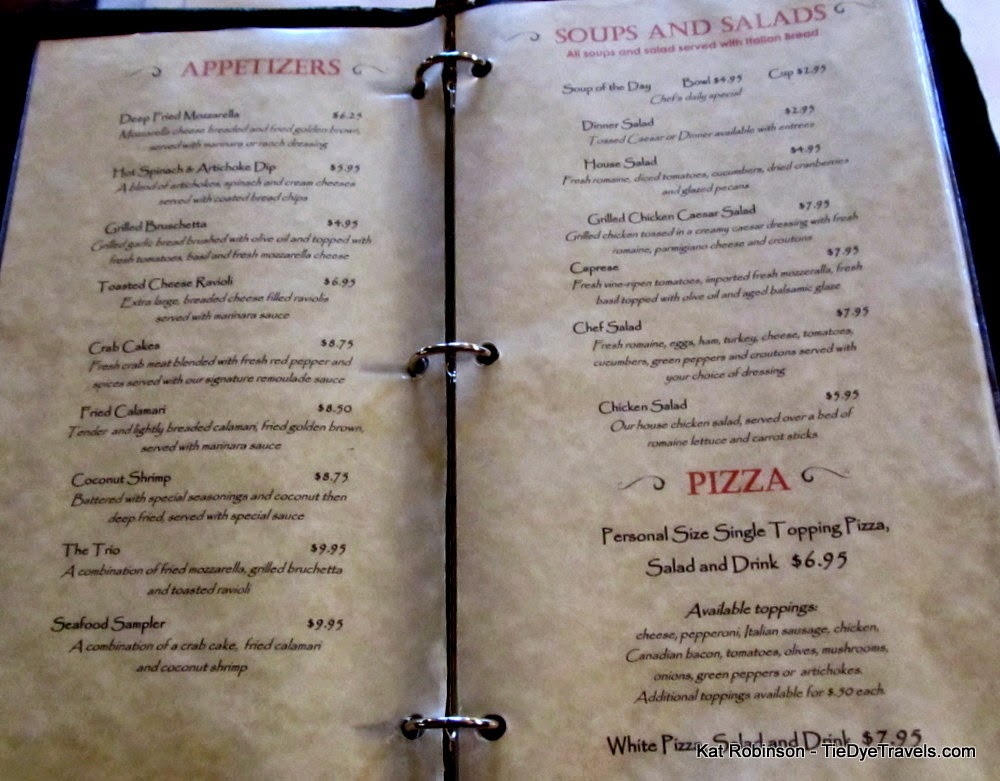 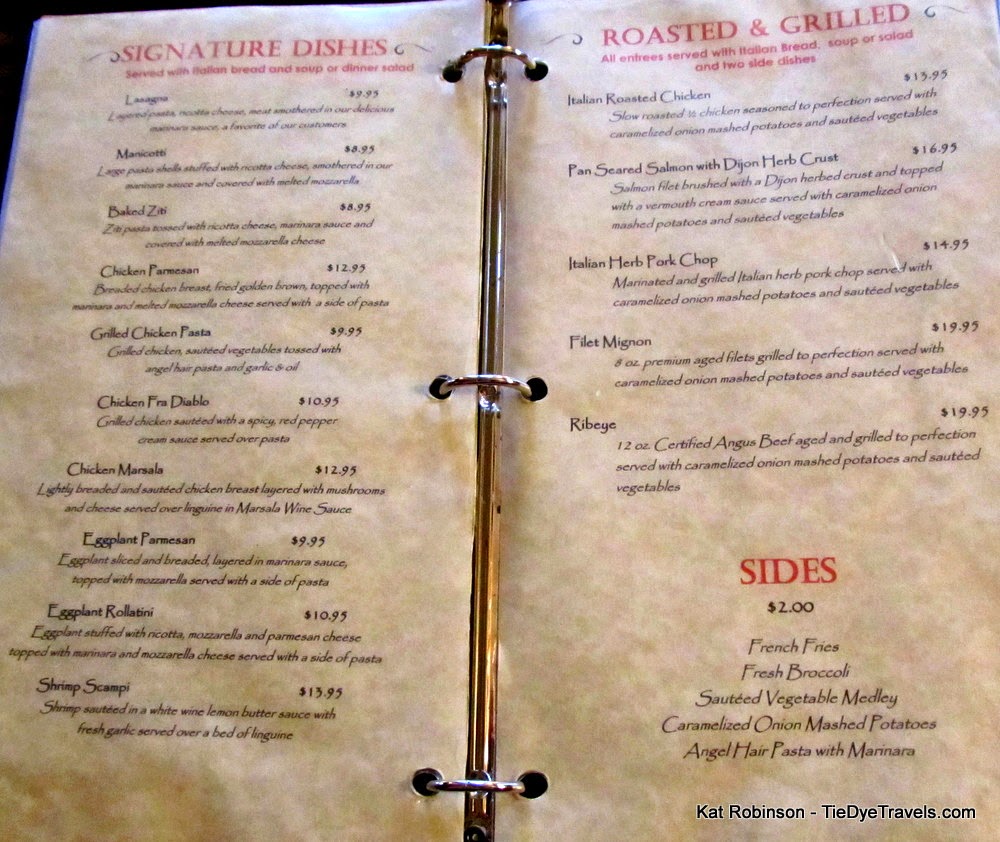