Plenty For Everyone at Tokyo House in Little Rock. 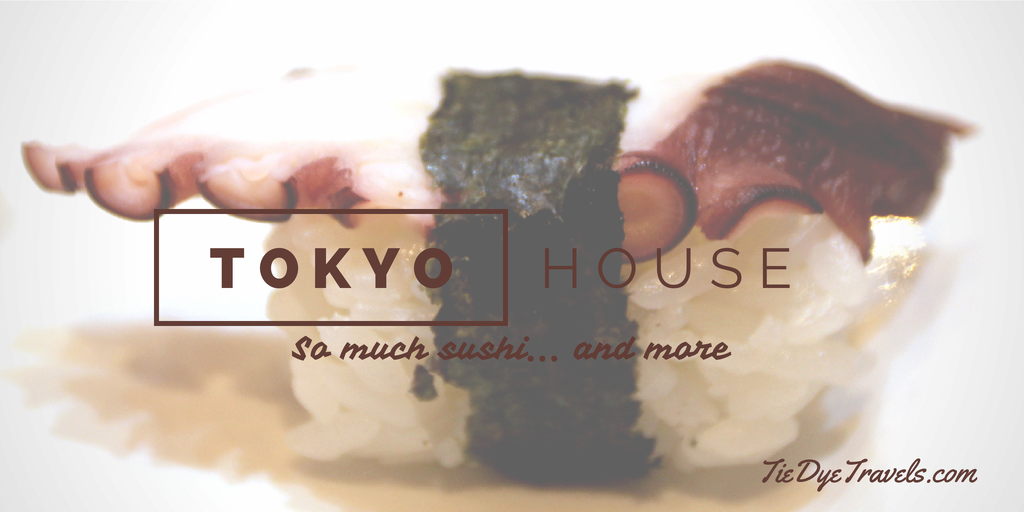 If you'd asked me five years ago what I thought of buffet sushi, I'd have told you to keep it.  Most places around Arkansas that served sushi on a buffet focused very little on the rolls, and in some places the age of said maki was an unknown element. 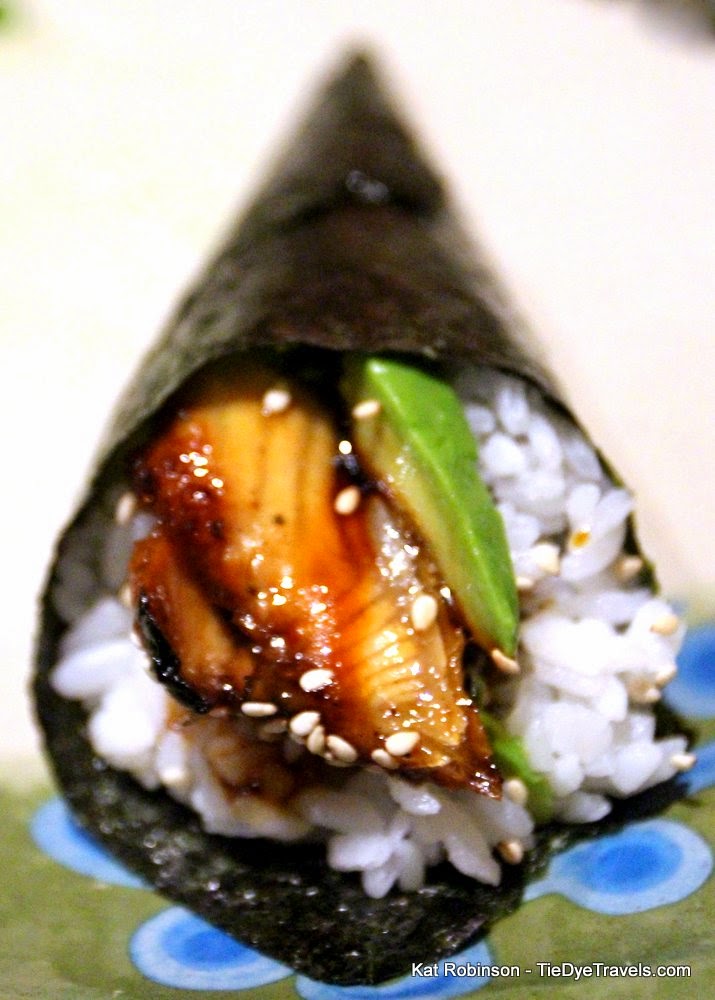 I'm glad to say my mind's been changed, thanks to Little Rock's (and as far as I know, the state's) only Japanese buffet, Tokyo House.  The venture that went in where other businesses failed to thrive has become a must-stop for sushi lovers -- and one of our two go-to restaurants for lunch when we're indecisive (Star of India being the other choice).

Thing is, every other buffet in town has at one point or another disappointed me.  They start strong, but will lag or even just completely fail later.  Not Tokyo House.  And believe me, we should know.  Couple of times a month, it's lunch.  It's a weeknight dinner at least once a month.  Hunter insists on getting her sushi fix here -- and has been known to talk other people into taking her there.  But why? 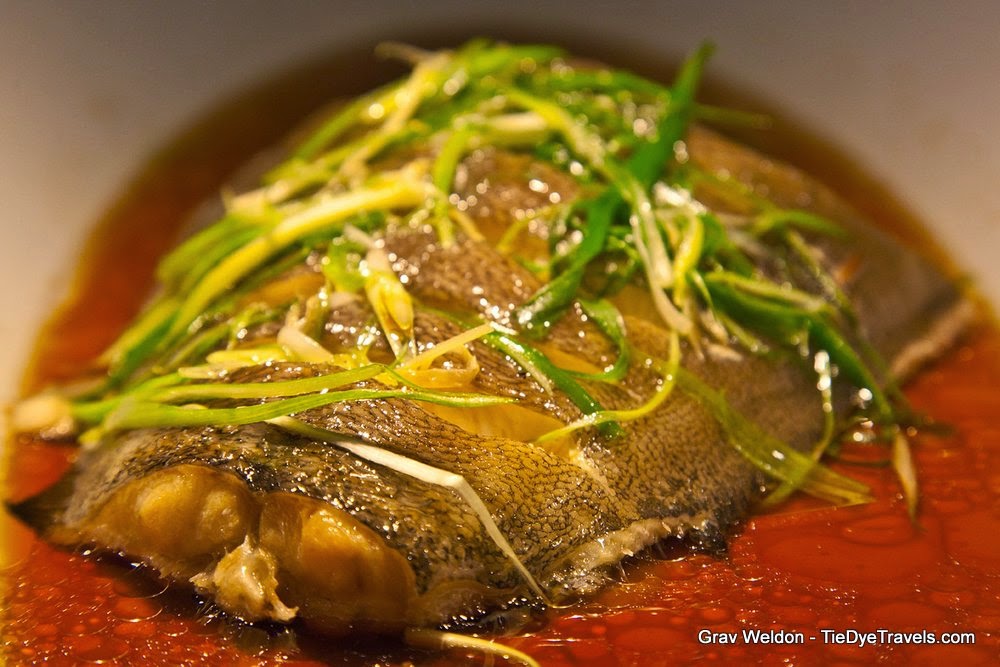 Could be that it's not just sushi. The lower level (the buffet is so large there are two separate rooms of it -- one with cold items and sushi, one with hot items and soups and desserts).  There are a lot of usual suspects on the hot buffet -- a shrimp dish with zucchini's one of my favorites.  There's usually 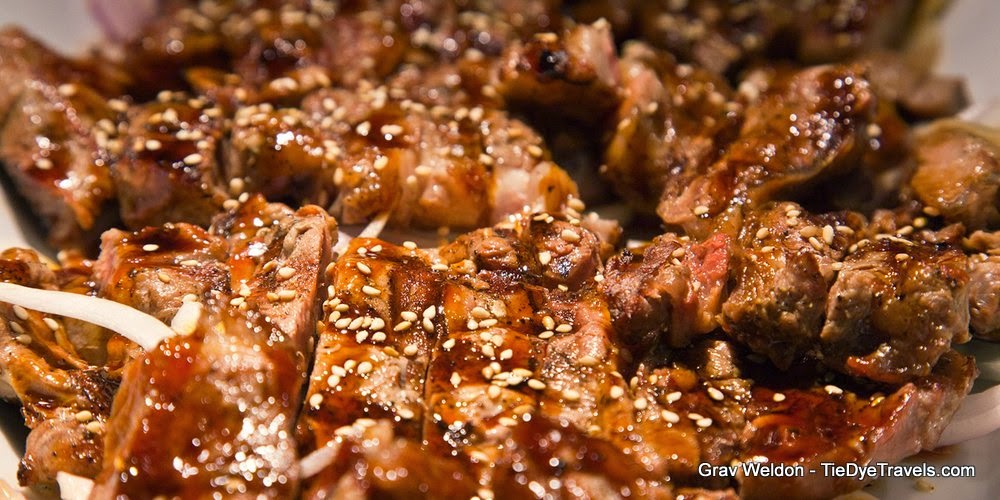 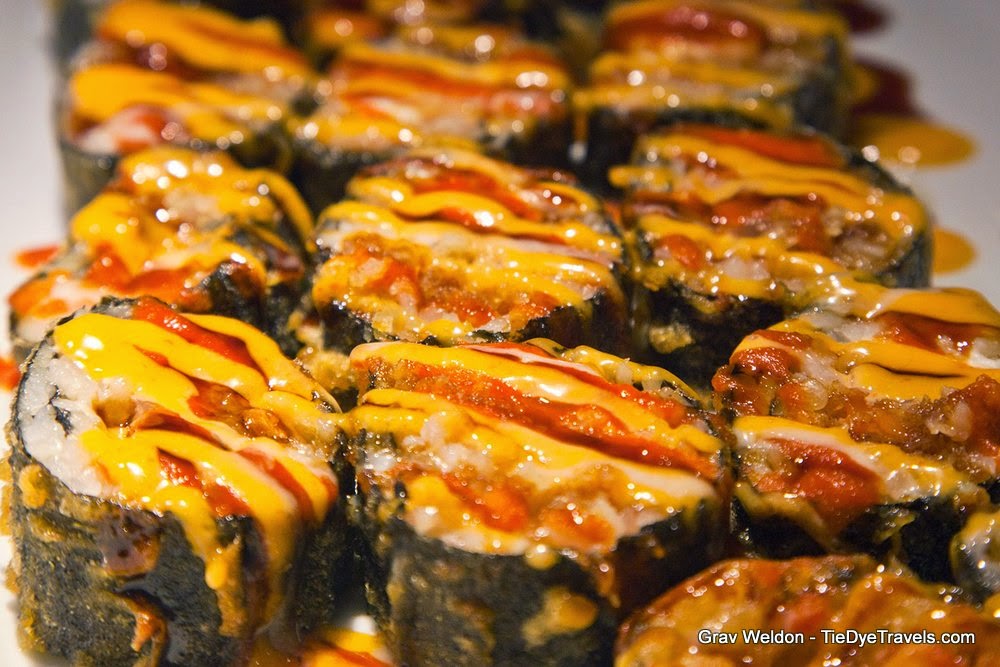 or udon.  There's also often roasted duck or lamb (or both!), volcano roll and grilled calamari.  And there's always spring rolls and long, panko battered shrimp with tempura and duck sauces for dipping.

There are also the often overlooked soups, white rice and fried noodles in the back corner.

Desserts include a variety of fruits (melons, pineapple, grapes, oranges), tiny delicate cakes and cream puffs and three to four colors of Jell-O. 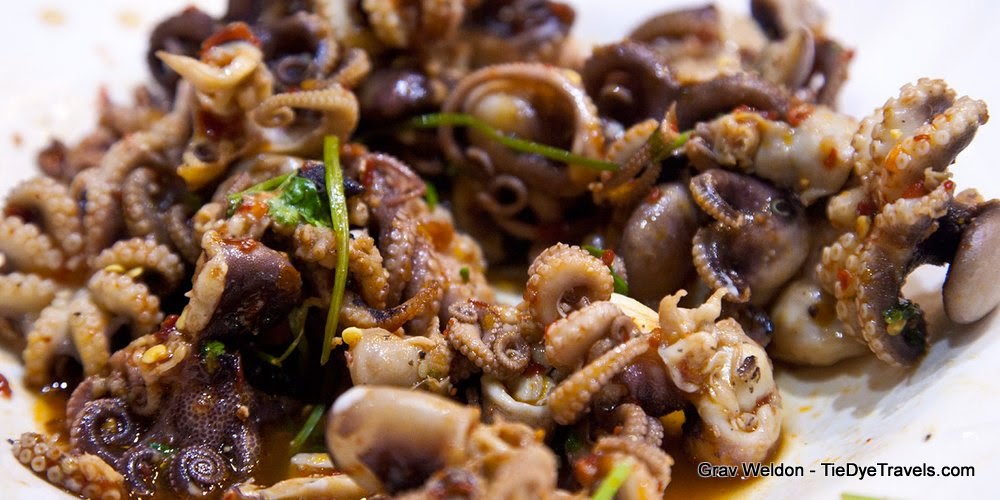 But that's not you're looking for when you see sushi in the title.  There's a whole 'nother section for that.

On the square buffet upstairs (no worries, it's just two steps or a long 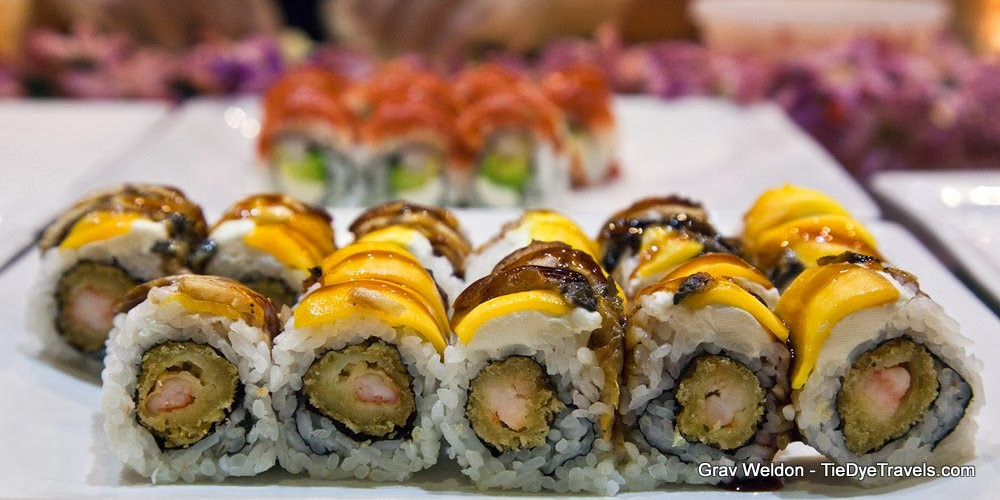 ramp away), you'll find salads (seaweed, octopus, traditional lettuce with ginger dressing), cold vegetables and pickles and ginger on one side, cold items such as soba noodles with crabstick and evening-only items 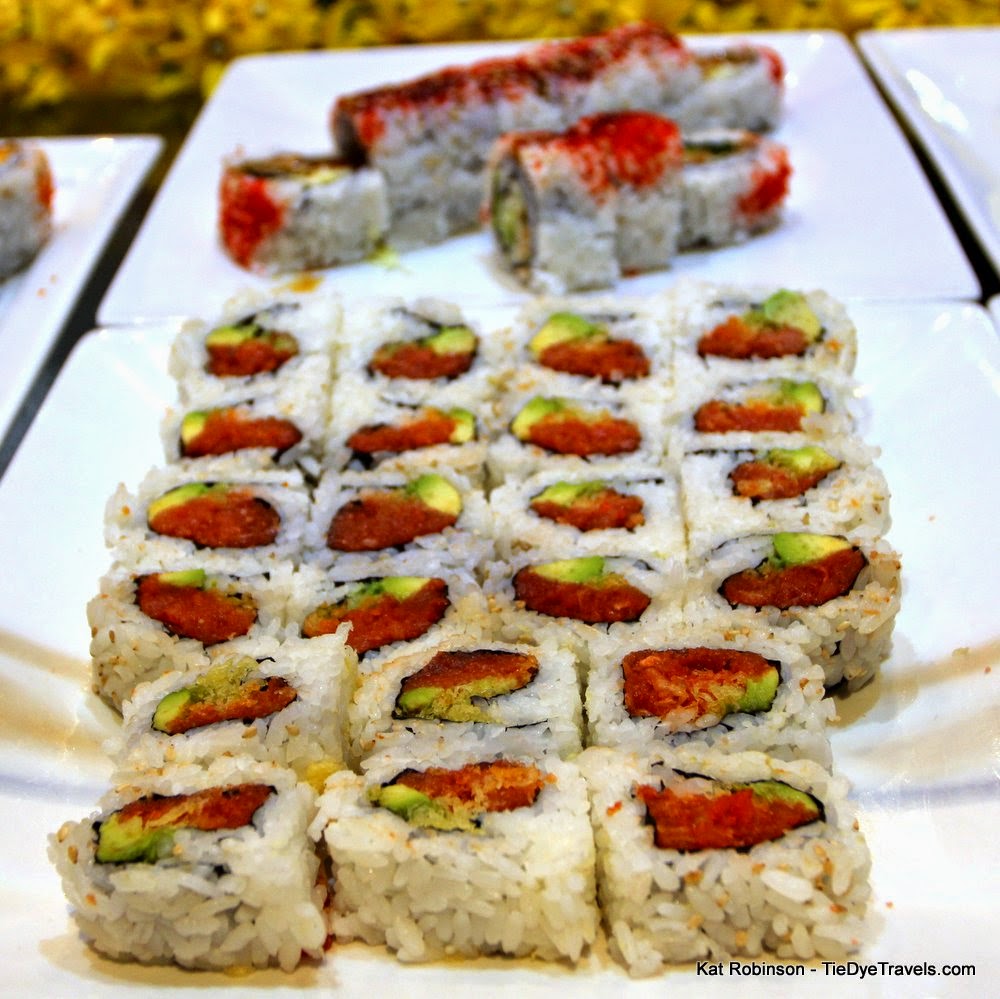 like cold oysters, crab legs and peel-and-eat shrimp on a second.  The other sides are the crowded ones, though -- and at times, it's an elbow-to-elbow match to see who gets what first.

The maki side always has a ton of options, almost always including these rolls: vegetable, shrimp tempura, spicy tuna, rainbow and Spicy Mama.  There's an ever-rotating selection of handrolls -- these go so 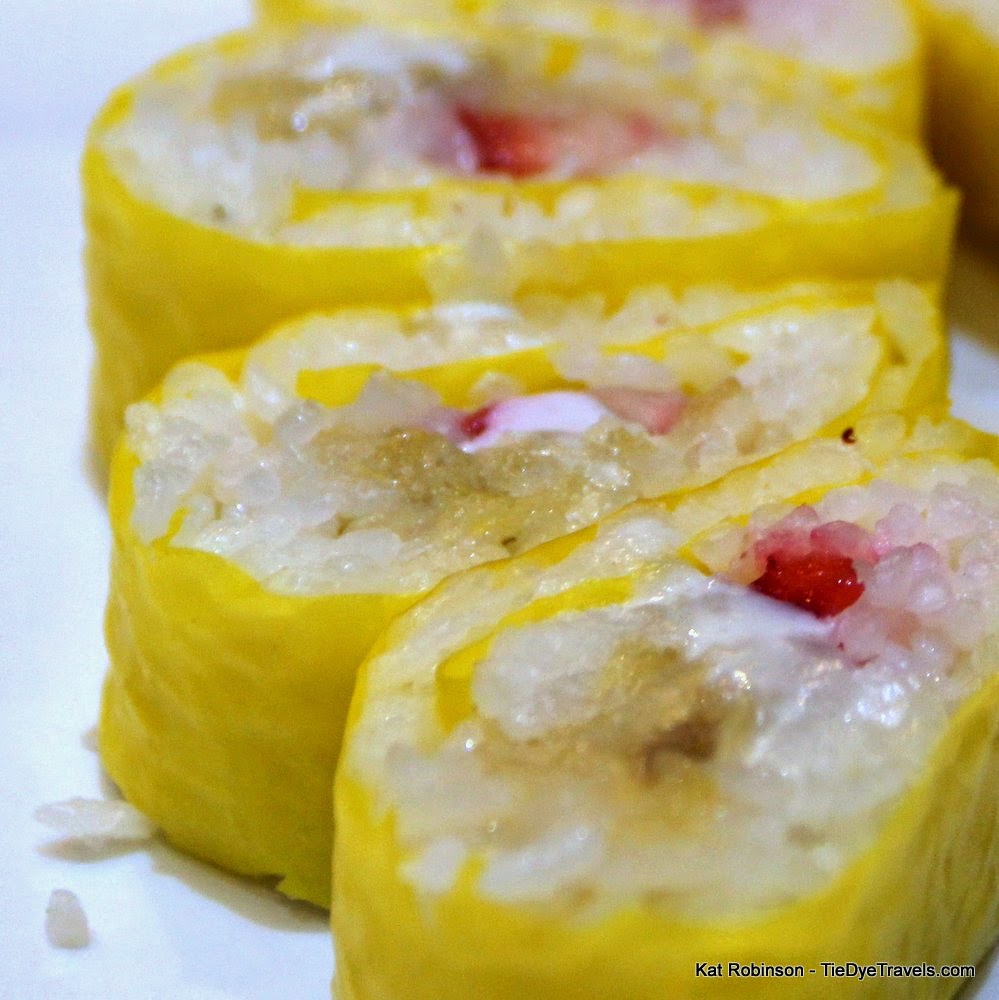 fast that it's rare to see more than three at a time in the rack.  And then there are the other rolls that are switched out throughout the day -- Pink Queen, banana-strawberry, Hello Kitty, Little Rock, Superman, softshell crab... during the day, you'll often see Rock N Roll, Green Dragon, Crazy Lover and Philadelphia.  In the evening (when the price point is higher), you may see Long Island, Spicy Titanic, White House or Digital Dragon rolls.  There are always at 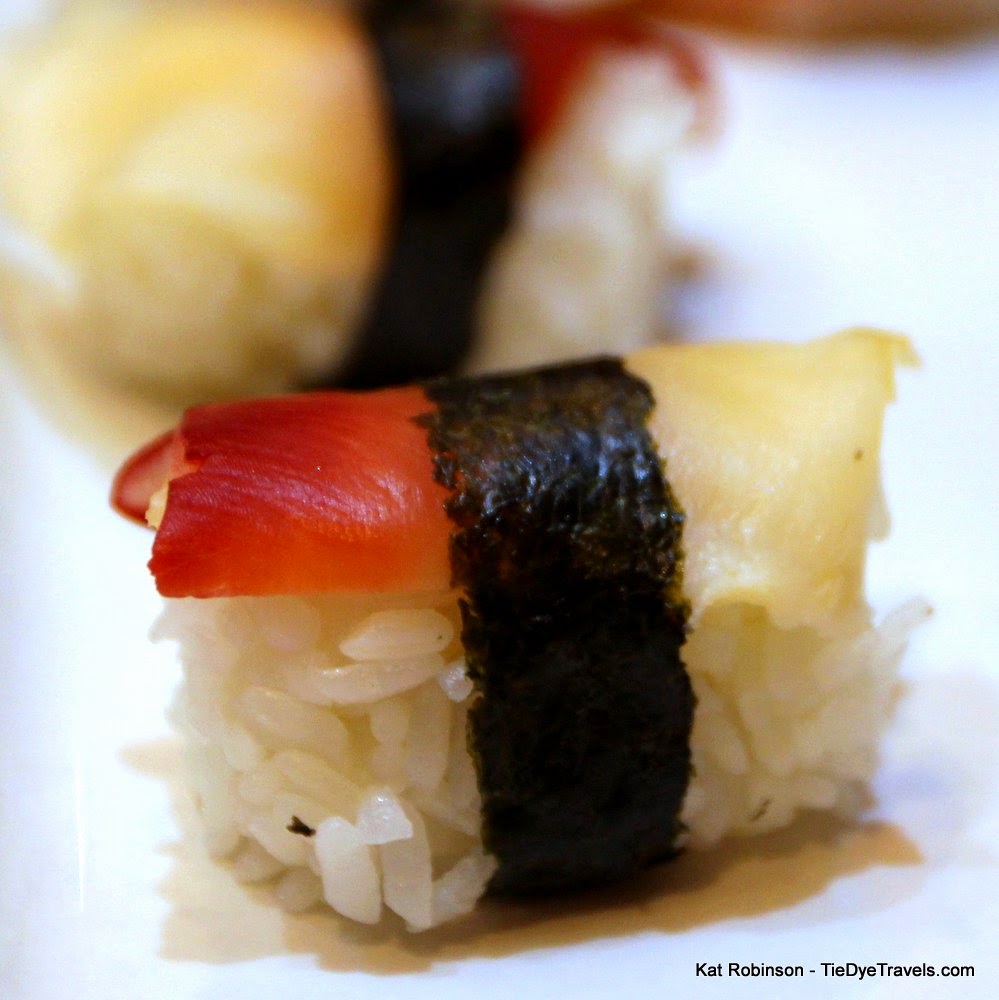 plus those marvelous little seaweed pockets (gunkan) of rice and roe.  In the evening, you can also find several varieties of sashimi (that's just the raw fish), tataki, thin slices of raw peppered beef and more.

There are always two and sometimes three sushi chefs working during mealtimes, and at least one during that slow time weekdays 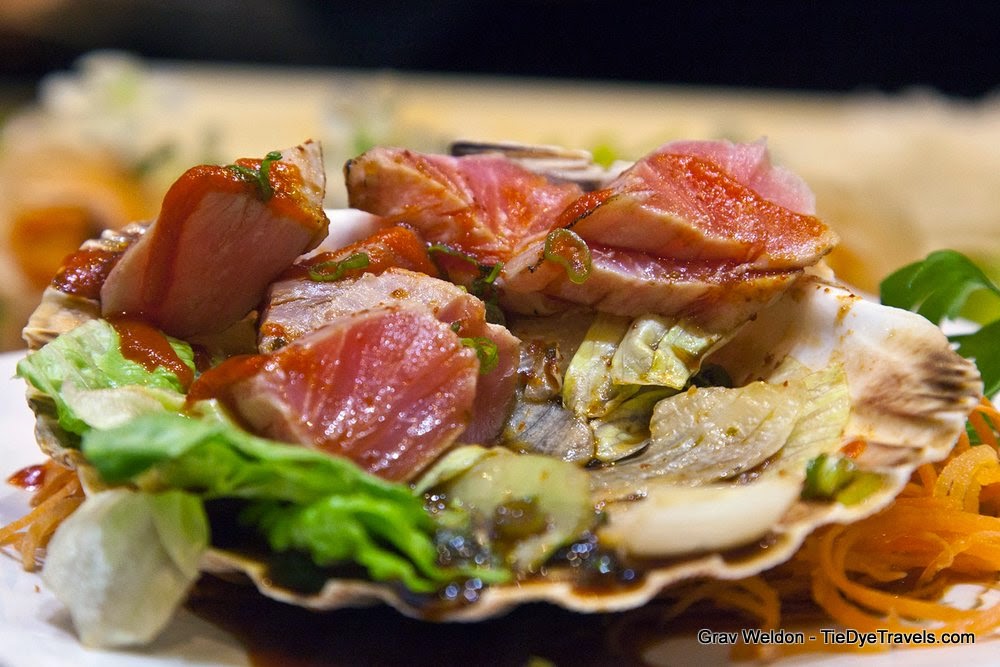 2-4:30 p.m.  They do take some requests, and if you're a regular, they might surprise you with a favorite (such as a plate of very, very fresh salmon nigiri).

So we went last week, Grav and I.  His favorite thing is the grilled calamari.  Alas, this time 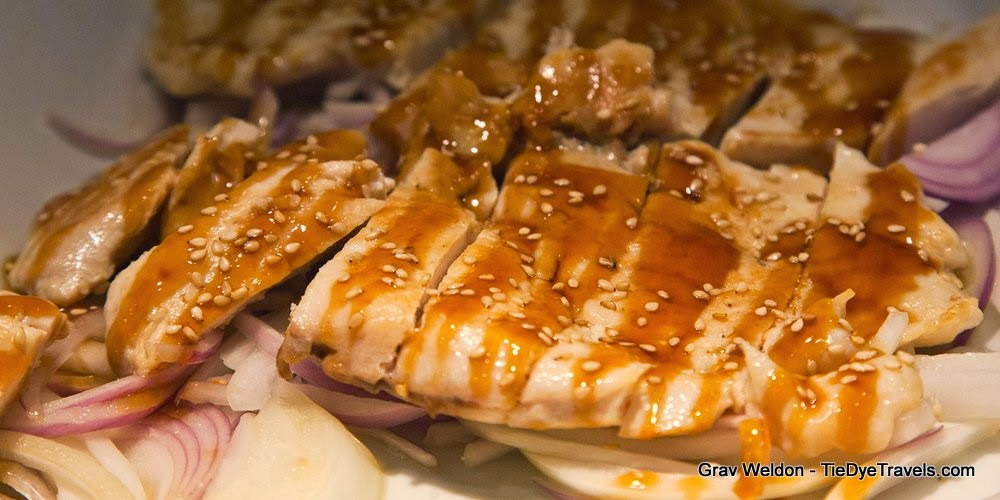 it wasn't there.  Grav mentioned this, and within a few minutes an entire platter of grilled calamari was delivered to our table. I'd say it was marvelous, but I only got a tiny piece.  Grav was very, very happy. 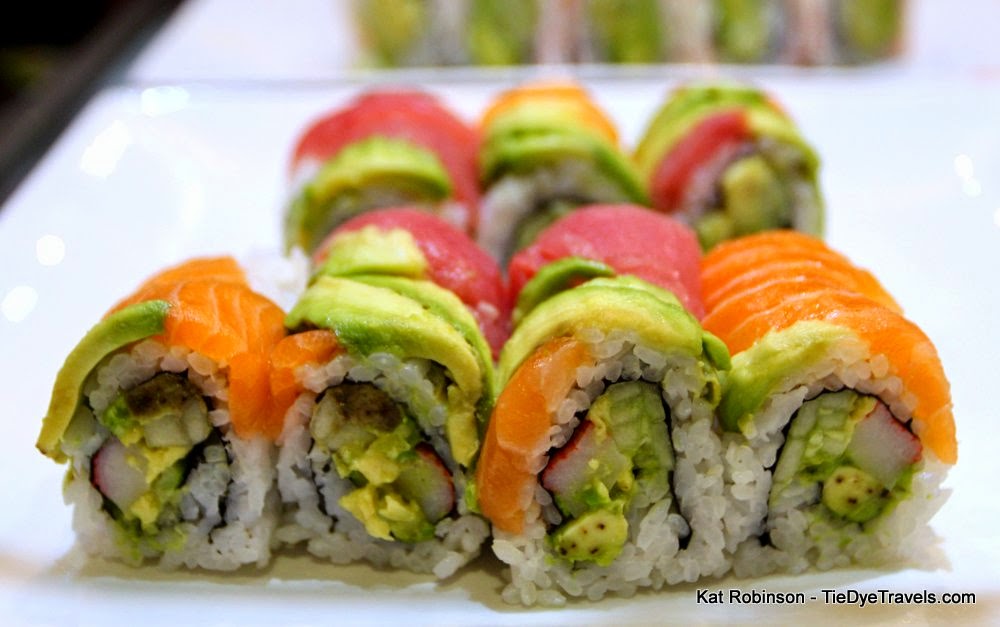 One more awesome thing about Tokyo House?  At the end of the meal, you're offered ice cream.  I'm not 100 percent sure on all the favorites, though I believe they include chocolate, vanilla and strawberry.  But Grav always gets the green tea and I always get the mint chocolate chip. 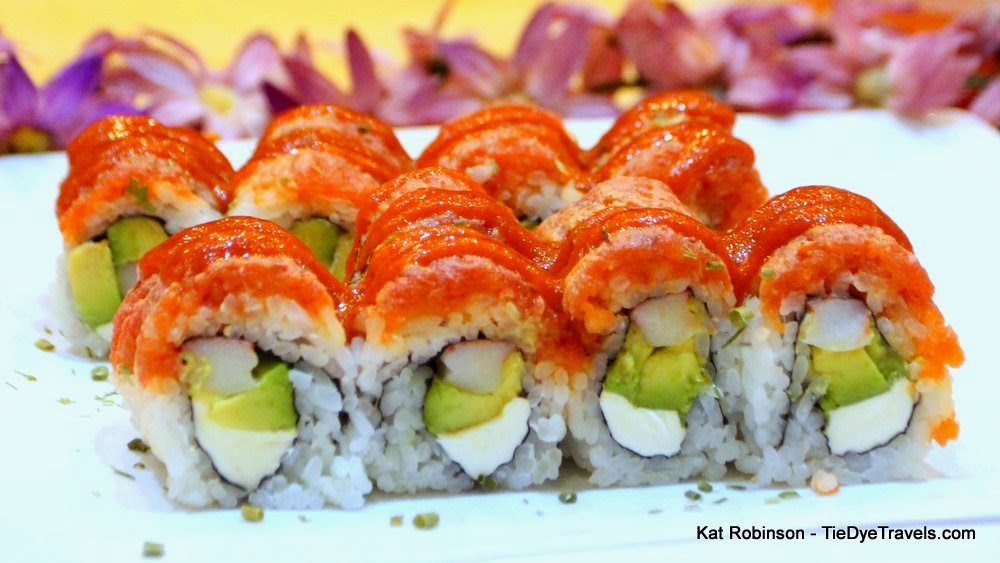 Considering how much is offered, the $11.45 lunch buffet at Tokyo House is a STEAL.  Dinner is $16.95 during the week and $20.95 on the weekend, and weekend lunch buffet is $13.45.  You can also order takeout (the takeout menu is very tokyohouselr.com. 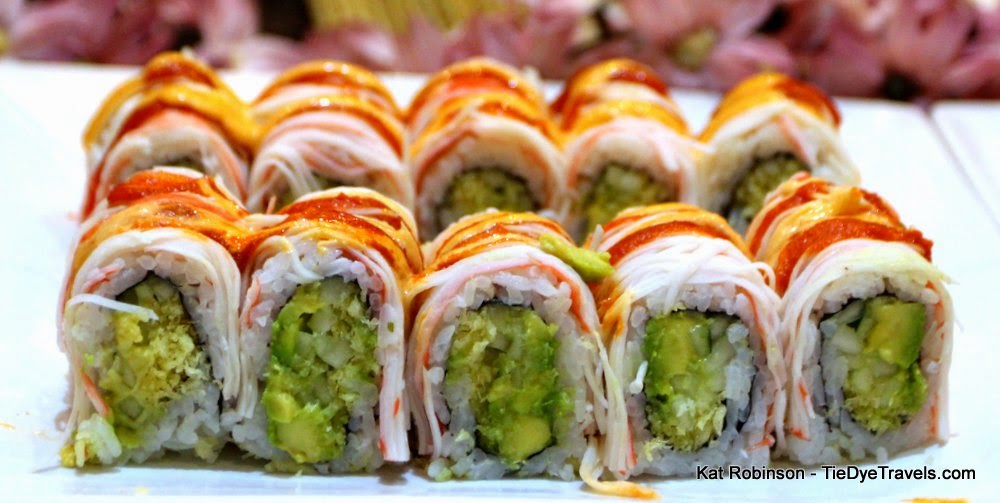 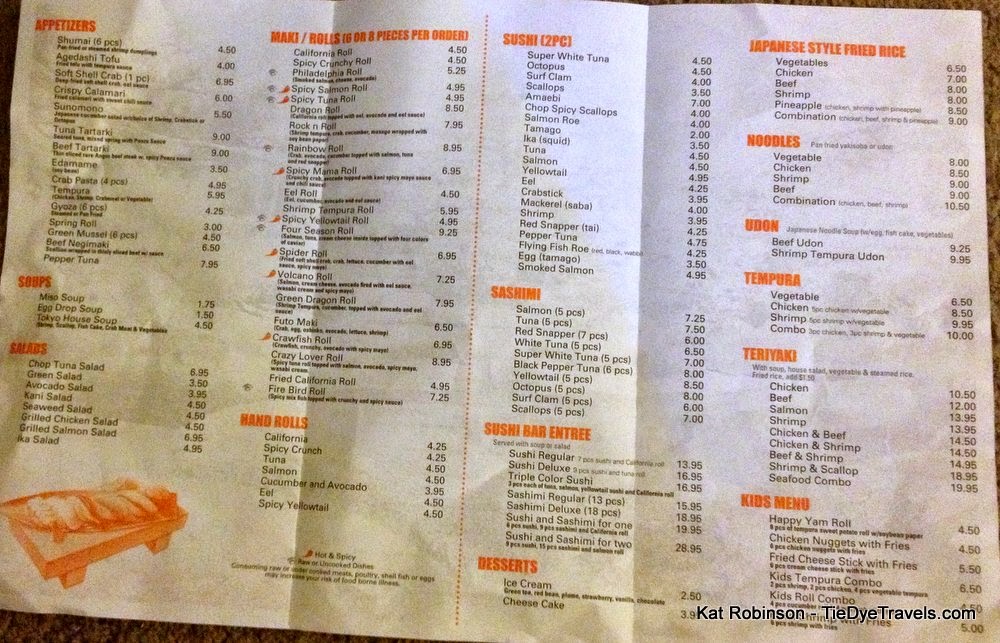 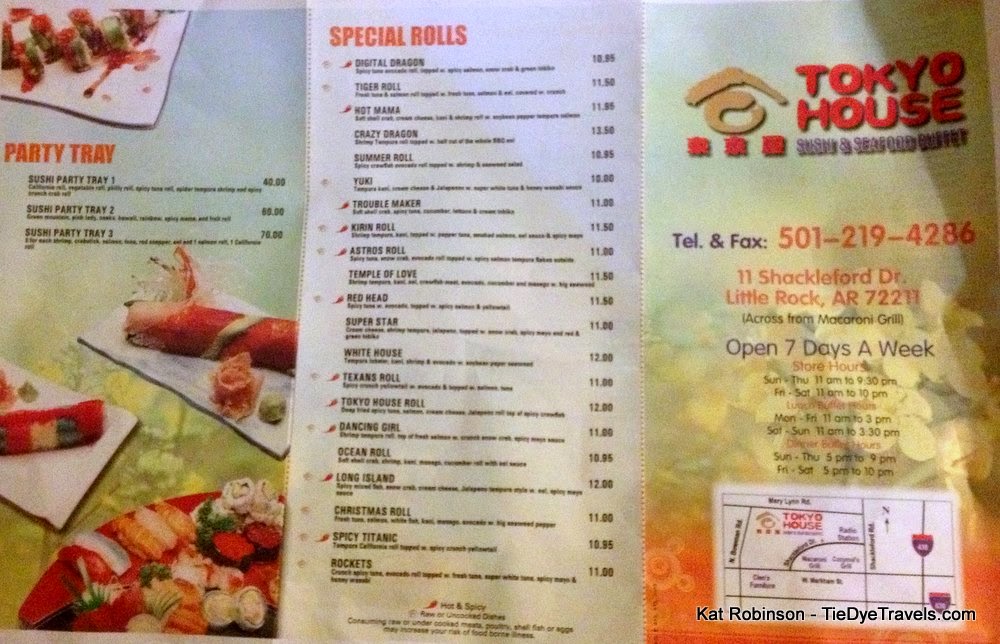