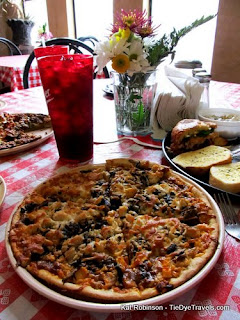 I mentioned recently that O.W. Pizza’s been undergoing some changes. The location out at The Ranch on Highway 10’s been closed and the management is focusing all its attention on its downtown location.


Now, I’ve had O.W.’s pizza before… but I haven’t sat down in the original location before this, just darted in to pick up an order and take off. Their veggie meets everything I need in a pizza — a lot of vegetation, good quality cheese and an Arkansas-style cracker crust. Still, with all the news about the new menu and such, I needed to go have a sit-down there myself.

My dining companion and I dropped by after a mad rush of a lunch hour. It was close to 2 p.m.; the restaurant was emptying out and we had the run of the place. We had a seat and went through the new menu. 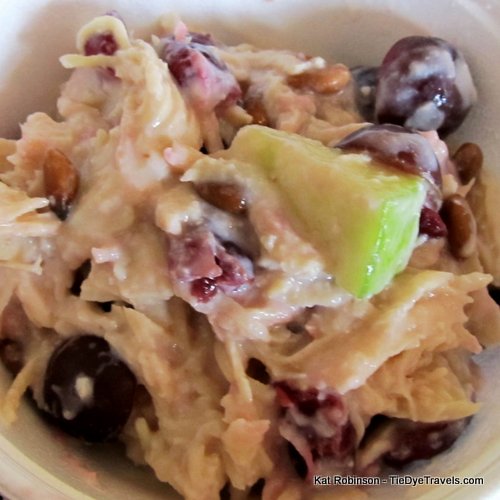 I knew I wanted to try the new chicken salad… I’d heard it was awesome. But I couldn’t pass up a chance to try something really new — the Pizza Masala ($4.65 a slice, $6.99 personal and up). A pizza made with chicken and mushrooms on a tikka masala sauce? Are you kidding me? Of course I had to try it.

My companion chose to pick up a personal sized Butcher Boy pizza, with the addition of meatballs on the pie. Our waitress had really talked up the meatballs, the Uncle Ellen meatballs specially made right on site, so he wanted to give them a try.

We were discussing matters of the day when Miss Kim approached us — she’s one of the forces behind O.W. Pizza. She asked if it would be okay if she sent out a few things to sample. How could I resist? 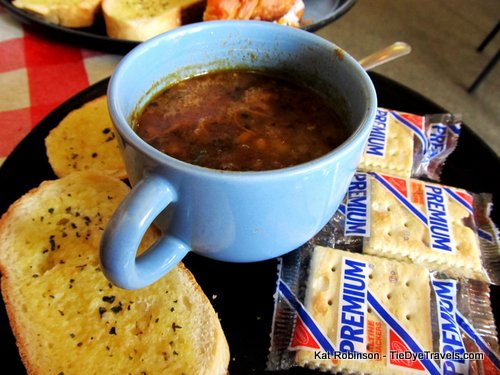 She brought out several items that are new on the menu and a few that aren’t — like the gumbo. It’s a hearty file-type gumbo with shrimp, clams, Italian sausage and chicken in it. Leif Hassell, my dining companion du jour, pronounced it interesting. The hubster, when he tried it at the house, declared it a really good example of gumbo. I have a feeling it will be ordered again.. 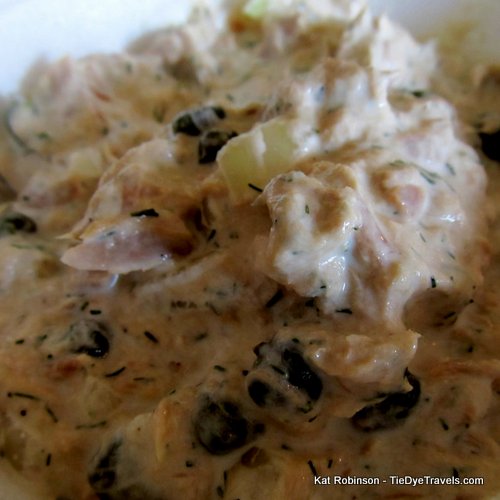 We sampled three of the different salads — the tuna salad, chicken salad and potato salad. The tuna salad was a nice savory surprise for me. It’s blended with dill, sweetish onion bits and fat salty green capers. I have to say, I really enjoyed it.

The Caribbean Chicken Salad, one of the brand new offerings, is just something else. It’s a party. It’s shredded, not chunked, chicken. It’s Craisins and red grapes, Granny Smith apples and peanuts, and it’s a yogurt instead of mayonnaise base. And it is neat. I could so see having this on some wheat berry bread.

The bread now comes from Mama’s Manna Bakery, which I think is an awesome improvement. I know just from that association that the bread is going to be consistently good. 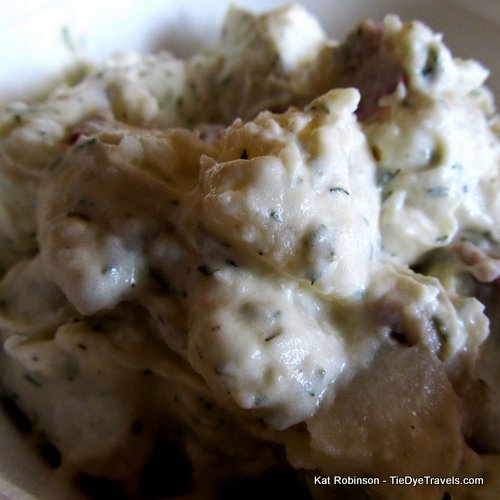 The potato salad… is incredible. I thought at first those tell-tale red bits might be bacon. They’re not. They’re skin-on red potatoes in a nice creamy sauce, very nicely balanced. You know how some potato salads taste like the condiment mixed in them? Not this. It tastes like potatoes. Yay. I like it. 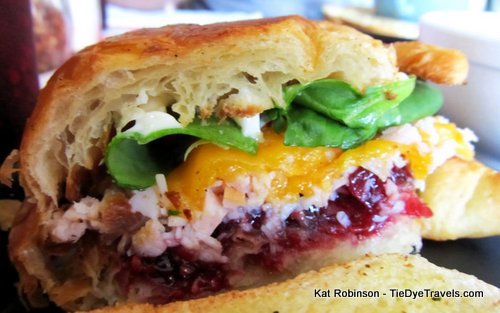 Miss Kim also brought out the new turkey and cheddar sandwich with that raspberry relish. THIS… this is a dang good sandwich. It’s got a nice saltiness from the turkey and the Cheddar but that relish just takes it somewhere else… it adds sweet and tangy to the mix. It has just a touch of mayo and a layer of fresh spinach. It feels like a full meal in a sandwich. I can totally appreciate that.

So, there are all these salads and sandwiches and gumbo and such — but how’s the pizza? I’m happy the crust hasn’t changed. It’s still cracker-thin and crispy, just like I like it. 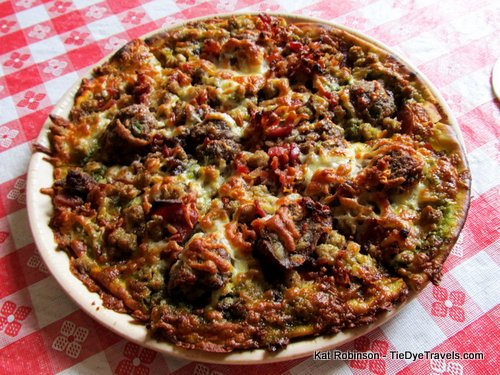 Leif was all about the toppings on his Butcher Block, appreciating the crispness of the bacon and the like. He was also taken with the meatballs with their plentiful flavor, the bits of pepper and seasoning that was apparent all the way through. I abstained because I was afraid there might be pork in the meatballs, but I found out later that no, they’re beef, so I have to go back by and pick up some. I seriously dig a good meatball. 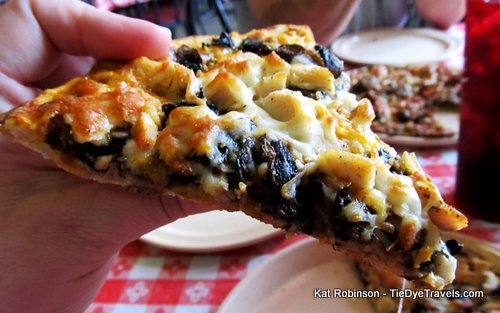 And then there was the Pizza Masala I had ordered. It was… rich. Very rich in flavor. The tikka masala sauce was very pungent, like an English style curry. But with the chicken and the crust it worked. Because I’d sampled everything I could only manage to finish a slice while I was there. I was looking forward to trying more later after I got home — but my husband fell in love with it the moment he bit in, and my pizza was gone, long gone! He wants to go back and get another one. Yeah, I think I can make that happen.

So, I’m going to have to go back. Going to have to take Hunter once she’s better so we can sit out on the patio, enjoy the perfect spring weather and let her draw on the concrete. I think that’d about float her boat.