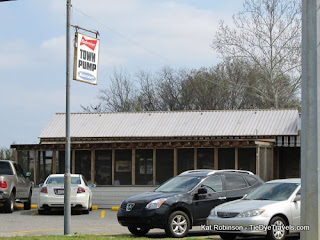 While working on burgers, the biggest question I’ve received from readers is “why haven’t you tried The Town Pump?” And I’ll tell you. I had a misconception about the place.

I assumed that since it was a bar serving those 21 and above that it must allow smoking. It does not. Which is good news for a lot of burger fans who dare not enter a smoking establishment… because the Pump Burger is something else. 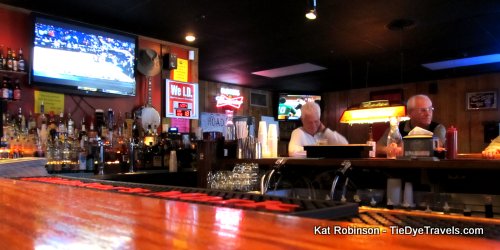 I dropped by incognito on a Friday morning right after opening to come test this burger that had received such high praise. I was confronted with a few burgers, actually, but settled on the Pump Burger ($5.95) because the signature burger just had to be good, right? I went ahead and chose the house chips that come along with the burger.

I had sat down at the bar because I figured with limited table seating it’d just be polite to let larger groups have a seat together. There were several people at the bar, and they all seemed to know each other, a bunch of regular guys coming in to shoot the bull over lunch and brew. There were older fellows and younger ones, a couple of ladies and such who filtered through while I was there. 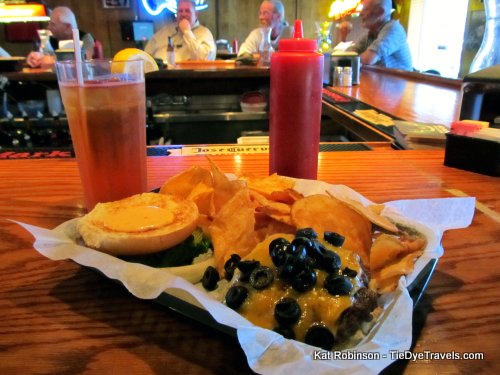 I sucked down iced tea and checked my email while I waited, but I didn’t have too awful long to wait. Out came this black olive topped third pound patty on a bun, complete with separate bun with pink sauce and those chips. 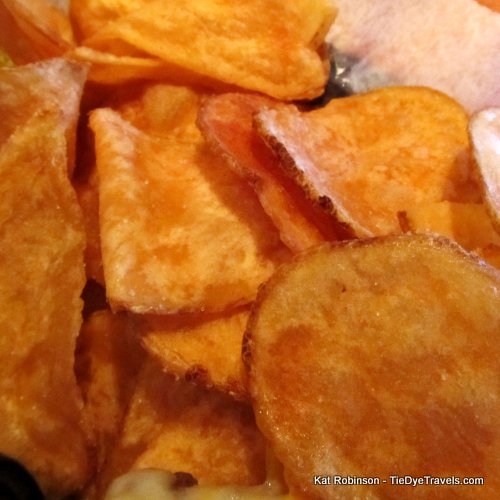 The chips caught my attention immediately. They were very thick. They were also very, very good — warm and salty but not overwhelmingly so. Salt might have been the only spice on them but I believe the potatoes were Yukon Gold or the like with that nice yellow-tater flavor all their own. Better than most French fries I’ve had. Good stuff. 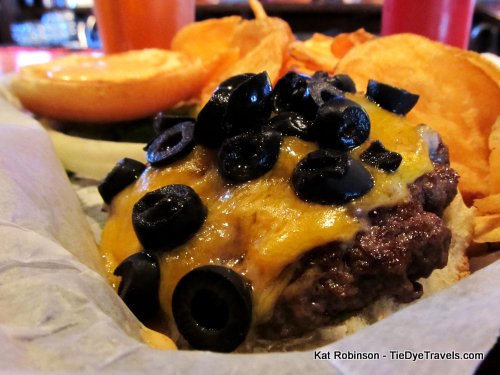 The burger? It just looked odd. I’m not used to having black olives on a burger but there they were, sitting on top of that griddle-cooked patty with its twin melty-ness of Swiss and Cheddar cheeses looking very swarthy. The top bun was toasted, and I sampled the “special mayo” on it. Very, very close to a Remoulade sauce, though there was an extra kick of what I assume was Tony Chachere’s or the like in it. 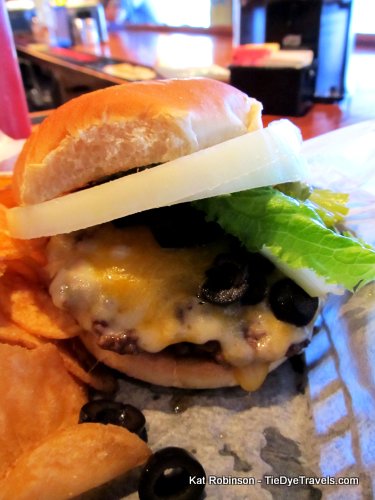 There was a leaf of lettuce under there, some pickles and a couple of very large white onion ringlets — that were just a little too big around to properly fit on the burger.

So I assembled my burger and bit into it. And I was very happy… and a little confused. The restaurant brags about its perfectly seasoned beef — it’s perfectly seasoned in that there’s very little seasoning at all in the meat. It’s good high quality beef with a nice robust flavor to it. The saltiness of the burger comes mainly from the black olives and, to a lesser extent, the cheeses. The sauce gives the whole shebang just enough of a kick to have you reaching for your beverage.

Better yet — this burger was cooked to the doneness the restaurant likes — and that's a nice, warm but not hot medium rare. Aw yeah, let's hear it for the warm pink center!

It’s a damp burger. That bottom bun was soaked before I could finish it. It’s juicy. It’s meaty. It’s… well, the Pump Burger is everything it claims to be. I’m a convert.

Oh, and I had this there one afternoon. 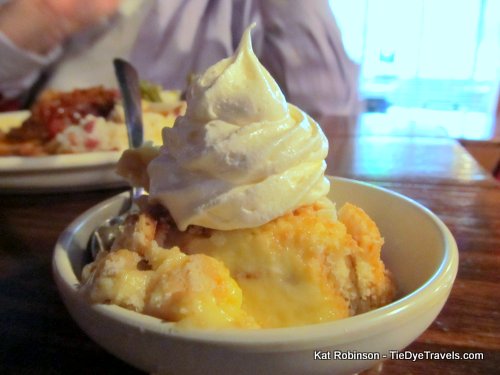