Traveling with a Toddler: Packing for a Kid.

I am blessed with a child that manages to stay pretty cool in just about any situation. Hunter at 2 ½ is ruffled by very little. She plays hard, gets creative with her toys and will spend hours flipping through magazines and making up stories about the people and creatures she sees in them.

We tend to travel well together. She likes getting in the car and going somewhere. To her, it’s always an adventures. But for the most part, we don’t usually travel more than an hour or two in any direction.

For this family vacation, though, we’re talking eight to nine hours of drive time each direction, plus restroom and dining and gas stops. How do you prepare a child for something like that?

This is how we’re going about it.

1. Break up the trip. Rather than drive to our intended destination, we’re going about 2/3rds of the way and stopping overnight at a hotel. The idea is two-fold -- to give Hunter a chance to normalize and take a break, and to keep us from “ruining” our first day at our vacation site. The second leg of the trip is about equivalent to a regular “long” trip in-state for our girl, which means if she’s going to be cranky from travel we can deal with it the day before. Also, being able to stay somewhere that’s just a hotel (with a pool) means less sensory-overload. Not that Hunter necessarily has that issue -- we’re just not certain how she’ll respond to all the activities we have planned this week. 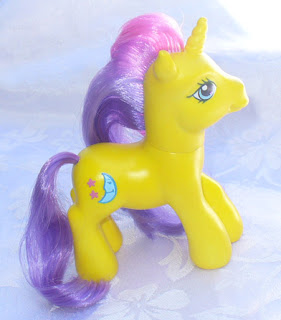 2. Let her choose her car accessories. Hunter and I sat down and talked about the trip the night before leaving and chose three of her favorite toys to take with her. She decided to take three of her My Little Pony dolls so they’d have company for each other. We also picked out a couple of books and programmed an MP3 player with songs she can listen to on the road. She has her own bag for these items. Her shoulder bag is light enough for her to pick up but with enough room for her to add any new treasures she may find.

3. Preparing for anything. Though we’re heading to a very warm area of the nation, there’s no telling what will happen in route. For our weeklong trip, we have brought a bunch of mix-and-match separates and such -- two pairs of denim shorts, one pair of blue jeans, two sundresses, four t-shirts and three two-piece outfits. If for some reason she manages to wear everything, we can mix and match what’s the cleanest until we get home. We’ve also packed sunscreen, a towel, hair accessories, three pairs of shoes, both diapers and regular panties and her tooth care kit. And then there’s the swimsuit -- two of them, in fact -- a traditional swimsuit and one with the floatation device built in -- and the Little Swimmer diapers to go along with them.

4. A hungry child is a cranky child. One thing I have learned from my years of traveling has been that you can never depend on having everything you need at a hotel room. Some places offer refrigerators, others charge for them. Some offer complimentary continental breakfasts but that’s certainly not unilateral. And then there are all the other snack times to consider. And there’s the fact that there are three people to consider at snack time, not just a child. To this end, we’re covering a two-sided approach. Because we will be staying in multiple hotels, we’re bringing along a cooler with wheels, enforced with cold packs (you can obtain these at any Wal-Mart or the like, freezer packs that can be frozen in advance, alleviating the need for purchasing ice and preventing the mess of water-filled coolers). We also have a plastic box in the back of our van to hold dry goods. At each location, we pull out the cooler and take it inside, fortified with reinforcements from the box. Everything is shelf-stable, just in case the ice melts or we find ourselves without refrigeration for a time.

Among the items in our cooler:
Individual bottles and take-along boxes of juice
Snack cakes: oatmeal cream pies, pecan wheels and Nutty Bars
Crackers (cheese and animal)
Individual cereal boxes (which can be eaten wet or dry)
Soda for Hunter’s Dad (Hunter doesn’t drink soda)
Tea for me (Hunter will likely share the tea)

By having these items in the car with us, we hope to alleviate the need to stop just for snacks. And they’ll be handing in the hotels, which will likely charge far more for any of these items via room service. We’ll also carry with us a couple of Sippy cups and some utensils just for her.

5. The potty. Oh, I know, non-parents, how distasteful the thought can be. But our child is having success with potty-training and we don’t want to turn back the advancement. We’ll take it with us into the hotel rooms so she has a comfortable place to do her business.

We're also bringing along a bag that's nothing but diapers, Pull-Ups, wipes and cream, just in case.

The other reason, though, is convenience on the road. We’re traveling in a van, and if Hunter gets to the point that she’s ready to do her thing and there’s no restroom around, we’re covered. Ah, yes, also bringing along small garbage bags for the part you don’t want to think about. 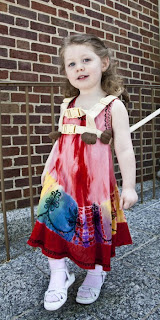 6. Leash and harness. That sounds harsh, doesn't it? But it is our daughter's way to assert her independence without us worrying about her wandering off. We picked up a great backpack style set from Target a while back. Now Hunter doesn't travel anywhere without her "puppy."

7. Backup at home. To assuage any fears, we have our house-sitter stay on-call so we could check to make sure if any items were left behind. If there's anything Hunter does actually fear, it's leaving something behind. Sometimes that sort of behaviour reminds me of Steve Martin in "The Jerk," but it's cute at this age -- and it keeps us from having to do a lot of item replacement.

So, how did that work out? We’ll discuss more toddler traveling throughout the week, along with the destinations we visited and how Hunter handled different attractions such as a waterpark, a children’s museum and an amusement park.
To purchase this article, email Kat Robinson at 8/15/2011 10:25:00 AM

Email ThisBlogThis!Share to TwitterShare to FacebookShare to Pinterest
Labels: Traveling with toddlers