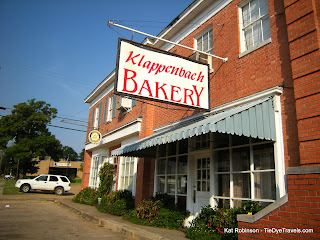 Klappenbach Bakery in Fordyce was for a long time the bakery standard which most other Arkansas bakeries were judged.  It closed in September 2011.

Take a look back with this article from September 2010.

You really can’t find a better hometown bakery than Klappenbach Bakery in Fordyce. Strong enough to anchor a town, with the power to draw visitors from states away… that’s some staying power.

Last year, there was a fire in the bakery that closed the business down for some time. Some wondered if the place would come back at all. So glad to say the bakery is going strong.
I dropped in early on an August morning for a little quality checking. I needed to make sure it was as good as it has always been. A job hazard, for sure. 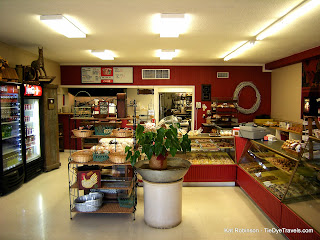 That particular early morning for me was actually quite late for them. I arrived around 8:30am, after the heading-to-work crowds had already passed through. There was a hustle going on in the back, no doubt work being done for lunch preparations. Now, on entering, it might seem like this is a tiny little bakery with no place to sit. Back to the left, though, the restaurant opens out and it can actually seat probably a hundred folks beyond. 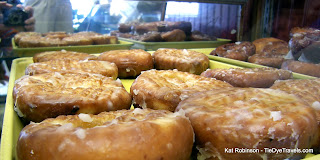 I glanced around, hungry for something to eat since I’d left Little Rock early and before breakfast. In the cases I saw so many pastries — cake doughnuts and yeast doughnuts, doughnut holes, cupcakes and 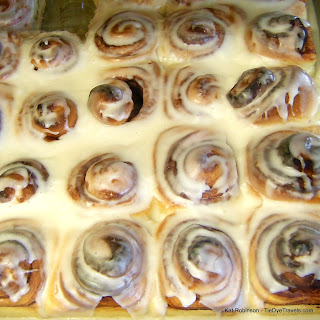 brownies, almond coated bear claws and apricot smothered danish, pecan rolls and cinnamon rolls and fills and long johns. Cookies of every sort and shape. Cakes and pies and loaves of bread.

My overeager attendant was already poking at me to decide what I wanted for breakfast, and I was having a hard time deciding. The blueberry danish was a no-brainer — it smelled and sounded delightful. But what else? I spotted the diminutive mini-doughnuts and was decided, trying one of each. 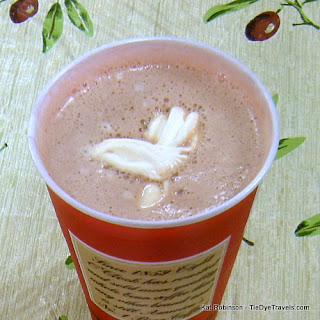 I was going to have coffee, but spotted the hot chocolate machine. Yes, it was already in the mid-90s outside, but it sounded so good, and besides it was nice and air conditioned inside! Yes, I had to do it. The counter girl even added some whipped cream to my drink of choice for me. 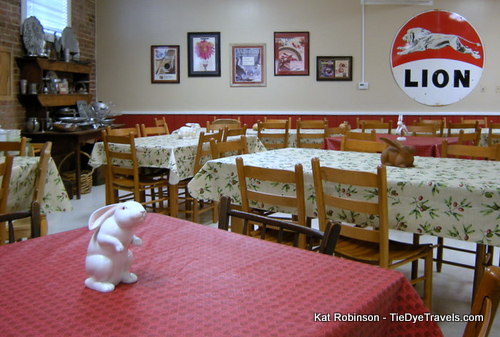 I was the only patron at the time and had the run of the place to myself. I chose a table in the main dining room and sat down and relaxed. I noticed the muted red and beige tones and the highway signs - those weren’t that unusual. What was strange was that every table had upon it a ceramic rabbit of some sort. Every one of them. Hm. 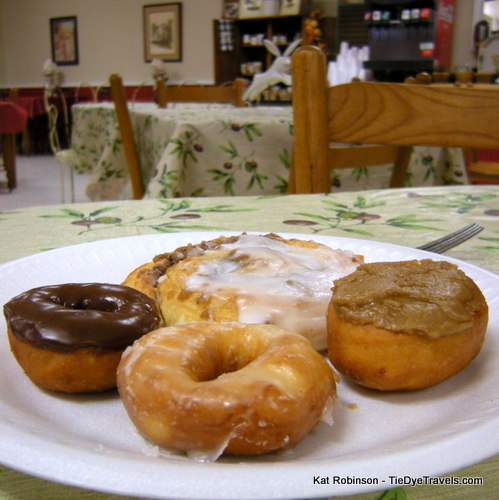 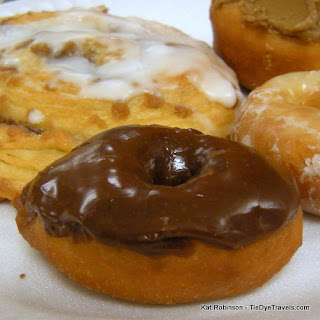 There’s just so much wondering you can do when you have a very yummy plate of pastries in front of you — especially when they’ve been warmed up just a little. I tried out those little doughnuts. Klappenbach Bakery’s yeast doughnuts are pretty standard, but the miniature size (they’re a quarter apiece) makes them even more palatable. They fit in your cup when you want to dunk them in your coffee — or in my case, in the hot chocolate. I liked the chocolate icing on the chocolate topped number — not too overbearingly sweet, just enough. The glazed was perfect. The little maple one didn’t have a hole in it. It was okay, but I’m not a huge maple fan. 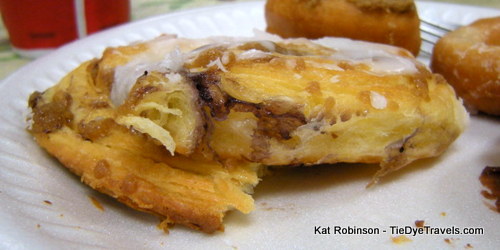 No, the star of the show had to be the blueberry danish. Even just slightly warmed, it was falling-apart good. There was a buttery flavor that permeated the whole thing, and I checked to make sure that butter hadn’t actually been added to the danish before it was heated. The blueberry bits had popped a bit during the cooking process and they were nice and sweet and just a tiny bit tart in balance with the icing and the buttery breaded parts of the creation. I had to restrain myself from going back and getting another 12 or so. 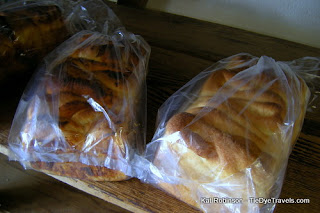 But I was planning to take home some of that goodness with me. It’s been a while since I had Klappenbach in my kitchen, and the hubster had requested that I bring home something chocolate. I spent a good few minutes perusing the cases in the bakery front before deciding on some cheesy pull-apart bread for myself and a Chocolate Raspberry Cream Cake for the family. The cheesy pull-apart bread didn’t last the afternoon — we were all taking swipes at it, its very nature leading to its imminent consumption. The cake? I should have shot it in the store. It didn’t last. I can describe it, though — an icingless Bundt cake that appeared to be a typical chocolate cake from the exterior but which was studded with soft baked pecans throughout and soaked with raspberry juice. It was divine. 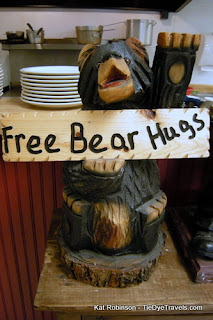 It’s not always easy to get up early in the morning to make a trip down past Sheridan to Fordyce just for some baked goods. We’re blessed, then, that Klappenbach Bakery ships. They do this flat rate thing where you order by the box — for instance, a three-loaf bread box is $43 while a bigger box that can hold a cake and two loaves is $59. I’d love to get that sort of package myself!