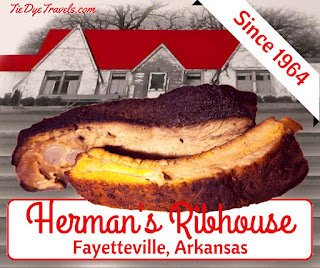 Herman’s Ribhouse… the latest restaurant in a building that rightfully claims to be the oldest continually operating restaurant in Fayetteville.  Let's look back at the checkered past of this Arkansas classic. 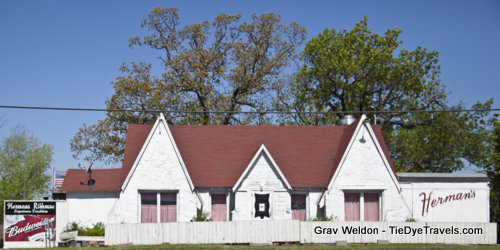 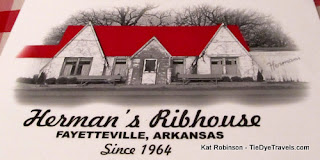 Tucked tight to the road, the whitewashed building with the screen door and the multi-A-framed roof sits in the middle of a gravel parking lot, which is usually packed any Tuesday through Saturday dinnertime and always all day on a Razorback game weekend. 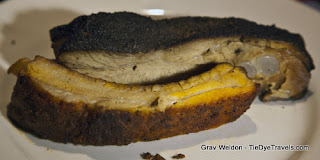 Before Herman’s, the Royal Oaks Tavern was the name of the restaurant.  It was run by one Rolla H. Finch, who bought an acre and the little white farmhouse there upon from P.M. Pace, who had owned it since 1929.  On New Year’s Day 1964, Herman and Irene Tuck reopened the restaurant as Herman's, a place outside the city limits to come drink booze and eat meat smoldered over hot hickory coals.  The first menu contained nine items – five sandwiches, a large T-bone, barbecue chicken and a plate and a rack of ribs. 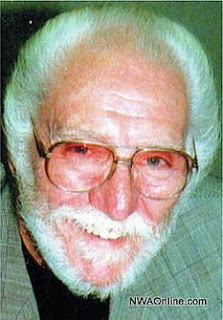 Restauranting wasn't all Herman Tuck did, though.  He was also a drummer.  Tuck played drums with rockabilly legend Ronnie Hawkins with Hawkins' first band The Hawks, back in the early days of rock and roll.  Hawkins, Tuck and guitar player Harold Pinkerton could often be found sitting out front of Jug Wheeler's Drive-In, jamming along back in he 1950s.  Tuck left the band along with other members in the late 1950s, and Hawkins would go on to reform his band as The Band.  Years later, Tuck was sometimes found playing in the restaurant after-hours with other musicians. 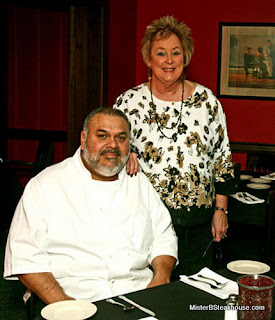 Herman Tuck eventually retired, first leasing the restaurant to Bruce and P.J. Barnes (who then went on to open Mister B's Steakhouse) and then selling the place to Benny Spears in 2000.  Mr. Tuck continued to hang around the restaurant long after he sold it, and the recipes he developed are still in use, including the salsa that’s still served to every customer who comes in today alongside a bowl of saltine crackers.  Bruce Barnes added the steak and its seasoning to the repertoire, along with the shrimp and the baby back ribs.

Herman’s was a place to be seen, and over the years about every wall of the place was covered with photos of various Herman’s customers.  But Christmas 2004 the place caught fire.  In the wake, new owner Benny Spears brought in new equipment and built an outdoor deck.  Spears wanted a lot from the place, and his final wish was that the place carry on. 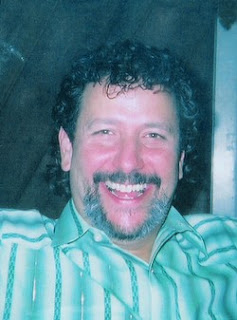 Yes, dear friends, here’s where the story gets sad.  Benny Spears was shot and killed outside his home by Fayetteville police officers one night in 2005.  He had apparently entered his home security system code incorrectly once, then entered it right.  The security folks called police, and when they showed up he walked out of the house with a shotgun.  Whose fault it might have been has been discussed at length elsewhere… sad fact is, he died. 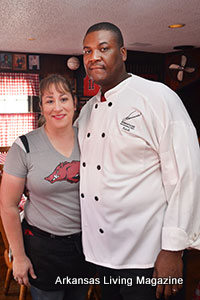 Shelby Rogers, one of the partners in the operation, stepped forward and ran it for the next several years.  In 2013, she sold the restaurant to Nick and Carrie Wright.  Nick worked his way up from dishwasher over 17 years.  He and Mr. Tuck both mentioned the how assistance of Don Tyson over the years kept the place going strong… yes, that Mr. Tyson, the president of Tyson Foods who passed away back in 2011.

Tyson, by the way, went to Kemper Military School and was in the very same class as Herman Tuck, and Tuck bought up Tyson's stock throughout his lifetime. Tyson in turn kept the place stocked with fresh beef, 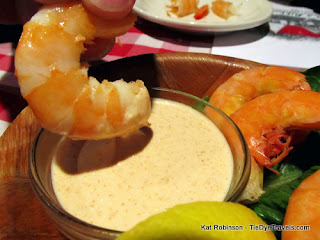 chicken and pork and invested both in the business and the people who kept it going.

Herman Tuck passed away in February 2015, leaving a legacy of a restaurant behind. Nick and Carrie Wright are still at it, working magic with smoke on North College Avenue. 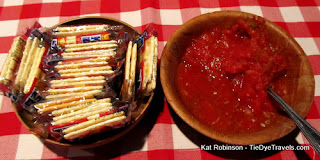 The comment I hear the most often about the place is how constant Herman’s Ribhouse has remained with the passage of time.  There are still red and white checkered tablecloths on the tables, bowls of lemon-dunked 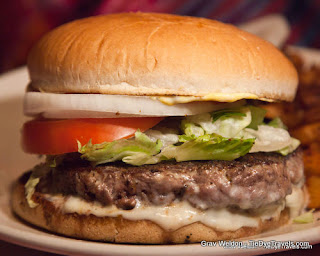 hot water are brought for washing your fingers, menu items still come with optional “gear” (sliced tomato, green pepper, onion and ham), the steaks are still huge and the only dessert you’re going to get are Tootsie Rolls – presented at the end of every meal.

The burger is one of the best I've had in Fayetteville, that's true.  Grav, though, is all about some ribs, which are smoky, fall-off-the-bone wonders.  This should pretty much show you how he feels about them ribs. 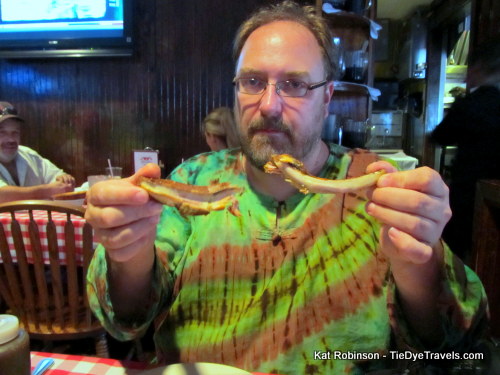 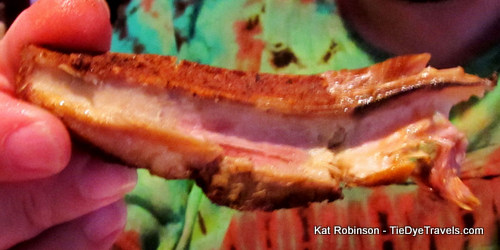 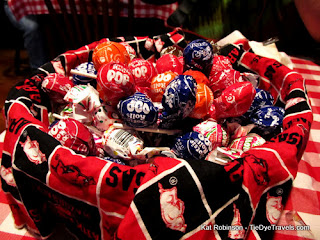 Read more on how Nick and Carrie Wright are continuing the Herman's Ribhouse tradition at Arkansas Living Magazine.