Walnut Pie at The Station Cafe in Bentonville. 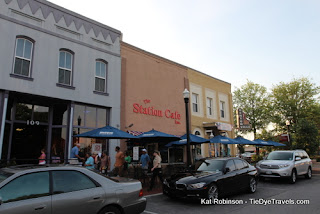 Station Café may be known best today for being a couple doors down from the Walmart Museum. But a singular food item should earn it a spot on your hallowed pie trek agenda. 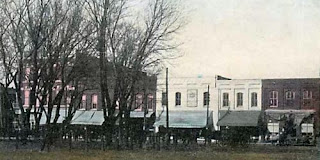 The hole-in-the-wall on the Bentonville square has been many things.  Previously, it's been a shoe store, a drug store, an ice cream parlor, and a theater.  Back in the ‘50s, the stars of the silver screen could be seen inside Cozy’s Theater.  There are some folks who think the place is haunted.  That hasn’t been my experience. 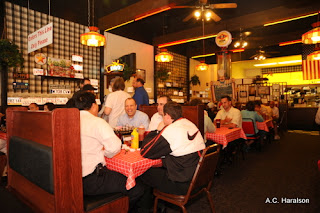 In 1977, Betty and Cecil Turner purchased the restaurant and named it The Station Cafe.  They received a lot of attention, thanks to an Angus steak burger that drew in locals.  Some folks call it The Filling Station – but that's not its real name. 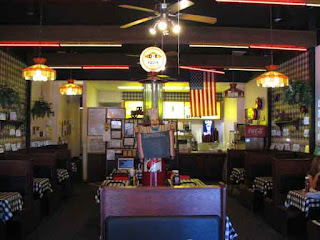 Within its glass door, tables are laid out in the center and booths line the side walls, an almost clausterophobic bit of arrangement to fit in enough seating for all.  There's also an outdoor set-up with patio furniture on he sidewalk. 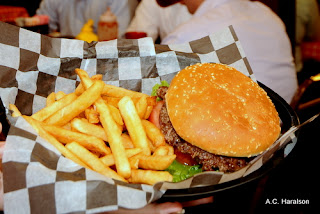 The big menu items are the Angus Steakburger and Freedom Fries – the burger’s been named one of the best in the state by different publications here and there.  But The Station Cafe's menu doesn't stop there.  It's also known for a widely varied breakfast menu and plate lunch specials. 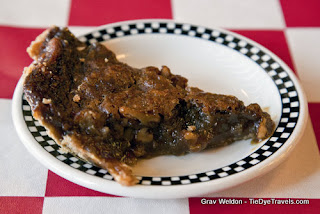 Still, the item that keeps bringing me back is the walnut pie.  You might think, with walnuts being so plentiful in Arkansas, that walnut pie would be a common thing to encounter in my travels.  With the exception of the black walnut pie at the Boardwalk Cafe in Jasper (an entirely different 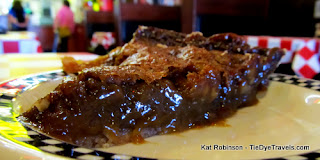 experience), this walnut pie is quite singular, and it's splendid to boot.  Similar to a pecan pie but with the earthier flavor of walnuts, this pie gets the crinkle on top like good brownies sometimes do. 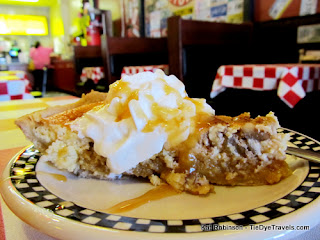 But that's not the only great dessert at The Station Cafe.  You should also give the walnut cheesecake a whirl.  In fact, this is Grav's selection for when we're in the area... a smooth creamy cheesecake with praline-ized walnuts in syrup on top.  Marvelous. 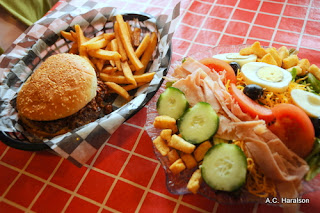 Whatever your choice, you'll find The Station Cafe at 111 North Main Street on the Bentonville Square.  Find weekdaily specials and check out the menu on the restaurant's website, or call (479) 273-0553 for more information.
To purchase this article, email Kat Robinson at 5/09/2016 08:23:00 AM