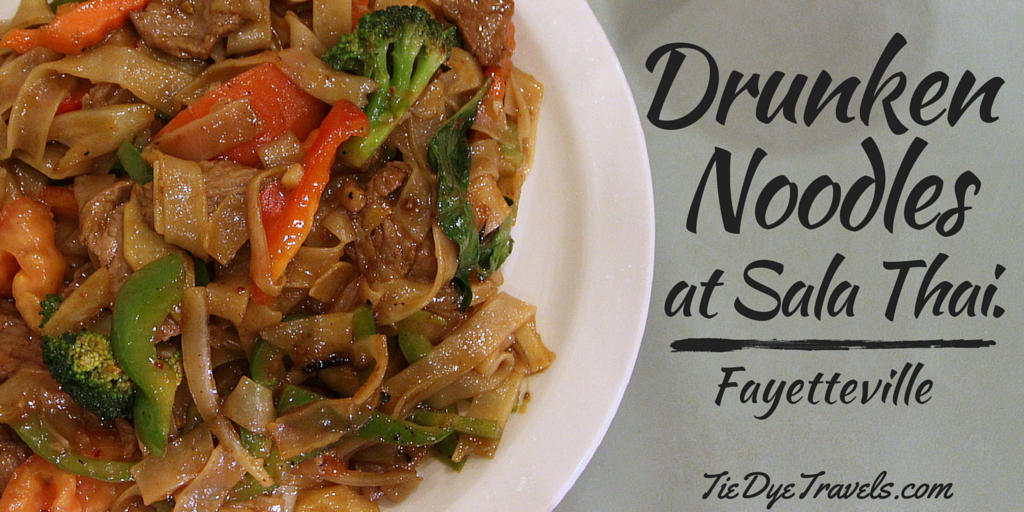 I could use this post to waft wind into the eternal fires of my soul set by my ever-developing rant about Vietnamese food in Arkansas, specifically the idea that Little Rock has very few place that serve pad Thai, yet in both Fort Smith and Fayetteville there are places where you can find four or five Thai restaurants in a square MILE. In Fayetteville, one such area exists south of Dickson Street, where you'll find Taste of Thai on the square, Thai Express down the hill to the south, Sala Thai a few blocks down and Thep Thai just a little further 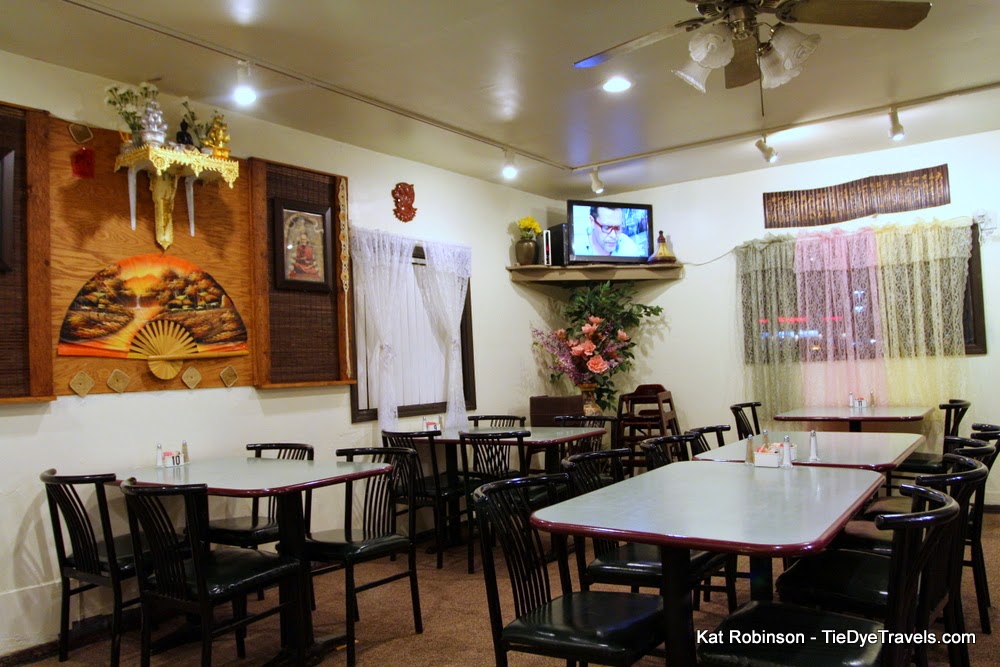 on. Each has it good graces.

This quick bite, though, was at Sala Thai, a little mom-and-pop style Thai diner (not to be confused with Thai Diner, another Fayetteville Thai noodle shop) not far from university and not the least bit fancy. This is the sort of joint you just stumble into after an evening of running around, where one collapses into a puddle at a plain table to be doted on by sweet ladies who bring you tea and keep checking to make sure you still have a pulse....

wait, let's talk about the food.

The menu at Sala Thai, like at Thep Thai down the street, is a book, with a load of combinations of noodles and rice and sauces and curry and meats and tofu, all of which are hard to comprehend when one's head is pounding and one's feet are sore. 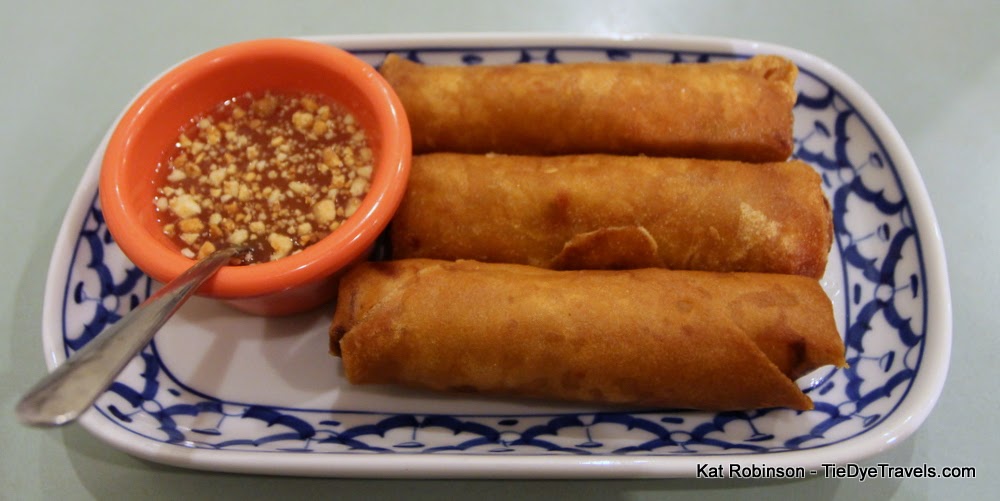 A good bet is to start with the fried spring rolls -- which, turns out, come in either chicken or vegetable portions. The dark rolled cylinders 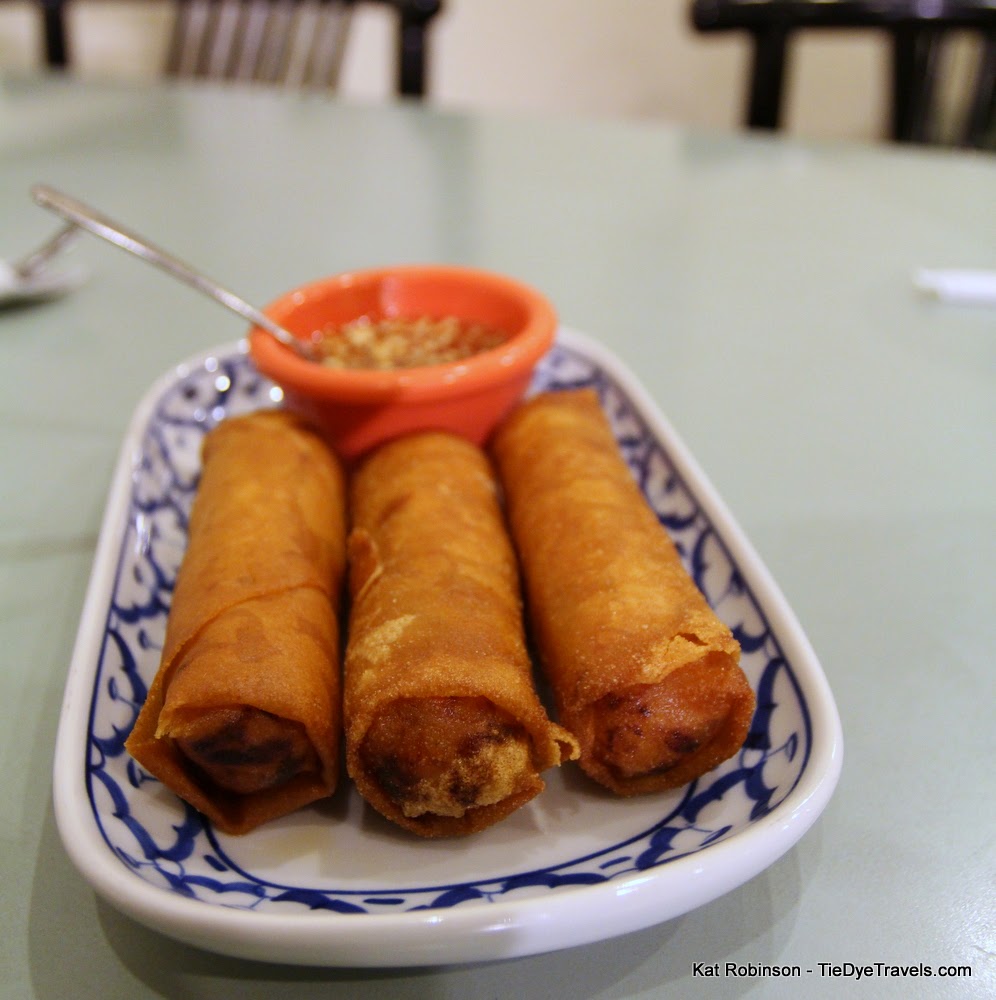 come piping hot with a translucent sweet pinkish sauce topped with finely minced garlic. Within the sauce was a tiny spoon, perfect for dolloping the sauce directly into the rolls. It was slightly spicy and somewhat sweet, similar to a Chinese duck sauce but thinner and more pungent.

A couple of young ladies came in and claimed a table. One was apparently a regular; the other had never been. Recommendations came flying at her, and at me, in quick succession. Though I was already sold on the palliative powers of a good pad Thai, I quickly changed my position when I heard her mention "the Drunken Noodles are the absolute best thing in the world."

That sounded like a great unsolicited opinion, so when my hostess returned, I asked for Pad Kee-Mao (the given name for Drunken Noodles) with beef as its protein. I also wienied out and got it mild (one star) instead of higher on the five star range. 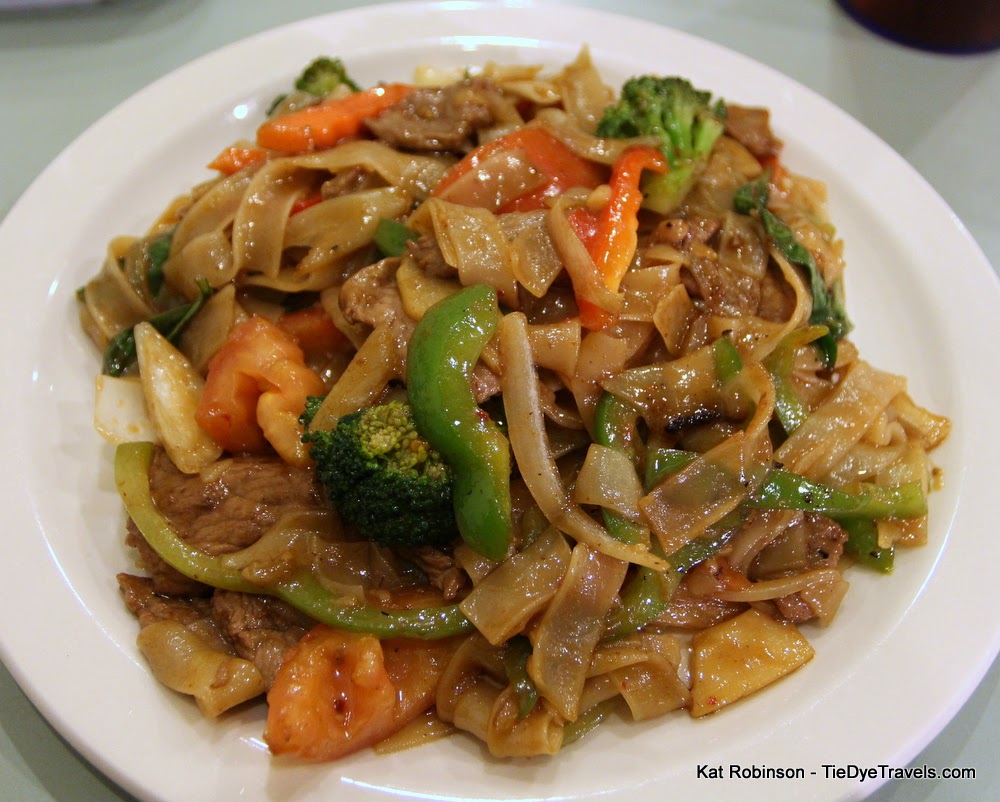 What came to me was a burgeoning dish of flat rice noodles, swamped in an aromatic brown sauce and crowded with broccoli florets, slivers of red and green bell pepper, crinkle-cut carrot spears, bamboo shoots, big pieces of Thai basil and pointed lengths of ginger. And one bite reminded me immediately of beef Stroganoff, a texture and 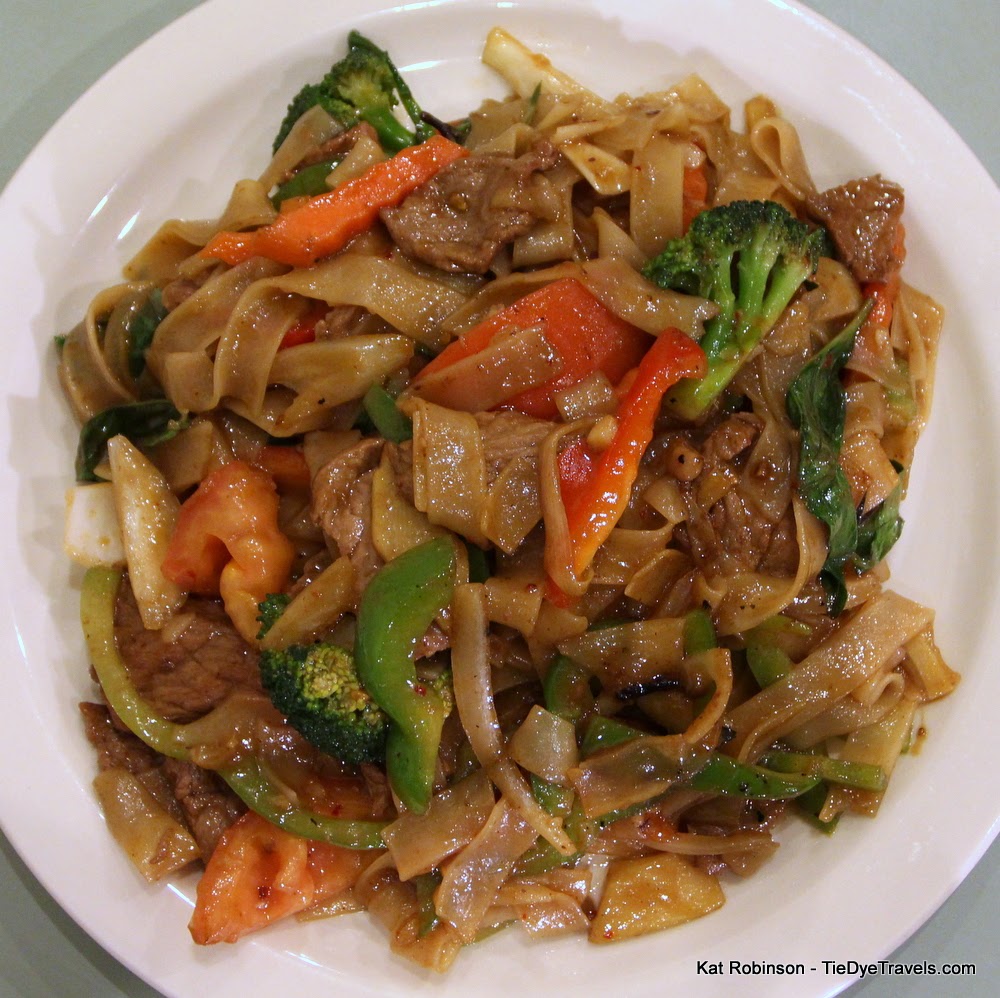 base that continued to press on my mind later that evening. Of course, every bite of ginger or basil wiped the thought away, only for it to return strongly moments later as I let the brothy sauce relax me.

Half of it went into a box for late consumption. When the box arrived, my hostess had already prepared a small white paper sack and a cup of the sweet-spicy sauce for the remaining spring rolls. Hours later, still exhausted but craving the meal, I awoke to find myself eating the remaining Drunken Noodles straight from the Styrofoam with my fingers.

The menu, as I mentioned, is a book at Sala Thai, but I will have a hard time ordering anything else again. Drunken Noodles really are the best thing in the world, or at least, an amazing creation from within those diner walls. I'll be back. 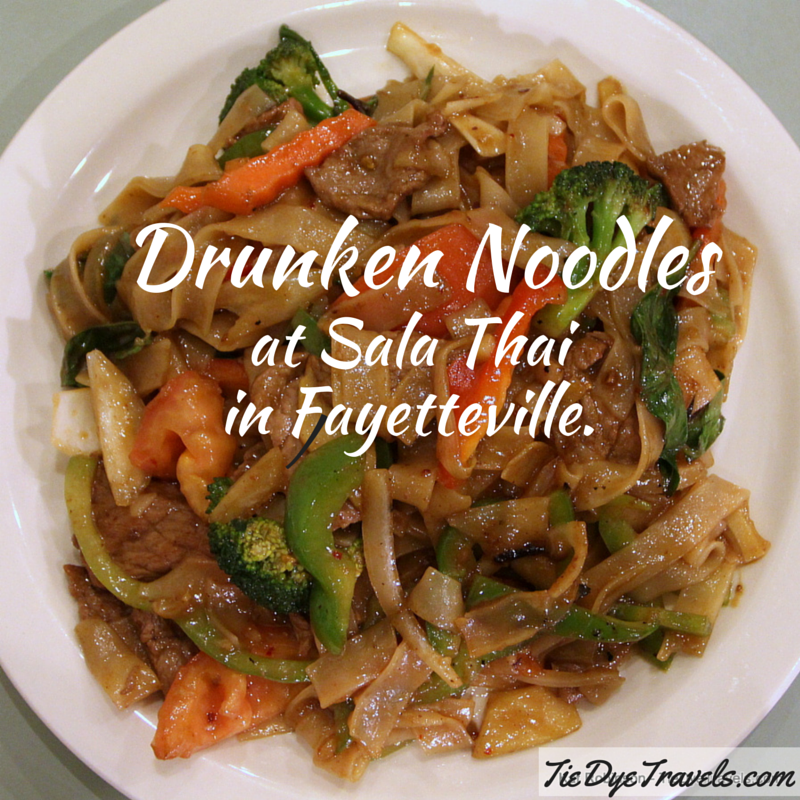