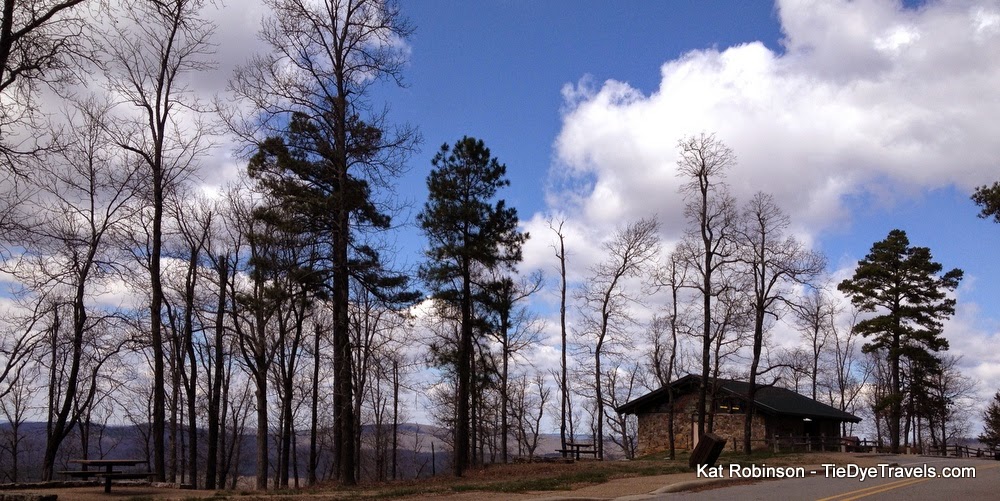 This article, I kid you not, is about a comfort station, a roadside station... in short, a rest stop along Scenic Arkansas Highway Seven.  What? 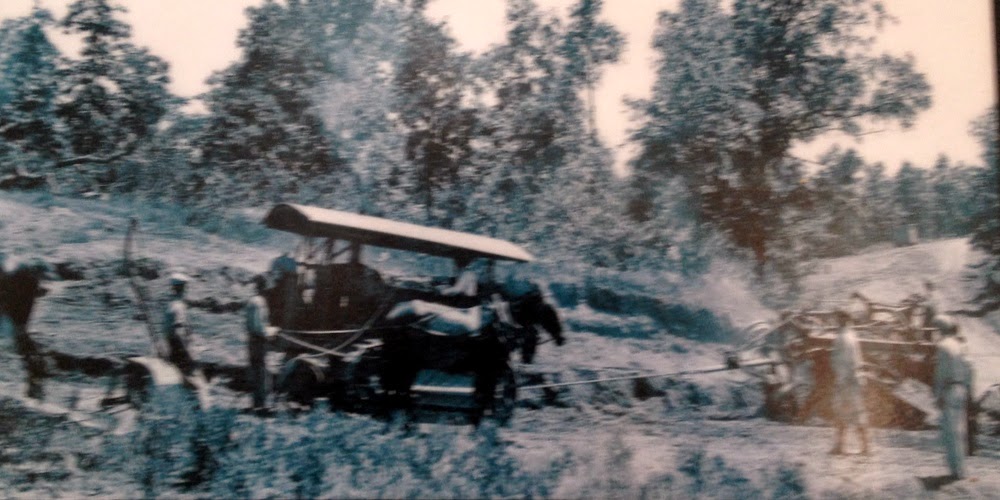 the federal program for numbering highways, and then it ran from Camden to Harrison, with several sections a bit different from what they appear to be today.  Much of the roadbed was dug out with mules and carts back around the turn of the 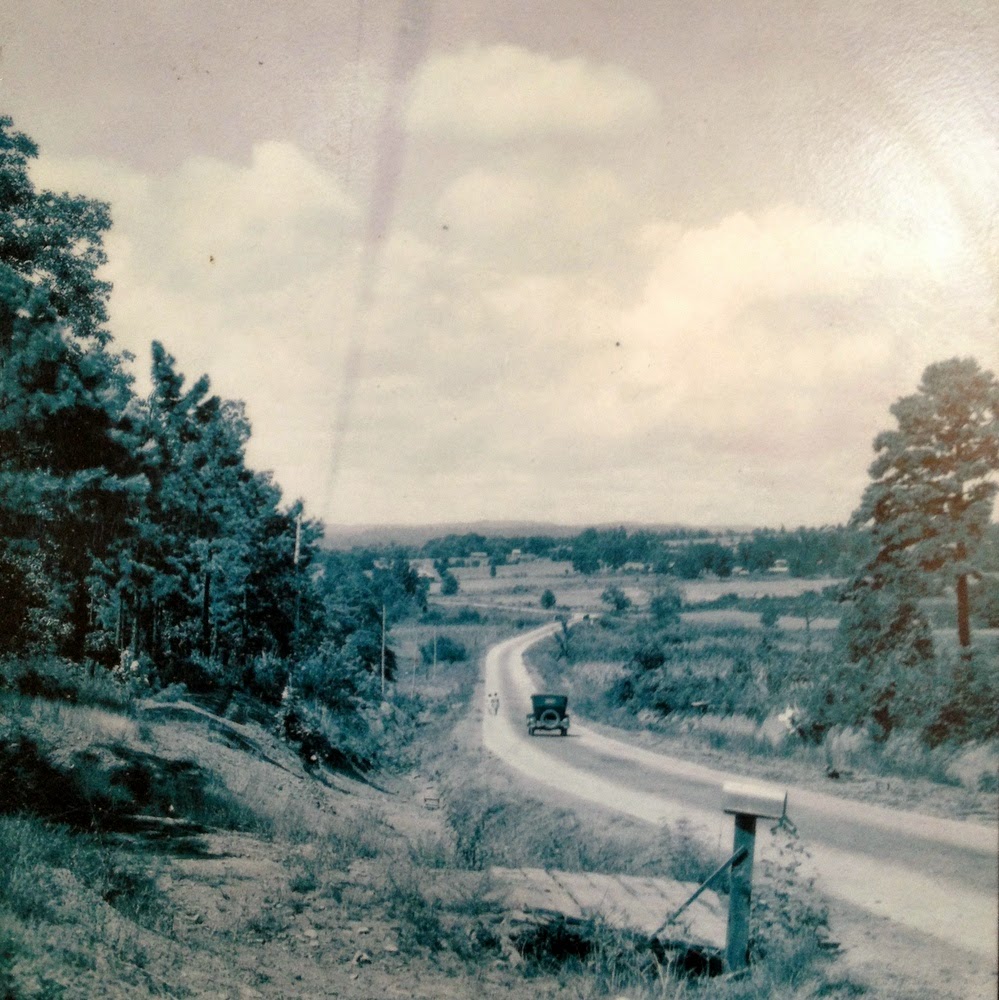 century.  It improved a little over the ages, but slowly.  That roadbed received its designation as State Highway 7 in 1926.  It was a gravelly passage (except for around Hot Springs) and it was a bugger to traverse.

In the Ozarks, it was made even worse by the undulating peaks and valleys of the Ozark Mountain Plateau, rocky on its best days and horrifically muddy on bad ones.  But because it connected Russellville and Harrison, which connected to other important cities, it became a major route for travelers.  Mind you, this was back in the day when cars were still a relatively new invention.  There were few places to pull over and have a lunch, or even a break from the road itself. 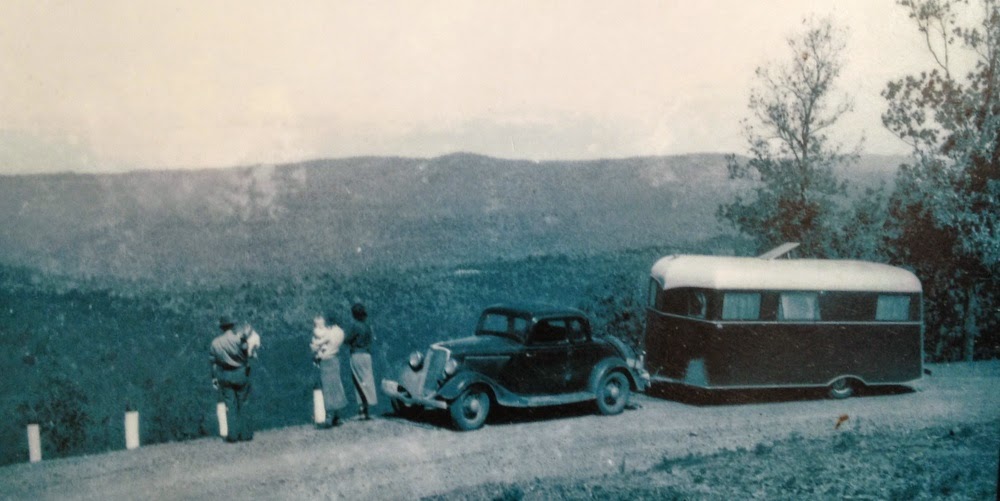 Enter the Rotary Anns.  Now, the term Rotary Ann comes from two women -- one was Ann Brunier, who traveled with her husband to a Rotary Club convention from San Francisco to Houston in 1914.  She was the only woman on the train headed to the conference, and by the time the couple deboarded everyone was calling her Rotary Ann.  Ann Gundaker of Philadelphia was also at the event with her husband, and by the time it was over she too was known as Rotary Ann.  The name stuck, and the ladies auxiliary membership for the Rotary Club went by the Rotary Anns up until the 1980s. 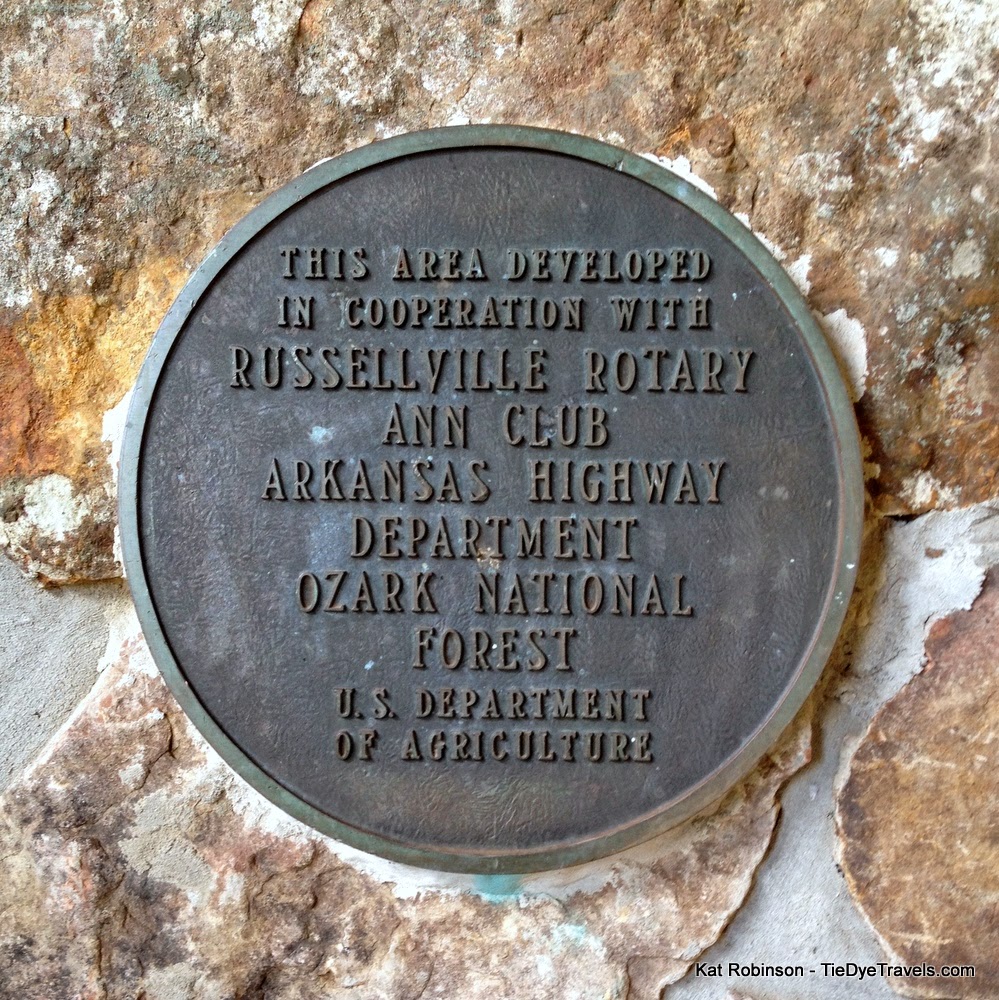 The auxiliary members in Russellville saw a desperate need for a plate to stop along the route... not only because of the need for sanitary bathroom facilities, but to give drivers a place to take in some of the amazing views of the Arkansas Ozarks.  They encouraged development with the Rotary Club, and in the 1930s a scenic overlook with places to park was created along Highway 7. 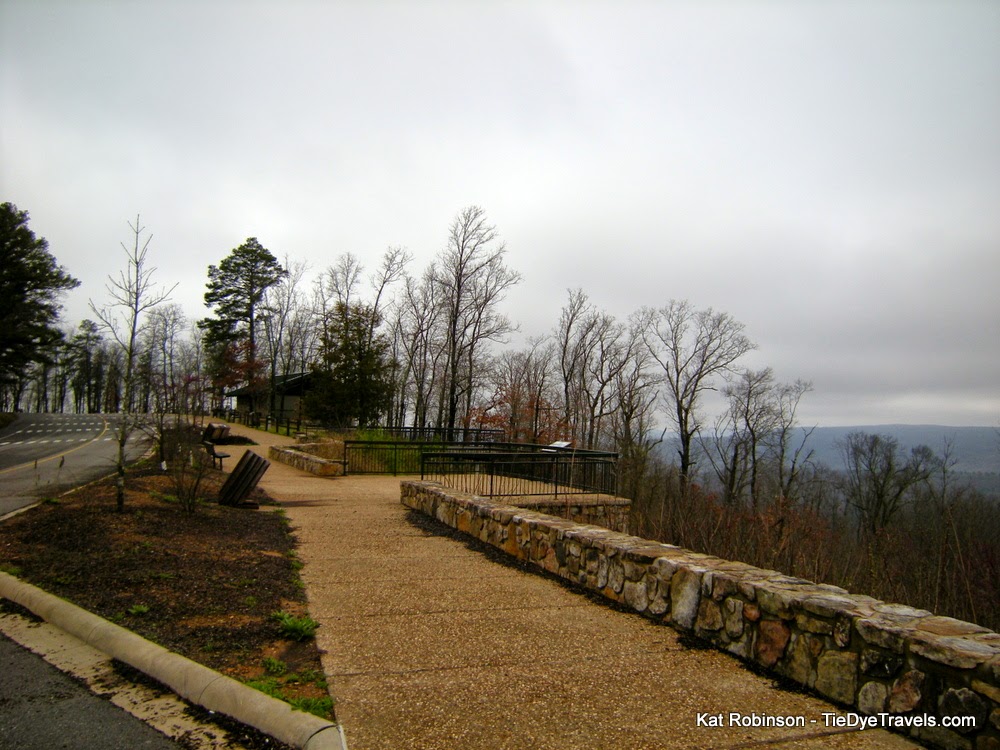 It was the first rest stop in the state, and it should be around a good, long time.  In 2004, the stop was reopened after a year-long renovation and upgrade.  Today, it includes an unmanned restroom for men and women, interpretive panels, rail-guarded overlooks and picnic tables, along with lanes allowing for small 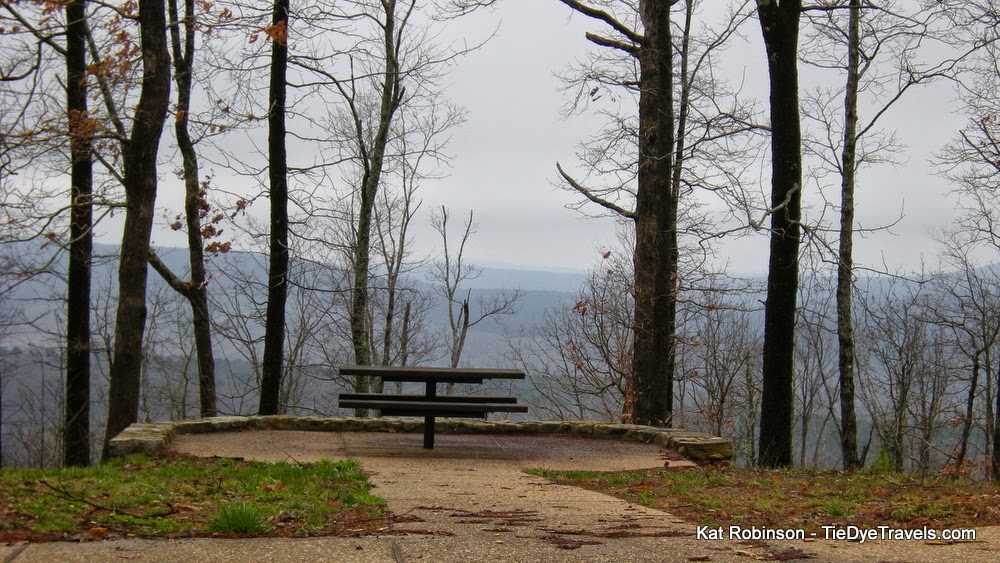 Highway 7 received its Scenic Byway status in 1994, at one of the last high points of tourism in the area.  That happened to be the last year Dogpatch USA was open, and new developments 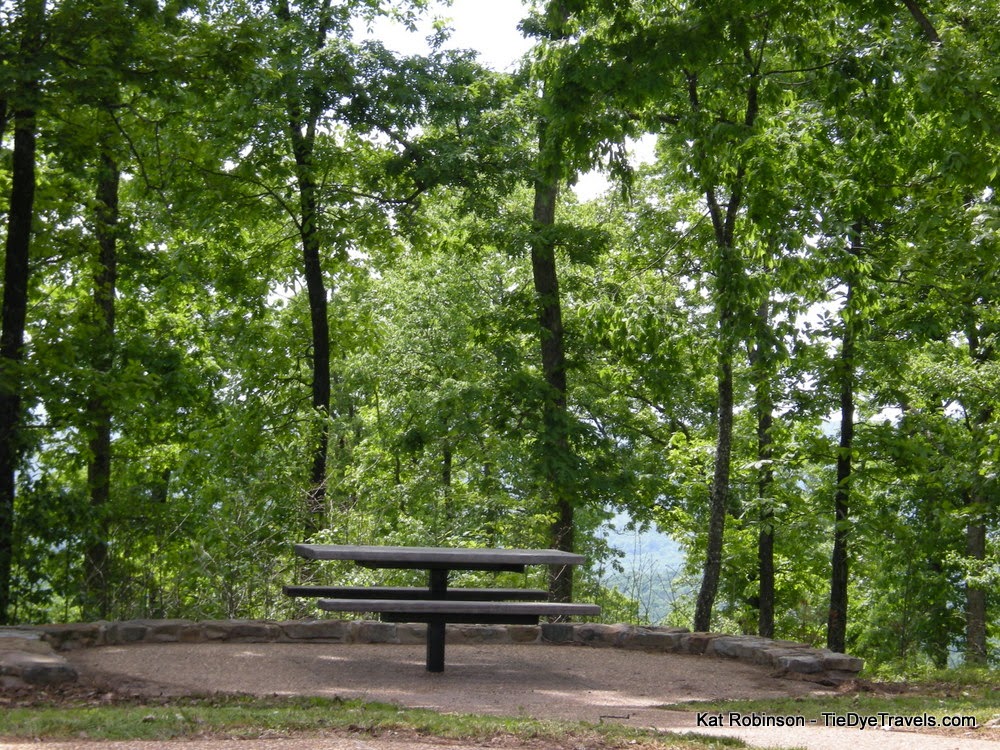 around the state were already drawing away travelers.  Upgrades to US Highway 65 to the east and plans to create an interstate through northwest Arkansas to the west were already underway.  Traffic dwindled.  Businesses faded.  Yet, Rotary Ann has been there throughout the decades. 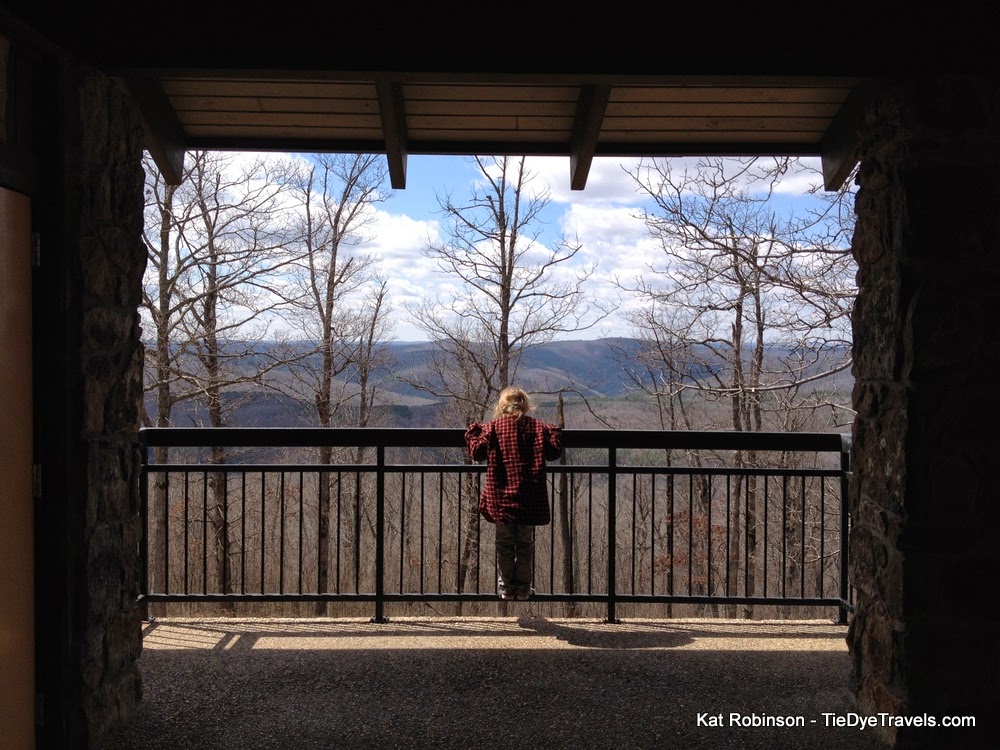 Ask any Arkansas Boy or Girl Scout, family member who's traveled or motorcycle enthusiast about the highway, and they may mention this splendid little site.

I try to stop often, and I have many photos of these quick stops.  On Spring Break with Hunter last week, it came in very handy.  Hunter enjoyed 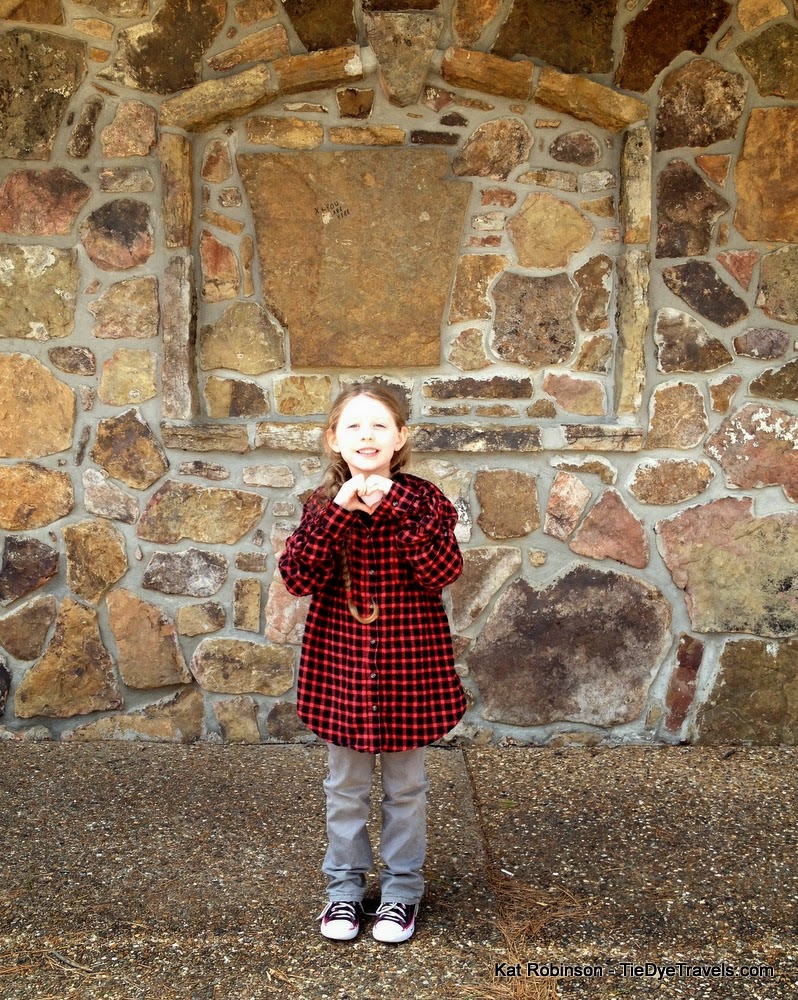 its views, too... as did the more than two dozen different individuals we counted that passed through in the quarter hour we were parked there.

If you're looking for Arkansas's oldest rest stop or would like to take in a gorgeous view, head up Highway 7.  You'll find it south of Pelsor and north of Booger Hollow.  Take a few moments and enjoy the view. 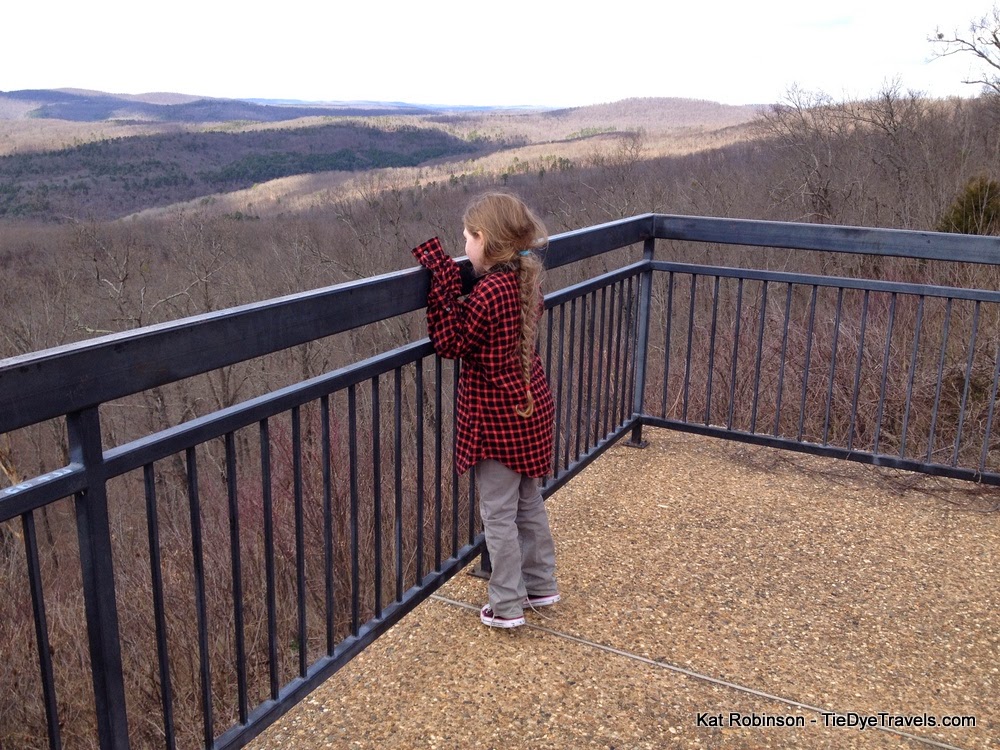 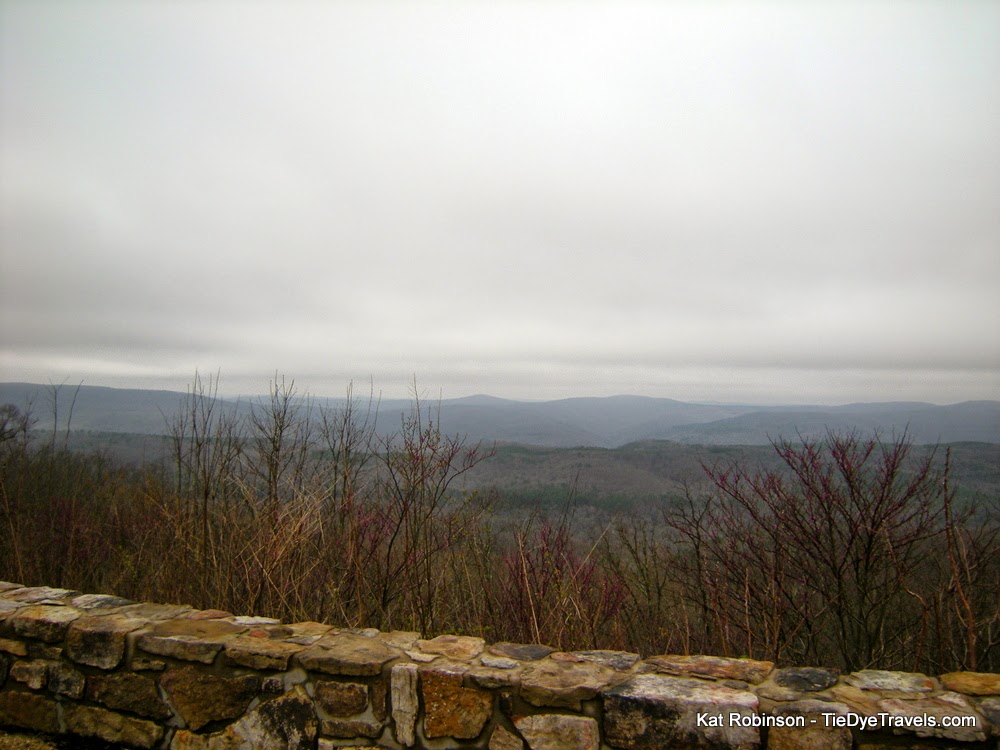 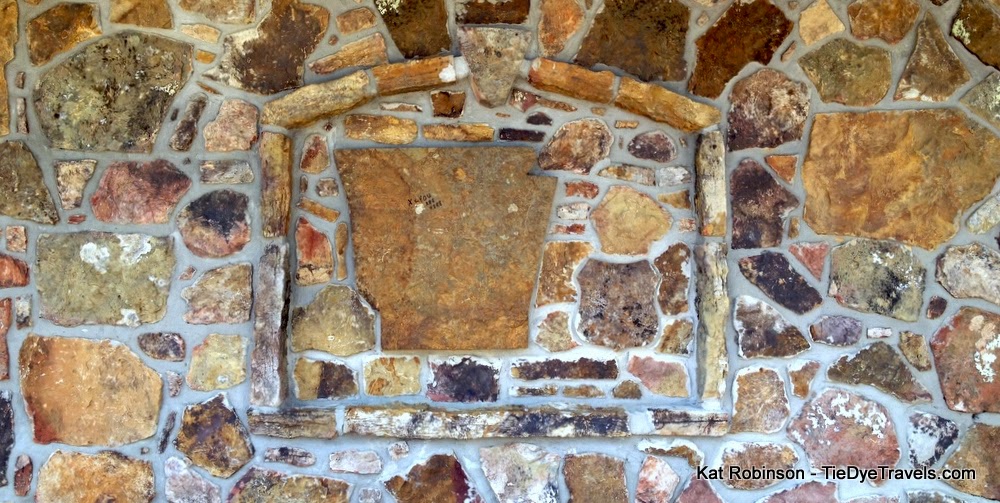 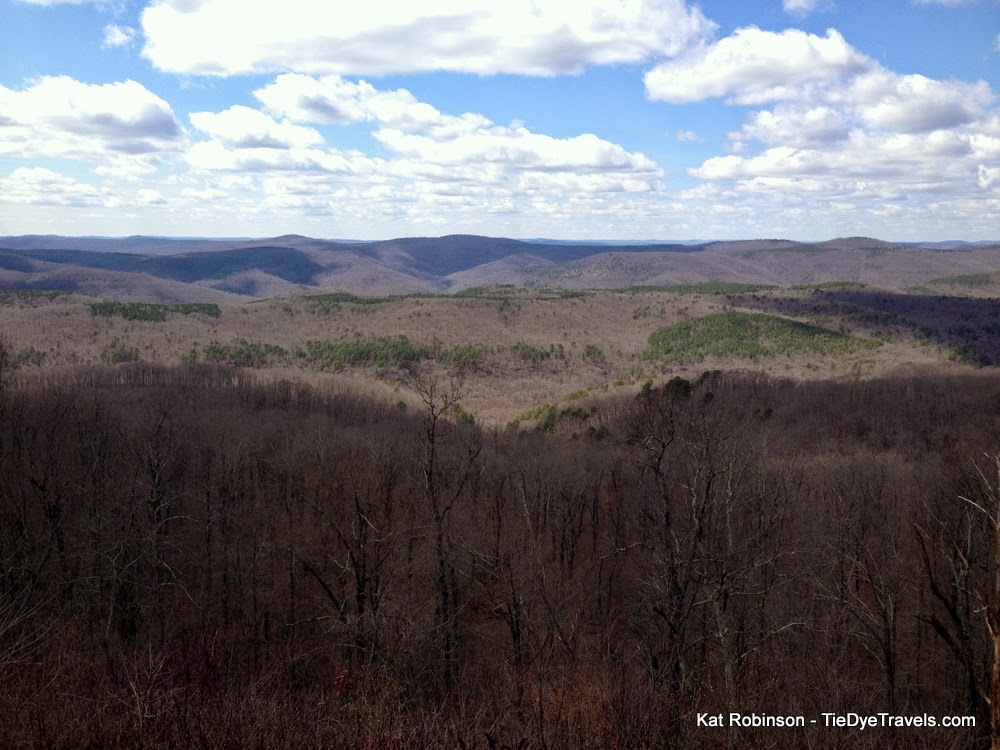