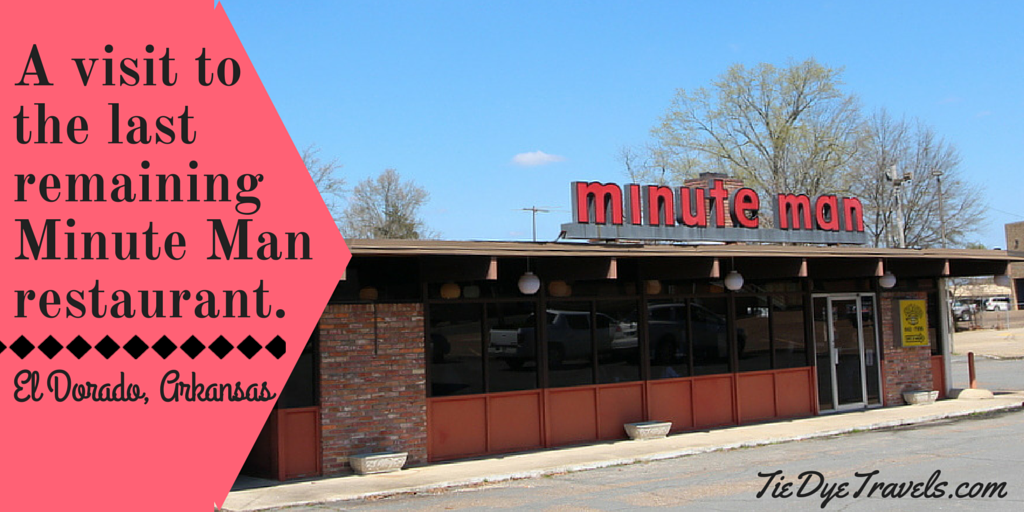 Hunter and I are exploring Scenic Arkansas Highway 7 from end-to-end this week. Watch my Twitterfeed @TieDyeTravels for updates each day on where we've been and where we're headed.

I've talked extensively about Wes Hall's Minute Man Restaurants before.  The chain, which started in downtown Little Rock in 1948, was once a very big deal with locations all over the place.  Today, the final location still operates in downtown El Dorado.

We made the Minute Man our first lunch stop on our trip.  When you pull up and open the car door, the scent of hamburgers broiling over a charcoal grill will hit you like a brick.  It's like walking up to a backyard barbecue.  The whole neighborhood has this essence over it. 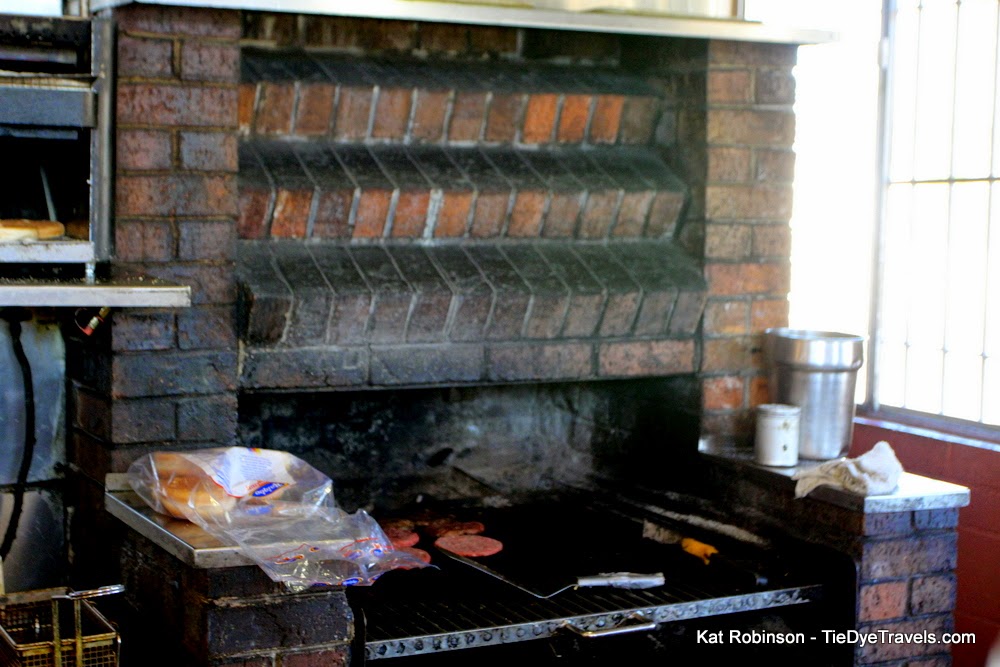 Just inside the door, we encountered a line.  Two people were working behind the counter - an older woman and a younger man.  They took turns checking the burger patties on the grill.  Orders were taken, slowly.  One order would finish up and another would be on the grill, and the hostess would take the order from the next person in line.  There was no hurry whatsoever. 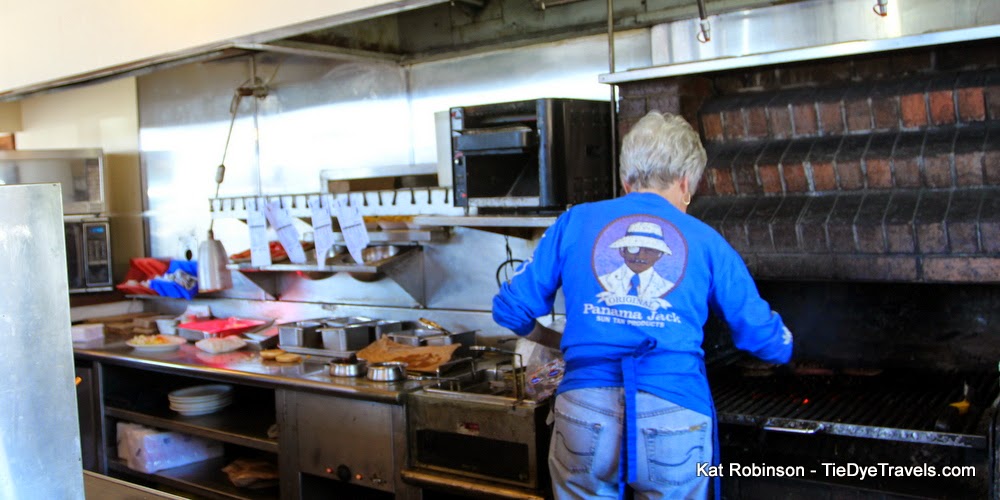 But that was okay.  We weren't in a rush.  The phone rang and orders were taken there.  People pulled up to the drive-thru and waited.  Burger patties would be plopped onto the ancient brick-and-bars grill right behind the cash register and burgers would be assembled on the counter next to the grill.

It took more than 20 minutes for us to reach the head of the line to order.  A lady in line asked me about my camera lens.  Hunter flirted.  The scent of those burgers grilling had stirred up an appetite for both of us. 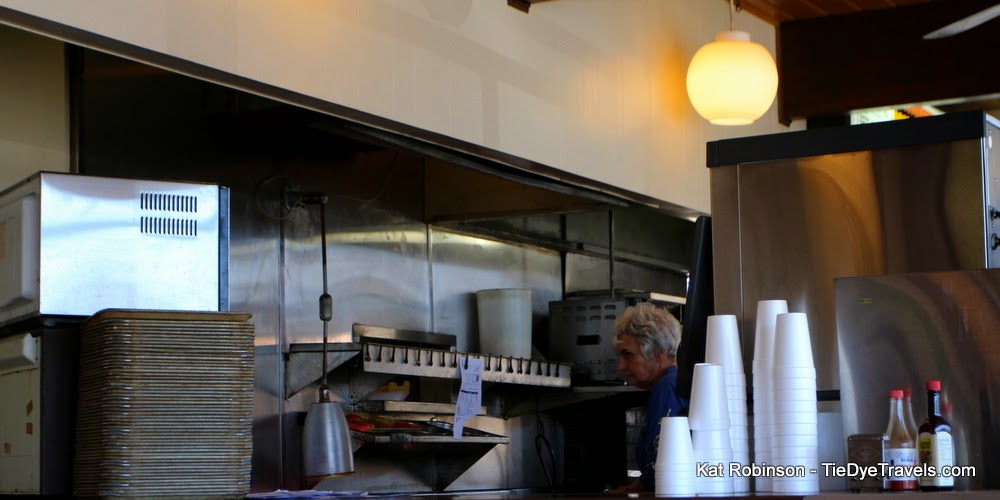 We ordered our meals. Turns out, they were out of the junior sized burgers that normally came with a Magic Meal (the concept of which came along before the Happy Meal, thank you very much), so Hunter got a full sized 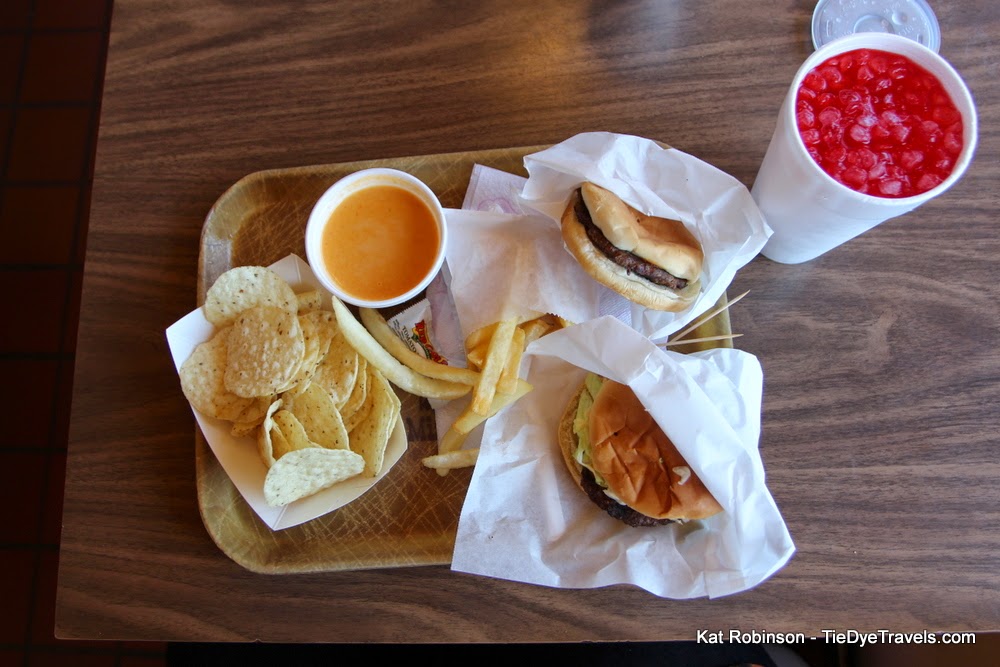 burger.  We had ourselves a seat.  As orders were completed, the hostess hollered out numbers and they'd be picked up at the counter. An older gentleman came out of the back and bussed tables.  It wasn't long before ours came up. 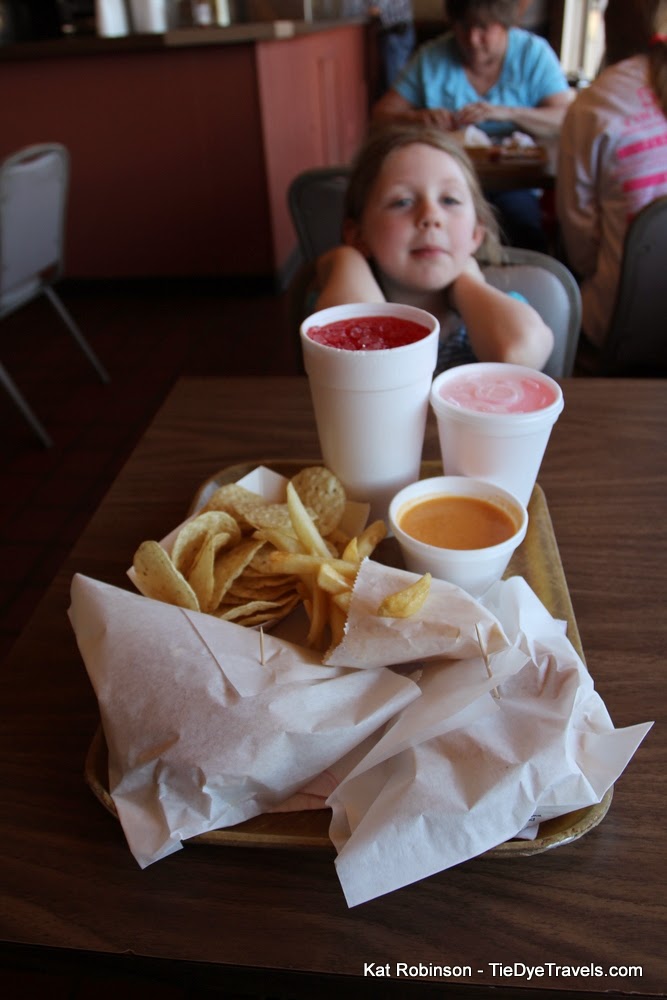 This is a lot like what Minute Man meals looked like when I was a kid.  Burgers wrapped in paper and fries in paper sheaths, brightly colored drinks - yes, and it all had that sort of charbroiled scent.  Except the cheese dip, of course.  This Minute Man added items to its menu in later years (like a few other locations), putting Mexican-esque items on the menu like burritos and a taco salad, and of course that old Arkansas favorite, cheese dip.

The cheese dip isn't all that thick, but it's fine with the thick round tortilla chips. I dipped my fries in it and that was pretty good.  It's a yellow American cheese dip, very smooth and with a little seasoning. 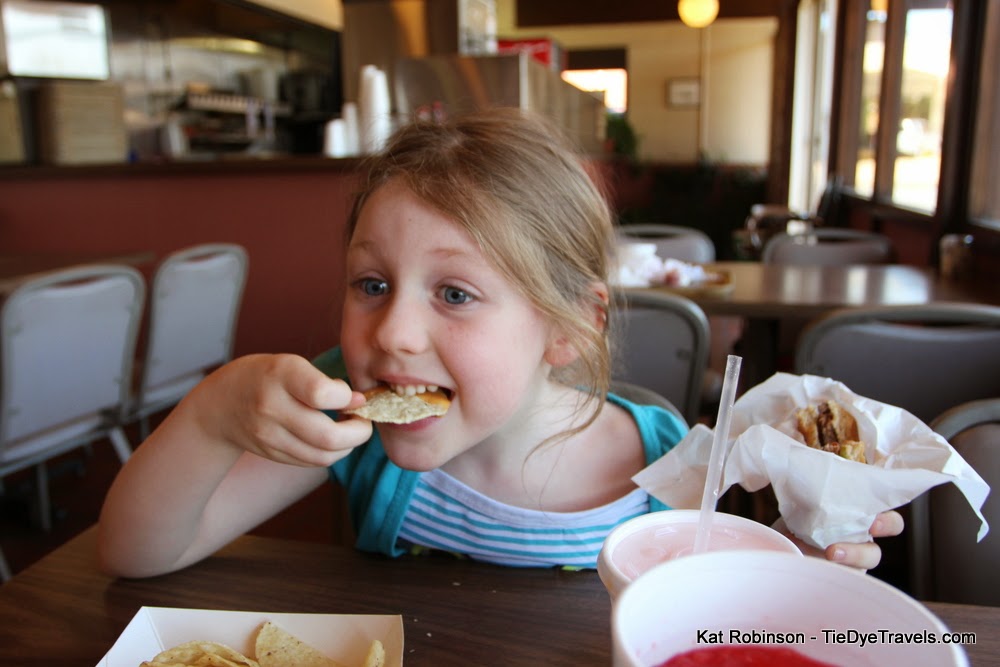 Hunter actually ate almost all of her burger, along with all but a few of the chips.  She sipped on a pink lemonade while we ate and talked.

Me?  The Big M tempted me, as did the Hickory Burger, but I ended up choosing a Salad Burger. This is a burger that 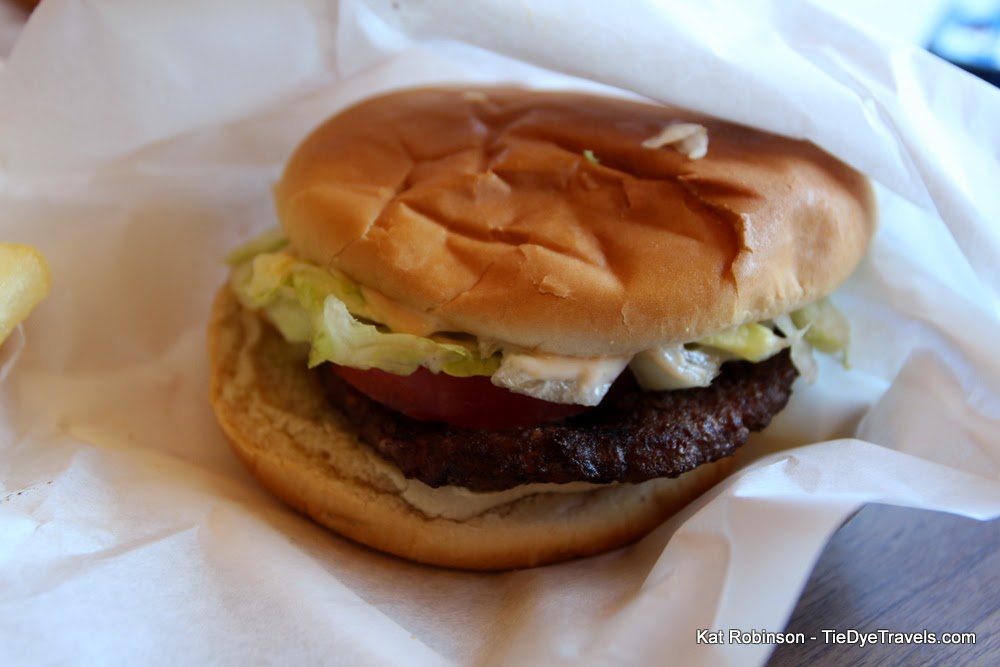 comes with shredded lettuce, tomato and relish sauce, that special sauce that preceded Special Sauce.  I was actually gifted with the recipe but never make it myself, since the recipe is sized in gallons.  It's a tart, sweet sauce that's somewhat pink, and it's very good with burgers.  The meat was thin but has that nice barbecue grill flavor, and the bun was seedless.

We took our time but eventually had to get up and go to our next destination, the South Arkansas Arboretum.  I think I'd eat pretty regularly at a Minute Man if it was brought back in Little Rock.  I'm glad I still have a chance to enjoy those old flavors, even if it does require a drive to El Dorado. 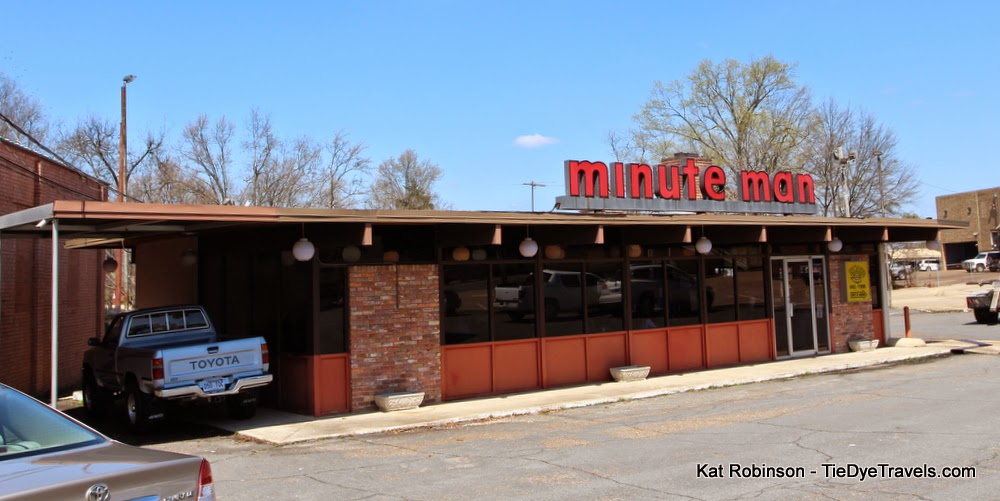 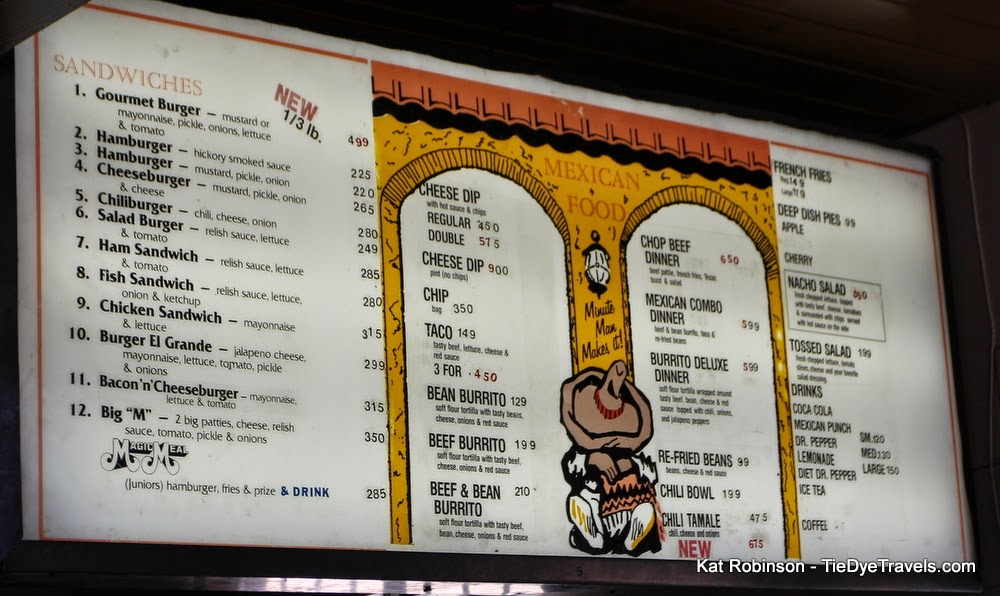