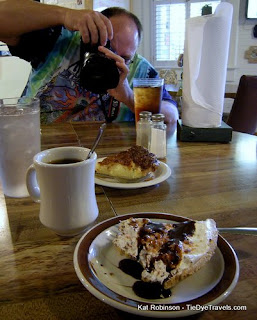 After a few weeks working with the experienced Arkansas food pro, photographer Grav Weldon shares a hidden secret. And there's pie. Oh heavens is there pie.

We’ve talked a lot about pie recently. Heck, honestly, I talk way too much about pie. But there’s something quintessentially Arkansas about pie in all its various incarnations. A restaurant that doesn’t serve pie (outside of the odd ethnic joint) is just not part of the Arkansas landscape.

The variants of pie go from the 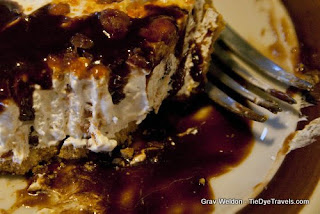 humble fried pie to the glory of well-tempered cheesecake, from custard to cream to fruit to nut. Whether topped by meringue, nuts, whipped topping or a pastry lid, you’re bound to find it at an Arkansas eatery. The pie culture permeates our state identity, just as surely as you’ll find a Reuben sandwich on any menu around these parts.

Because we as customers subject ourselves to so many variants of pie, we become connoisseurs, which drive us places like DeVall’s Bluff’s Family Pie Shop and Ms. Lena’s Pies, to Ed and Kay’s for their Mile High Pie in Benton and to Charlotte’s Eats and Sweets in Keo. The names are all familiar, and we beat down the reeds on these paths to get where the pie is good.

That’s part of a reason why great pie from an unknown location should be celebrated. After all, the bar has been set high. For anything exceptional to break through, it has to be out of this world good.

My pie obsession has lead me down many roads, and I follow the recommendations of readers and friends down back roads and to little burgs here and there. So it wasn’t unusual for me to follow a lead from photographer Grav Weldon to check out a little joint in the community of Old Jenny Lind. It took a little looking, but we finally found our way down Gate 9 Road to the Jenny Lind Country Café. 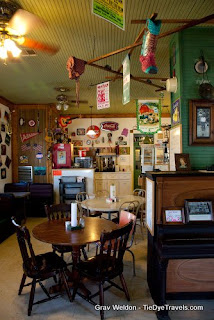 Inside and out, Americana clings to the place. A piano greets you when you come in the door. The waitresses are friendly and the tables are comfortable.

We started out with a quick bit of disappointment. The pie we’d come seeking — the Chocolate Joy — was gone for the day. So were many of the other options. We stood at the pie case and whimpered a little, trying to gather up the gumption to try something else.

I figured out my choice of poison first — the Buttermilk Pie. Grav dithered over whether or not to do the Chocolate until the lady behind the counter revealed that the Butterfinger Crunch pie was still available. Well, there you go. We had our two selections. 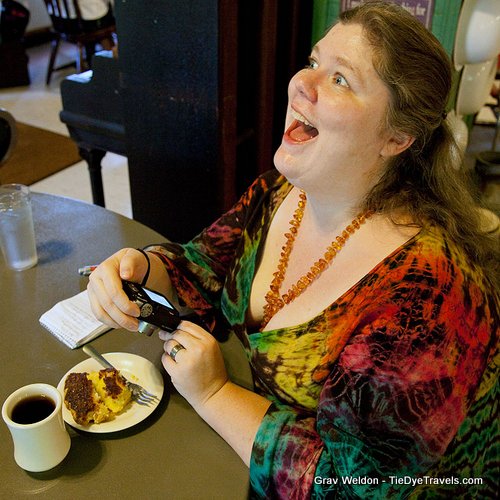 Now, you know me with the camera. I will shoot anything that doesn’t move (and a few things that do) in my efforts to bring you the essence of my food experience. Multiply by two, with Grav shooting as well, and you not only get a lot of photographs but you collect odd looks from the clientele and questions from the staff. Lots of questions. Did this perturb us? Nah. Between the two of us I think we took close to 2000 shots. That’s just what you do, when you’re trying to capture the goodness that is pie. 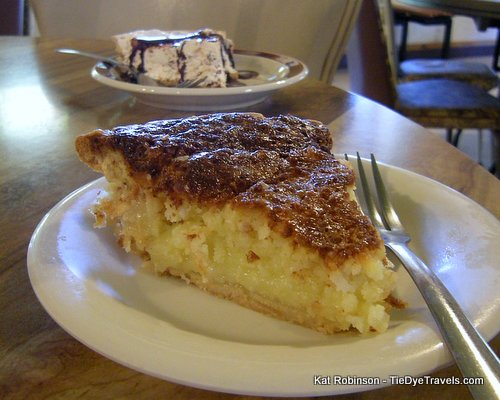 And that’s the thing. These weren’t average pies. It was revealed to us that pie baking began at six in the morning, and once the baking was done that was it — when the slices of a certain pie ran out, they‘re gone. 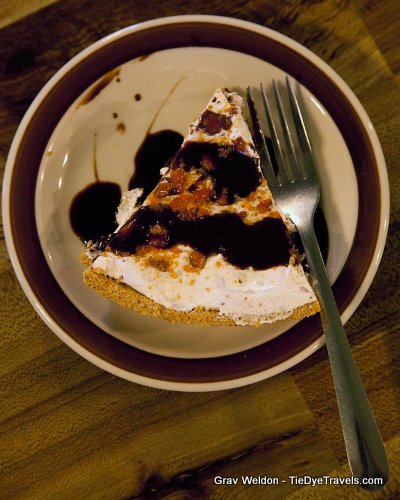 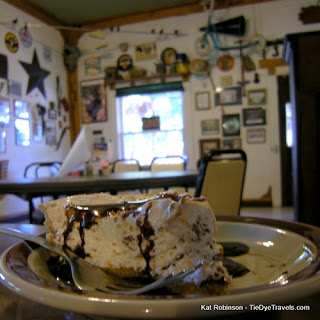 Though we missed out on the Chocolate Joy, we each found a bit of something salivating in our selections. The Butterfinger Crunch pie was far lighter than I had anticipated, a creamy refrigerated pie with just a little crunch to it in forms of tiny sparks of the named candy bar. Unlike other examples I’d had in this particular category, it wasn’t overpowering, just sweet enough and with a crust that tasted like bits of the Butterfinger had been folded into the butter and flour of the pastry. 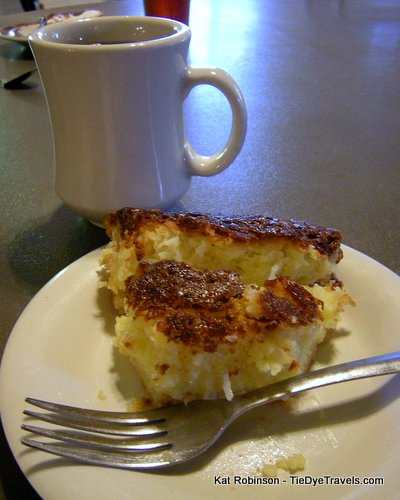 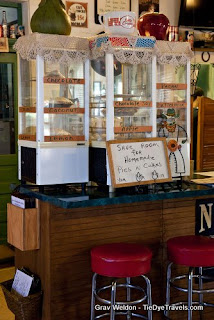 My choice, the Buttermilk pie, was a new take on the old favorite, too. Most of the examples of Buttermilk pie I’ve experienced have been in the chess pie range — custardy with a bubbly toasted top, usually on a rolled pastry bottom but every once in a while mistakenly poured over a loose graham bottom. This one was quite different. The largest difference was the introduction and prominence of coconut. The flavor was complimentary and so mildly sweet as to be comforting. The crust had become a little cakey; whether this was to do with the actual baking or the fact we’d arrived at the little café 12 hours after it had been set to bake, I couldn’t tell you. But it was pleasing, a real 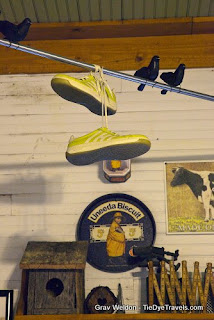 black-cup-of-coffee companion with its sweetly toasted top and substantial mouthfeel.

Yes, indeed, we did drive quite a way just for pie. It was worth it. My only concern is that by letting out this secret, that too many people would show up to eat pie before I could get back on any particular day. Well, that’s the thing. Gotta take that chance.

Of course, we just talked about pie. That’s not all the eatery offers. Four days a week there’s breakfast and lunch, and that’s pretty good, too. Grav took photos of his breakfast there, biscuits and gravy with bacon, just to prove it, like you needed proof, eh? 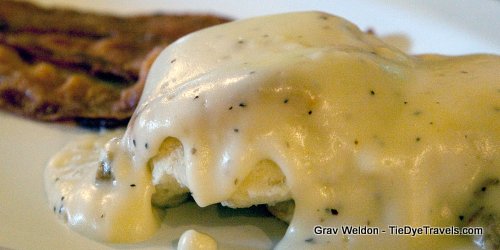 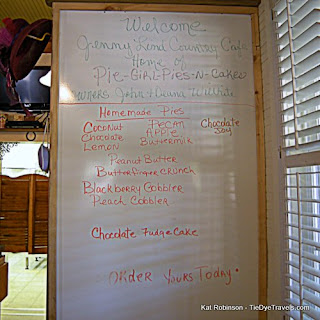 Jenny Lind Country Café is open 6 a.m. to 8 p.m. on Thursday and Friday and 6 a.m to 2 p.m. on Saturday and Sunday. It’s closed Monday through Wednesday, but you can book parties (and I bet order pies) for those days. It’s way out there, so you probably want to call if you’re on your way — especially if you want to see if there’s a certain pie you’re looking for on any particular day. (479) 996-4940.