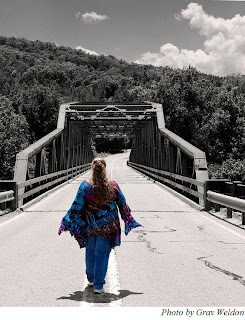 I do a lot of talking about places and things and edibles here at Tie Dye Travels; I rarely talk about what goes on behind the scenes.

It's been a busy few weeks. It's summertime, which is Arkansas festival season. I've found myself at numerous festivals this year. I'm also working on a future story for one of my publications that's going to be pretty extensive (don't worry about it, I'll let you in on the secret soon) and several other stories elsewhere. As it is, I'm awfully blessed right now with work. I'm thankful for that.

I just appeared last week on KARK Today at Noon, talking with Mallory Hardin about this blog and where it's lead me. Late that afternoon, I discovered this blog had been named a runner-up for Best Blog in the 2010 Arkansas Times Best of Arkansas Readers Choice Poll, along with Jason Tolbert's The Tolbert Report and Blake Rutherford's Blake's Think Tank. The Times' own Arkansas Blog took top honors -- and rightfully so. No way I could ever compete with the mother of all Arkansas blogs. 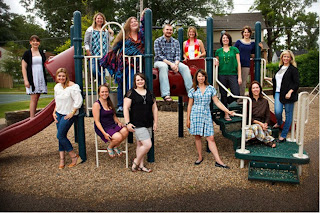 In July Little Rock Family Magazine named Tie Dye Travels one of "13 Central Arkansas Blogs You Should Be Reading." That was pretty cool, too. The day we got together and took that photo for the article was dang hot. 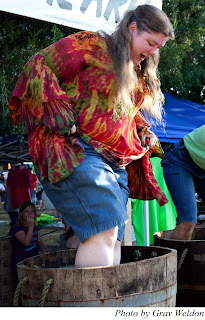 Crazier things have happened. The other day I won the celebrity grape stomp at the Altus Grape Festival. That was weird and unexpected. Five minutes before the event, I was sitting in Kelt's drinking iced tea. Heck, you can read about the experience at Eat Arkansas - another great opportunity in my life that I am thankful for.

I'm collaborating, after all this time. You get into a pattern when you're on your own, a hermit-like mindset. It's great for focus, sure. But when you have a dinky little Nikon P50 to shoot with, it's hard to catch things very well. I appreciate how you, dear readers, have put up with some of my efforts -- especially in the early years with bad flash, focus, all sorts of stuff. I've learned as I've gone along. 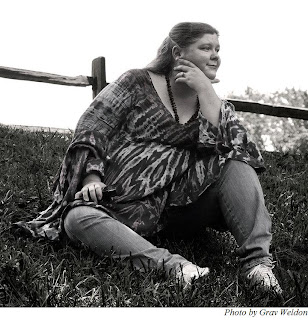 Now I find myself having the benefit of talented photographers like Grav Weldon and Leif Hassell who have frequently come along for the ride as of late. Props are definitely in order.

I find that my ducks are all finally settling into their row. It's been nearly three years now since I left Today's THV and started on this mad crazy adventure. There have been many times I've wondered if I would survive at this, quite a few times when I wondered if it was time to throw in the towel and head back to the world of television.

I'm past that now. These past few months I've discovered all sorts of avenues to travel. I'm blessed with thoughtful editors who occasionally seek me out for their bidding and who are receptive to my ideas. I'm overjoyed with the stories I've been able to discover, research and share. It's a good time in my life, and I'm just glad it all worked out.

People ask me how I got into this... and I used to give them a whole schpiel about how I left TV and didn't know where I was going to go or what I was going to do. Now? I say it's karma. Now, karma's a funny thing. I don't believe the idea is a religious one. It's just the idea that if you put good out there into the universe, eventually you'll get some back. I've always tried to be kind to the people around me, even when I haven't felt like being kind. I figured if I worked hard and did the best job I could, eventually things would turn out for me.

And they have. Yay me. And yay you for putting up with my ramblings.

Does my good fortune mean I'll get a big head about things? Nah. Yeah, there have been some accolades of late and I'm thrilled about them. But there's so much work to be done, and so little time to get it all done in. I plan to keep my perspective.

If there's anything I can share with you today, it's the importance of realizing what good is in your life. I have this great career now, a home, a means to keep on going and this beautiful, smart daughter who marks 20 months today. There are good things in your life, too. Enjoy.

Oh, and thank you for voting for Tie Dye Travels. That means a whole lot to me.
Told by Kat Robinson at 8:28:00 AM

Email ThisBlogThis!Share to TwitterShare to FacebookShare to Pinterest
Labels: notes from Kat