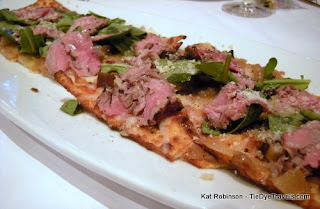 I rarely go to a restaurant on its opening weekend; there are usually far too many kinks to be worked out.  But with the press attention for Bravo Cucina Italiana, I decided to go ahead and give it a shot. 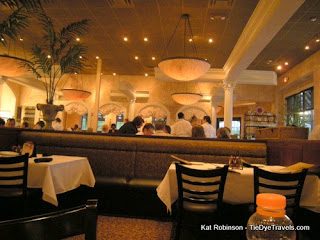 Bravo Cucina Italiana is in the new Promenade on Chenal. There's an outdoor patio along the south edge of the restaurant, and cavernous dining rooms within. Despite reservations we had to wait 10 minutes when we arrived.  There was some table confusion as to where we were to be seated, and it took some time for our dessert course to arrive.  That being said, despite the crowd of more than 200 there when we arrived, we were quite pleased. 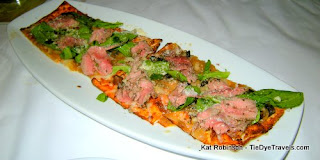 After the delivery of the traditional bread and olive oil dip (this version tinted a paprika red), we ordered up the Grilled Steak Flatbread ($7.99) for an appetizer.  It’s good enough to be a nice lunch by itself.  The long rectangular crispy bread was very light, almost cracker-ish yet bearing that texture and taste only a wood fired oven could bring.  The steak slices were very thin and matched well with the Arugula.  We adored the caramelized onions that brought up the sweetness quotient. 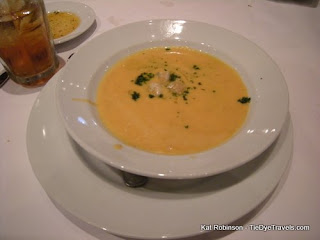 We chose different accompaniments for our meals.  The Lobster Bisque ($5.49 on its own, $3.99 with a meal) had a nice savory and slightly cheesy broth containing substantial chunks of lobster meat, with just a little spiciness left on the tongue at the end. 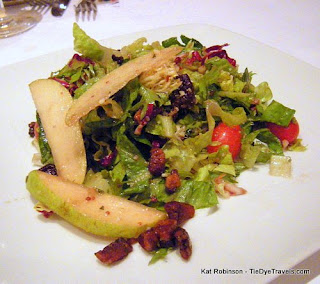 The Insalata Rustica was a great little salad with pears and dried fruit and pancetta and spicy pecans ($5.99 on its own, 2.99 as a side). 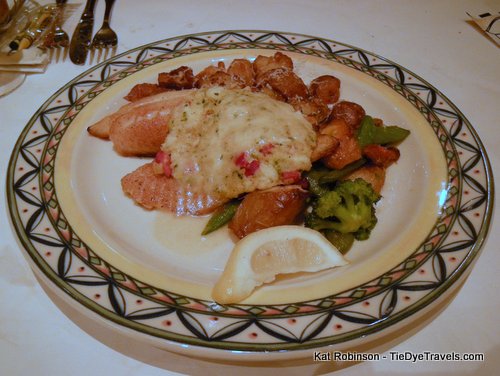 The Grilled Tilapia with Crab ($19.99) was one of the best tilapia dishes we’ve had in a long time.  The fish was perfectly cooked, topped with a nice mixture of crabmeat and spices.  We never found ourselves using the lemon wedge that came with the dish.  We were especially surprised by the crispy potatoes that came with the dish -- very crispy, in fact, but with an impossibly creamy center that almost made us wonder if the potatoes were mashed and reformed before frying. 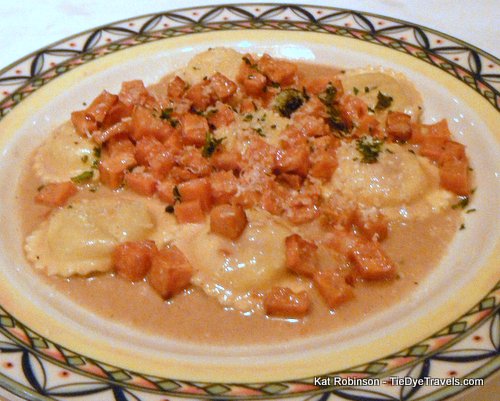 The Chianti Braised Beef Ravioli ($12.99) were our favorite, not just for the incredibly soft pasta surrounding neatly shredded and strongly flavored beef bits but for the deliciously paired cubes of sweet potatoes that had been sautéed with sage and brown butter.  The balance between the sweetness in the potatoes and the saltiness of their preparation gave good balance overall, and the dish reached not only a level of sophistication but a great number on the comfort food index as well. 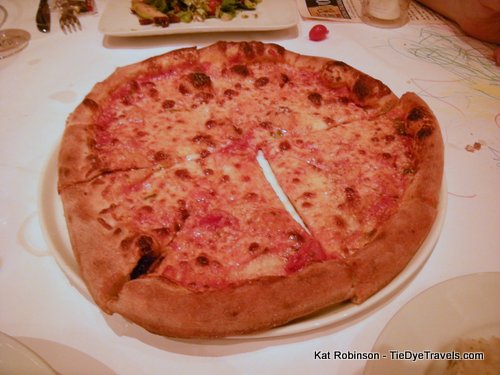 We were shocked over the size of the kids meal pizzas.  For $4.50, we were expecting something in the five to six inch range.  Instead a 10” round of cheese pizza was delivered to the table.  Other nearby tables with children shared the shock, especially the one with four kids right next to us.  Quite massive -- and if you look at the deals offered by the big pizza chains, quite competitive. 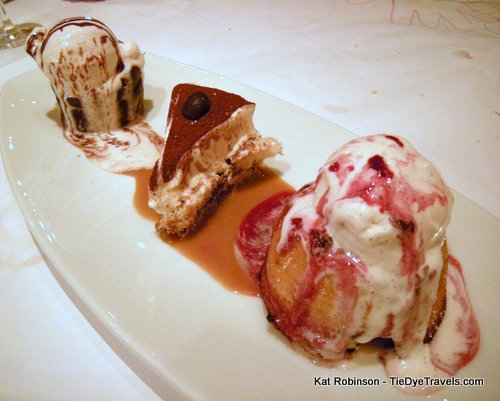 Our indecisive party ended up deciding on the Tres Dolci plate instead of a single dessert, the reasoning being that smaller desserts might not explode us.  We were intrigued by the slightly maple taste to the otherwise average tiramisu, and pleased by the almost-too-sweet chocolate cake topped with vanilla gelato.  But it was the Berry Cake that made us the happiest.  Light sponge cake dotted with raspberries and blackberries with more of that gelato on top made a great ending to an almost perfect meal. 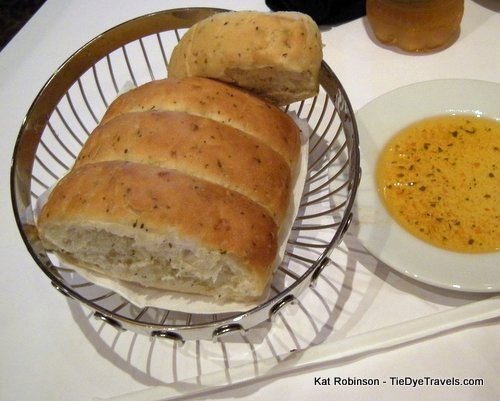 Mind you, it wasn’t a cheap meal.  Dinner for two ran in the $70 range.  For those on a budget, after scanning the menu and finding many of the same favorites there we’d encourage you to try Bravo Cucina Italiana out for lunch.