Morrison's Fried Pies are Pies for Every Taste - and Meal! 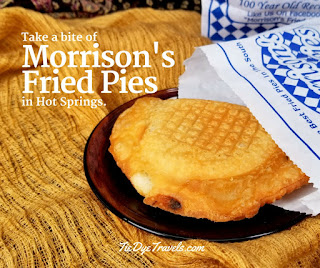 This food truck in a lot at the corner of Albert Pike and Airport Roads in Hot Springs has all the pies... including some of the best savory hand pies you've ever put in your mouth. 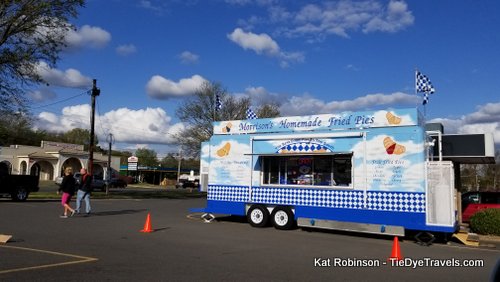 The blue trailer may not look impressive but it's full of good eats - with a selection made in the morning that dwindles through the day. That's okay. I have yet to have a fried pie from this place that isn't just delightful.

Morrison’s Fried Pies opened in January 2017. It’s a fully family-run business, with Edgar and Teresa Morrison in charge and their daughter Amber and son Timothy working alongside. Edgar spent 30 years in the bakery business before starting up this operation; he began his career in Texas. The food truck has caught on quickly, and any time you see the flags flying over the blue and white trailer it’s worth a stop. 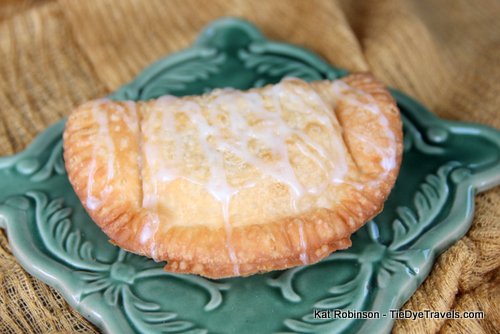 Edgar says the recipe for the dough goes back to the 19th century. Some of the fillings, such as blueberry and apple, are pretty traditional. 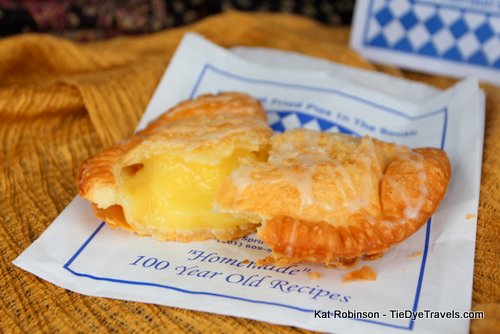 Morrison’s also has one of the best lemon cream fried pies I’ve ever tried, along with cheesecake, pumpkin and pecan. 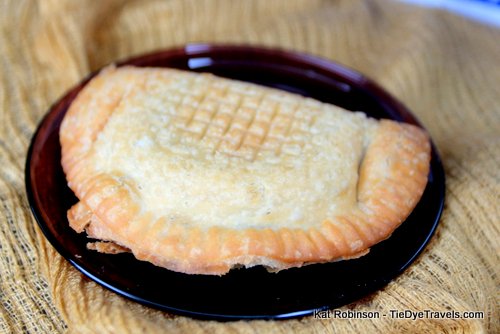 What makes it even better? Morrison’s has a full run of savory handpies as well, from beef and chicken empanadas to Natchitoches meat pies and even crawfish and Greek versions. 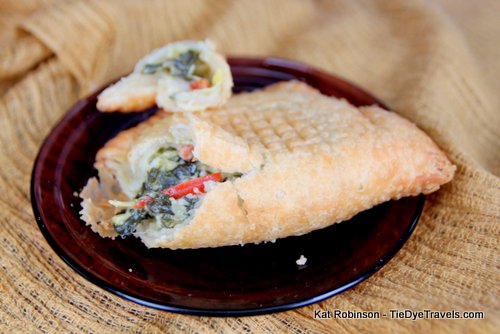 It's the Mediterranean version that really gets me - Feta, roasted red bell peppers, spinach, a really great lunch I can pick up and take with me. The Morrisons will warm it up before you leave, too. I mean, you can't beat that with a stick.

I'm finding myself making it out that way more often, now that I know good pies are on the west side of town. I'd suggest you give it a shot, too. Check out the Facebook page for hours and specials.


Morrison's Fried Pies is one of more than 400 places in Arkansas where you can get good pie. Pick up the travel guide for pie lovers, Another Slice of Arkansas Pie: A Guide to the Best Restaurants, Bakeries, Truck Stops and Food Trucks for Delectable Bites in The Natural State and take a pie tour of Arkansas!
(also avaiable on Amazon)