24 Hour Truck Stop Delights at JJ's Restaurant on I-30. 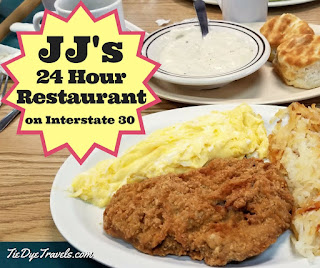 What ever happened to the old greasy spoons, the roadside eateries where you could get breakfast or a burger any hour of the day? There's still one in operation between Malvern and Benton on Interstate 30. Let's stop in at JJ's Restaurant.


Unlike a lot of truck stop diners, JJ's isn't part of the same building that houses the gas station for truckers. Instead, it's part of a complex off Exit 106, a complex complete with acres of parking for both passenger vehicles and tractor-trailer rigs alike. 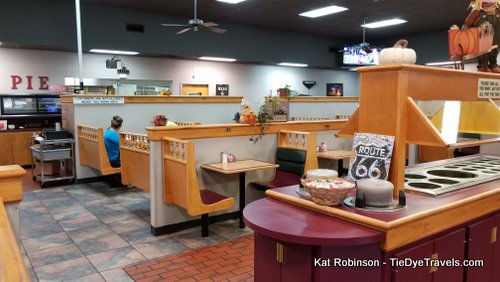 I can remember seeing the signs for this restaurant as long as I can remember, on many trips up and down Interstate 30. So it should be no shock that this is an older, classic eatery. The decor may be stuck in the 1980s, but JJ's Restaurant is clean and bright. On our most recent visit, I dropped by with friends to catch a late Sunday morning breakfast. We were about an hour too early for the buffet but right on time for a first meal knosh. After all, breakfast is an anytime concept at JJ's. 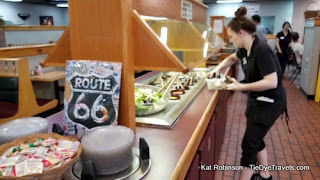 The restaurant's menu (see below) is pretty packed but features all the things you'd expect from a classic diner - ribeyes, hamburger steaks, ham steaks, beef liver, chicken fried steak, biscuits, corned beef and any manner of pancakes or eggs you might imagine. When we went in, we saw listings for the buffet to come with smoked sausages and fried chicken, but we weren't in a position to wait for that line-up. Each of us ordered our beverage and dish and began the wait. 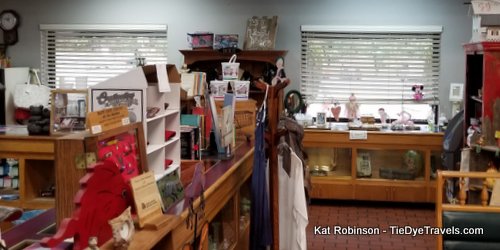 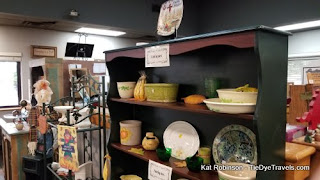 The inside of the restaurant is clad in that sort of polished pine and mauve that was very popular in the 1980s. It's also decked out with different sideboards and tables more reminiscent of an earlier time. Travelers can peruse a small selection of wares that ranges from Razorback memorabilia to kitchen kitsch. There's also a game room along the back side of the main dining room, and a telephone room too. After all, the major customers for the establishment are truckers hauling cross-country, and it's nice to have a place where you can call home in comfort. 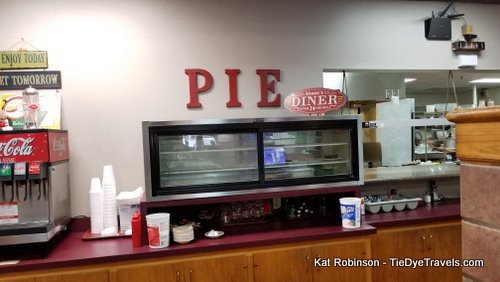 Of course, I noticed the sign for PIE on the wall - how could I not. I showed enormous restraint this visit, though, and refrained. After all, pie may be an anytime food, but it's not an everytime food.

Our plates all came out at once - a feat for a table of seven. While I missed shooting Hunter's pancake, I did capture the selections from my other diners. 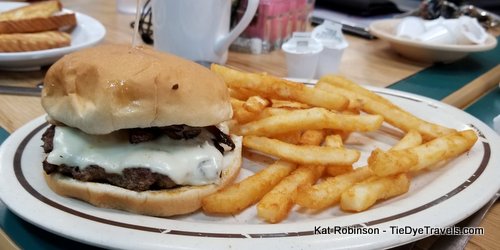 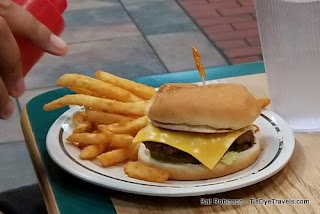 Burgers were a popular choice for our crew, and while not smashed on the griddle, these did appear to be griddle-cooked fat patties. They were served with crispy battered fries. 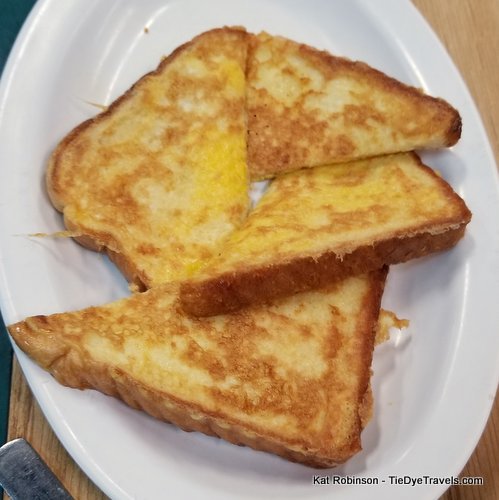 One of my companions picked up an order of French toast. 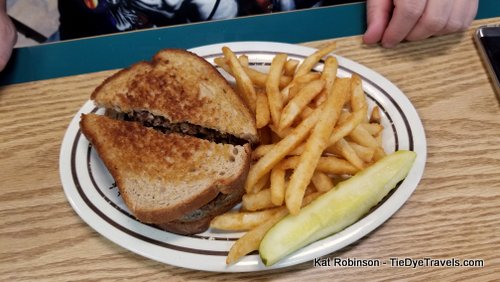 Grav went for the patty melt, and somehow got his bacon late. In fact, everyone at the table received late bacon... I'm guessing the bacon chef had his hands full. 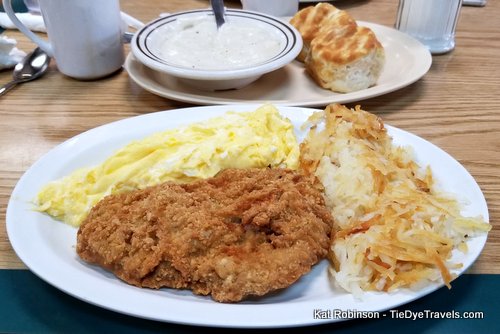 Me? No late bacon for me, of course. I chose well. The chicken fried steak was a hefty portion of golden-fried beef served up with a slab of shoestring-cut hashbrowns with a little onion. My side of biscuits and cream gravy was most welcome - especially since the gravy came via a separate bowl, which allowed me to douse just the amount I wanted on my chicken fried steak. It also allowed my daughter to claim and consume most of the biscuits and the remainder of the gravy herself - I should have ordered that for her, but she also wanted the pancake.

I was especially impressed with the soft scrambled eggs - my new favorite way of enjoying eggs - lightly seasoned and very fluffy without being chewy. Nicely done. 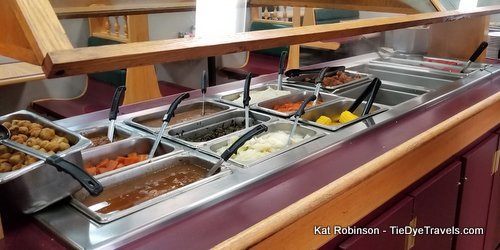 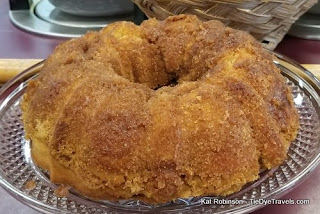 Our visit this time was short, but satisfying, and it got us down the road a bit. Next time I'm coming for that breakfast ribeye - and of course, some pie.

You'll find JJ's Restaurant on the west side of Interstate 30 at Exit 106, between Benton and Malvern. Come along anytime. 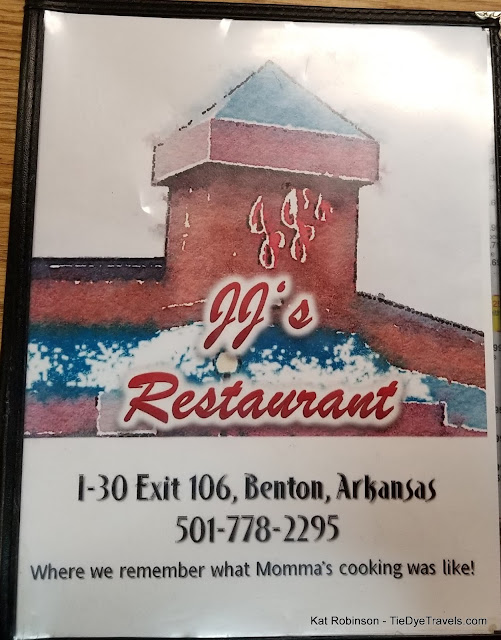 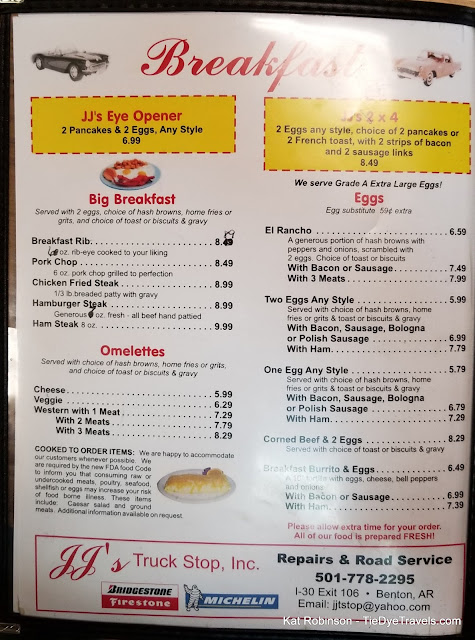 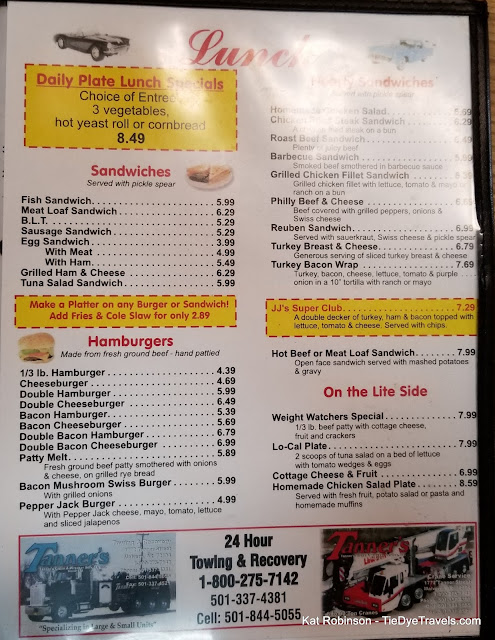 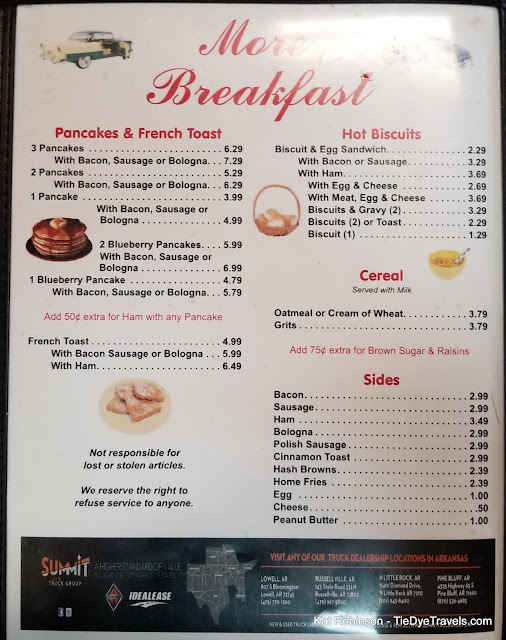 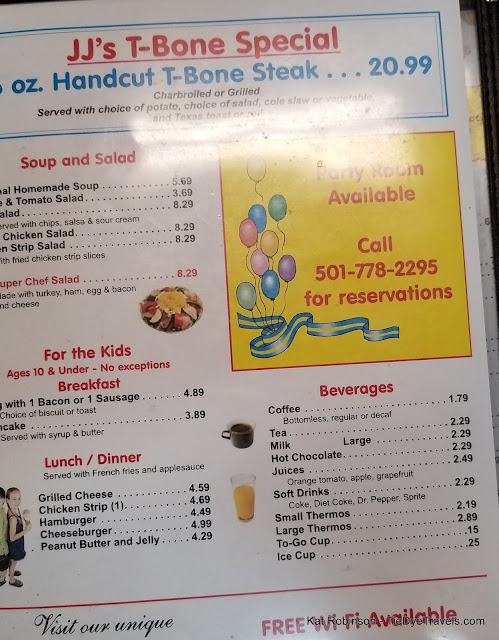 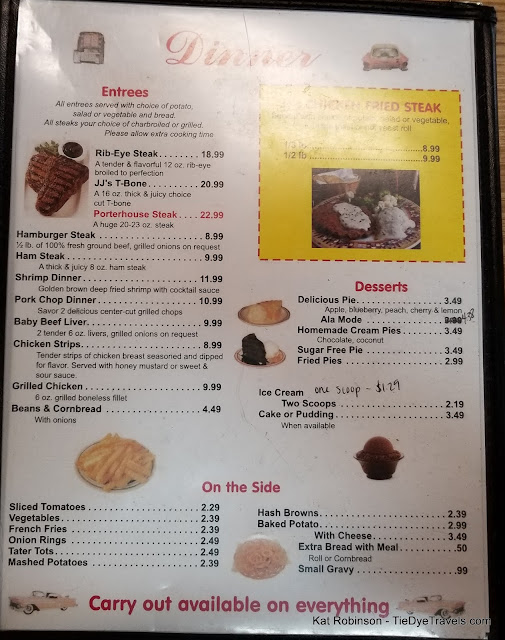