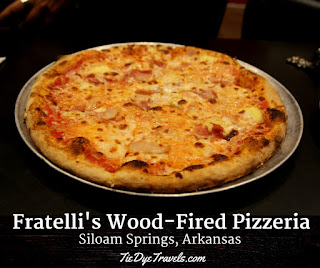 This quaint little pizza joint in the somewhat undiscovered downtown of one of Arkansas's more mysterious towns puts out one size of pizza in so many varieties. Here's a look inside Fratelli's.


I say quick bite, but that's not really right - I came to Siloam Springs to meet an aspiring travel writer and talk about the business with her. We must have spent a couple of hours commisserating over pizzas in the tiny little eatery along Broadway in the little downtown in the hollow. 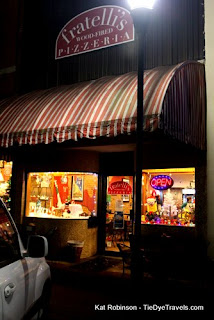 Mind you, Siloam Springs has been on my radar for a few months, and I fully intend to get back around to doing a proper piece when my finances allow. It appears to be an adorable hidden hipster jewel away from the bustle of the northwest Arkansas corridor, in sight of the Oklahoma border, and I bet it'll be one of those great burgs we can each escape to. I'm particularly seeking advice about a good cool place to stay that I can share with everyone.

But to get to the point, there were few diners this particularly cold and wet Wednesday night. I suspect the rather icy wind was keeping folks home.

And that's a shame. The joint, which I understand opened in 2009, has the feel of a mainstay. Its small dining room looks out onto a cute little street and its staff seem eager to please. 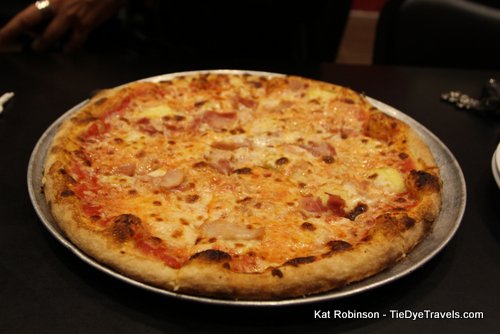 My dining companion for the evening went for the Hawaiian, a simple pie of prosciutto and pineapple on a mozzarella and tomato base. It appeared to be rather ample. 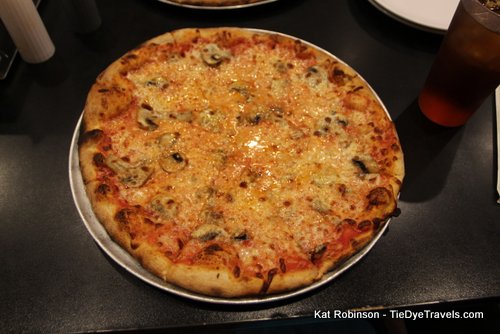 I chose the Alpine - I was craving mushrooms, and for that I chose well, with a nice smattering of meaty mushrooms atop the similar thin marinara-swept woodfired crust. What did surprise me was the nice, hearty bite of Gorgonzola cheese - a rather inspired combination that I continued to crave again days later.

I want to get back for a number of reasons. For one, I need Grav to come along and try the Nero - not only for the pork on its nicely filled surface but for the heat within. The Nero is a pie on virtual fire - with drizzles of ghost pepper and jalapeno sauce layered over fresh jalapeno, habanero and serrano peppers, hot Calabrese salami, hot Italian sausage, onions, red bell peppers, crushed red pepper and tomato sauce. This seems like a truly epic amount of firery retribution that I simply could not personally handle.

I'd also be circumspect if I didn't mention the Gorgonspeck on the menu - a pizza that pairs Gorgonzola cheese with Speck Alto Adige - a specialty Italian pork sausage that I am curious about. Ah, that'll be for a different time.

I should mention that all of the pizzas at Fratelli's are 12 inchers - and they're priced accordingly, mostly $10-12 each save the Nero, which is $18. 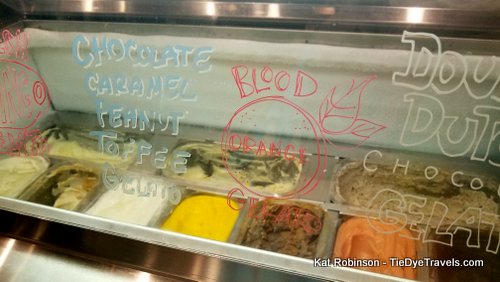 When I do return, I will make sure not to fill up on pizza and conversation, since I totally missed out on the gelato that called to me. There were several house-made varieties, including blood orange, double dutch chocolate and, I kid you not, chocolate caramel peanut toffee. Next time.

If you want to beat me to it, head up to Fratelli's at 118 South Broadway in Siloam Springs. It's open Tuesday through Saturday. You can call (479) 524-0766 or check out the website for more information. 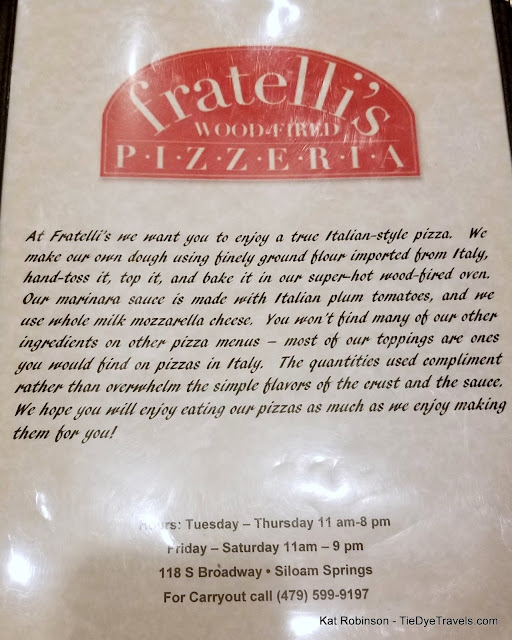 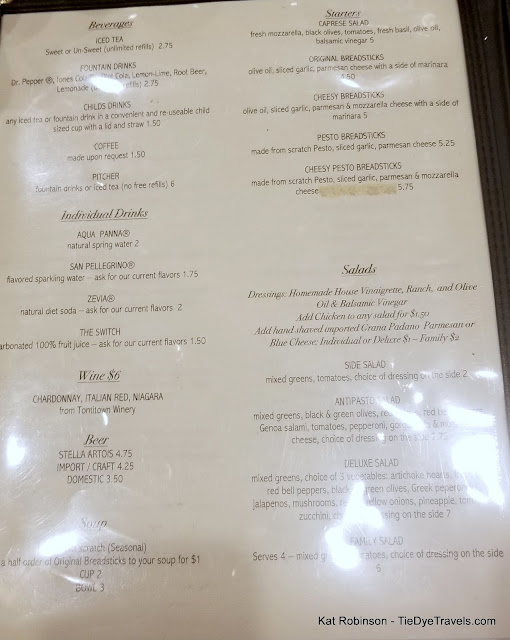 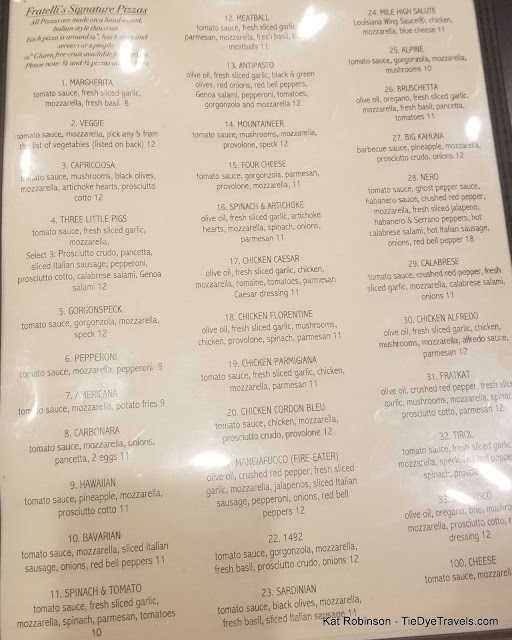 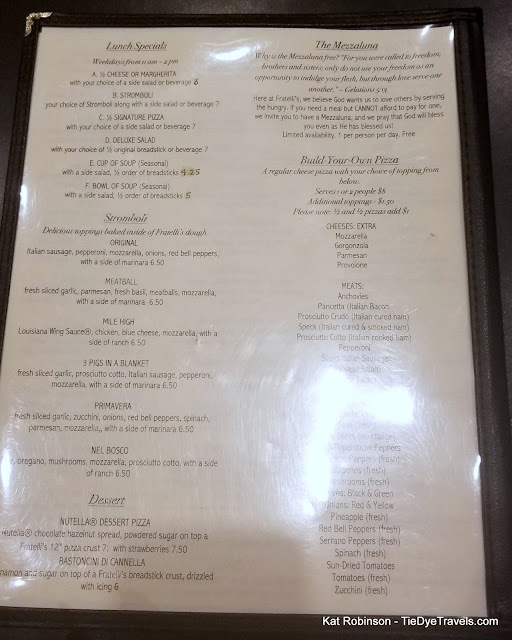