The 1980s Are Alive at Cavanaugh Pizza in Fort Smith. 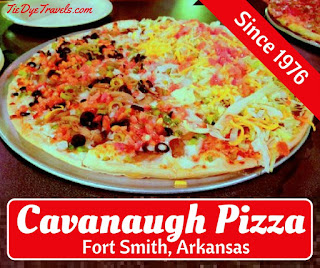 Feeding a family cheap is a hard task today - but one Fort Smith classic manages to offer some pretty fantastic pizza for not much. Let's head back to the 1980s for a look inside the timeless Cavanaugh Pizza.


The original pizza joint and its thin crust delights came about in 1976, but the vibe you get when you 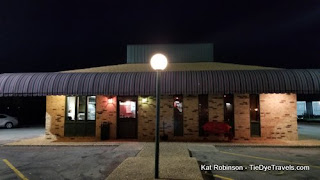 walk in the door is common to any of us who grew up in the 1980s - the old Pizza Inn-style corridor entry between the kitchen and the dining area, the formica-edged salad bar, the video game consoles in the upper room. This Fort Smith joint manages to bring back all those thoughts quickly and easily once you enter. 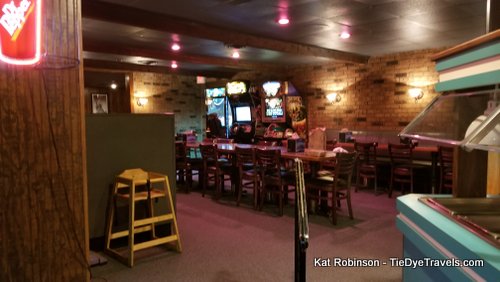 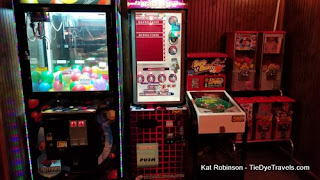 But it's not just the layout. It's the red dining room lighting (that, I will admit, made shooting and editing these photos extremely difficult), the thin-slit windows to the outside world, the booths, the hum of 80s music from a hidden jukebox. It's also the scent - that yeast-and-marinara flavor that wanes between whiffs of dry parmesan and crushed red pepper flakes, shared over generations within this very building. 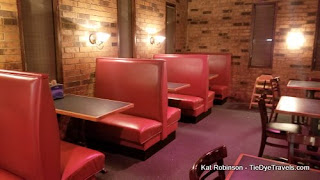 And then it comes in the menu. While so many other pizza places are developing new ideas on pizzas, bringing in fantastically unusual items and combining them with odd sauces and new types of crust, Cavanaugh Pizza saunters on. In fact, the thin crust pizza you get today likely tastes no different than what it did back then - cracker crusted dough with a marinara blended down to smoothness smeared with the back of a spoon and covered with mozzarella shreds, the same way it's been done for ages.

Mind you, I know of at least one change that must have happened at one point. Cavanaugh uses roller ovens - most chain operations do, too - instead of the old flat gas-powered ovens you needed the paddles for back in the day. I recall those fondly - I worked at the Pizza Inn in Russellville when the ovens were changed out, and though it's not a big difference it is still, indeed, a difference. I think the main reason Cavanaugh manages to keep the same sort of flavor is because it's throwing its crusts really, really thin. 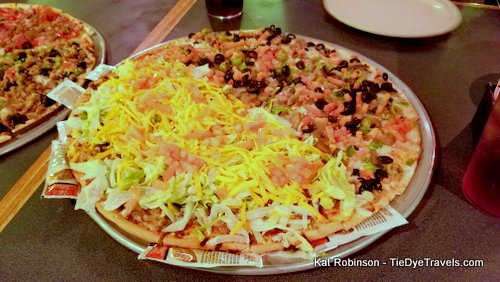 The other wave of nostalgia comes from the selection of toppings and their variations - which also means I need to tell you about my two favorite pies. Cavanaugh's does a mean Taco pie with real, all-beef seasoned taco meat. It comes just like it did when the pizza first started making waves in the early 80s - with shredded yellow American cheese, lettuce and tomato laid over a cooked base of taco meat, a little taco spice on the marinara and mozzarella. The crispy crust just adds to the crunch needed to pull off such an endeavor. The pizza comes to the table with taco sauce, too. 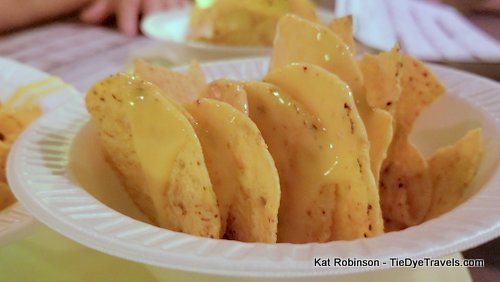 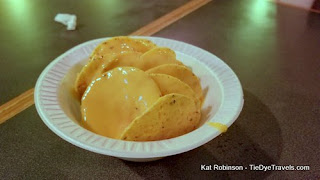 Taco pizza goes along with the other thing that every dine-in customer of Cavanaugh Pizza already knows about - nachos. Every diner gets a bowl of tortilla chips covered with nacho sauce when they sit down. This lagniappe's a little unusual, and it's reminiscent of another 80s delight that spread quickly - nachos at baseball games and movies. Before that decade, popcorn and peanuts were cinema and ballpark fare. There's really nothing different from these first-bite nachos and what you'd get back then. 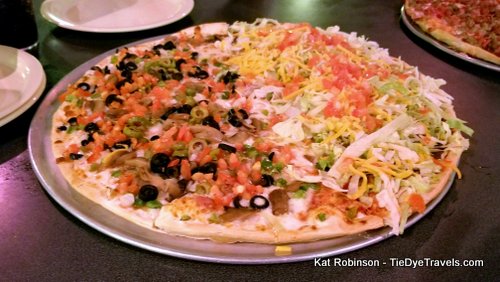 My other favorite - and the favorite of a lot of folks I know - happens to be the veggie pizza. Cavanaugh Pizza's marinara and mozzarella pairing is great with the vegetables on the menu - the tomatoes, black and green olives, green bell pepper, onion and mushrooms. It's almost a meaty bite to the pie, thanks to the conglomeration and generous proportions of vegetables on the crust, and it's always a winner. 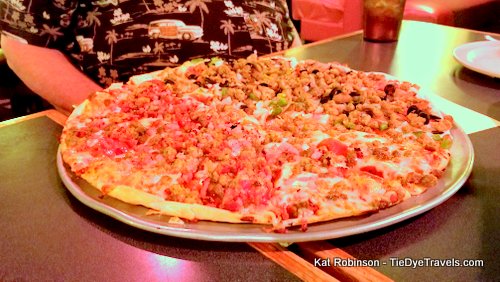 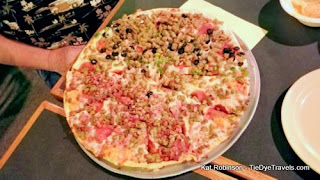 When I go with Grav's folks to dine at Cavanaugh, we usually get a half-and-half of Taco and Vegetable pizzas - but because of the eatery's standard practice, we are not limited. That's because at Cavanaugh Pizza, one price will get you two pies. The other pie that usually comes to table is a half-and-half of All Meat (sausage, Canadian bacon, beef, pork, bacon and pepperoni) and Supreme (pepperoni, sausage, mushroom, olives, onion, green bell pepper and olives) - two more era-appropriate pizzas for the location.

In fact, the only out-of-place pizza on the specialty menu is a spinach alfredo - which is really more of a 90s thing, but I'll overlook it. 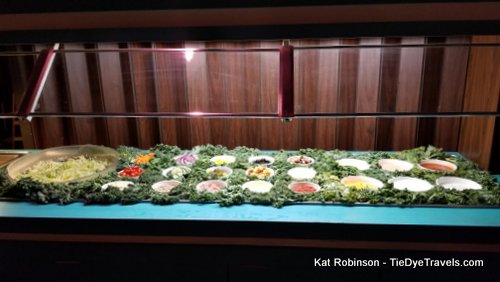 Cavanaugh's also keeps alive another 80s innovation - the pizza buffet - and does so really well. There are few places where you can get all the pizza, salad and drinks you want for under $8 (kids under 10 can also have the buffet, assessed at 60 cents per year of age). It's not just pizza and salad - there are also enchiladas, chicken pot pie, pasta and a couple of soups. The buffet is available every day at lunch and Sunday through Thursday nights for dinner. 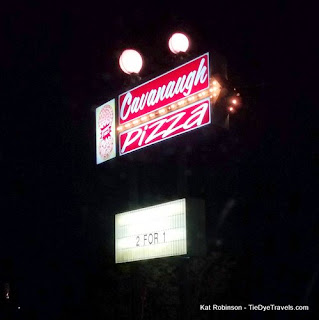 Mind you, this isn't designer pizza or farm-to-fork dining. But if you're looking for a place where you can feed a family for less than $30, this is one of the few remaining places to do so.

Check out this classic Arkansas restaurant by heading to 3111 Cavanaugh Road on the south side of Fort Smith (off the US 71 exit west of I-540). You should also take a gander at the restaurant's Facebook page for coupons before you go. And if you want to place a delivery order, call (479) 646-2996. 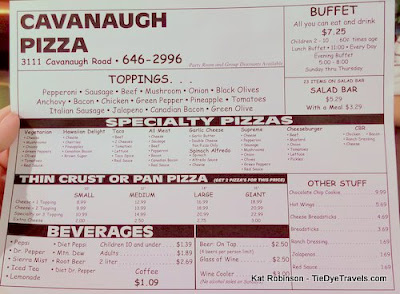