On Top of Hillberry - Magic at The Farm. 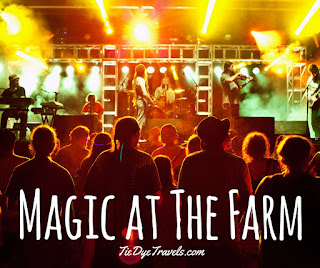 Atop a mountain north of Eureka Springs, abutting the Mark Twain National Forest, you’ll find an undulating field and a gigantic stage.

This is The Farm.
And on August 20-23, The Farm will be the site of a festival that unites bluegrass and the music of the Grateful Dead to a couple thousand grateful fans.  Right now, though, it’s a somewhat overgrown field of dreams.

The analogy is apt. 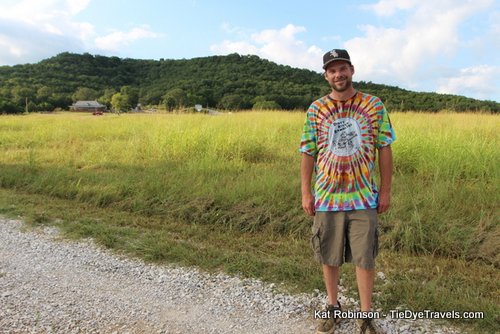 This is Jon Walker. He’s been a fan of the Grateful Dead since he was 15. He originally grew up in Chicago, but has been in Arkansas for about 14 years now.  He works in Rogers.  A couple of years, he purchased this 160 acre compound close to the Beaver community. “It’s got some really great, gorgeous views. From up on the back side here, you can see mountains on every side. It’s hard to find this much flat area in Eureka Springs!” He laughed. “It was an Arabian horse farm before I had it. I see turkey, I have 10-15 deer out here every day.”

This year, he’s already put together two festivals at The Farm. Back in May, Walker hosted the Phunkberry Music Festival, which brought about a thousand people to the mountain. Some of the attendees constructed a shrine to Jerry Garcia on the side of the mountaintop at the back of the property. 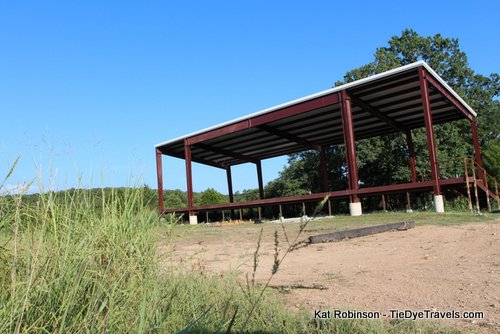 On one fence line, Walker has rigged electrical outlets to serve vendors who will in turn serve the masses that will come. He’s also run a road back through the property, crossing a couple of pastures and looping through a wooded section for campers who might prefer the shade of trees. The music will come from a 40 x 70′ pavilion he’s had constructed at the south end of a large pasture.  There will be a hydration station available.  There’s already a barn with a general store inside, and a shower house that anyone can use. The tall grass will be cut, hay will be set down and the venue will be ready to go. 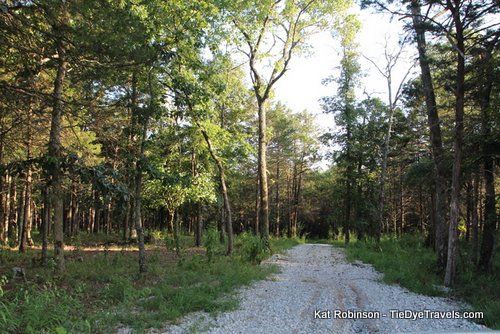 “I want the smaller type music festivals. I don’t think I’d want something the size of a Wakarusa.  I like the intimate experience, so I don’t have multiple stages going.  Lately I’ve been focusing on the genres of music, so we had the funk with the Phunkberry festival, Hillberry has bluegrass. Highberry (another festival Walker runs that’s hosted at Byrd Adventure Center near Cass) is cool to me, because that’s just a big collection of folk and music.” 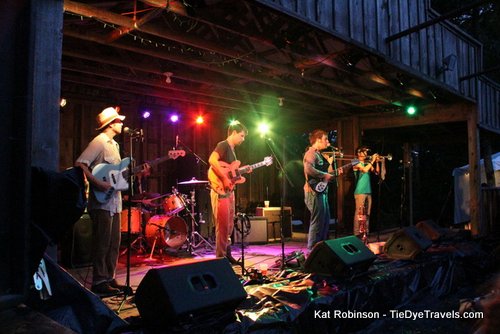 The upcoming festival will feature The Schwag as its headliner both Friday and Saturday nights, along with The Hatrick, Foley’s Van, Mountain Sprout and several other acts.  There will also be a lot of on-site activities, such as yoga, juggling and hoop workshops, a kids tent and a Saturday morning Chompdown.

It’s not just about the music, though.  Hillberry will offer a chance to experience more of the area.  Riverview Cabins and Resort will run shuttles from The Farm to the White River three miles away, where you can rent a canoe for $40 and enjoy the river — and to Beaver Lake, which is about five miles away, for those who want to go swimming.  And while alcohol won’t be sold at the event, attendees can bring their own or ride the shuttle to the Riverview General Store to pick up supplies and fishing licenses, among other items.

Walker is, as you might expect, looking forward to the festival.  “This has been a little bit of a hobby for me that has turned into having two jobs.  But I love music.  This is my passion.”

You can find more information about the Hillberry Music Festival here.
To purchase this article, email Kat Robinson at 8/12/2015 12:56:00 PM