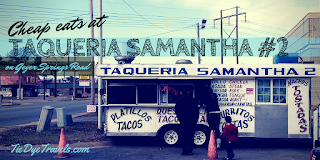 There are a lot of great places to get burritos in Little Rock.  After all, the city is home not only to a thriving Mexican community but also to a generation of well-known Ark-Mex restaurants and new, trendy places offering south-of-the-border fare. But the largest, and perhaps best, burritos in the city come not from one of these brick-and-mortar establishments, but a food truck.  Or more specifically, two. 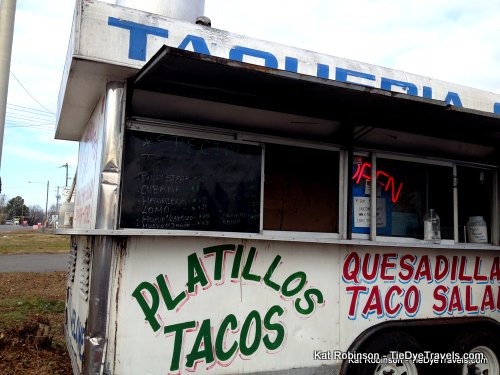 There are two food trucks out there going by the name Taqueria Samantha – or Samantha’s Tacos. Taqueria Samantha 1 is a plain white food truck that goes different places each day.  Taqueria Samantha #2 is always in its spot on Geyer Springs, in the parking lot of a party store that sells inflatables that’s also previously housed a daycare and, way back when I was a kid, the post office. 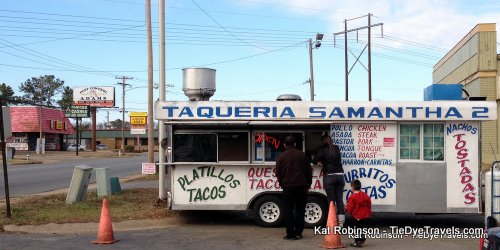 Taqueria Samantha may not be much to look at from the road, but there’s always someone standing at its counter or sitting in a car nearby, waiting for an order. It offers tacos, of course, a variety of different meats and vegetables in five inch tortillas.  There are tortas (sandwiches), nachos and salads, and they are all good and cheap.

However, the thing to get is a burrito.  You only need one.  You have a choice of fillings – asada (steak), barbacoa (pot roast-soft beef), pollo (chicken), pastor (pork), carnitas (also pork) and lengua.  Lengua, by the way, is beef tongue, and most other places tend to be stingy about parceling it out.  It is a delicacy, after all. 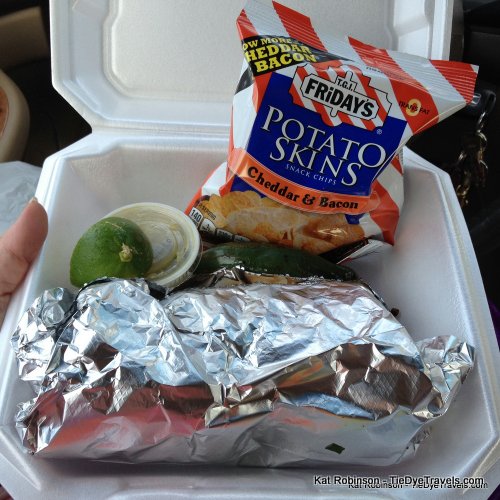 But at Taqueria Samantha, there is no getting around it.  Burritos are large. They’re packed with your meat of choice along with rice and beans and seasonings and grilled onions and peppers.  They are two-handers, maybe more than that, since you can easily slice one in half and have enough for two people.  They are multi-meal burritos. 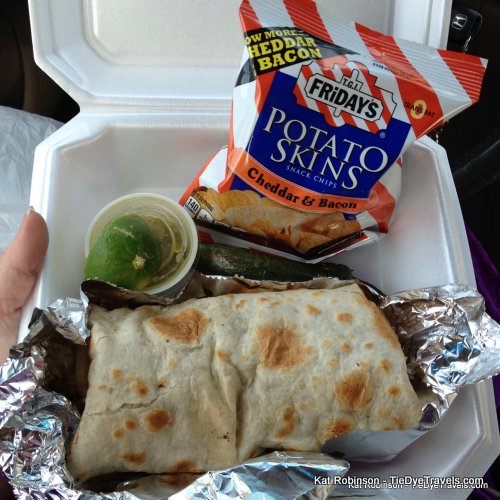 They’re served with a roasted jalapeno pepper, which sometimes I squeeze for a little kick.  They also come with a slice of lime, and if you choose you can also have some of the light green tomato salsa that brings everything together.  Burritos, like other dinner items on the truck, are packed into clamshell boxes with these items and a bag of chips.  Usually, they don’t even ask which bag of chips you want.  That’s cool, too. 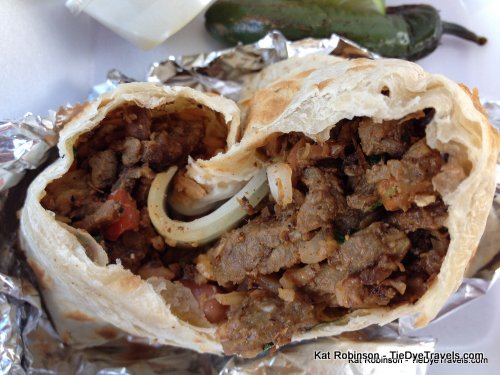 Best of all, it’s just $7.25 for that box, including tax.  What you walk away with is the certainty that your belly will be full the remainder of the day… and that’s just marvelous. 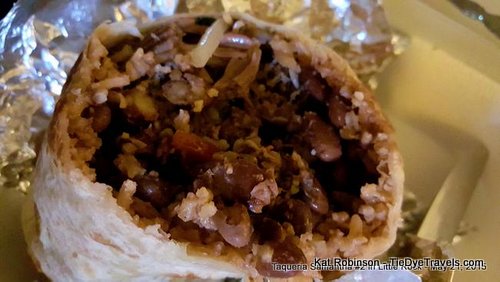