A Snickety-Snack at Pirate's Cove Cafe in Greenland. 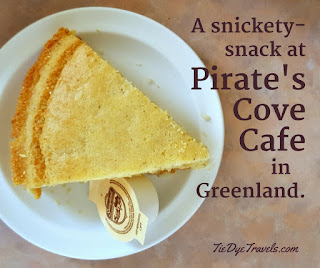 At the end of a whirlwind trip through northwest Arkansas, Grav and I found ourselves a bit munchy. So we pulled in at a friendly looking cafe south of Fayetteville for a quick bite.


The place: Pirate's Cove Cafe, a local joint not far from the high school. Our end-of-lunch arrival could have meant burgers or salads or the daily special for either of us, but we were having none of that. Grav wanted himself some beans. 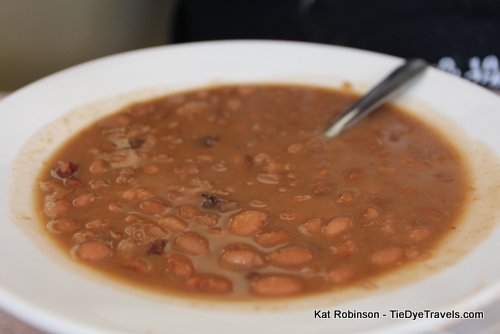 And beans he got, along with a slab of cornbread. The bowl of pintos with their little ham ends was one of those extraordinarily filling snacks, which was a surprise to me - not the dish, but the fact that Grav would gravitate to it on the way to Fort Smith, where we were already set for a visit to the Dairy Dream in less than an hour.

Grav loves beans, though. I paid for that later. 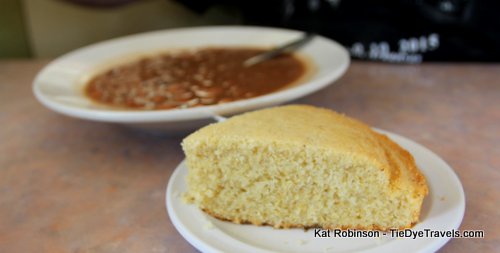 The beans came with a slab of slightly sweet, slightly dry cornbread, perfect for soaking up beans.

Well, I was snacky too, and you know me - I had to see what the pie was like. Here, the pie available was not on the menu. Our waitress let us know it was... 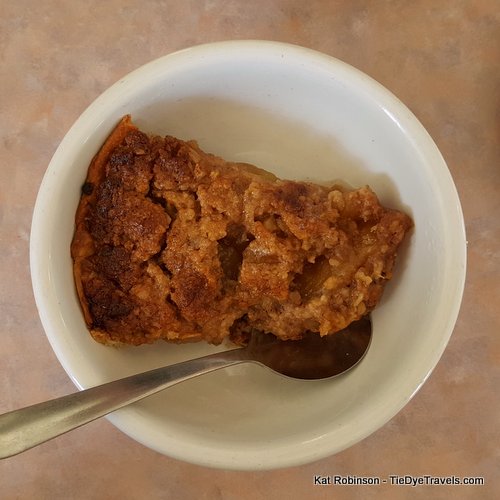 Apple crumble pie. Well, that's a new one for me. Not a Dutch apple pie with its streussel topping but a real crumble in a pie crust. It was a different take and a definite surprise of a good sort. The apple filling was rich but balanced well with the almost cookie-ish crumble of the top crust. 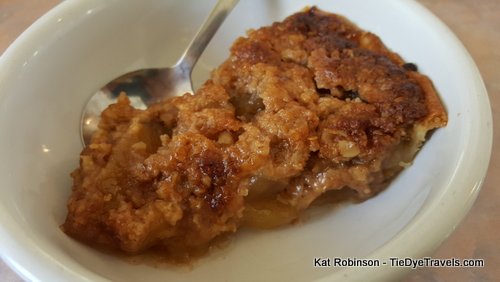 As I said, this was just a snack before the big event of the Mountainburger to come, but we've marked Pirate's Cove Cafe for another visit in the future.  You'll find it along the main drag at 201 North Main Street in Greenland (though the postal address is still Fayetteville). For more information, call (479) 435-6540 or check out the Facebook page. 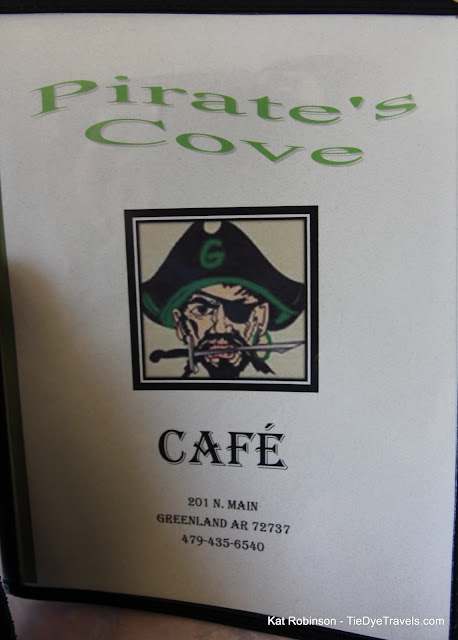 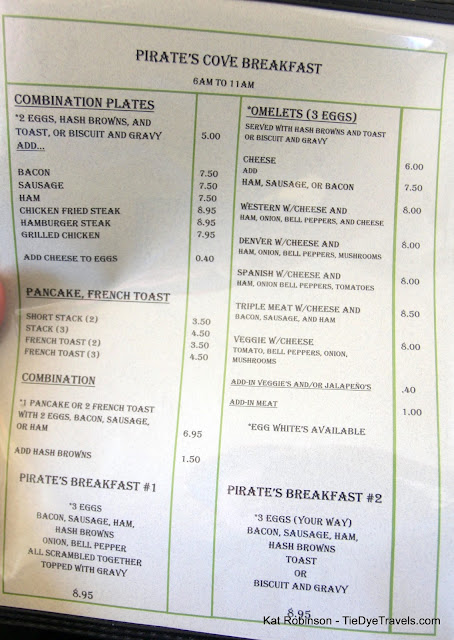 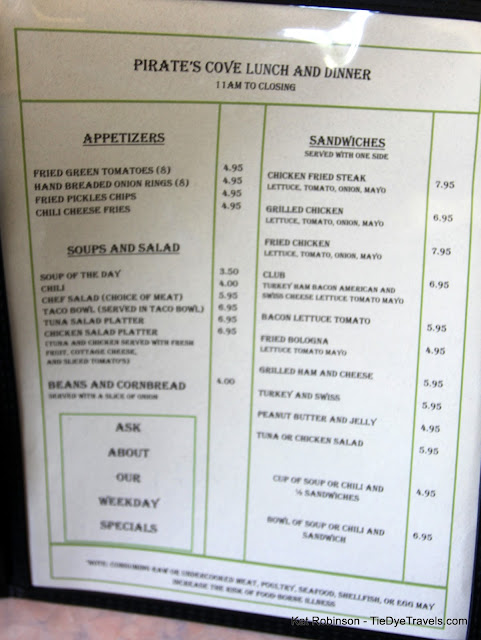 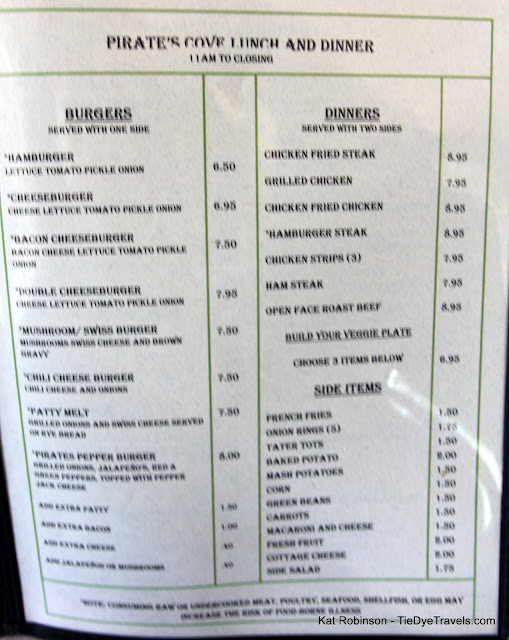 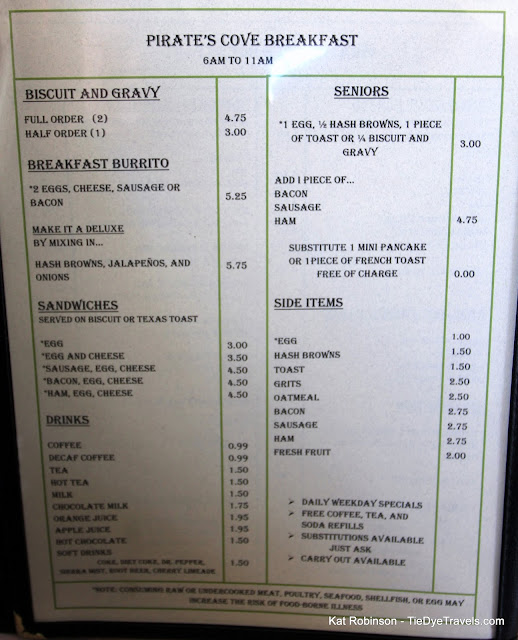