The Last Days of Album-Oriented Rock. 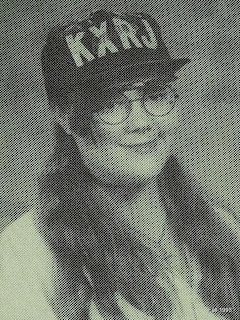 When I was growing up, I wanted to be a radio DJ. At the time, all disc jockeys seemed to be guys (hence the term “jockey”) so I didn’t figure I’d ever actually do the job, but the idea of being the person spinning the records and talking to thousands of people in their homes and cars was exciting.

I grew up in the infancy of FM radio. Steely Dan’s song with its bright “no static at all” pronouncement is still one of my favorites. I wouldn’t get my appreciation for AM radio for another decade or so but I loved to listen to the music on just about any station out there.

My break came when I arrived at college and started working at the college radio station there. I met my husband there. I spent hundreds if not thousands of unpaid hours (one credit per semester) digging myself into the mechanics of radio. I played my own novelty show at night, classical in the daytime and jazz in the afternoon. I was smitten.

Those early days took me into other stations and eventually to KARN Newsradio in the mid-90s. Though I longed for the freedom of choosing my own music and romancing the airwaves, I settled for and started to enjoy writing and collecting the news for broadcast. The job there would lead me on to my first television job and to bigger and better things.

There was a romance to being on the air back in those days… back when the playlist was loose and the music was rolling. I started out with vinyl in 1991, even though the world seemed to know by that point that compact disc was the way to go. Late nights in a pizza and Jolt cola induced haze (or pick your poison), finding the perfect follow-up to each single and answering callers, taking requests and dedications or just listening to what they had to say. Seems crazy anyone could make money that way.

Apparently the big corporations feel that way too. In the past decade and a half so many of the stations around here have gone to automation and a standard playlist. With some, I could go to almost any other major city in the US and find a station playing the exact same playlist over and over again. With others… well… outside of a few personalities here and there… I dunno. There’s just not much old radio out there. 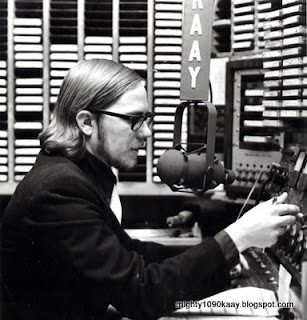 That’s part of the reason I listen to Beaker Street. Clyde Clifford’s show’s been running on and off since 1966 -- before I was born, indeed -- first with KAAY and then with KZ 95, which became Magic 105, and today with The Point 94.1. It’s the oldest such show between the coasts. Yeah, it’s a little spacey and sometimes what I hear at some point or another just doesn’t agree with my ears. But that’s the gem of it all. It’s album-oriented rock, and that’s what I grew up on. Today what you hear is single-driven -- how are you really going to tell if the album’s any good if you only hear what some record executive thinks you want to hear? Oh, don’t get me started.

The Point has decided to drop Clyde’s show after its February 6th broadcast. The powers that be over there say it’s a purely business decision. I’ve been the victim of purely business decisions myself over the years, and it’s a shame when the bottom line begins to be more important than everything else. But that seems to be the way things are these days.

I don’t want to lose Beaker Street. It’s been a soundtrack for a good part of my life. Clyde’s introduced me to all sorts of musical craziness that’s stuck with me over the years. I’m hoping that if The Point doesn’t figure out a way to keep him that one of the other big stations around here offers him enough to bring his stacks and stacks of wax, the turntables and whathaveyou on over. Beaker Street is in so many ways living history, a part of what makes Little Rock and even Central Arkansas what it is.