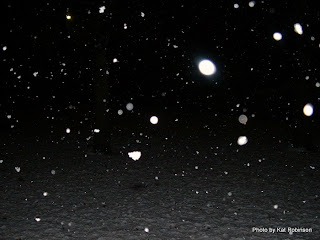 Last week’s snow warnings were just another reminder of how much my life has changed in the past couple of years. These days the hardest decision I have to make is whether or not I need to travel for work… and if I want to stay home I can do it.

That wasn’t the case back in my TV days. Too many years there when everyone was heading home ahead of (or in the midst of) a winter storm, I was heading into work to handle school closings and put a newscast together. Sometimes I got to go home the next morning. Sometimes I didn’t.

I was a morning show news producer for eight years with Today’s THV. My job did lead to a lot of fun and interesting meetings, events and happenings. It also lead to my longest ever trip ever down I-630 -- five hours. That was back on December 12th, 2000. My husband Paul was the morning show producer over at KARK at the time, and we’d both seen the forecast. That Tuesday morning we’d gone home to get a few hours of sleep and then set out from our apartment to head to work around 12:30 p.m.

We figured we were ahead of the storm; we were wrong. We also hadn’t figured on just about everyone and their dogs also hitting the interstate at the same time. It was slow going -- about 20 miles an hour from the Rodney Parham exit to Cedar/Pine. The freezing rain was coming down hard with pellets of sleet and sometimes even what appeared to be snow.

We debated getting off on the Woodrow Street exit but figured the side streets would be icy. About 100 feet beyond the turn we came to a dead halt… and that’s where we stayed for the next four hours. In a strange time before either of us had a cell phone… we debated attempting to walk to work. In the end, traffic did eventually move. I dropped Paul off at work around 6:30 and made it to THV around 7:30. We ended up being kept at different hotels downtown -- Paul at the Excelsior and I at the Doubletree -- for three days in-between shifts. We managed to get home on Friday and spent the weekend huddled around the fireplace, not even daring to venture out again.

It’s rare that we get anything that debilitating in Central Arkansas. The mere hint of such a weather situation sends folks to the grocery stores by the thousands. For some reason, there’s this need to stock up -- because heaven forbid you have to stay home without sandwich fixings for three or four days!

Back in those days, all a producer did when the show was on was produce the show -- make sure the director knew what was going on and keep everyone on time. One particularly light week I was sitting in the control room during the show with Jerry Don Birch. He was our director for oodles of years until his retirement. While Jerry Don called the show I’d take notes, check time and doodle.

Tom Brannon was going on about a possible “snow event” and making comments about how bread and milk would be flying off the shelf soon. He then went into the Bus Stop Forecast -- one of many specialized forecasts we had back then. And it hit me -- why not have a specialized forecast for a snow event?

I drew out three panels and was about done with them by the time the show had ended. It got a grin from Jerry Don and a couple of guffaws from the guys in the control room before I took it out to Tom to show him.

It may not have been genius, but it was funny. The graphics guys made up the panels into images that could be inserted into the “weather show” and we used them… once that year. Apparently my idea had come a little late in the season. The next winter we only used them a few times but when we did they were funny. 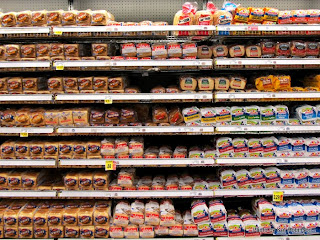 We went through a graphics package change in 2005 and somehow the panels got lost. But I kept that drawing in my drawer, fully intending to have new graphics made up at some point or another.

Of course, I left in September 2007 to begin this adventure. But it never fails -- when snow or ice threaten the weather, Paul and I look at each other and joke about whether it’s time to pull out the “bread-o-meter.”

I was thinking about that "breadcast" when I went to the store Thursday morning. My daughter Hunter is going through milk at the rate of half a gallon a day right now. I know that could change any day now (this seems to just be since we returned from vacation) but I figured getting an extra half-gallon would be a decent idea. Besides, she was running low on diapers.

I took my camera in, expecting to find denuded shelves in the bread aisle. Instead, I was quite pleased to not only find the shelves stocked but a stockman standing nearby with a full rack of bread. I glanced at him and took a photo of the bread.

“We learned our lesson,” he told me.

“It’s good to see y’all’r on top of things,” I answered, starting to move on.

“Yeah, we know to have plenty on-hand, thanks to the breadcast.”

I almost asked him where he came up with that word, wondering if the station had revived the practice or if maybe the word’s just sunk into the local vernacular. But it did make me smile. 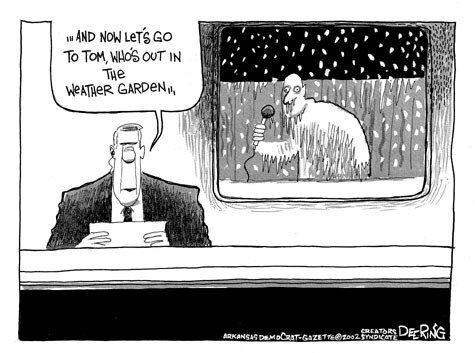