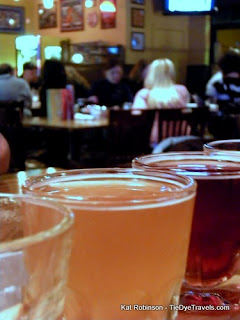 Yeah, it's a chain operation.  There are places all over the U.S.   But Old Chicago Pizza isn't just another Pizza Hut or Pizza Pro or Papa John's.  There's more to this pie than meets the eye.

Part of that is that it's not all about the pie.  It's also about pasta and beer.   Lots of beer.  To the tune of 110 different varieties available.  That, my friends, is a lot of beer.

The restaurant does "beer flights," where the drinker gets four 4 ounce glasses of different beer on a paddle to sample. The one you see pictured here is the Old World Flight (minus a few sips). For someone searching out their next favorite brew, I suppose it's a pretty good idea. 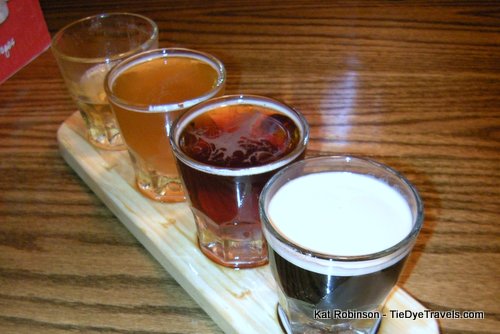 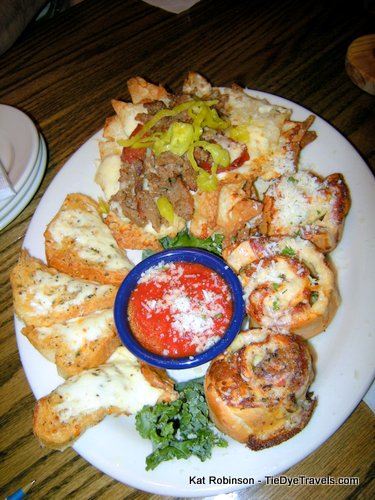 We've tried the Signature Trio ($9.49) off the appetizer menu. And as far as appetizers go, they're pretty neat. I can easily see someone making a meal off the cheesy garlic bread, the pepperoni rolls and those Italian nachos -- which, by the way, if you aren't able to eat pepperoni or Italian sausage, they'll make with beef instead. Very nice of them. But you want to know about the pie. Fair enough. 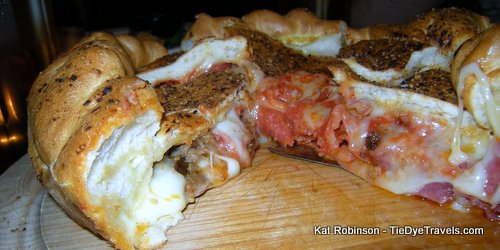 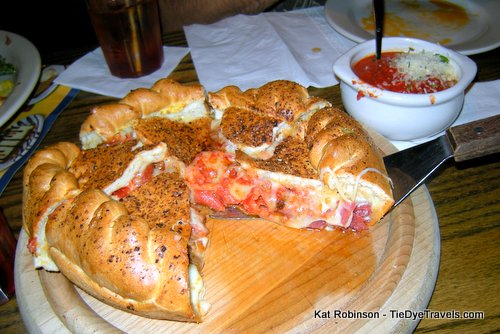 Old Chicago does an especially thick-crusted pie, in two varieties -- stuffed, like the Chicago Seven stuffie shown above ($16.99) with its cheese and Italian sausage, pepperoni and vegetables on the inside. 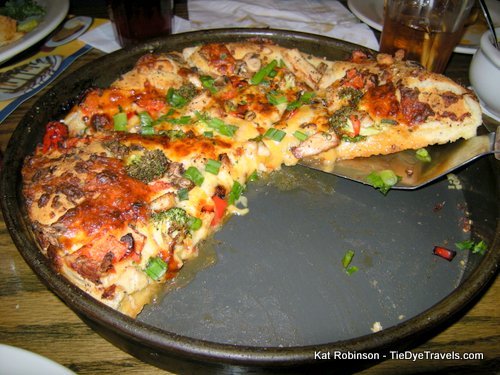 There's also the traditional non-stuffed pies, like the Thai Pie ($15.59 medium, $18.99 large) with its blessings of roasted chicken, onions, teriyaki and Mozzarella and Cheddar and Thai red chili pizza sauce. If you can call that traditional. The dough is very much on the yeasty side, thick and chewy, enough to keep you filled for a long time. Oh, they do offer thin crust, but it's not pushed like the "Chicago" style. 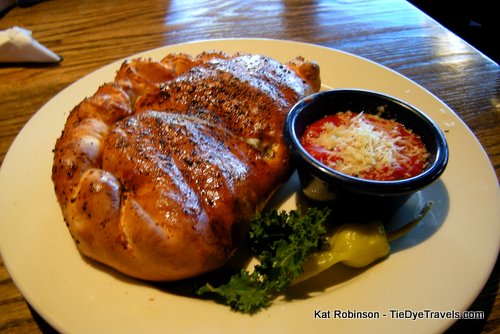 Calzones are made with that same thick dough, hearty and just about all you need for a lunch. 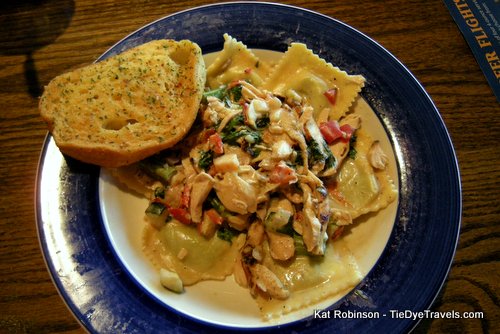 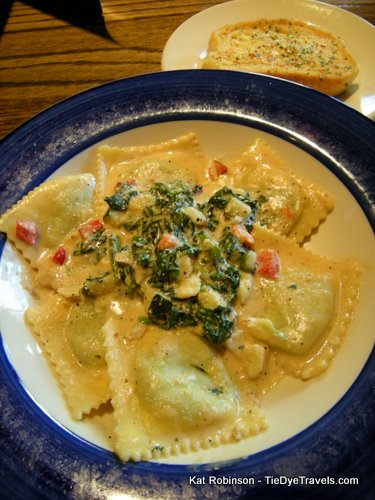 The restaurant also does steaks, chicken, fish and chips, sandwiches and pasta, like the pictured Grilled Chicken and Spinach Ravioli ($11.19) -- which isn't ravioli stuffed with chicken and spinach but the two main ingredients sauteed together and poured in a sauce over cheese ravioli.

And then there's dessert. 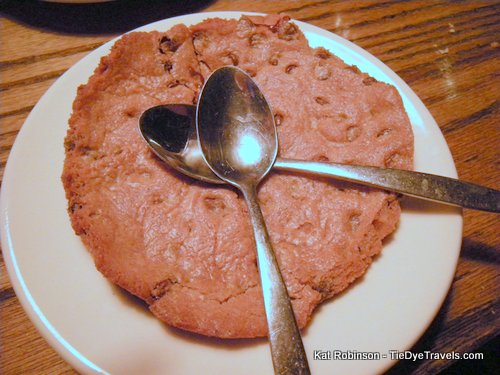 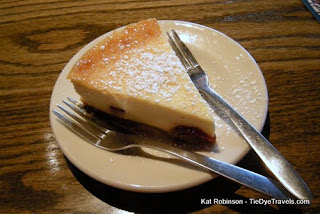 The place offers several sorts of desserts, including a cheesecake they claim takes two days to make and the Famous Big Cookie, served up in a hot pizza pan. There's something to be said for the simple elegance of the Little Big Cookie ($2.99, serves 2), though -- if for nothing more than it's a hot chocolate chip cookie that you're not going to take home in a box. In hindsight, I can't remember why in the world we would have ordered it without the "a la mode," considering that a cookie this big is begging for dairy. 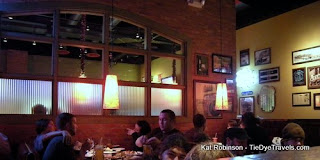 My experiences with Old Chicago Pasta and Pizza is from the Conway location; a new location's just open in North Little Rock on Warden Road. Pretty decent for a chain. You'll find the Conway location at 1010 Main Street (next to the defunct Doe's Eat Place). It opens at 11am each day and keeps on going to midnight or later. (501) 329-6262. The North Little Rock location is at 4305 Warden Road... (501) 812-6262. And there's a website with all sorts of details.