More than Mexican at Faby's in Conway. 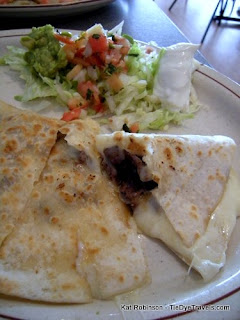 Have I kept any good-eating secrets around Arkansas to myself? Well, yes, I guess I’m guilty of that. Mea culpa. I haven’t shared Faby’s Restaurant with you.

There are actually two Faby’s, one on Dave Ward Drive and the other on Front Street in Conway. Been to both. The eclectic mix of Mexican and Continental fare seemed a bit of a stretch before I went, but I can happily tell you it’s a good combination.


What I really need to tell you about, though, are the tortillas… hot, soft tortillas that are handmade from scratch each day. How can I convey that? They’re as flavorful as a good savory pie crust, but not so much that they distract from whatever you put them with. They’re just… they’re just good, darn it.

That’s not all Faby’s has to offer. 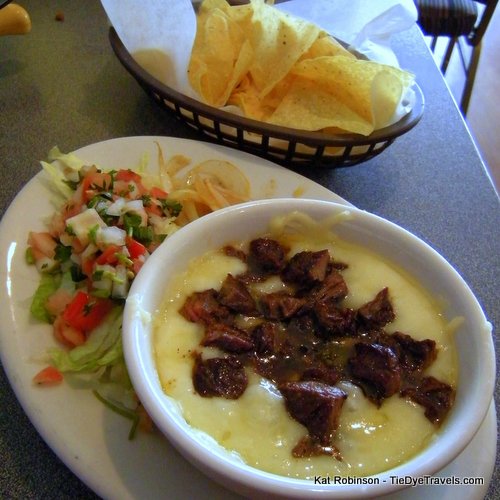 As I mentioned, I’ve been a few times, and I’ve had the opportunity to try many of their items. One great starter is the Fajita Queso ($5.49). Now, of course like all good restaurants you get chips and salsa when you go in, and the chips are hot and fresh and thin and the salsa is thick with tomatoes and cumin. Add Fajita Queso and you have a meal. That’s a very thick white cheese dip with chunks -- big, half inch cubes -- of beef (or chicken if you want) fajita meat in there. Because the chips are thin, it’s a little more than they can scoop up, but there’s a spoon with it so you can top your chip with the thick mess. Good… good eating. 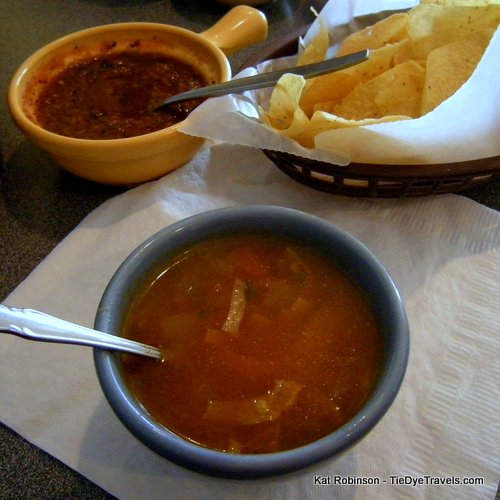 They do a tortilla soup that’s a rich tomato and onion broth, that’s very warming. There’s an undercurrant of paprika and black pepper to it that’s just enough to jump start your sinuses if you let it. Just enough. 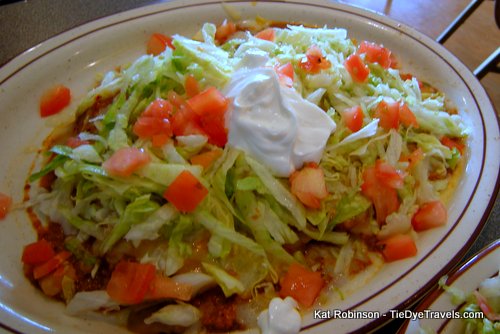 Went with my mom a while back, and she ordered one of the Faby’s Supreme Burritoes ($6.25 each). So it comes out, and it’s a big pile of tomatoes and lettuce and peppers and sour cream… in fact, as you can see from the picture, there could have been anything under there. What we did find under the vegetation was a thick burrito full of ground beef and what they call “gravy sauce” that did well with the topping. Sort of like soft nachos, I think is what we came up with. 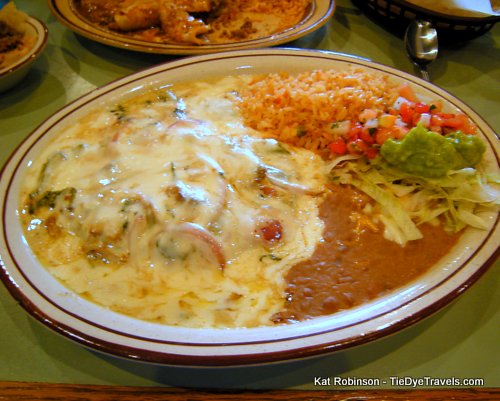 I really like Faby’s Pollo Acapulco ($7.49). It’s a chicken breast sautéed in white wine and butter and mushrooms and onions and cilantro, covered in Jack cheese and served up with refried beans and rice and… yeah, those awesome tortillas (they’ll bring you about as many as you please, thank goodness). Yes, you have to cut the chicken yourself before you place it on a tortilla, but we should all know how to cut our food by now. 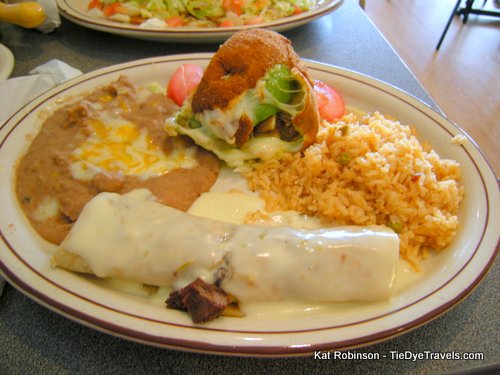 Another specialty Faby’s offers (and which I’ve seen around Conway a bit -- and nowhere else!) is a fried stuffed avocado. Faby’s offers two, a shrimp version and a chicken version. I tried the Chicken Stuffed Avocado ($7.50), which came with rice and beans and a beef fajita soft taco (in this case, covered in that strange cheese roux they call gravy). To describe this thing… hm. It appears they cook up fajita grade chicken, pack it and a good amount of that Manchego cheese and perhaps some other white melty goodness inside a split avocado where the pit was. They put it back together, wrap it in more cheese, batter it and deep fry it. That’s my guess. What you get is a very creamy interior punctuated by a bit of cheese-soaked chicken within a crispy crust. And it’s remarkably tasty. I’m sure it’s also extraordinarily fattening, but you only live once. 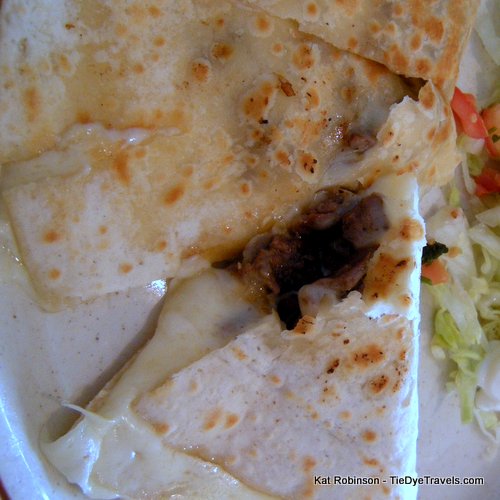 They like to stuff items with other items -- and stuff them full. The Fajita Beef Quesadilla ($6.49) is not a flat affair -- more a pocket full of tender beef fajita meat that’s just a little too puffed up for dipping in something else. Hey, that’s what your fork’s for. 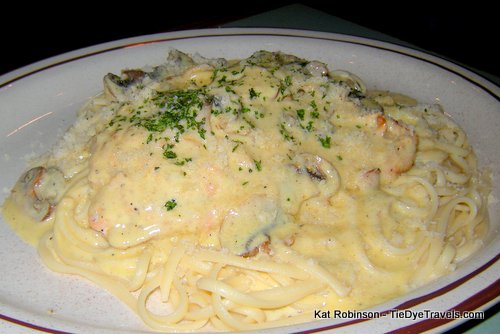 Of course, I haven’t even harped on the pasta… which is a shame, since it’s also worthy of note with handmade sauces and whathaveyou. I don’t think they make the pasta noodles, but I’m not holding that against anyone. We’ve sampled salmon with a lemon butter over pasta with butter sauce before -- a daily special when we went. There have also been times when we’ve enjoyed a good shrimp Alfredo. It woulda helped if I’d got it on my camera, eh? For sure.

We never quite make it to dessert, somehow. They have a very full dessert list with a Dulce de Leche and sopapillas and something I once saw called a Pedo that is… well, I have no idea what to make of that. And somehow I keep forgetting to order a couple of items that intrigue me, such as the Mushroom stuffed Chile Relleno and the Quail. One of these days, I suppose. That’s the problem with Faby’s -- the menu’s not quite as thick as a phone book but it might as well be, all those choices to dig through. If you’re indecisive much (like me) it can take a half-hour to make up your mind. Fortunately, they don’t mind if you take your time.